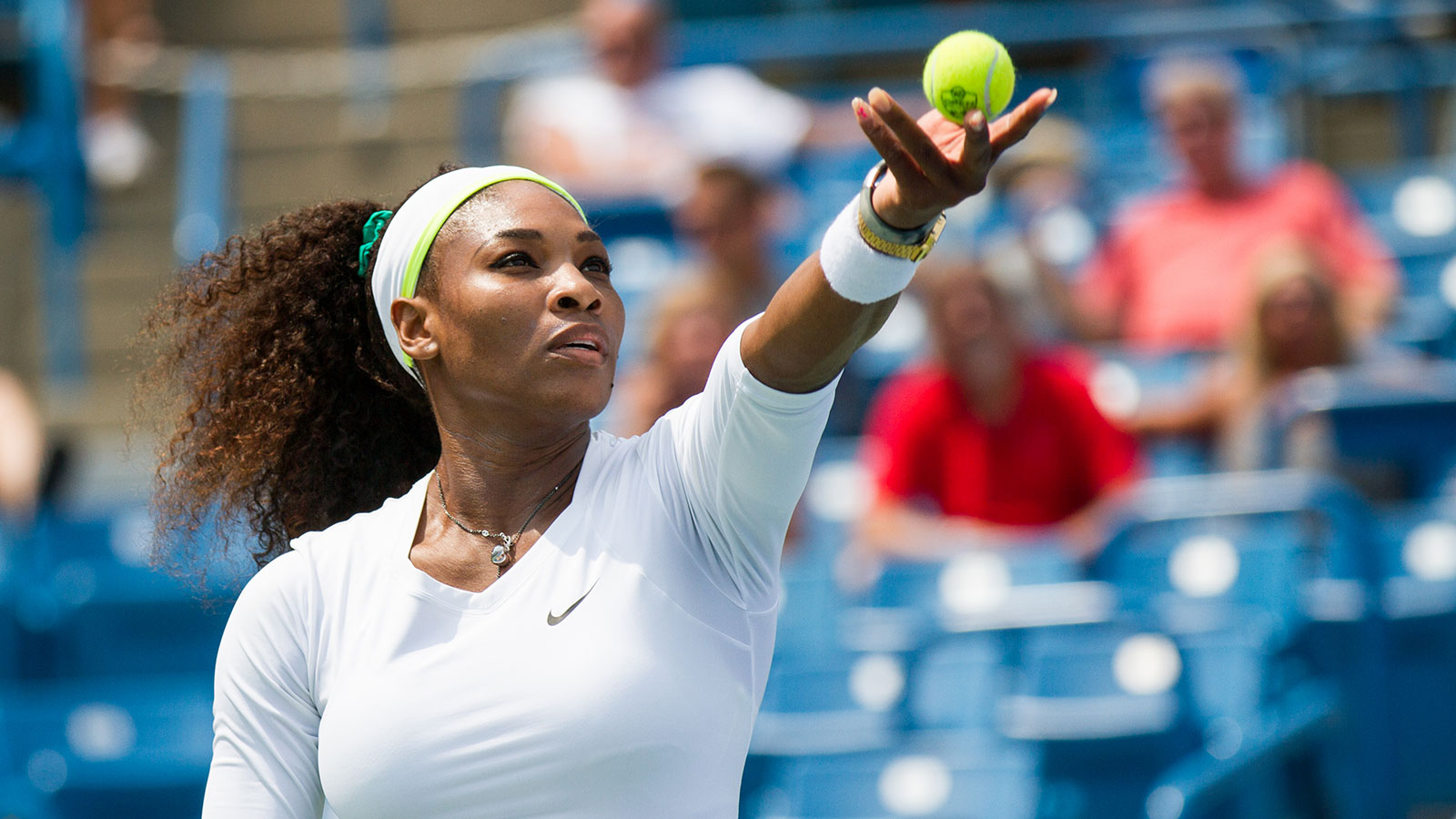 By Dr. Julianne MalveauxAugust 9, 2022No Comments

Unquestionably, Venus and Serena Williams revolutionized women’s tennis. With serves that approached the speed of light, fantastic agility, exceptional athleticism, and the grace of gazelles, they changed how women played tennis. Furthermore, they were outspoken about issues like pay equity, advocating that women tennis players should earn as much as men. While they were graceful, they were not gracious, sometimes because of the hateful, racist barbs lobbed at them. Serena had a couple of famous meltdowns and shouting matches with referees. She paid the price for them, and, often, she won anyway.

And she’s given us many magic tennis moments. Consider the iconic black catsuit she wore in 2018 as a new mom. Conventional tennis was aghast, and the French Tennis Federation went so far as to ban the look. Venus and Serena’s presence in championship tennis was an irritant to those who once saw tennis as a narrow white occasion, and their appearance was harshly criticized when, as teens, they sported beaded braids. Some criticism was so ugly and vociferous that one wonders if the protest was on the Williams sisters’ fashion or their simple presence.

While Serena has been well-sponsored, I don’t think she’s ever gotten her “due.” I’ll never forget the 2006 US Open “I Feel Pretty” campaign celebrating Maria Sharapova and her white blondness. The sizzling Serena is the antithesis of white blondness, and there has never been such a celebration of her Black beauty. Despite slights large and small (and it was rather disgusting to see all these Sharapova look-alikes sprinkled throughout Manhattan and on television “feeling pretty”), Serena has been the personification of Dr. Maya Angelou’s poem, “And Still I Rise.” “You can write me down in history with your bitter, twisted lies; you may trod me in the very dirt, but still, like dust, I rise.”

Serena says she is “evolving away” from tennis and toward other things, including her venture capital firm. After winning 23 grand slams, the most in the Open era, she says she will likely hang her racket up after this month’s US Open. Many say she is unlikely to win it – she’s not won a tournament since winning Wimbledon in 2016. More recently, she’s given birth to daughter Alexis Olympia Ohanian in 2017 and has since been plagued with injuries. Still, she has continued to compete and speak out about Black maternal health after her harrowing birth experience. She continues to grace magazine covers and remains an advocate for women, civil rights, and human rights.

Serena will be 41 on September 26. Her evolution is timely. She and her husband want to expand their family. She has other fish to fry in the sizzling grease of life. And she continues to inspire young people, not only tennis players but many others who admire her persistence, resilience, and presence.

Indeed, Serena’s evolution reminds us all about the seasons of life and the transitions we all experience as we age. Our movements are evolving, too. Even our methods of organizing are evolving. The internet has changed the ways we communicate, organize, and interact. It has changed how we view politics, economics, and even race matters. The combination of communications shifts and COVID has revolutionized the workplace, with only the most turgid bureaucracies insisting that things must be as they always were. Hybrid schedules and hybrid learning are more the rule than the exception, with employers learning that they can expect more productivity from workers who can enjoy flexibility. Additionally, our planet may benefit from the new workplace flexibility as our carbon footprint shrinks when we do less commuting.

Serena Williams and her sister, Venus, revolutionized tennis as we knew it fifty years ago when Martina Navratilova and Chrissie Everet dominated the sport. The Williams women opened the door for a generation of more diverse and hard-hitting players. Now Serena is doing another kind of role-modeling. She is modeling balance, the art of aging gently and gracefully, and the magic inherent in second and third acts and new life chapters. Serena has not always gotten her due, but she will always be an iconic champion, a tennis GOAT (greatest of all time). In her evolution, may she forever rise.