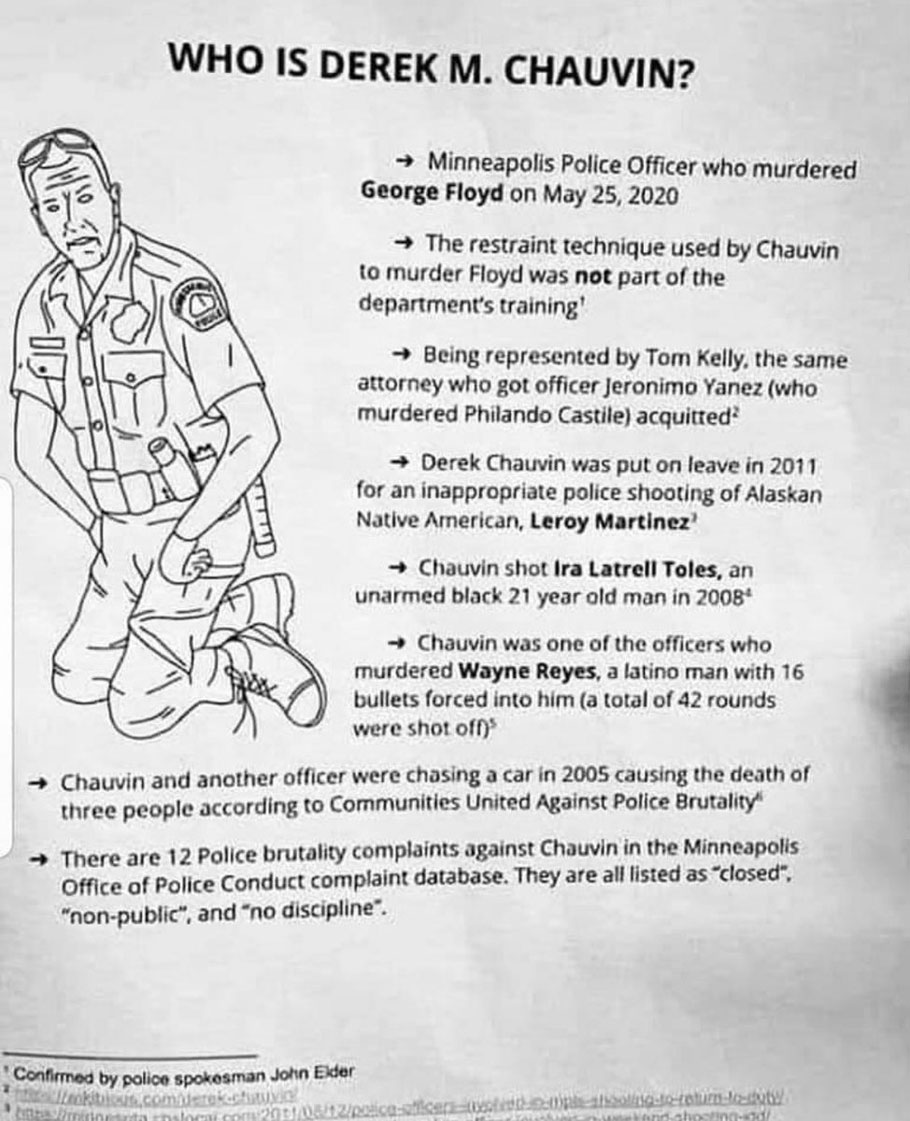 Here’s who I blame for George Floyd’s Murder

All sat there for years and knew from Chauvin’s record trail of mayhem he was a predator masquerading as a cop with a long history of violence, murder, beatings, abuse and more than a dozen citizen complaints.

ALL DID ABSOLUTELY NOTHING to get this beast out of a uniform and into a prison cell!

So, Put the Blame for Chauvin where it really belongs AT THE TOP!

That’s their license to beat, maim and kill which they freely exercise!