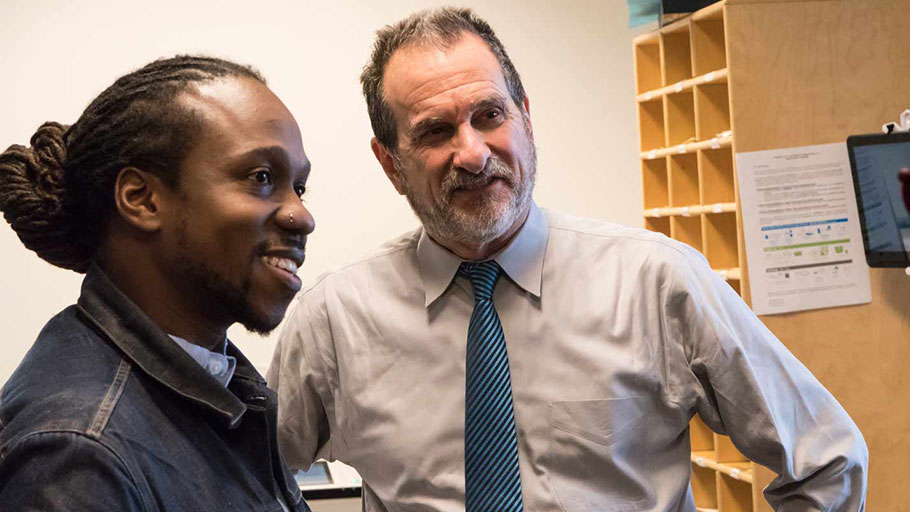 Maurice Mitchell wants the WFP to be a political home for working-class people of every race.

The Working Families Party, a progressive political political party that is active in 19 states, just announced that its longtime national director, Dan Cantor, has been succeeded in the role by Maurice Mitchell. The first black person to hold the post, Mitchell has two decades of experience in political and community organizing. Most recently, he co-founded Blackbird, a movement-building organization that offers communications services and has worked closely with Black Lives Matter Global Network. Mitchell brings deep knowledge about organizing in the most important racial-justice movement of our time to an organization that seeks to expand in the coming years.

The following interview was edited for length and clarity.

The Nation: You have an incredibly long organizing résumé—from political organizing in Long Island to union organizing, to starting your own firm. How did you get into this work to begin with?

Maurice Mitchell:My grandmother was a domestic worker and an immigrant from Trinidad. I often say that my politics were forged through her and my parents at the dinner table. That’s pretty much how I understand my work—from the lens of their struggles coming to this country, me going back and forth from Long Island to the Caribbean, growing up in a very ethnically and very class-diverse community in Long Island. I saw the challenges. I understand the realities—of the immigrant struggle, the struggle of undocumented people, the struggle of black folks, and the struggle of working-class people—firsthand.

TN: Those on the left are often accused of alienating the so-called “white working class.” Is that a real danger? What have your experiences working with these communities been?

MM:I have seen what’s possible and the realities around communicating with what’s called the “white working class,” which is [really] just the working class. I think there’s actually a great opportunity in this particular political moment as party identification is on the decline and people are very hungry for a political home, especially working-class people, for creating spaces where working-class people, of every race, in every region of the country, who have been affected by the very transactional corporate and institutional two-party system can be activated. I bring a lot of those experiences to bear in this fight.

TN: When Bernie Sanders was running for president, he was criticized for not being able to capture the hearts and minds of a lot of black voters. For a while, it seemed that he was unable to distinguish explicitly enough that racism was a central factor in economic injustice. When he finally came around to it, for many people, it was too late. Do you think that progressive organizations and movements, specifically the one that you just got hired to direct, are trying to course correct? Do you see your appointment as part of a new and necessary engagement with black voters and, obviously, voters of color and immigrant voters, since you include yourself as part of that community as well?

MM:Whether or not the premier front for struggle is economic justice or racial justice—that’s a false choice. My analysis and my experience tells me that actually both are intertwined and you can’t have racial justice without economic justice and you can’t have economic justice without racial justice. You have to have a completely ahistorical reading of American history and just be totally disconnected from actual lived experience that somehow separates it. I think it’s been a misstep of the left to engage in this false choice and this false debate. Certainly, I think me taking on this role is one way where the Working Families Party is signaling that it’s very much interested in settling this debate.

Also, you can’t successfully be able to mobilize black folks without talking about a black agenda, right? We need to be able to hold all of these things. I think there’s been folks who have attempted to learn wrong lessons from the 2016. [Some are saying], “Oh. Somehow by being upfront about race and racial justice, we somehow triggered this retrograde movement [backing Trump].” I think in reality, there’s really, really good thoughtful, meaningful, open, ways to engage folks around racial justice and economic justice and there’s ways that aren’t really helpful. That’s true about any endeavor that you take on.

TN: How does that translate into what you plan to do?

MM:The Working Families Party has expanded greatly over the past two years. We’re currently in 19 states and growing. I want to grow in areas where working-class people of every race need a real political home and haven’t found satisfactory political homes in the Democratic Party specifically, but in either of the parties. That means going to places that are not considered “progressive communities,” but places where our people are and engaging them in bread-and-butter issues that relate to their lived experience.

WFP has an opportunity to be transformational where the two parties are almost intractably transactional. I think it’s the difference between focusing on the win of 2018 or 2020, which of course has significant meaning, and building a party that’s actually ultimately engaged in this generational fight. Having [our members] feel like they do have a political home that’s going to fight for them and is offering something more than just marginal-issue campaign victories and marginal reform, but actually offering a whole new vision about how we transform our economy and how we transform the balance of power and shift power to everyday people. That’s not something that we’re going to resolve in an election.

TN: You’re the first black national director at the Working Families Party. How does that feel?

MM:I’m very cognizant of the significance of me being black and me coming from the black movement and taking on this mantle—both what it signals and then subsequently what it will actually mean and how we build a party going forward. For many black folks, it could mean that this might be a political home worth their investment in ways where that maybe had been harder for them to grasp. [And] it signals to people outside of black folks that the Working Families Party is actually really serious about engaging questions around racial justice and economic justice.

TN: You co-founded Blackbird, a communications firm that worked closely with the Movement for Black Lives. Most of the work you did, and MBL was doing, was taking place outside of electoral politics. Your becoming national director of a political party seems to be part of a trend—I recently spoke with Alicia Garza, a founder of Black Lives Matter, about her new organization, which is putting electoral politics front and center. What does this shift mean?

MM:That type of resistance—we need to build it, there needs to be more of it, and we [also] have to also contend with government. The Movement for Black Lives, this particular iteration of the black movement, is four years old and I actually think it’s a time in our development where we’ve demonstrated our ability to engage in those type of fights, and we’re going to continue.

If we want to capture those victories based on some of the energy that we built through protests, we need to support efforts like what’s going on in Jackson, Mississippi, for example, with [Mayor] Chokwe Antar Lumumba, and we need many more people like him running, and winning, on not just a reformist, corporate, Democratic agenda, but a freedom agenda that’s really bold, really exciting, really principled, and then translate many of the prescriptions that we offered in the movement into actual municipal policy.

If we could do that up and down the ballot, then we’ll be able to develop a way to translate our movement victories into governing victories, which is what I’m really excited about at this particular political moment with this particular organization.

The Untold Story of Mass Incarceration