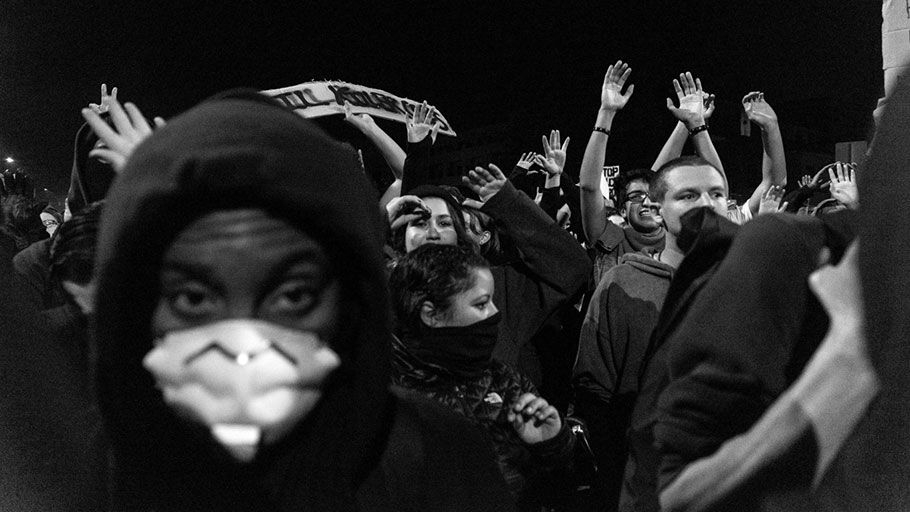 Fed up with Facebook, activists find new ways to defend their movements

You Are Here: Home » Blog » Commentaries/Opinions » Fed up with Facebook, activists find new ways to defend their movements

In the wake of revelations that the personal information of as many as 87 million Facebook users was used by data analysis firm Cambridge Analytica in 2016 for political purposes, reports indicate Facebook will contribute raw, anonymized data to a new Social Data Initiative via what is described as an independent, transparent and peer–reviewed process.

Will greater data sharing place the information of communities of color at greater risk? Or will making aggregated user data available data better inform our understanding of social media’s impact on society? Caught between these questions are activists of color and the vulnerable communities they represent.

Activists of color weren’t surprised by the Cambridge Analytica revelations. This scandal is only the latest in a string of worrisome disclosures about the use of social media by third parties, from foreign governments and electoral candidates to law enforcement agencies, to spy on the activities of users – especially immigrant, Black and other vulnerable communities.

With half of all U.S. adults already in police facial recognition databases and the 2018 midterm election season upon us, the issue of political data mining feels urgent to Black activists. “We are tracked by data mining companies that have contracts with law enforcement that profile and criminalize us. This works in tandem with designations like ‘Black Identity Extremism’, a made up term by the FBI to attack Black organizers,” said Janaya Khan, a Black Lives Matter activist and organizer with the national civil rights group Color of Change.

A supporter of a handful of protesters from the activist group the Raging Nannies who gathered outside of Facebook to demand greater data protection, Electronic Frontier Foundation Organizer Nathan Sheard, also raised concerns, “Facebook has a responsibility to its users.” He goes on to note that, “By default their [user] info should be kept secure.” Yet user information on Facebook remains extraordinarily vulnerable and far too available to third parties, without the consent of Facebook users.

Congress has joined the chorus of voices seeking answers. Mark Zuckerberg, Facebook Founder and CEO will testify at a joint hearing before the Senate Judiciary and Senate Commerce, Science, and Transportation committees on Tuesday, April 10 at 2:15 pm Eastern time. He’ll be back on Capitol Hill the following day for another hearing before the House Energy and Commerce Committee on Wednesday, April 11, at 10 am ET.

Congress’ failure to protect the data of vulnerable users has created real world fears for immigrant rights activists working tirelessly to protect undocumented families facing a wave of deportation under President Trump. Co-founder and Executive Director of United We Dream, Cristina Jimenez explains, “Our movement is led by undocumented immigrants and people of color, and under Trump we’ve seen our members targeted in phishing attacks online and chased by white supremacists out in the streets.”

These conditions have prompted some to delete Facebook, which must be done skillfully to ensure all personal data has actually been removed. Given that two–thirds of Americans get their news from platforms like Facebook, the likelihood that users will delete the social media giant is low. For others, the call to action is for Congress to pass laws that require greater data protection in order for Facebook to operate in the U.S. — which can take time.

Activists from the movements for Black lives, immigrant rights, Muslim freedom, and others protesting to save their lives, protect their families, or defend their environment and land can’t wait for data protection. These activists and the technologists who support them have come together to create a resource for keeping their accounts secure and to protect their critical work: defendourmovements.org.

I really like https://t.co/cTQYtrtDmo. I posted a question this morning on wifi security and got a really quick response. I think its a great resource for community orgs. #defendourmovements

The site, which includes a help desk and crowd-sourced knowledge base, was built to provide activists at the greatest risk of surveillance with culturally relevant digital safety tips, tools and support, vetted by technologists that understand and are participants in social movements. Its launch is accompanied by ongoing digital security trainings nationwide. Together, these tools and trainings offer a starting place for securing social movements in an increasingly frightening political environment.

After all, the Cambridge Analytica debacle is far from the first time corporations and government institutions have used Facebook and other social media platforms to spy on the most vulnerable in our society.

Just last month The Intercept reported that the Immigration and Customs Enforcement agency has also been using Facebook to do its “extreme vetting” dirty work, and it’s been confirmed that Russian government officials utilized multiple social media platforms to influence the 2016 election. And in that same year, Facebook, Instagram, and Twitter were forced to update their platforms after providing user’s data to Geofeedia – a social media surveillance company which marketed its tools to police officers nationwide, in order to monitor protesters and activists of color.

The ACLU has outlined immediate steps Facebook should take in response to this latest privacy disclosures, including implementing better auditing procedures and enforcement of its policies for developers, but the fight to preserve our right to resist online will continue regardless. The human rights organization Witness also chimed in with a thoughtful analysis of next steps the company could take.

Beyond the urgent need for digital security, what movement leaders understand is that if they don’t create these tools, no one else will. Activists cannot wait for Facebook and Mark Zuckerberg to change.

Hacker and security specialist Matt Mitchell said, “ All movements have those who secure the fight because they believe in it. They are the ones folks trust, the ones who sacrifice over and over again. They put time and love into the struggle. Belonging is what brings them to this work. Look, people working for justice and freedom have adversaries who work nine to five to slow things down. We’re being secured 24/7 by our organizing. That’s why we will win.”

We are the ones we’ve been waiting for. In a time when it is hard to tell what’s real and what’s not, digital security grounded in authentic relationships can make all the difference.

By Malkia Cyril is founder and executive director of the Center for Media Justice (CMJ) and co-founder of the Media Action Grassroots Network.