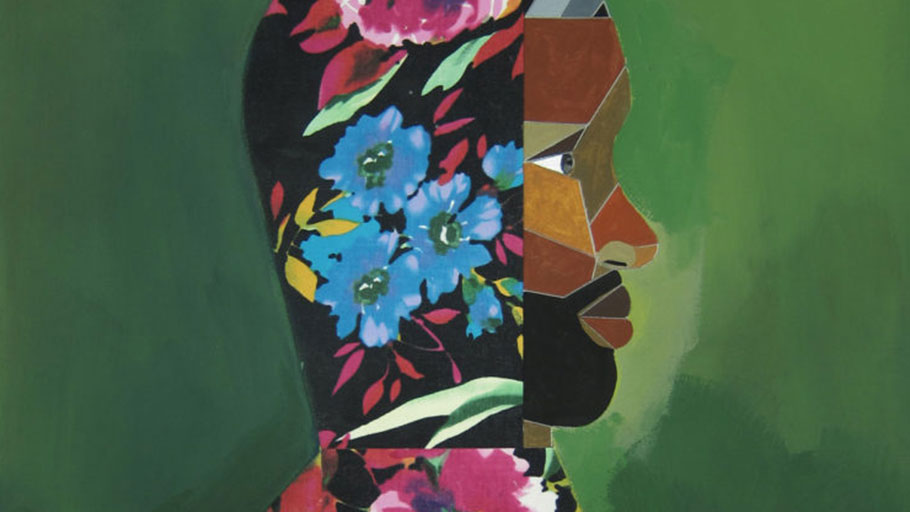 Who First Showed Us That Black Lives Matter?

You Are Here: Home » Blog » Commentaries/Opinions » Who First Showed Us That Black Lives Matter?

As a black philosopher, I am constantly navigating a path through the traditions and categories that define my profession. Most often, that navigation takes place between the canonical Western philosophy stretching back to Ancient Greece and the more recent intellectual output and contributions of previously excluded groups, including women, L.G.B.T people and African-American thinkers. This last tradition — the history of black thought — is a profound one for me; it is the foundation for my project of making sense of my place in America. But black thought’s role in our struggles for emancipation and the redemption of the American dream make it the inheritance of all Americans.

Today, our nation is about as racially fraught as it ever has been. Our racially lopsided incarceration rates have led the scholar Michelle Alexander to dub our period the New Jim Crow. The persistence of police-perpetrated extrajudicial killings, such as the one that left Michael Brown’s dead body in the street for hours in Ferguson, Mo., has brought to mind for many observers horrific murders of black people in the past, such as the heartbreaking case of Emmett Till. Add to this a president who identifies white supremacists as “fine people,” and it becomes reasonable for us to wonder not only how black folks feel about these situations, but how they think about them. After all, it is our bodies that are on the line every day the sun rises on America.

Black Americans’ continuous experiences with racial injustice prompt questions: What is racism, and why does it exist? How do we survive in America? And, since no one ought to live like this, what is to be done? That the black experience both motivates and unifies these questions is exactly the reason we can identify and study something called black thought. It is the intellectual tradition concerned with systematically and imaginatively studying and conveying the worst social, economic, and political treatment ever visited on a population, for nearly four centuries, and with no end in sight.

One invigorating aspect of black thought — whether it is expressed in philosophy, literature, art, film, music or dance — is its clear and direct impact on society. Tied as it is to urgent questions of human dignity, freedom and justice, its manifestations and effects can ultimately be seen everywhere from the graffiti-graced brick walls of America’s inner cities to the halls of gilded centers of art and education.

The most significant manifestation of this kind since the civil rights movement is Black Lives Matter. Widely credited to Patrisse Cullors, Opal Tometi and Alicia Garza in response to Trayvon Martin’s death on February 26, 2012, at the hands of George Zimmerman, and to Zimmerman’s subsequent acquittal. As America began to pay more attention to police shootings of unarmed blacks, the movement’s power grew. That power was derived from its simple, bold and irrefutably true proposition — that black lives do not exist for pleasurable disposal in a society still mired in its white supremacist history.

Yet, despite the obvious truth of that statement, we may wonder: What are the moral and political arguments that underwrite the claim that black lives matter? While there is no way to articulate the full scope of those arguments in a single essay, it’s worth considering the philosophical contributions of some of the forerunners of the movement that is our most urgent manifestation of black thought today.

The end of the Civil War and the subsequent ratification of the 13th Amendment in 1865 legally abolished slavery, but blacks quickly became subject to a displaced form of violence at the hands of white supremacists across the nation who typically used false accusations of sexual assault to justify lynching black men. Police turned a blind eye to these murders, and sometimes actively facilitated them.

Ida B. Wells, a leading black thinker and journalist in the late-19th and early 20th centuries, and a co-founder of the National Association for the Advancement of Colored People, built a public career documenting lynchings and calling America to account for them. Her arguments extended and amplified those made by Frederick Douglass before her. Douglass’s central claim in his seminal “The Meaning of July Fourth for the Negro” was that Americans should feel shame for slavery, given their country’s foundational commitment to liberty and the pursuit of happiness. We were failing our own ideals.

Wells pointed to the rise of lynching after the fall of slavery as not merely a legal matter to be rectified with new laws. Having fled her hometown to escape threats of her own lynching, Wells used the press to make her moral arguments. She described a nation in the grip of a dark remorse for freeing black Americans from slavery, and condemned white Americans for cruelties that violated their own commitment to the democratic project.

The horrors that Wells described were a factor in the Great Migration of blacks to the North, which fed the flourishing of black thought and cultural life that gave rise to the Harlem Renaissance. An indication that the Harlem Renaissance was always meant to be a period of radical black philosophy and social change was the name originally coined for the movement: The New Negro. Alain Locke, the Harvard-educated black intellectual who became known as the father of the Harlem Renaissance, envisioned a philosophical position that reinvigorated blacks’ relationship to their culture and that would in turn solidify their status as equal co-participants in our democracy.

A strong theme among some of the luminaries of the time focused on the will of blacks to assert their humanity against racism and to insist on their status as persons owed respect. Among those stars, the poet Langston Hughes was one of the brightest. His “I Too” is a quiet yet insistent poem depicting a black man employed by a white one and his struggle with invisibility. The protagonist resolves to sit at the table with the white folks the next day and show people how beautiful he is and that he, too, is America. The writer Zora Neale Hurston had an equally persistent but at times more playful take on the matter. In her essay “How It Feels to Be Colored Me,” she wrote, “Sometimes, I feel discriminated against, but it does not make me angry. It merely astonishes me. How can any deny themselves the pleasure of my company! It’s beyond me.”

Thinkers like Hughes and Hurston were involved in the Harlem Renaissance project of presenting a vision of black cultural vitality and worth that would rework the image of black Americans that whites typically relied upon. That stream of thought runs directly into the heart of Black Lives Matter.

Another valuable and necessary development to come out of the Black Lives Matter movement is the de-emphasizing of black patriarchy and the equal acknowledgment of the suffering of black women and the black L.G.T.B.Q. community. Though sexuality was an avenue of inquiry during the Harlem Renaissance, it was perhaps the mid- to late-20th century poet and theorist Audre Lorde who did the most to make black women’s sexuality a focal point of political and social philosophy.

While today “intersectionality” is bandied about as the cutting edge of social research, it was Lorde who in her writing insisted on complicating our view of personal identity by claiming that each of us belongs to multiple identity communities, all of which contribute to our sense of self and our purposes.

She also showed the broad reach of white supremacy and its effects on black Americans as they located themselves in more nuanced ways in the tapestry of American culture. For her, the primary form taken by resistance to racism was the denial of blunt categories imposed on black Americans, which stifled the possibility of an individual’s full flourishing. Lorde, then, called for a radical form of self-possession whose boundaries were not open to negotiation with a white society.

When people think of Black Lives Matter, they often think of anger feeding forceful protests. Anger is a reasonable response to racial injustice. To be certain, groups like the Black Panthers and thinkers like Malcolm X advised black Americans to get angry and take the doctrine of armed self-defense seriously. Though anger and love are not mutually exclusive emotions, James Baldwin and Martin Luther King Jr. affirmed a view of civic love to pre-empt the need for violence.

King espoused a form of Kantian regard that prioritized conceiving of every human, racist or not, as owed a kind of love that is grounded in the ideal of universal respect. Baldwin held a slightly different view. He felt black Americans ought to see whites as democratic kin or family, as people with whom blacks would have serious quarrels but also people whom it would be worth keeping close in order to strengthen and bring integrity to the bonds of shared democratic life. These two views of love eschewed violence yet insisted on militancy. While forgiveness and acceptance were hallmarks of King’s and Baldwin’s views, so was an unyielding commitment to self-respect and the demand for social change to institutionalize the idea that blacks were co-creators of the American kingdom.

Thinkers like Wells, Hughes, Hurston, Lorde and Baldwin not only anticipated the current Black Lives Matter movement but provided an intellectual blueprint to give depth and integrity to that slogan, so that its meaning transcends the demand to stop police brutality. It is a demand for whites to extend their historical imagination and recognize that the ills of racism are not the result of a few bad police officers or a few out-and-out racists in some far-off corner of America. The problem, rather, is a kind of complicity — one partaking in the false comfort that America has somehow escaped the trajectory of its racially murderous history. It is necessary that we to see our society today as continuous with that history and not anomalous to it.

Black thought’s primary contribution to the academy and to American society is the richness and precision with which it describes our worst demons to us, while offering a vision of how we might each save our democracy from the ruin of irrational fear and hatred.

Chris Lebron is an associate professor of philosophy at Johns Hopkins University and the author of “The Making of Black Lives Matter: A Brief History of An Idea.”