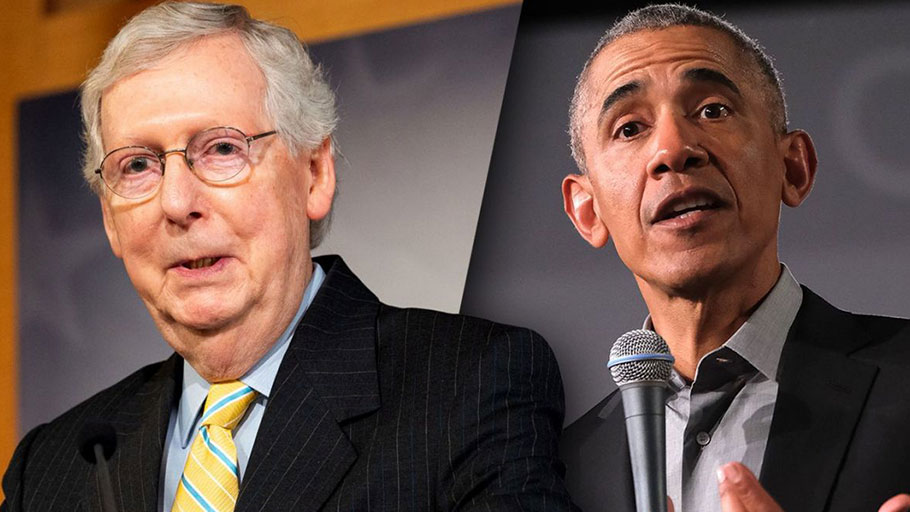 Forget the Presidency, Go For the Senate

You Are Here: Home » Blog » Commentaries/Opinions » Forget the Presidency, Go For the Senate

Trump may win. Though Senate Minority Leader Chuck Schumer would never in a million years publicly say anything like that. The brutal reality is he might. Schumer not so quietly has done the next worst thing and said that the Democrats need to get some candidates in place who can make a real run at Senate seats in several key states. The stated goal is to finally get a Democratic majority Senate. The unstated goal is to use a Democratic majority to do everything possible to put the brakes on a Trump rampage through a second term. Yet, there hasn’t been a lot of movement among Democrats in that direction. The sad part is the Democrats have a solid handful of Democratic Senate contenders.

Those contenders are the among the top-heavy bunch fighting for the Democratic presidential nomination. Julian Castro, Beto O’Rourke, Pete Buttigieg, John Hickenlooper, and Steve Bullock to name a few. So far, they have either flatly said no, or said nothing. They have no chance for the presidential nomination. But their run has given them greater name identification, the potential to generate resources, and endorsements, and solid Democratic party credentials.

True a mere Senate seat can’t compare with the allure, attention, and prestige of being a presidential candidate and being on the big national stage, no matter how fleeting and momentary that might be. To tell them to forget the presidency and try for the Senate seems for now a waste of breath.

Now back to Trump, if he wins, the Senate will be the court of last resort for Democrats against him. There is history to prove what a Senate controlled by the party out of the White House can do. First as Senate Minority Leader and then as Senate Majority leader, Mitch McConnell made a pledge to make Obama a failed president, meaning defeat him at the polls for reelection. That didn’t happen. Unfazed, McConnell simply changed only one word from that vow from failed president to failed presidency.

During Obama’s first and especially the second term, the GOP used several formidable weapons to hammer him. It had the power to say no in Congress. It did that repeatedly in the Senate on one issue that flew under the public’s radar scope. It refused to confirm legions of Obama’s judicial appointees. He’s had fewer of his judicial picks confirmed then any first term president in the last quarter century. That included even district court nominees. In years past their confirmation had been routine. Conservative judges had already shown they can obstruct or torpedo Obama administration policies with their anti-environmental, anti-gun control, and pro-corporate rulings. GOP leaders also showed that they could harass, harangue, and try and intimidate Obama on his cabinet picks.

The GOP also dithered, delayed and obstructed implementation and funding of health care reforms, tax and budget proposals, and regulatory reforms that needed bipartisan cooperation to pass. This was crucial since Obama needed to strike deals and make compromises with the GOP to get anything done in Congress. That necessity was even more compelling given the repeated rancorous battles over the debt ceiling, immigration reform, spending cuts, and reforms of Social Security, Medicare and Medicaid.

The GOP’s greatest weapon was the frozen political divide in the country. Nearly 50 percent of the nation’s voters not only did not support Obama but expressed total contempt for his policies and his administration. The GOP banked that it could swivel this divisiveness into sustained opposition to those policies, and that it could buy enough time with that to further boost its numbers in the House and especially the Senate. It’s a long game strategy worked to a tee with the Senate.

There are two scenarios that the Democrats are faced with in 2020. One is that Trump wins and the GOP retains control of the Senate. The other is that a Democrat wins, and they do not retake the Senate. Either scenario spells disaster for the Democrats. Trump will have free rein to really remake America in his and the GOP’s image Or, with a Democrat in the Oval Office, it will be Obama all over again. The GOP will do the same dither, duck, dodge and delay, which spells obstructionism to any program, initiative and legislation that a Democratic President will put forth.

Earl Ofari Hutchinson is an author and political analyst. He is the author of Why Black Lives Do Matter (Middle Passage Press) He is a weekly co-host of the Al Sharpton Show on Radio One. He is the host of the weekly Hutchinson Report on KPFK 90.7 FM Los Angeles and the Pacifica Network.