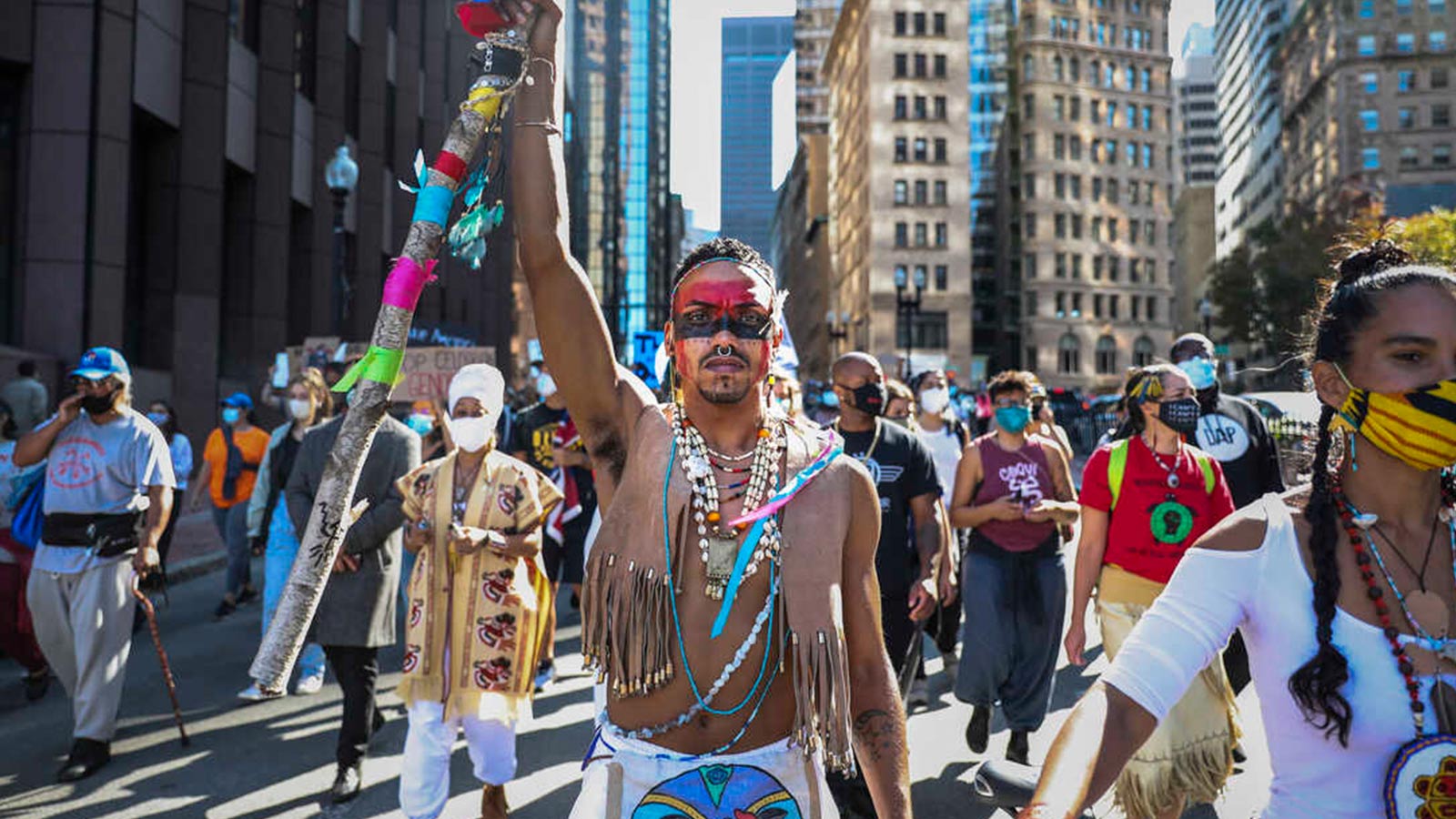 President Biden issued a proclamation on Friday to observe this Oct. 11 as a day to honor Native Americans, their resilience and their contributions to American society throughout history, even as they faced assimilation, discrimination and genocide spanning generations. The move shifts focus from Columbus Day, the federal holiday celebrating Christopher Columbus, which shares the same date as Indigenous Peoples’ Day this year.

Dylan Baca, a 19-year-old Arizonan who was instrumental in helping broker the proclamation, is overwhelmed by the gravity of Biden’s action.

“I still don’t think I’ve fully absorbed what that has meant,” he said. “This is a profound thing the president has done, and it’s going to mean a lot to so many people.”

What is Indigenous Peoples’ Day?

Indigenous Peoples’ Day advocates say the recognition helps correct a “whitewashed” American history that has glorified Europeans like Italian explorer Christopher Columbus who have committed violence against Indigenous communities. Native Americans have long criticized the inaccuracies and harmful narratives of Columbus’ legacy that credited him with his “discovery” of the Americas when Indigenous people were there first.

“It is difficult to grapple with the complete accomplishments of individuals and also the costs of what those accomplishments came at,” said Mandy Van Heuvelen, the cultural interpreter coordinator at the Smithsonian’s National Museum of the American Indian.

There are no set rules on how one should appreciate the day, said Van Heuvelen, a member of the Cheyenne River Sioux Tribe from South Dakota. It’s all about reflection, recognition, celebration and an education.

“It can be a day of reflection of our history in the United States, the role Native people have played in it, the impacts that history has had on native people and communities, and also a day to gain some understanding of the diversity of Indigenous peoples,” she said.

The idea was first proposed by Indigenous peoples at a United Nations conference in 1977 held to address discrimination against Natives, as NPR has reported. But South Dakota became the first state to replace Columbus Day with Indigenous Peoples day in 1989, officially celebrating it the following year.

Biden’s proclamation signifies a formal adoption of a day that a growing number of states and cities have come to acknowledge. Last week, Boston joined Arizona, Oregon, Texas, Louisiana, Washington, D.C., and several other states in dedicating a second Monday in October to Indigenous Peoples’ Day. Native Americans have borne the brunt of the work to make that happen.

Many state and local governments have gone a step further. More than a dozen states and well over 100 cities celebrate the day, with many of them having altogether dropped the holiday honoring Columbus to replace it with Indigenous Peoples’ Day.

What might seem to some like a simple name change can lead to real social progress for Indigenous Americans, said Van Heuvelen.

“What these changes accomplish, piece by piece, is visibility for Native people in the United States,” she said. “Until Native people are or are fully seen in our society and in everyday life, we can’t accomplish those bigger changes. As long as Native people remain invisible, it’s much more easier for people to look past those real issues and those real concerns within those communities.”

What about Columbus Day?

Columbus Day remains a federal holiday that gives federal government employees the day off from work.

The day was first founded as a way to appreciate the mistreatment of Italian Americans, and Congress eventually made it a federal holiday in 1934.

“Italian American culture is important, and I think there are other times and places to recognize that. But I think it’s also important to also recognize the history of Columbus Day itself,” said Baca. “Should we recognize a man whose labors killed children, killed women and decimated the Native American population here? I don’t think that is something that we want to be honored.”

Monday marks Oregon’s first statewide recognition of Indigenous Peoples’ Day, in place of Columbus Day, after its legislature passed a bill brought by its Indigenous lawmakers. Rep. Tawna Sanchez, one of those lawmakers, says the movement to recognize the day is an ideal time to capitalize on the momentum of political recognition.

“I don’t know that we’ll ever get to a place where people have their land back or have the recognition of who they are, to the degree that we that we need to or should. But the fact that people are paying attention at this very moment — that’s important, because we will have a greater opportunity to educate people and help them understand why we are where we are right now,” she said.

“History is always written by the conqueror,” said Sanchez. “How do we actually tell the truth about what happened and where we sit this very moment? How do we go forward from here?”

Featured Image: Protesters marched in an Indigenous Peoples Day rally in Boston on Oct. 10, 2020, as part of a demonstration to change Columbus Day to Indigenous Peoples’ Day. Boston made that change last week. (Erin Clark/Boston Globe via Getty Images)