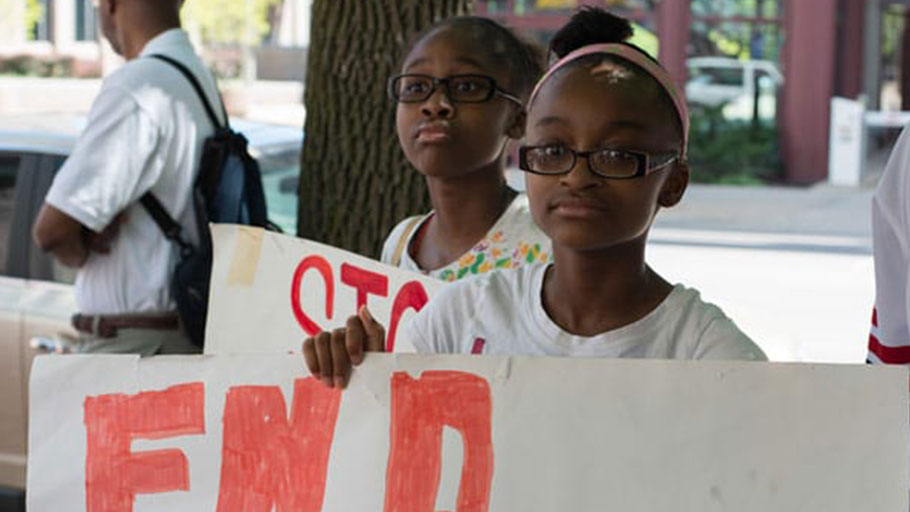 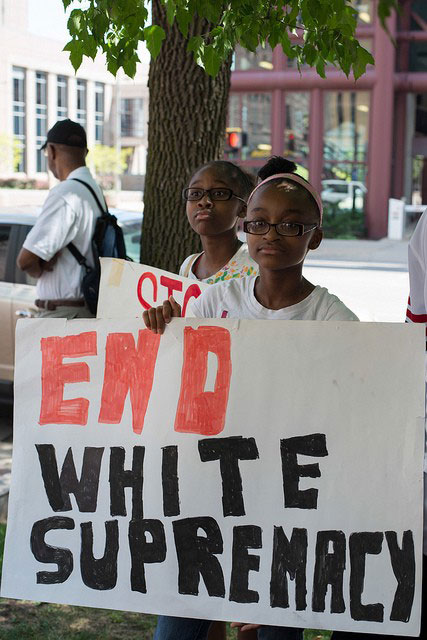 A year or two ago, the term “white supremacy” was considered inflammatory in white-dominant spaces. Now, as major newspapers struggle with how to write about white supremacy, The Root’s Michael Harriot does black people a favor by cleverly and patiently letting others know what we knew all along.

Faced with the task off reflecting on a historic week of racist, anti-Semitic, right-wing violence, however, liberal and centrist media outlets have continued with, at best, fangless and, at worst, equivocal responses to the rise of fascism.

As an example, Lennard describes a New York Times op-ed from the editorial board which cites statistics showing that hate crimes are on the rise and offers a solution: “more good speech, from more good people.” She notes that rather than state that racists are the problem, the board sidesteps by suggesting it is “good people” who have to change. (Never mind, we may differ on what, and whether, that is.)

Lennard reminds us, “In the months following the 2017 Charlottesville ‘Unite the Right’ rally, six of the most prominent American newspapers ran 28 opinion pieces condemning anti-fascist action, according to FAIR, but only 27 condemning neo-Nazis and white supremacists.” This even though white supremacist violence constituted 59 percent of “extremism-related violence” that year.

Lennard concludes that since Trump has been in office, no mainstream media outlet has addressed white supremacy as the most dangerous ideology in the US.

Now Caucasian journalists are expecting to share the Pulitzer Prize for Whiteness after their grueling investigative work revealed the discovery late last week. While a group of social scientists known collectively as “the blacks” have talked about the possibility for centuries, before news outlets began acknowledging the existence of institutional white supremacy last week, experts regarded any reference to the phenomenon as an unproven hypothesis.

This statement resonates with what NPQ is hearing from people of color in nonprofits. In a recent conversation, a Black woman spoke of the weaponization of knowledge in her organization, referring to the way it privileges certain forms of knowledge over others and how this practice buttresses the oppressive systems many nonprofits seek to change. In this case, the weaponization refers to how this organization credentials people who may have advanced degrees (or organizational status) over those with lived experience. What’s worse is that these credentialed people, who are often white, are the ones that set policy, even around racial equity. Oftentimes, the results are absurd, but the absurd is often legitimate in dominant culture.

White Supremacy is a cancer.

Politicians, the media and white America as a whole, all made the conscious decision to disregard the symptoms until they were impossible to ignore. Either white supremacy didn’t exist before last Monday or white people considered it a benign lump in their otherwise healthy society. As it spread, they were willing to pretend their country wasn’t suffering from an illness even though they saw black America coughing up blood.

Similarly, in our sector, the idea, if not the practice, of racial equity is becoming mainstream. We now have white people using (somewhat) race-conscious language as they continue to dominate—to hold strongly to their positions as leaders, as the main thinkers—as their organizations seek to address the rampant lack of racial equity. White leaders seek to change enough to continue to be seen as legitimate in an increasingly pluralistic world, without having to shift power dynamics, much less their posts.

As with mainstream media, we have not yet come to the point in our sector where we denounce white supremacy directly. For people of color in the sector, it is not uncommon to commiserate with a white coworker who’s upset about the crazy state of the world, when for us it has always been this way. To work in the sector, we often develop a triple consciousness—the white dominant way, our own POC way, and the POC in a white-dominant space seeking to address racial equity way. The stress is palpable.

As demands for racial equity grow around the country and in our sector, the absurdities multiply. All the talk about racial equity is just that, talk, unless we’re also willing to talk explicitly about and share power; that is, power over narrative, decision making, and resources. Put your power where your mouth is; if you’re not willing to shift power, don’t complain about the state of the country.—Cyndi Suarez

Cyndi Suarez is a Senior Editor at NPQ. She is the author of “The Power Manual: How to Master Complex Power Dynamics,” in which she outlines a new theory and practice of power. She has worked as a strategy and innovation consultant with a focus on networks and platforms for social movements. She studied Feminist Theory and organizational development for social change