Young Brazilians Share Their Fears About a Bolsonaro Presidency

You Are Here: Home » Commentaries/Opinions » Young Brazilians Share Their Fears About a Bolsonaro Presidency 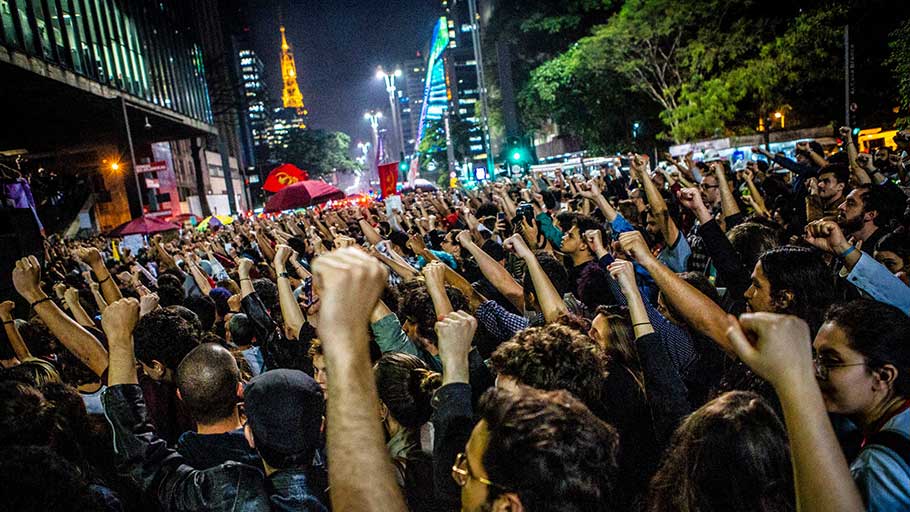 “I want a country where black people and LGBTQ individuals can walk freely. As a woman, I want to walk around without being afraid I’ll get raped.”

On Tuesday, October 30, thousands of young people took to the streets of São Paulo, Brazil to protest the far-right ideas of Jair Bolsonaro, the authoritarian candidate who won the country’s presidential elections on Sunday. According to the organizers of the event, over 20,000 people were in attendance. Chanting “Ele Não” (“Not Him”) and carrying signs protesting fascism, hate speech, homophobia, and racism, young people called for change as they marched through the city’s main avenues. Prominent political leaders attended the demonstration as well, giving speeches that rallied the crowd.

After the speeches, I asked young Brazilians what they expect from the next four years now that the resistance movement is officially underway. 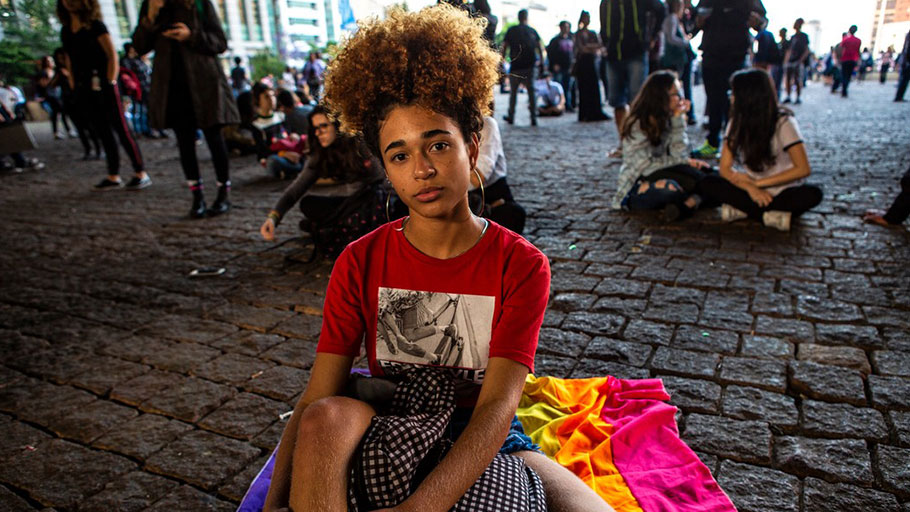 We’re taking to the streets to express how we feel. Even though [Bolsonaro] won the election, we’ll keep fighting for our rights. I hope we still have our freedom. We shouldn’t be afraid just because we’re gay. I wish people could be who they are without any fear. I want a world where people are open-minded and respect one another. 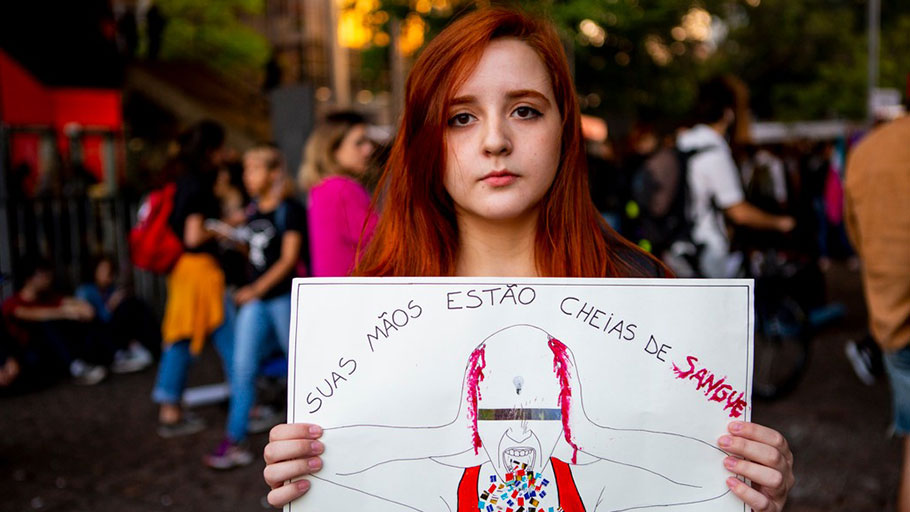 I’m here fighting and participating in the resistance in a country where people still suffer from so much prejudice. I want a country where black people and LGBTQ individuals can walk freely. As a woman, I want to walk around without being afraid I’ll get raped. I want to go out with my friends without being afraid of anything. I’m not fighting only for myself. I’m fighting for all my friends and people who are very afraid.

I don’t think everyone who voted for Bolsonaro is actually fascist. I believe some of them are lost and uninformed. I don’t think he’ll change much. He didn’t do anything in his 27 years as a congressman. He won’t get everything done now in four years as president. 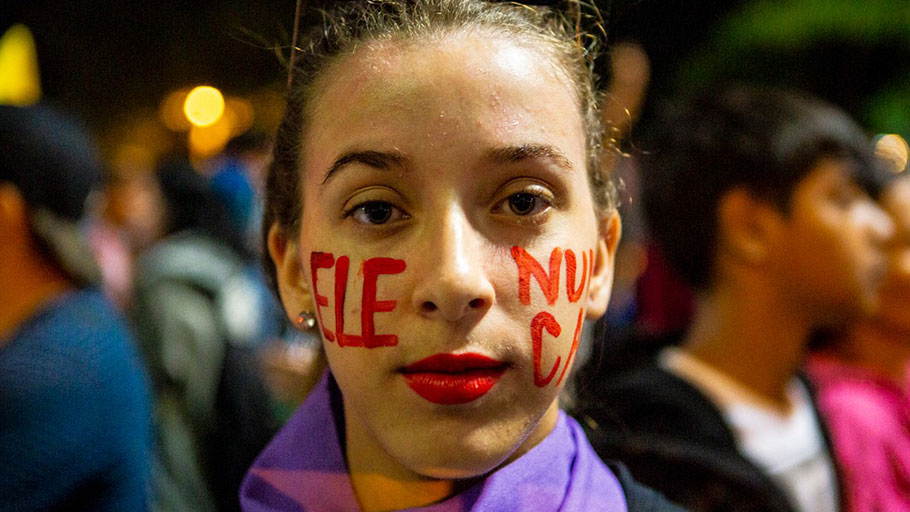 I live [in a low-income area] outside the city, my mom is a teacher, and I’m here because I know this future administration has fascist elements and will want to oppress minorities. I’m not afraid of Bolsonaro―I’m afraid of the people who voted for him, because they’re fanatics and extremists who resort to hate speech. People who used to say they weren’t homophobic or racist are now coming out of the shadows. I don’t want a government that will oppress minorities. I’m deeply sad for the Brazilian people. 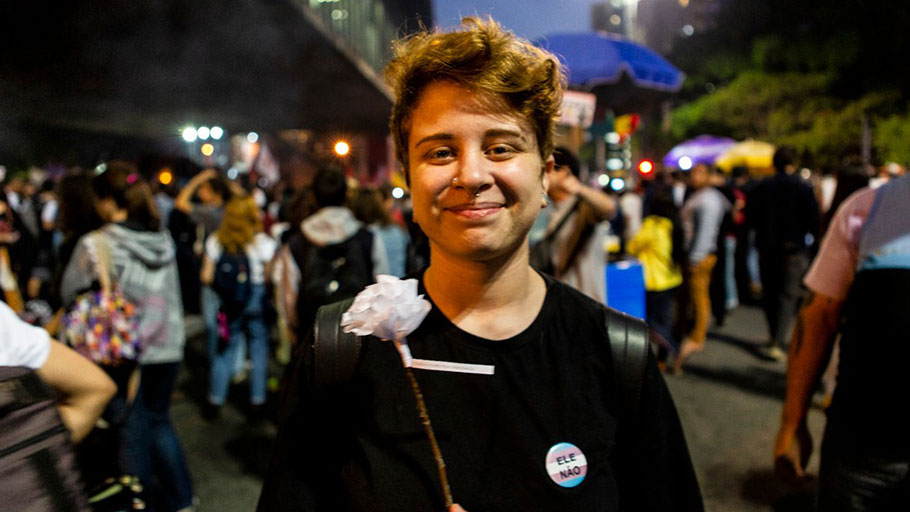 Bolsonaro is an extremely racist, misogynistic, and homophobic guy. I think people elected him without thinking. My parents voted for him, and here I am. It’s been very hard for me, but I must face it and try to make a difference. This white rose is a symbol of our hope for peace right now. 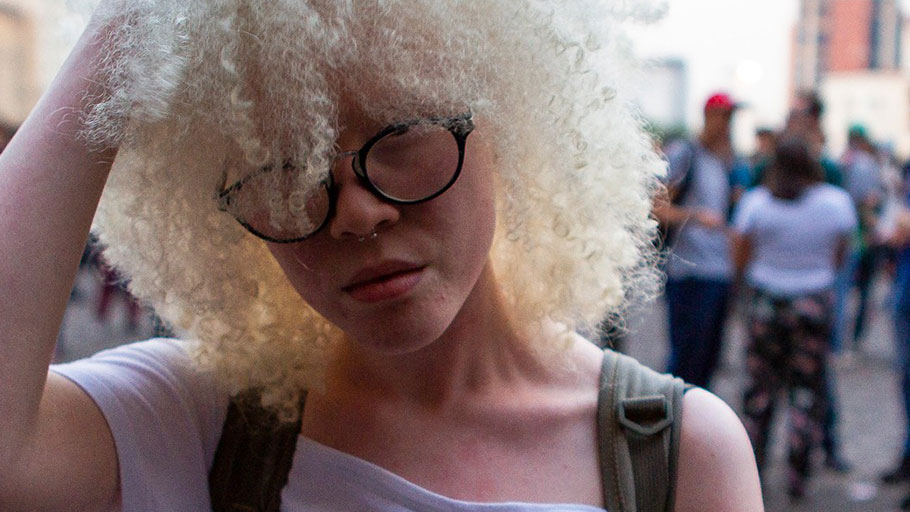 As a sociopolitical minority―a woman who is disabled, not heterosexual, and from the outskirts of town―I’m here to show everyone that I exist. It’s very important that people who elected [Bolsonaro] can understand that I’m not alone in this. These are the moments when it’s important to show that we won’t stay quiet and that we feel welcomed.

Electing someone who preaches violence is against everything we stand for. Everyone knows someone who’s a minority. Yes, I’m afraid. But, as Nina Simone said, “I’ll tell you what freedom is to me: no fear.” I’m not afraid of facing my fears. 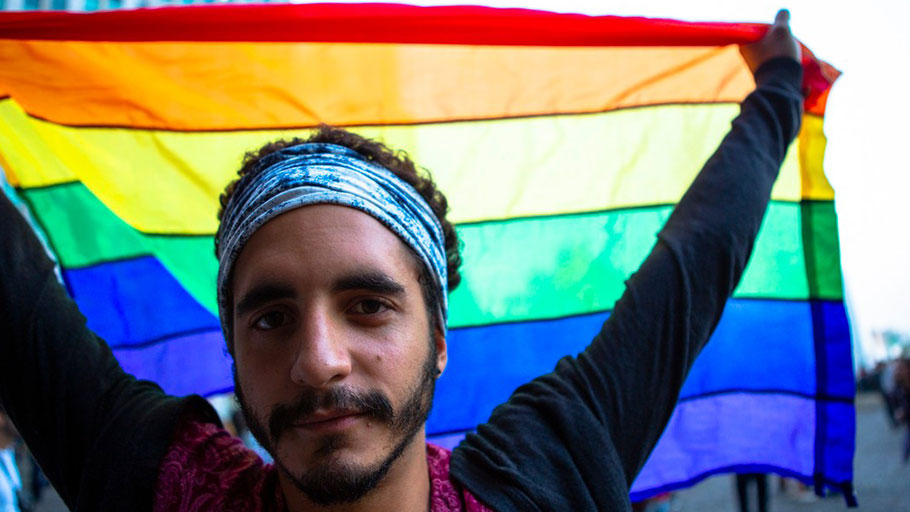 How slaveholders in the Caribbean maintained control

How slaveholders in the Caribbean maintained control
We Need Your Support — Donate, Share, Sign-Up Ways to Support