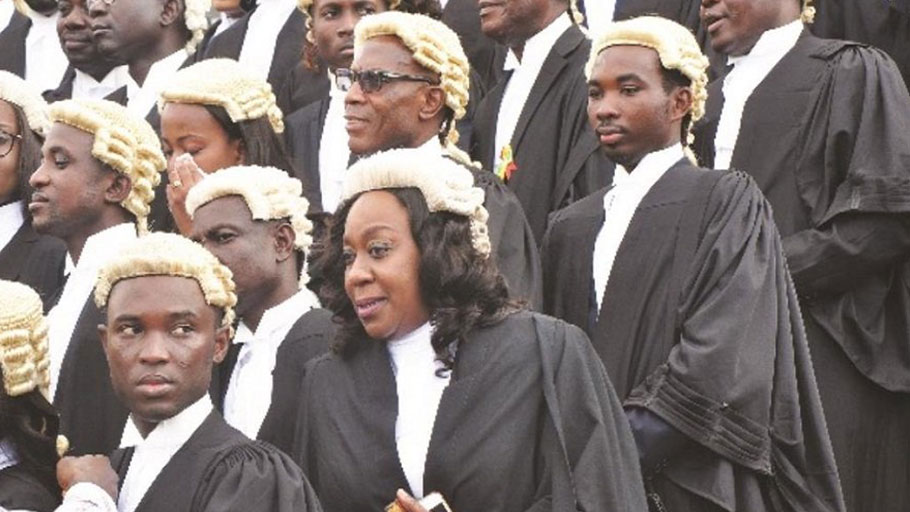 How African courts glorify colonialism with wigs and gowns

You Are Here: Home » Blog » Commentaries/Opinions » How African courts glorify colonialism with wigs and gowns

The tradition of wearing horsehair wigs, perukes, ‘a term derived from the French word perruque (weaving wig)’ and gowns by the judiciary predates the 15th Century. In the 14th Century, during the reign of King Edward III, the accepted costume for nobles who appeared before the Court of the king was the robe.

Later in the 17th Century, the gown was adopted together with the peruke (horsehair wig) as the formal apparel of judges and lawyers, a bid to differentiate the elite from the commoners. 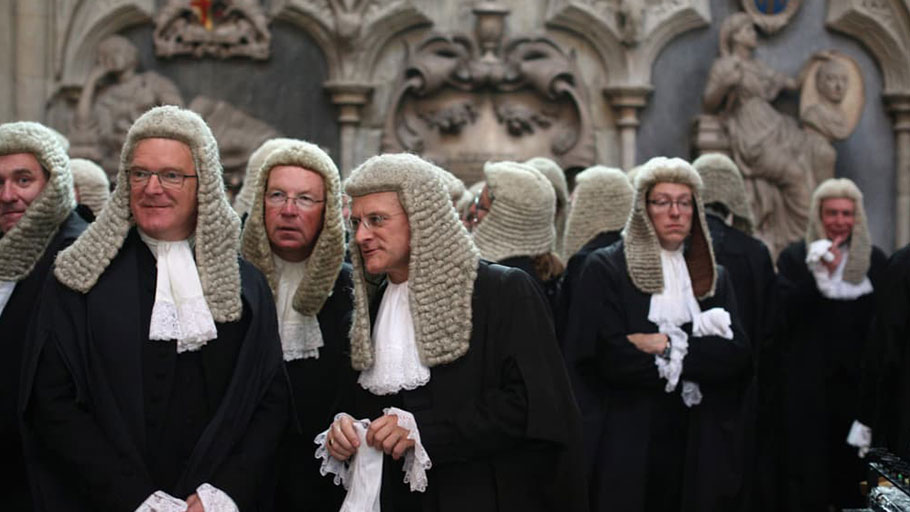 Originally, judges were required to wear purple robes on ordinary days, and red robes in ceremonial instances and criminal matters with the possibility of a death sentence decision. After the death of the king, however, they were changed into mourning gowns of black, a change that was later adopted by all.

After half a century into the end of colonialism, courts in many parts of Africa still cling to this old English tradition. While the originators of this tradition have long abandoned it, some African jurists have written scholarly papers and given talks on why the wig and gown tradition should not be abolished in their courts.

Many African lawyers are against the wearing of wigs and gowns but they are faced with fierce opposition from legal bodies that set strict regulations. Last year, Ghana’s Chief Justice, Sophia Akuffo, cautioned lawyers in the country to wear the wigs to “preserve the tradition”. 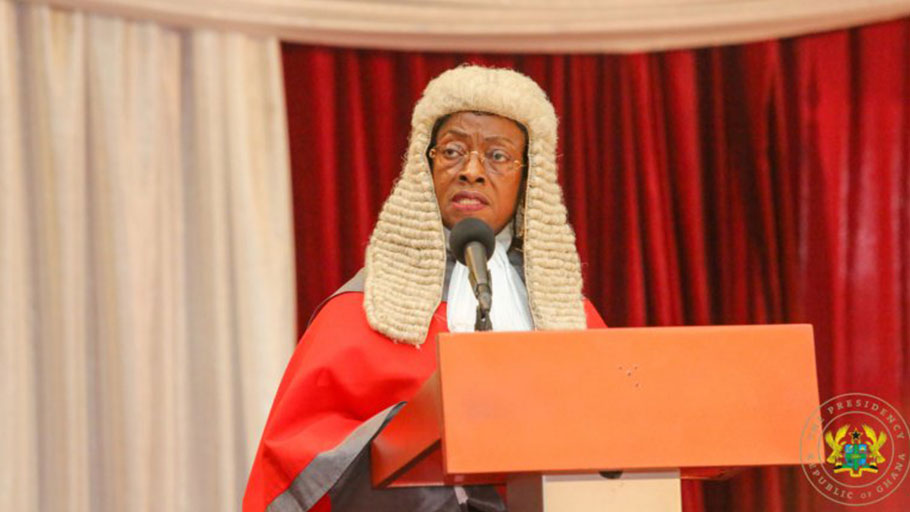 This same country is the home of lawyer, nationalist and Pan-African culturalist, Kobena Sekyi (formerly William Esuman-Gwira Sekyi) who is famous for actively resisting European rule and cultural imperialism in the early 1900s, to the extent that he vowed never to wear European clothing again, and became the first lawyer in the then-Gold Coast colony to appear in court in a traditional African cloth. 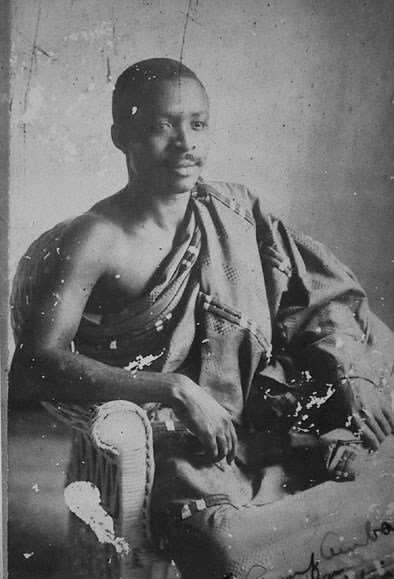 A group of jurists in support of the colonial outfit argue that the long and short wigs worn by judges and lawyers, respectively, are symbolic to the objectivity of the law. Since the long wigs of the judges cover both ears, it is presumed that the judge’s ears are shut to both parties in the matter to prevent bias.

The short wigs of the lawyers, however, imply that the lawyer listens to both parties involved. This symbolism affirms the audi alteram partem (translated to wit as ‘hear the other side’) rule of natural justice.

Is this to say that those African countries that no longer practice this obscure tradition do not understand the principles of natural justice? Does this in any way mean that judges in those areas ’tilt’ their heads in the dispensation of justice? Certainly not.

The only effect these costumes have in courts in actual sense is the heat it promises. These costumes are not favorable to the African weather. Africans often find themselves in too much heat that they do not need the help of a European costume to plant heat on their skins. We could have an endless talk on the harm these wigs and gowns could have on the brain due to the excessive heat in most African courtrooms.

Again, there is the argument that the practice maintains the tradition of the courts by bringing dignity and formality in court proceedings. To those in support of the tradition, the air of weight the wigs and gowns carry with them is the only thing needed to bring sanity into the courtrooms. This argument is highly flawed. The adornment of the wigs and gowns does nothing to the substance of the laws. It is merely a procedural fluff. 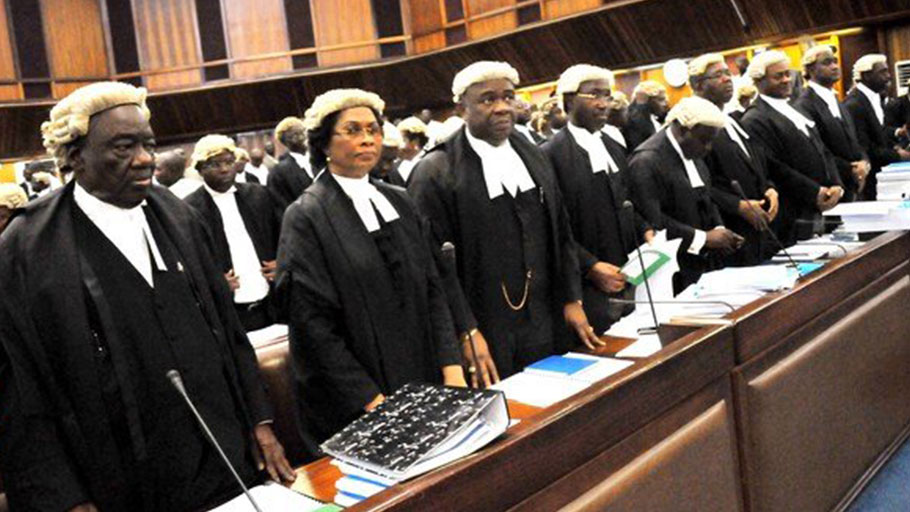 From a realistic viewpoint, the adornment of the wig and gown has little or nothing to do with the administration of justice, like polygamy and adultery have nothing to do with sexual satisfaction. They are questions of power and status, and the adornment of these things is wholly an indication of the tendency of the African leader to cling to power.

The only thing this fancy garb does is to sequester the high and mighty from the ‘inferior’ in the courts. This is a glaring praise to colonialism, massaging the back of the very brutalities meted out to a people through segregation and classifications.

Others are of the view that this tradition retraces the history of Africans as a people. But, is it necessary that Africans wear this costume to remember their past? How do we heal our wounds if all we do everyday is open them and touch their wet surfaces? Wearing the wig and gown to remind ourselves of our past is like willingly leading our daughters into the homes of older men who touched them in their sleep at night. Must our daughters live in their homes because they said they have stopped raping young girls?

Truth be told, this practice is brutish, backward, reactionary and of no significance today, and thus, should be jettisoned. It merely glorifies the masters’ way of intimidating their subjects, inciting eminent fear among the people by divisions and classifications.

Sika-Ayiwa Afriyie Safo is an African writer, poet and storyteller from Ghana. She is passionate about telling African stories from the African perspective, with an utmost focus on cultural and social issues. Sika is in love with food, books, music and fashion.