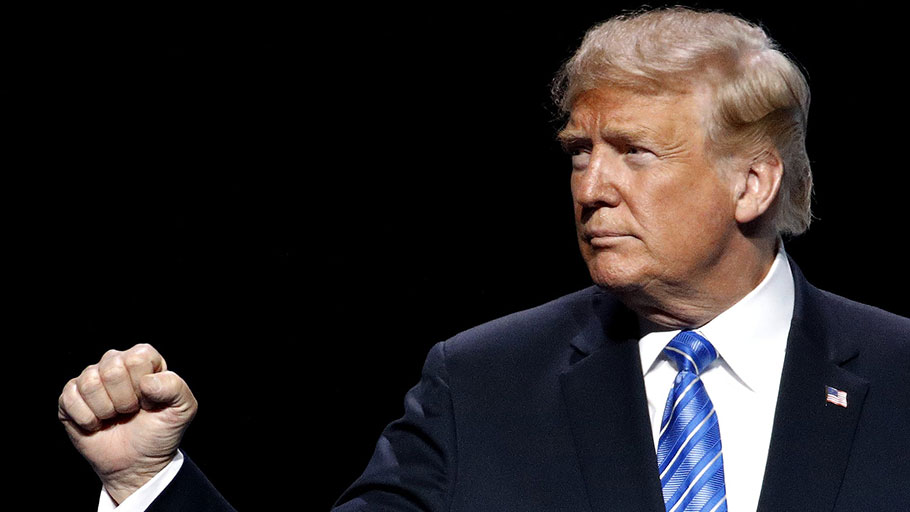 How Fascism Works review: a vital read for a nation under Trump

You Are Here: Home » Blog » Commentaries/Opinions » How Fascism Works review: a vital read for a nation under Trump

Donald Trump acknowledges the crowd after an address to the Veterans of Foreign Wars in Kansas City, Missouri. Photograph: Charlie Riedel/AP

By Tom McCarthy, The Guardian —

One of the insidious ironies of fascist politics, the philosopher Jason Stanley writes in his arresting new book, is that talk of fascism itself becomes more difficult because it is made to seem outlandish.

The normalization of the fascist myth “makes us able to tolerate what was once intolerable by making it seem as if this is the way things have always been”, Stanley writes. “By contrast the word ‘fascist’ has acquired a feeling of the extreme, like crying wolf.”

The assertion that immigrants are responsible for social ills that threaten to ruin a once-great nation, for example, might represent run-of-the-mill racism or xenophobia. His book’s subtitle is after all “The Politics of Us and Them”. But the idea is also drawn from a blueprint shared by the most robust fascistic regimes in recent history.

Does such an assertion, then, deserve to be called “fascist” or not? Is it responsible to use the word or is doing so inflammatory? Does diagnosing fascism help beat it?

The young presidency of Donald Trump has produced an impressive new popular literature on fascism, from Cass Sunstein’s Can it Happen Here? to Madeleine Albright’s Fascism: A Warning, to Steven Levitsky and Daniel Ziblatt’s How Democracies Die.

Stanley reassures us it is OK to use the F-word, even applied to regimes that do not appear to seek world domination

Any reader for whom that previous sentence anticipates a debate – honestly, do Trump’s offences of pettiness and corruption warrant such historico-political alarm? – might do well to open Stanley, who reassures us that it is OK to use the F-word, even when applied to regimes that do not appear to seek to mobilize populations for world domination.

Fascist politics – which evoke a mythic past, which rely on a sense of unreality and victimhood, and which use the cloak of “law and order” to hide corruption and attack scapegoats – can be used to flexible ends, writes Stanley, a professor of philosophy at Yale whose previous book was an analysis of propaganda.

What if a regime, for example, used a dismal us-versus-them divide in national politics to destroy faith in institutions capable of containing its power – elections, an independent judiciary, the public forum – thereby eliminating checks on its own self-enriching schemes?

“Publicizing false charges of corruption while engaging in corrupt practices is typical of fascist politics, and anti-corruption campaigns are frequently at the heart of fascist political movements,” Stanley writes, helpfully, without once mentioning “Drain the swamp”.

What if the regime used the same divisive politics to build popular support for a tax system that preserves wealth for the most privileged while creating no new opportunities for everyone else? Would that warrant the term “fascism”?

“Since I am an American,” writes Stanley, “I must note that one goal appears to be to use fascist tactics hypocritically, waving the banner of nationalism in front of middle-and working-class white people in order to funnel the state’s spoils into the hands of oligarchs.” 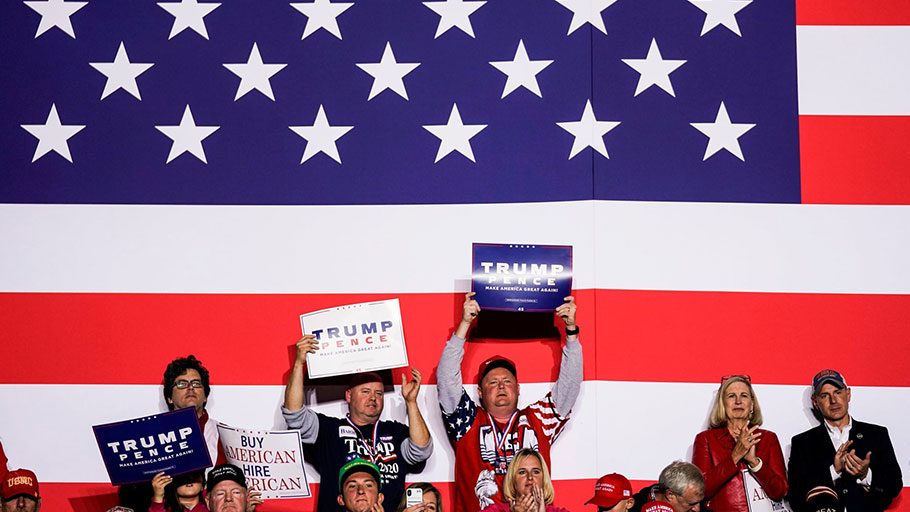 Underlying Stanley’s equanimous appraisal of the contemporary political moment is a weighty personal history. Both of his parents arrived in the US as Jewish refugees, his mother from eastern Poland and his father from Berlin, where his grandmother posed as a Nazi social worker to free Jewish prisoners from Sachsenhausen concentration camp.

“My family background has saddled me with difficult emotional baggage,” he writes. “But it also, crucially, prepared me to write this book.”

The book provides a fascinating breakdown of the fascist ideology, nimbly interweaving examples from Germany, Italy and Hungary, from Rwanda and Myanmar to Serbia and, yes, the US. As he proceeds through his framework of the broadest features of his subject, Stanley includes smaller observations that may for some readers land bracingly close to home.

“In all fascist mythic pasts,” he writes, “an extreme version of the patriarchal family reigns supreme, even just a few generations ago …

“In the rhetoric of extreme nationalists, such a glorious past has been lost by the humiliation brought on by globalism, liberal cosmopolitanism, and respect for ‘universal values’ such as equality. These values are supposed to have made the nation weak in the face of real and threatening challenges to the nation’s existence.”

Stanley’s acute awareness of the power of the term, and the subtlety of his argument here, must contribute to the fact that he does not explicitly brand Trump a “fascist”. Nor does he harp on “Make America great again”.

It is a misfortune of yet-unknown dimensions that he does not have to.