It’s Juneteenth, and a White Nationalist Is President

You Are Here: Home » Commentaries/Opinions » It’s Juneteenth, and a White Nationalist Is President 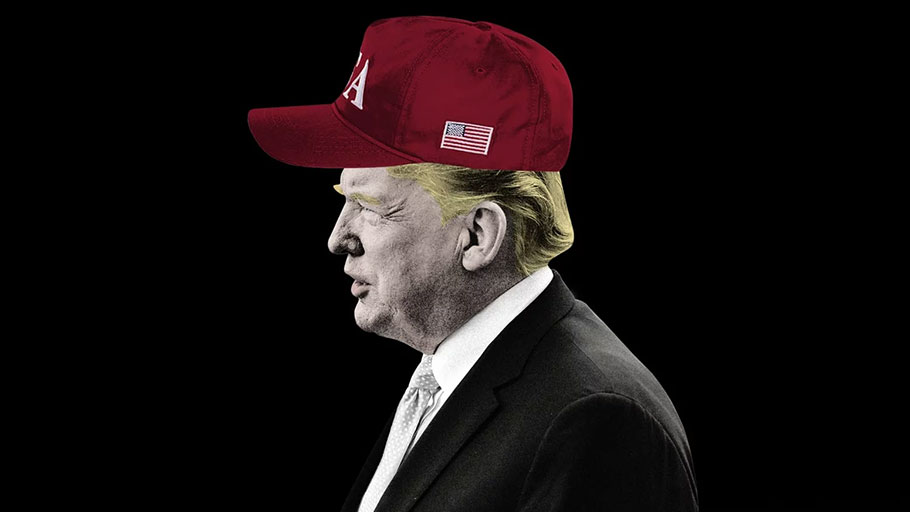 Marking the holiday and wrestling with our troubled past is the way to find the path to a more equitable future.

With the South rising again on the watch of President Donald Trump, who plans to turn the Fourth of July this year from a celebration of America to a celebration of himself, it’s time for Americans who champion equality to begin celebrating Juneteenth.

June 19, 1865 — “Juneteenth” being a combination of June and nineteenth — should remind all Americans of the long and complex fight required to end slavery here.

On April 16, 1862, President Abraham Lincoln signed the Compensated Emancipation Act ending slavery in the District of Columbia by paying slave owners up to $300 for each slave they set free. The federal government allocated $1 million (the equivalent of $30 million today) to compensate D.C.’s slave-owners. The Act also paid the newly freed $100 if they chose to leave America and colonize Haiti, Liberia, or elsewhere. Roughly 3,000 slaves in D.C. became free, but to America’s chagrin most of them stayed in the country. In 2005, Emancipation Day became an official holiday in D.C.

Eight months after the Compensated Emancipation Act, on January 1, 1863, President Lincoln issued the Emancipation Proclamation granting freedom to all enslaved people residing in territory controlled by the Union. For obvious reasons, this excluded most of the more than 4 million enslaved people in the Confederate states.

It was more than two years later, on April 9, 1865, that Robert E. Lee surrendered at Appomattox to end the Civil War; the Emancipation Proclamation then applied to the Confederate states. Even then, the South still required Union soldiers to enforce the law.

Texas ignored the Emancipation Proclamation, and so on June 19, 1865, Major General Gordon Granger and Union troops arrived at Galveston, Texas and issued General Order Number 3 proclaiming that “all slaves are free.”

Sadly, the Order also advised freedmen “to remain quietly at their present homes, and work for wages” and stated that freedmen “will not be supported in idleness either there or elsewhere.” Despite emancipation, the expectation was that black people would remain under the financial control of their former slave-owners, and the government would provide no compensation for a lifetime of slavery.

During the rest of the 1800s, freed African Americans in Texas and across the United States would gather on June 19th to celebrate the end of slavery. Yet as Southern Redeemers worked to return the South to a pre-Civil War status quo, or “make the South great again,” these annual gatherings were frequently disrupted by racist Southerners and white terrorist groups. Jim Crow further minimized Juneteenth, which finally found a resurgence during the Civil Rights era of the 1960s as black Americans found themselves in another battle for equality.

In 1980, Juneteenth became an official holiday in Texas, one of 45 states to formally mark the day that white Americans have ignored or undermined for a century and a half. Thankfully, that is starting to change.

Last June at the Families Belong Together rally in Washington, D.C., I spoke with an elementary-school-aged Latino activist who’d traveled from New York City to protest Trump’s family separation policy. He told me that he no longer intended to celebrate the 4th, and instead wanted to celebrate Juneteenth.

I have known his mother for years, and expected her to be at the protest, but assumed that her son would have stayed in NYC. Normally we talk about Spiderman or Harry Potter, but today he wanted to talk to me about Juneteenth.

He was born in America and has lived here all of his life, but he no longer felt that America represented his people. And as we walked down the street he told me, in the roundabout way young children speak, about how he felt a closer connection to the black community and Juneteenth than to Trump and the Fourth of July.

As Juneteenth approached this year, I kept on thinking about this conversation with this fourth-grader, and what the future of Juneteenth could become. For most of my life, Juneteenth has been a niche celebration amongst the black community. Most of the people I know hardly ever celebrate it, and I never did as a child. Now, I’m hearing children outside the black community profess their desire to celebrate the end of slavery for my people alongside me. I welcome this progress.

DC and countless cities across America have many events that are open to the public for Juneteenth and it’s great to see new people join those events, but we cannot embrace the celebration and overlook the continued struggle. Cookouts, celebration, and community are great, but Juneteenth should prompt profound questions about American identity and what is required to build an equitable society.

Today, I’m going to watch the House hearing on reparations for slavery, and over the weekend I will speak on a panel discussing Juneteenth, and the racial equity work America still must do. Emancipation in America started with financially compensating slave-owners and more than 150 years later we are still debating the merits of compensating the enslaved.

The best way to counter Trump’s racial division is by forging cross-cultural community, creating the space to have the tough conversations about America’s troubled, racist, and unequal history, and working to build a more equitable future. Juneteenth can help show the way.

Originally published by The Daily Beast

Making Good on the Broken Promise of Reparations

Making Good on the Broken Promise of Reparations
We Need Your Support — Donate, Share, Sign-Up Ways to Support