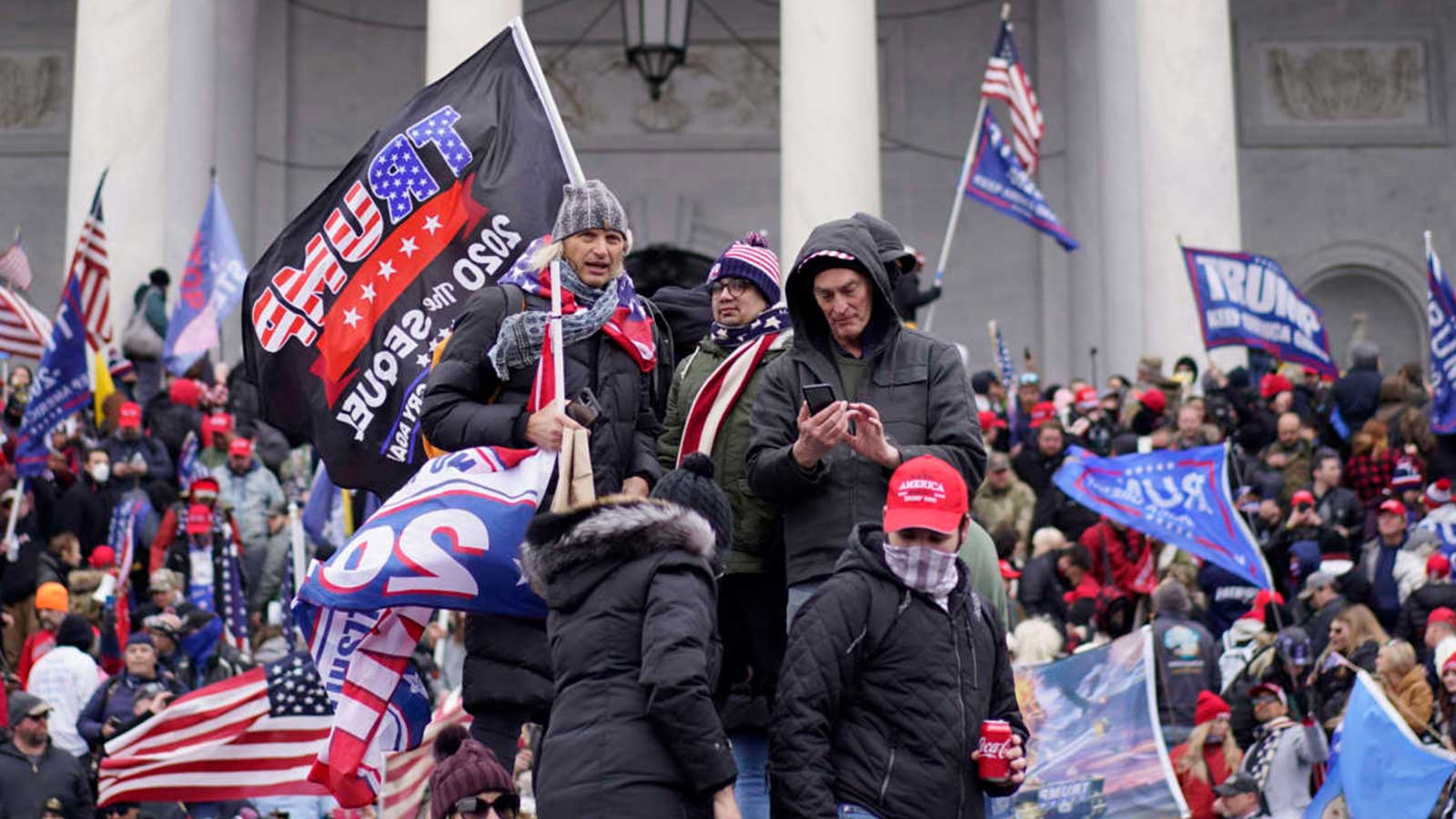 Jan. 6 wasn’t the end — the right is trying a hostile takeover state by state

You Are Here: Home » Blog » Commentaries/Opinions » Jan. 6 wasn’t the end — the right is trying a hostile takeover state by state

It’s clear that the Republican assault on democracy is actually just beginning.

On Sunday night, CNN aired a two-hour documentary called “Assault on Democracy” chronicling the evolution of the American right’s most recent embrace of conspiracy theories and authoritarianism which led to the insurrection of January 6th. Unlike most of the recent TV examinations of this phenomenon, CNN didn’t simply go back to the day Donald Trump descended the golden escalator in Trump Tower but traced the beginning of this latest lurch into right-wing extremism to the election of Barack Obama and the furious backlash that ensued. (The seeds obviously go back much further, but this is a logical place to begin with the Tea Party’s seamless transformation into MAGA.)

The program rightly attributes the massive growth in conspiracy theories to the rise in social media during that period and especially takes on Facebook for its algorithms that lead people deeper and deeper into insular rabbit holes. Crude profiteers such as Alex Jones and Breitbart are exposed as well as good old-fashioned talk radio and Fox News. There can be no denying the massive influence of those cynical propaganda outfits on the events that transpired over the past few years.

Perhaps the most disturbing moments in the special were the interviews with some of the MAGA faithful who were at the Capitol on January 6th, which was a trip to Bizarro World in itself. They still don’t see anything wrong with what happened and most of them, whether they are QAnon, Proud Boys, religious leaders or local politicians, are obviously 100% sincere in their belief in Donald Trump. If you didn’t think he was a cult leader before, you certainly will after hearing them talk about him. It’s downright eerie.

Recounting the events of that awful day with all the dramatic footage, some of it new, in chronological order is still as dreadful to watch as ever. And we still are missing huge pieces of what happened that day.

We know that Trump snapped at Rep. Kevin McCarthy, R-Calif., when the House minority leader asked him to call off his followers as they stormed the Capitol: “Maybe you just don’t care as much about this election as they do!” It took much cajoling to get Trump to release the tepid statements he eventually made calling for peace and telling the insurrectionist that they are very special and he loves them. But for all the detailed leaking from the Trump White House over the course of four years, this is one afternoon they’ve kept a pretty tight lid on. (It’s also clear that’s one of the main reasons the Republicans have nixed the bipartisan commission, as some people would have to go under oath and testify about all that.)

Perhaps all of this seems tedious by now. After all, we all know the story. Most of us watched it play out in real-time. But as CNN’s Brian Stelter pointed out, it’s important to keep telling it because the purveyors of lies and conspiracies keep trying to whitewash it into something completely different. He quoted this tweet:

Repeating the truth about January 6 is tedious, even exhausting. But the people lying about, downplaying, defending, and apologizing for it appear inexhaustible. So the choices are (1) keep repeating the truth, shooting down lies and conspiracy theories, or (2) conceding to them.

And as I noted last week, conceding to them also means letting down our guard and failing to be prepared for Insurrection Redux. Listening to those MAGA fans in the CNN documentary was very clarifying on that point. Those who took part in the insurrection and have been charged continue to believe they did nothing wrong and are no doubt prepared to do it again. Those who helped incite the mob from their pulpits and various rally stages have absolutely no regrets. There’s no doubt that there could easily be more violence.

But just as important in continuing to tell the truth about January 6th is to continue to combat the Big Lie about the election.

The MAGA faithful have been completely brainwashed and I don’t think they’ll ever change their minds. But devious, partisan players are hard at work in the states subverting the electoral system in ways that are truly insidious. It’s so bad that I think everyone is simply obligated to continue to focus very diligently on this issue. To that end, the New York Times reported some very disturbing new details out of Georgia, where Governor Brian Kemp signed a new law that allows Republicans to remove Democrats from local election boards:

Across Georgia, members of at least 10 county election boards have been removed, had their position eliminated or are likely to be kicked off through local ordinances or new laws passed by the state legislature. At least five are people of color and most are Democrats — though some are Republicans — and they will most likely all be replaced by Republicans.

Democrats in the state rightly point out that had these laws been in effect last fall, there’s every chance that MAGA-friendly officials would have been put in charge of the election and Trump’s requests to “find” votes might very well have been successful.

It isn’t just local officials. Some states are going after statewide offices as well.

One of the more unbelievably transparent acts took place in Arizona, the epicenter of Big Lie activism, in which the Republican legislature introduced a bill that would strip the Democratic secretary of state of authority over election lawsuits. But in an act of epic chutzpah, they plan to have the law expire once she is out of office. (I assume they will reinstate it if another Democrat wins, but perhaps they feel they’ve put up enough roadblocks to ensure that never happens again). In Georgia, they’ve similarly turned the secretary of state’s office into little more than a ceremonial position with little authority.

And this one is especially concerning because it tracks with the growing belief in a false legal theory that state legislatures are the one and only legitimate arbiters of elections, superseding all other elected officials and the courts:

Kansas Republicans in May overrode a veto from Gov. Laura Kelly, a Democrat, to enact laws stripping the governor of the power to modify election laws and prohibiting the secretary of state, a Republican who repeatedly vouched for the security of voting by mail, from settling election-related lawsuits without the Legislature’s consent.

It is only a matter of time before one of these states passes a law that openly allows the legislature to overturn an election — and then does it.

If you read the inane rationalizations by these Republican officials, some of whom are quoted saying they believe the Big Lie, it’s clear that the assault on democracy is actually just beginning. And it isn’t just about Donald Trump. The Republican Party realized that just a few tweaks to the election laws means they can call into question any election result they don’t like and take steps to overturn it. They are also very well aware that the specter of January 6th violence hovers still hovers over the country and they have millions of agitated Americans who are willing to believe anything. They have power and they are using it.