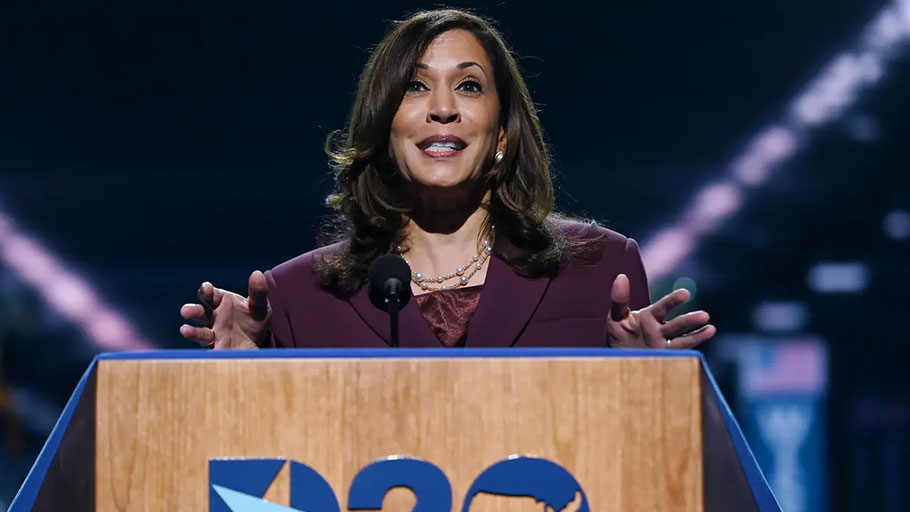 Will the daughter of outspoken postcolonial progressives adopt their egalitarian vision?

By Thomas Meaney and Samuel Moyn, The Guardian—

Joe Biden’s selection of Kamala Harris as the Democrats’ vice-presidential nominee for 2020 elevated to the pinnacle of national politics the heir of two migrants to the US, both of whom epitomised the political ferment of the global 1960s.

Moreover, such a figure has been entrusted with the party’s future for the second time. Barack Obama, who as president first helped give Harris national recognition by asking her to speak at the Democratic national convention in 2012, is descended on his father’s side from a strikingly similar lineage, and defined himself in relation to it.

It is not just a matter of Harris’s family background. The dreams of Harris’s father in particular – the Jamaican-born economist Donald Harris, who taught for most of his career at Stanford – have been rebuffed for decades by a Democratic party that now has a different idea of what a new phase of radicalism could mean.

The 1960s saw the decolonisation of vast swaths of humanity. After centuries of colonial rule, newly independent states and citizens suddenly arrived on the global scene. Jamaica declared its independence in 1962, the year after Kenyan Barack Obama Sr fathered the son who shares his name in Hawaii. At the heart of aspirations of the decade, in the air that the young Donald Harris and Barack Obama Sr breathed, was an anti-racist politics that was determined to abolish the global colour line.

It was no accident that economics became the master science of those who sought to build this postcolonial future. Both Obama Sr and Harris pursued doctorates in economics because that is where they believed the levers of the world order were located. It was only by taking control of natural resources, as well as managing the relationship between labour and foreign capital, that the new nations of the decolonising world could hope to seize the promise of new sovereignty.

Both Harris and Obama Sr were eager to put their US training to use on behalf of their new nations, though both also became gadflies in their intellectual worlds. As a young government economic planner in Jomo Kenyatta’s postcolonial administration in Kenya, Obama Sr issued a withering report claiming that the government was simply replacing foreign elites with Kenyan ones, expropriating the land for its private use, and paying lip service to “African socialism” when it intended to pursue nothing of the sort.

Meanwhile, settled in California, Harris and Shyamala Gopalan – a radical immigrant from Tamil Nadu, who mostly raised Kamala and her sister, and has justly attracted more attention than her former husband – joined the civil rights movement. They sought to apply the lessons of anticolonialism to the US.

But Harris believed the colonial analogy had its limits when applied to the US. “It stretches the imagination to see why,” he wrote in 1972, “black workers should in any way be better off under black owners than under white owners.” If radicals did not work to dismantle or reform the capitalist system, Harris argued, they would accomplish little for black people. “The colonial analogy might be seen as playing a useful ideological role for those who stand to benefit from the ‘transfer of power’ which this is expected to bring about,” he wrote. “It plays another role also for those whites who see the black struggle as a vicarious means for waging their own, failing thereby to understand the nature of their own struggle as well as that of blacks.”

For Donald Harris and Barack Obama Sr, the politics of recognition were hamstrung without an agenda to achieve downward economic redistribution. The 1963 March on Washington was, according to their view, as much about decent wages as it was about soaring oratory. In a Jamaican newspaper, Harris saluted Malcolm X’s intellectual journey through black nationalism to a more internationalist form of socialism.

Which is not to say that he has downplayed his Jamaican roots. When Kamala Harris ingratiated herself with a radio host with a riff about how of course she smoked pot when she was younger – “half my family is from Jamaica” – her father excoriated her for resorting to a stereotype. The chiding went beyond what was necessary for a daughter on a gruelling campaign trail, but it also evinced an unwillingness to surrender an inch of dignity.

Three decades ago, the thinker Paul Gilroy attributed to diasporic figures, like the parents of the Democratic party leaders, a kind of privileged insight. They were more likely to see what others missed, and mix perspectives usually kept apart. If this is true, it is telling that the Democratic party now gravitates towards candidates whose very intimacy with this legacy has only made them more skilled at deflecting it.

President Obama thought his father was a tragic case – an unwitting enemy of promise. As a brash, outspoken progressive in an increasingly politically regressive Kenya, he was by all accounts a professional failure when it came to achieving his dreams. It seems plausible that some of Obama’s politically moderate, technocratic mindset was developed in response to his father’s loftier visions.

Likewise, Kamala Harris appears a much less cantankerous figure than her father, who devoted his career to criticising mainstream economics. “I’m not trying to restructure society,” she told the New York Times last year. Notable too was how her fortunes in the Democratic party climbed at the very moment when the congresswoman Karen Bass, the only VP candidate who herself participated in the global 1960s, fell from grace.

A law-and-order Democrat who is a favourite with Wall Street donors, Kamala Harris seems like a natural heir of Barack Obama’s legacy. It is too early to say whether her other legacy – the explicitly egalitarian agenda that animated her parents – will register in her political future. But a usable past is a usable past, whether you use it or not.

Thomas Meaney is a fellow at the Max Planck Society in Göttingen. Samuel Moyn is a professor of law and history at Yale