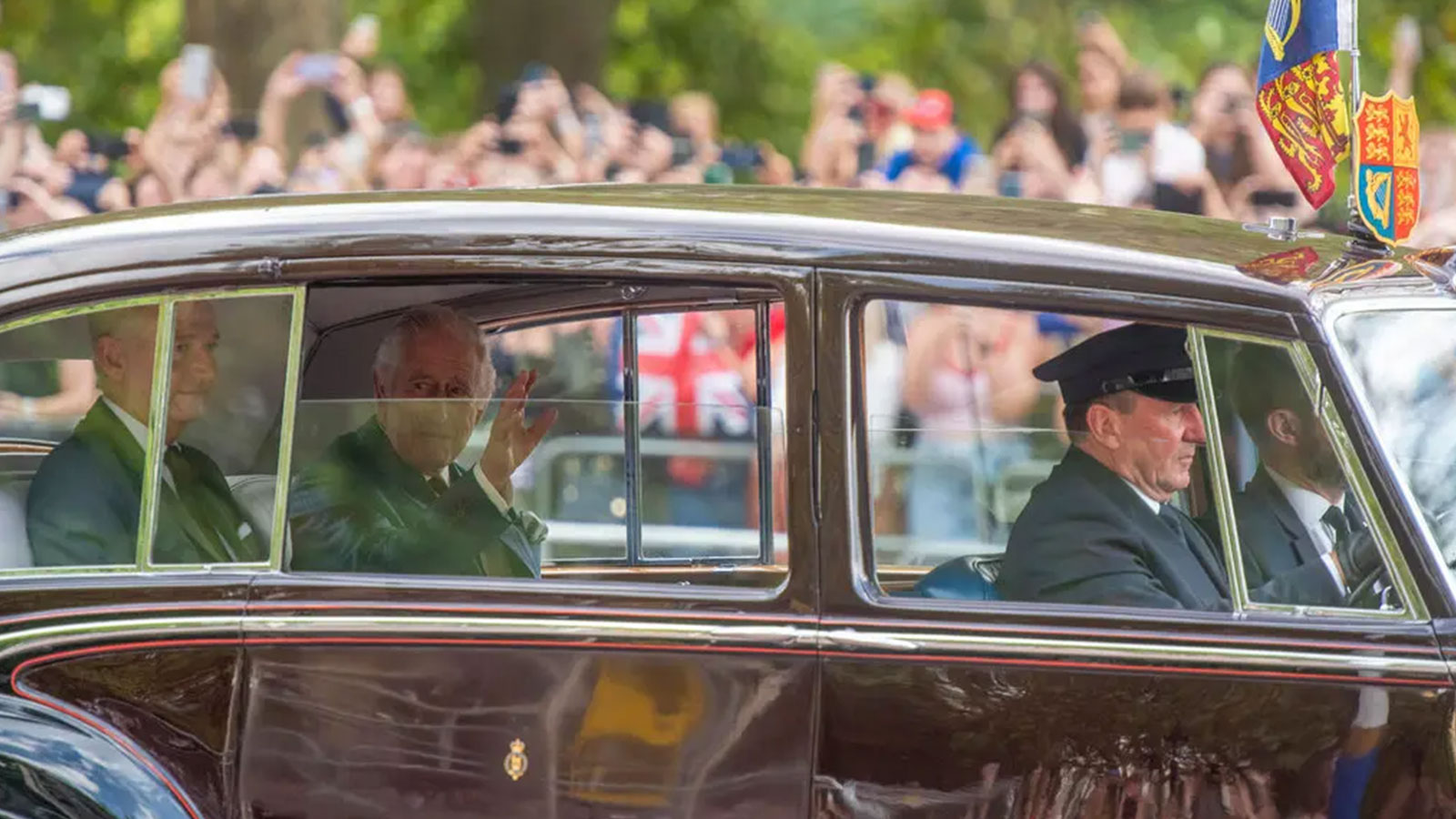 King Charles inherits untold riches, and passes off his own empire

You Are Here: Home » Blog » Commentaries/Opinions » King Charles inherits untold riches, and passes off his own empire

By Jane Bradley and Euan Ward, The New York Times —

LONDON — King Charles III built his own empire long before he inherited his mother’s.

Charles, who formally acceded to the British throne on Saturday, spent half a century turning his royal estate into a billion-dollar portfolio and one of the most lucrative moneymakers in the royal family business.

While his mother, Queen Elizabeth II, largely delegated responsibility for her portfolio, Charles was far more deeply involved in developing the private estate known as the Duchy of Cornwall. Over the past decade, he has assembled a large team of professional managers who increased his portfolio’s value and profits by about 50 percent.

Today, the Duchy of Cornwall owns the landmark cricket ground known as The Oval, lush farmland in the south of England, seaside vacation rentals, office space in London and a suburban supermarket depot. (A duchy is a territory traditionally governed by a duke or duchess.) The 130,000-acre real estate portfolio is nearly the size of Chicago and generates millions of dollars a year in rental income.

The conglomerate’s holdings are valued at roughly $1.4 billion, compared with around $949 million in the late queen’s private portfolio. These two estates represent a small fraction of the royal family’s estimated $28 billion fortune. On top of that, the family has personal wealth that remains a closely guarded secret.

As king, Charles will take over his mother’s portfolio and inherit a share of this untold personal fortune. While British citizens normally pay around 40 percent inheritance tax, King Charles gets this tax free. And he will pass control of his duchy to his elder son, William, to develop further without having to pay corporate taxes.

The growth in the royal family’s coffers and King Charles’s personal wealth over the past decade came at a time when Britain faced deep austerity budget cuts. Poverty levels soared, and the use of food banks almost doubled. His lifestyle of palaces and polo has long fueled accusations that he is out of touch with ordinary people. And he has at times been the unwitting symbol of that disconnect — such as when his limo was mobbed by students protesting rising tuition in 2010 or when he perched atop a golden throne in his royal finery this year to pledge help for struggling families. 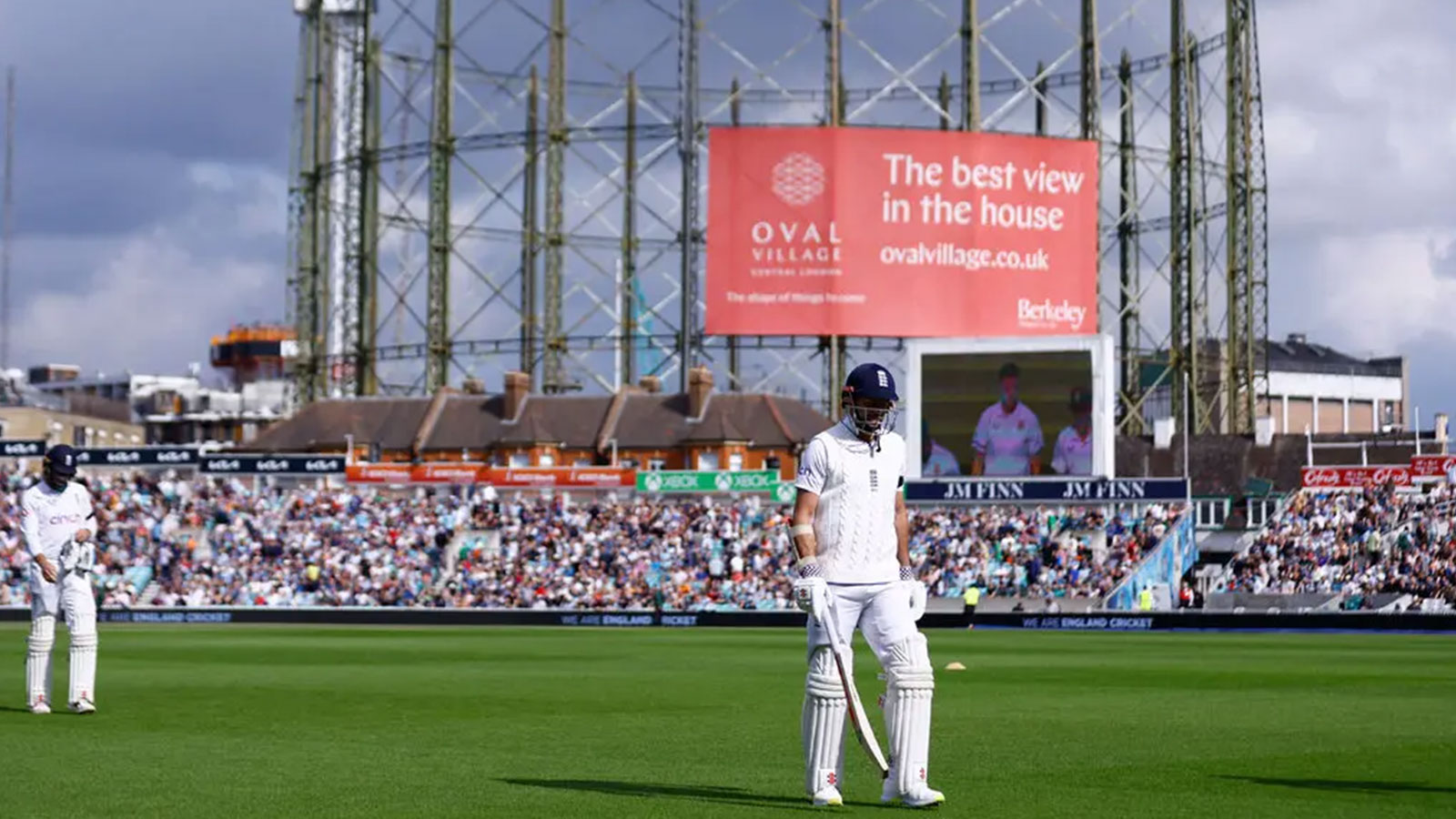 The Duchy of Cornwall, which owns sites like the landmark Oval cricket grounds, has a 130,000-acre real estate portfolio and generates millions of dollars a year in rent. (Andrew Boyers/Action Images Via Reuters)

Today, he ascends to the throne as the country buckles under a cost-of-living crisis that is expected to see poverty get even worse. A more divisive figure than his mother, King Charles is likely to give fresh energy to those questioning the relevance of a royal family at a time of public hardship.

Laura Clancy, the author of “Running the Family Firm: How the Monarchy Manages Its Image and Our Money,” said King Charles transformed the once-sleepy royal accounts.

“The duchy has been steadily commercializing over the past few decades,” Ms. Clancy said. “It is run like a commercial business with a C.E.O. and over 150 staff.” What used to be thought of as simply a “landed gentry pile of land” now operates like a corporation, she said.

The Duchy of Cornwall was established in the 14th century as a way to generate income for the heir to the throne and has essentially funded Charles’s private and official expenses. One example of its financial might: The $28 million profit he made from it last year dwarfed his official salary as prince, just over $1.1 million.

Piecing together the royal family’s assets is complicated, but the fortune falls generally into four groups.

First, and most prominent, is the Crown Estate, which oversees the assets of the monarchy through a board of directors. Charles, as king, will serve as its chairman, but he does not have final say over how the business is managed.

The estate, which official accounts value at more than $19 billion, includes shopping malls, busy streets in London’s West End and a growing number of wind farms. The royals are entitled to take only rental income from their official estates and may not profit from any sales, as they do not personally own the assets.

The estate’s profits, valued at about $363 million this year, are turned over to the Treasury, which in return gives the royal household a payment called a sovereign grant based on those profits — which must be topped up by the government if it is lower than the previous year. In 2017, the government increased the family’s payment to 25 percent of the profits to cover the costs of renovating Buckingham Palace. 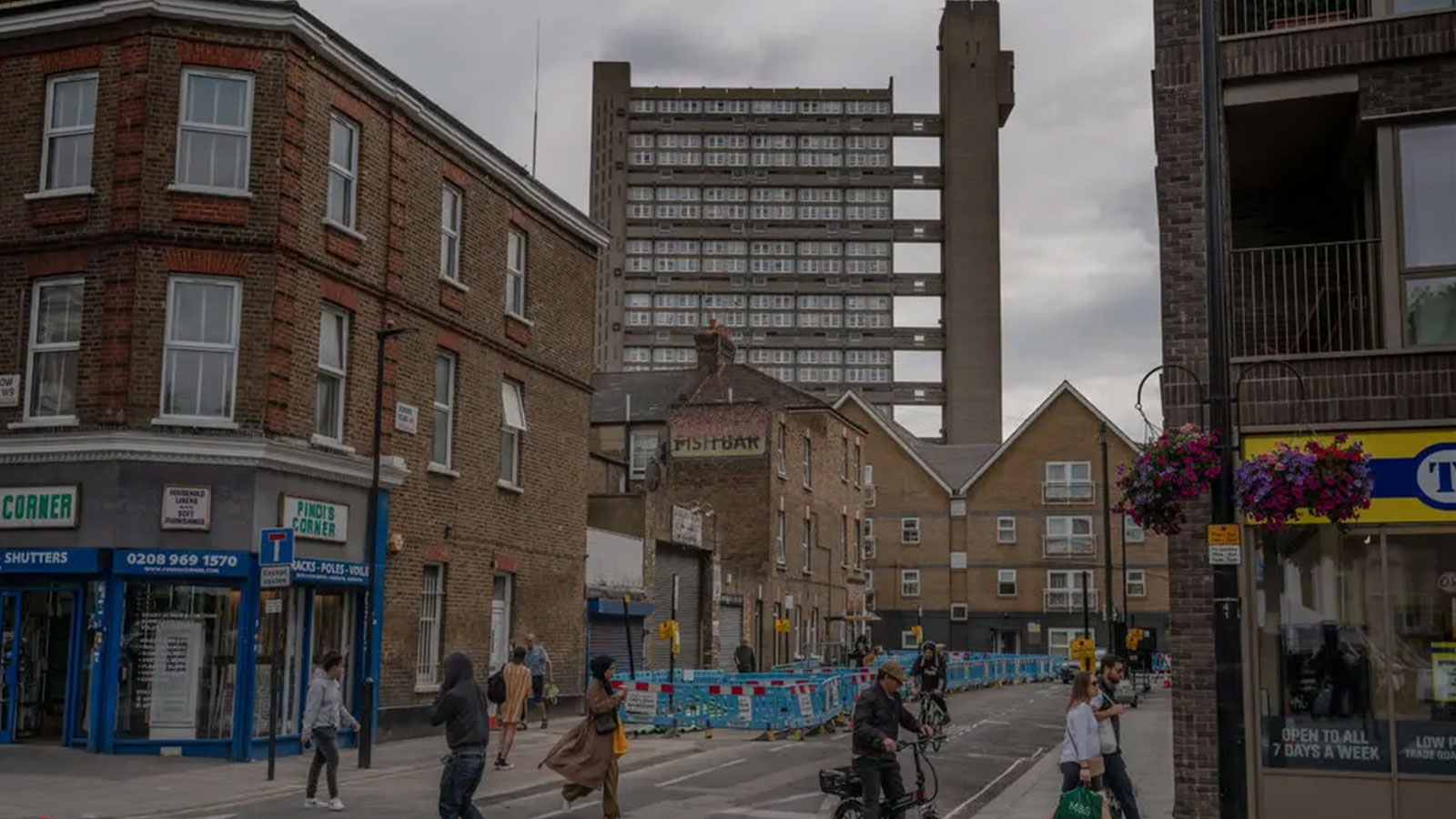 Charles’s business moves over the past decade have boosted the royal family’s coffers at a time when the rest of the country has faced deep austerity budget cuts. (Andrew Testa for The New York Times)

The latest sovereign grant received by the royals was around $100 million, which the family, including Charles, has used for official royal duties, like visits, payroll and housekeeping. It does not cover the royals’ security costs, which is also paid by the government, but the cost is kept secret.

The next major pot of money is the Duchy of Lancaster. This $949 million portfolio is owned by whomever sits on the throne.

But the value of that trust is dwarfed by the Duchy of Cornwall, the third significant home of royal money, which Charles has long presided over as prince. Generating tens of millions of dollars a year, the duchy has funded his private and official spending, and has bankrolled William, the heir to the throne, and Kate, William’s wife.

It has done so without paying corporation taxes like most businesses in Britain are obliged to, and without publishing details about where the estate invests its money.

“When Charles took over at age 21, the duchy was not in a good financial state,” Marlene Koenig, a royal expert and writer, said, citing poor management and a lack of diversification. Charles took a more active role in the portfolio in the 1980s and began hiring experienced managers.

“It was at this time that the duchy became financially aggressive,” she said.

In 2017, leaked financial documents known as the Paradise Papers revealed that Charles’s duchy estate had invested millions in offshore companies, including a Bermuda-registered business run by one of his best friends.

The final pool of money, and the most secretive, is the family’s private fortune. According to the Rich List, the annual catalog of British wealth published in The Sunday Times, the queen had a net worth of about $430 million. That includes her personal assets, such as Balmoral Castle and Sandringham Estate, which she inherited from her father. Much of her personal wealth has been kept private. 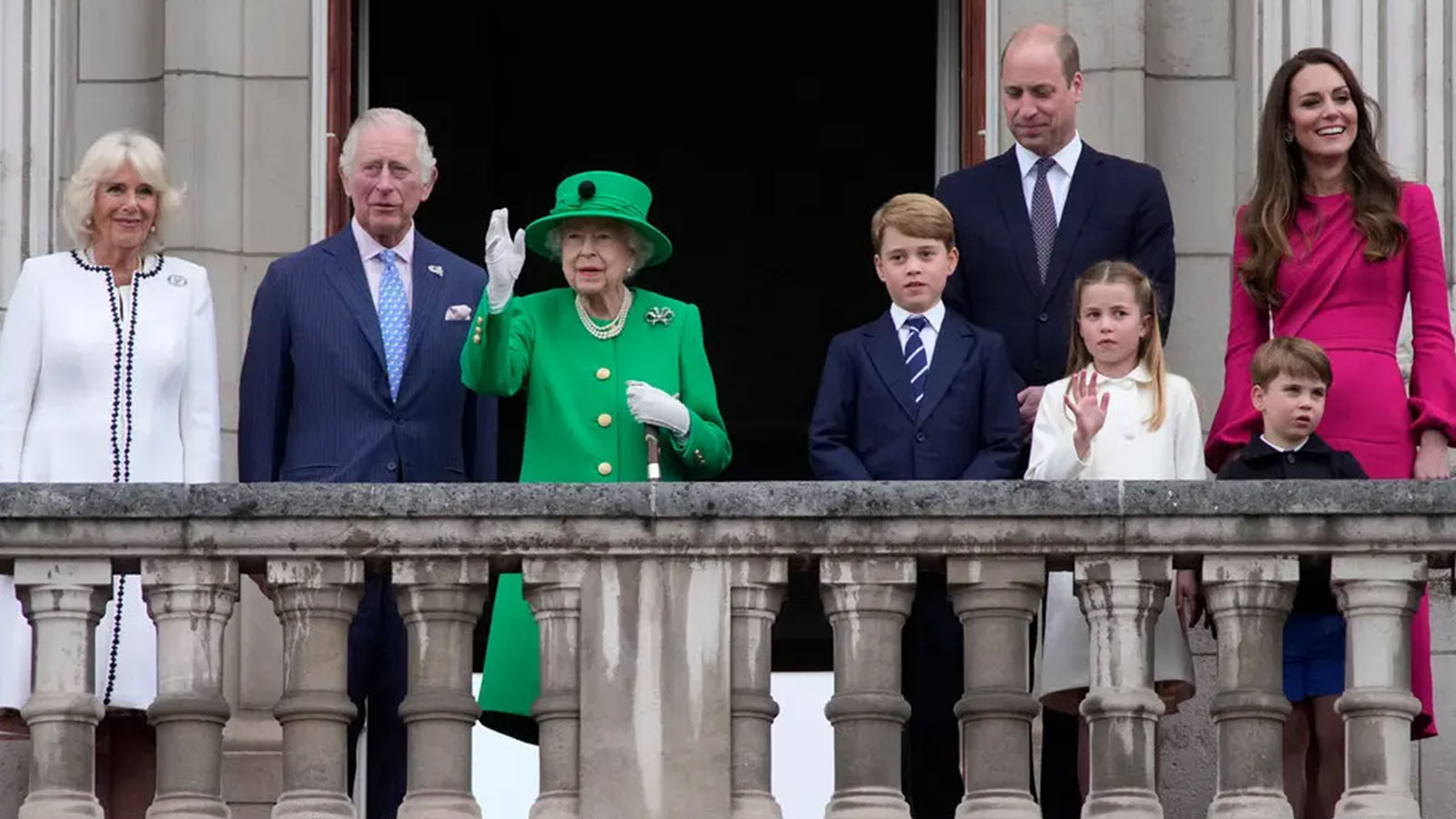 The Duchy of Cornwall, which Charles has long presided over, has funded his private and official spending, and bankrolled William, the heir to the throne, and Kate, William’s wife. (Pool photo by Frank Augstein)

King Charles has also made financial headlines unrelated to his wealth but tied to the charitable foundation that he chairs and operates in his name. His stewardship of the foundation has been marred by controversy, most recently this spring, when The Sunday Times reported that Charles had accepted 3 million euros in cash — including money stuffed in shopping bags and a suitcase — from a former Qatari prime minister, Sheikh Hamad bin Jassim bin Jaber al-Thani.

The money was for his foundation, which finances philanthropic causes around the world. Charles does not benefit financially from such contributions.

“He’s willing to take money from anybody, really, without questioning whether it’s the wise thing to do,” said Norman Baker, a former government minister and author of the book “ … And What Do You Do? What the Royal Family Don’t Want You to Know.”

Mr. Baker described Charles as the most progressive, caring member of the royal family. But he said he had also filed a police complaint accusing him of improperly selling honorary titles.

“That’s no way to behave for a royal,” he said, referring to an ongoing scandal over whether Charles had granted knighthood and citizenship to a Saudi businessman in exchange for donations to one of Charles’s charitable ventures.

Charles denied knowing about this, one of his top aides who was implicated stepped down, and the authorities began investigating. The king’s representatives did not respond to a message seeking comment.

Charles has also courted controversy with his outspoken views and campaigning. He has lobbied senior government ministers, including Tony Blair, through dozens of letters on issues from the Iraq war to alternative therapies. Though English law does not require it, royal protocol calls for political neutrality.

In his inaugural address on Saturday, the king indicated that he planned to step back from his outside endeavors. “It will no longer be possible for me to give so much of my time and energies to the charities and issues for which I care so deeply,” he said.

Ms. Clancy, the author, said the new king, in theory, would be expected to drop his lobbying and business ventures entirely.

“Whether that will pan out is a different question,” she said.