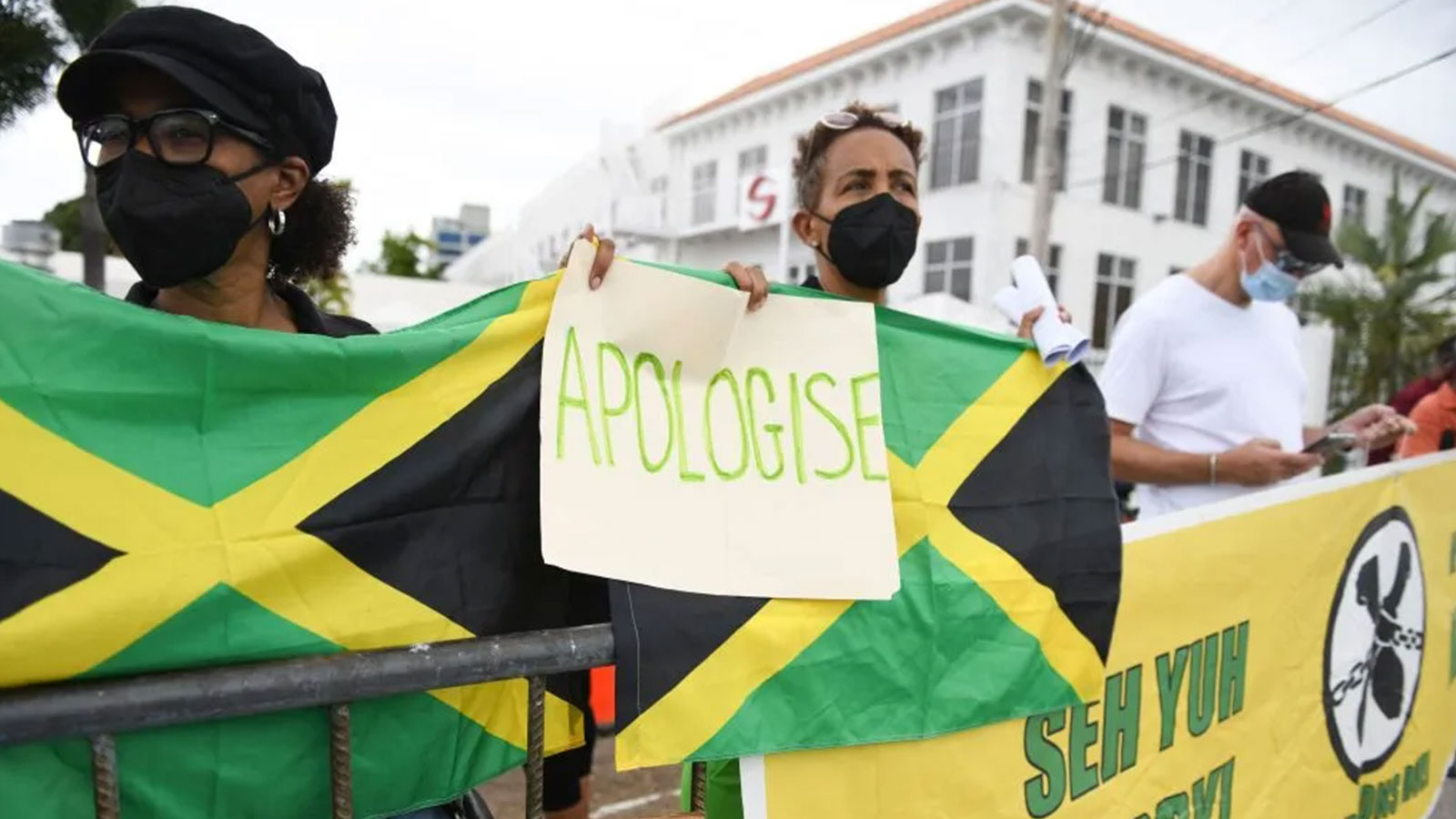 Why the Caribbean has the most energized anti-monarchy movements

You Are Here: Home » Blog » Editors' Choice » Why the Caribbean has the most energized anti-monarchy movements

Supporters of republicanism in the Caribbean say is part of a larger reckoning with the legacy of British colonialism and the atrocities of the slave trade in the region.

Two days after Queen Elizabeth II’s death on Sept. 8, the Prime Minister of Antigua and Barbuda said that the island-nation would hold a referendum on becoming a republic in the next three years. If the referendum is successful, King Charles III would be removed as head of state of the former British colony. The move follows a swell in support for republicanism in the Caribbean, which campaigners say is part of a larger reckoning with the legacy of British colonialism and the slave trade in the region.

But while the Queen’s death has reignited conversations over republicanism in some of the 15 countries where King Charles III is head of state—including in New Zealand, where Prime Minister Jacinda Arden says she expected the change to happen “in [her] lifetime” but nonetheless dismissed any imminent proposals—the calls are strongest in the eight Caribbean nations.

Even before the Queen’s death, the republican movement was thriving in the region—in November, Barbados became the first country to remove the Queen as head of state since Mauritius in 1992. The Jamaican government is also reportedly seeking to follow suit. Activists and experts tell TIME that more and more Caribbeans in former British colonies are perceiving the royal family as an outdated institution whose symbolic role in the islands is seen as inappropriate. (The 15 countries where King Charles III is head of state are all constitutional monarchies—they are ruled by elected governments and the monarchy’s role is largely symbolic.)

The strength of the feeling in the Caribbean that the monarchy is outdated was exemplified by protests during Prince William and Kate Middleton’s royal tour of Belize, Jamaica, and the Bahamas in March last year—during which the couples were photographed, to much criticism, of shaking hands with Jamaican children through a wire fence.

According to Natasha Lightfoot, a professor at Columbia University specializing in emancipation studies and Antiguan colonial history, the death of Queen Elizabeth II is the latest “touchstone in the trajectory toward republicanism” in countries like Jamaica and Antigua and Barbuda.

Transitioning to a republic might not have any material benefit for countries like Jamaica and Antigua and Barbuda, says Barbadian political analyst and pollster Peter Wickham. But the symbolism is nonetheless important in redefining former colonies’ political futures, advocates say. “The time has come to fully leave our colonial past behind,” said then-Governor General Dame Sandra Mason, who is now President of Barbados, in September 2020.

The British monarchy was central to the establishment, expansion, and maintenance of the British empire—which at one point comprised nearly a quarter of the earth’s surface—and the transatlantic slave trade. In 1600, Queen Elizabeth I granted a royal charter to the British East India Company that was responsible for the expansion of the empire and trafficking of goods and slaves; in 1660, King Charles II formed the Royal African Company that transported over 3,000 Africans to Barbados.

Some activists and academics argue that the move to republicanism is the first step in the process of recovering reparations for the human rights abuses and plundering of countries under colonialism. “We are very mindful of the fact that our forebears were not compensated while our enslavers were,” says Rosalea Hamilton, a Jamaican trade expert and organizer of the Advocates Network, a group of Jamaican academics, politicians, and cultural figures calling for reparations. When slavery was abolished in British colonies in 1833, the British government paid £20 million—£1.65 billion ($1.91 billion) in today’s money, according to the Bank of England’s inflation calculator—in compensation to 3,000 slave-owning families for the loss of what they saw as their property. Some of the money borrowed by the British government to do this was only paid back in 2015.

According to Hamilton, the legacy of colonialism is very much alive in countries like Jamaica when looking at socioeconomic inequalities, crime, violence, and poor housing. The repercussions are also present in Caribbean diaspora communities in the U.K.—the Windrush scandal that first surfaced in 2017 exposed the wrongful deportation of Caribbean immigrants that had arrived after the Second World War, or their descendants. “Jamaicans fought and died for England [in the war],” Hamilton says. “Many of them grew up being told that they were British citizens, that the British flag was theirs, that the Queen was theirs,” until governmental policies, that she says are part of the colonial legacy, rejected them. 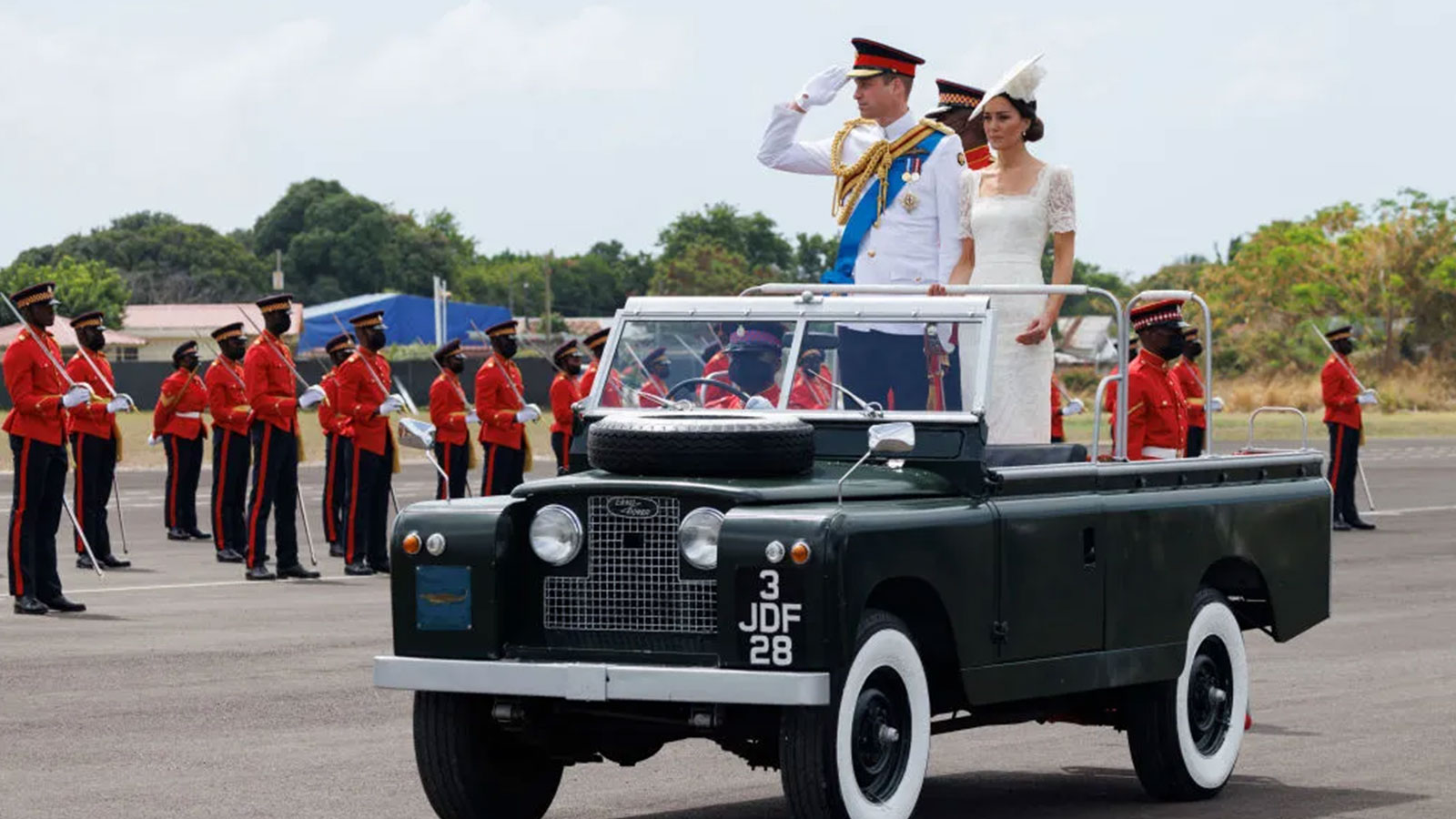 Catherine, Duchess of Cambridge and Prince William, Duke of Cambridge, ride in a Land Rover as they attend the inaugural Commissioning Parade for service personnel from across the Caribbean at the Jamaica Defence Force on day six of the Platinum Jubilee Royal Tour of the Caribbean on Mar. 24, 2022 in Kingston, Jamaica. (Samir Hussein—WireImage via Getty Images)

Activists say that reparatory justice for the British monarchy requires both compensation and a formal recognition of the monarchy’s role in the brutal history. During a visit to Rwanda in June, then-Prince Charles expressed “personal sorrow at the suffering of so many as I continue to deepen my own understanding of slavery’s enduring impact.” His words, says Hamilton, brought “new vigor” to the call for reparations. “He at least acknowledged the need for conversation, and that’s a great place to start,” she adds.

But Charles had stopped short of a formal apology. Lightfoot is unsure whether one will ever come, given the vast legal implications that it would have for the monarchy. “If there’s an acknowledgement of harm done, then there’s a legal standing for any claims of material reparations,” she says. These claims could open a “Pandora’s box” for the monarchy, she adds, given the many “places in the world that would like to see an apology.”

Reparations aside, the next step in the trajectory toward republicanism in Antigua and Barbuda and Jamaica will be referendums, says pollster Wickham. Barbados, he says, was able to become a republic because of favorable constitutional conditions that require a two-thirds parliamentary majority. In Jamaica, however, it can only happen through a referendum with a two-thirds majority—a more difficult bar to clear.

“It’s not that the anti-monarchical sentiment isn’t strong,’ Wickham says, referring to these challenges. “But when the rubber meets the road, I don’t expect that we’re going to move any faster simply because the level of political polarization is such that it’s difficult to do.” Both Antigua and Barbuda and Grenada held failed referendums in 2018 and 2016, respectively, on constitutional reform that would have limited the role of the British monarchy and courts in the countries, which Wickham says is evidence of the difficulties that lie ahead for many countries—and not just in the Caribbean.

In Canada, for example, the transition to a republic would require an unanimous decision by every provincial legislature and the national parliament. Prime Minister Justin Trudeau has previously signaled no desire to start the complicated process soon. “In a complicated world, her steady grace and resolve brought comfort and strength to us all,” he said following Queen Elizabeth II’s death last week. “Canada is in mourning.”

But Hamilton thinks that the public’s desire in the Caribbean to achieve full sovereignty is growing. “The more people hear and are reminded of the history, the more the arrangement becomes unacceptable in the modern world,” she says.

Featured image: People calling for slavery reparations, protest outside the entrance of the British High Commission during the visit of the Duke and Duchess of Cambridge in Kingston, Jamaica on Mar. 22, 2022. (Ricardo Makyn—AFP via Getty Images)