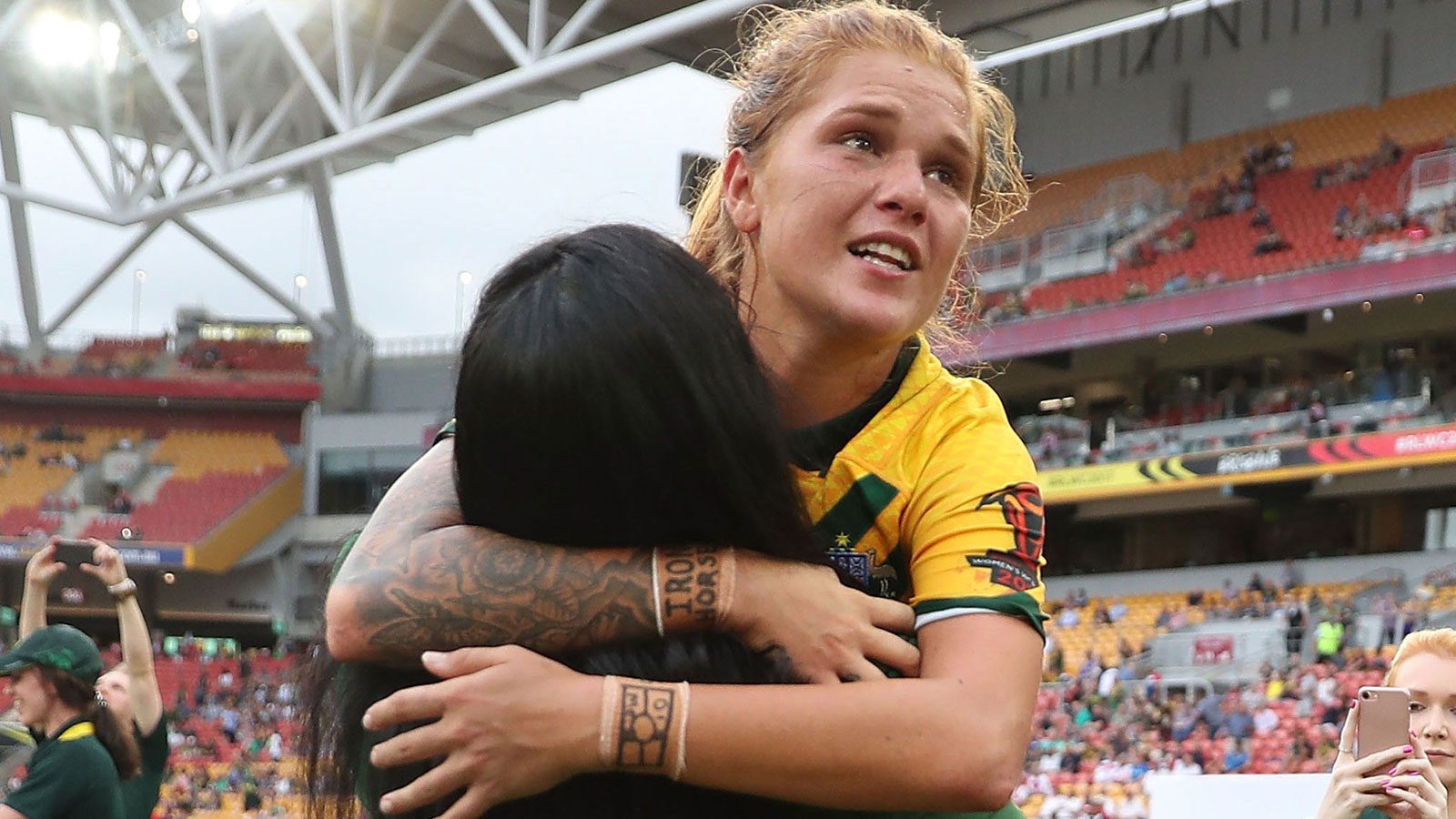 Indigenous Australian athlete gets fined for criticising the Queen

“This idea that we should be magnanimous about the passing of the queen…We never got that respect. And in fact, all we really got was exploitation.”

An Indigenous women’s rugby league player in Australia has been fined and hit with a one-match ban for criticising Queen Elizabeth II.

Caitlin Moran, a 25-year-old who plays for Newcastle in Australia’s National Rugby League Women’s premiership, joined censored critics of the monarchy from around the world this week after she labelled Queen Elizabeth II a “dumb dog” in a since-deleted Instagram post.

The post became the subject of an investigation by the National Rugby League’s (NRL) Integrity Unit, which on Tuesday saw Moran become the first player in women’s league history to receive a match ban related to off-field behaviour.

She will also have to pay a fine equal to 25 percent of her salary, which would only be suspended if she completes training on the “appropriate” use of social media.

“Regardless of any personal views, all players and officials must adhere to the professional standards expected of them and on this occasion the public comments made by the player have caused damage to the game,” the NRL said in a statement.

Indigenous Aboriginal and Torres Strait Islander people of Australia have, on the whole, reacted to Queen Elizabeth II’s death with an outpour of anger and resentment.

For First Nations people of Australia, like other Indigenous peoples across the Commonwealth, Queen Elizabeth II was an “architect” of colonisation and a bystander to the ongoing suffering of Indigenous people around the world.

“We largely call it the Commonwealth, but many Aboriginal Australians will say ‘stolen wealth,’” Sandy O’Sullivan, a professor of Indigenous studies at Macquarie University in Sydney, told VICE World News.

The nation’s newly elected prime minister, Anthony Albanese, promised voters in the run-up to May’s federal election that he would instead prioritise a constitutionally enshrined Voice to parliament.

After decades of political oppression in Australia, O’Sullivan said the queen could have done more to “speak out” against the treatment of First Nations people of Australia. The queen’s death, they said, offers Indigenous people an opportunity to think “about the relationship that the crown and the monarchy has to us.”

“There wasn’t any kind of challenge to what was happening here. And yet they were the head of the Commonwealth,” O’Sullivan told VICE World News. “This idea that we should be magnanimous about the passing of the queen… We never got that respect. We never got that idea that we mattered. And in fact, all we really got was exploitation.”

Moran has until next week to either accept or dispute the league’s finding.

Meanwhile, calls for Australia to take the moment to consider its future without the monarchy, continue to ring in the ears of republican campaigners around the country.

The leader of the Australian Greens party, Adam Bandt, was among the most outspoken to call for Australia’s separation from the crown. Hours after the queen’s death, Bandt said independence from Britain would be crucial to Australia’s path towards meaningful reparations with Indigenous people.

In the United Kingdom, two people were arrested for protesting against the monarchy over the weekend, as King Charles III was formally proclaimed.

A 22-year-old woman was arrested outside St Giles cathedral in Edinburgh for holding a sign that read “fuck imperialism, abolish monarchy.” Another man was arrested in Oxford, after he shouted “who elected him?” as he walked by King Charles III’s proclamation.

At the heart of dissent in South Asia, meanwhile, is the Koh-i-Noor, a 109-carat diamond worth $400 million looted by the crown from India that has come to symbolise widespread brutality under 200 years of British rule.

Critics of the NRL’s decision to quash the views of an Indigenous sports star whose people suffered under the same crown were quick to note inconsistencies. For decades, they argued, the league had let players in the sport’s men’s league off for various violent off-field offences.

#RayHadley reckons Caitlin Moran calling the Queen a name is the most reprehensible thing connected to NRL.

Not the male players who’ve raped women, bashed people, been done for child abuse? Nup. The Indigenous woman who said something mean#reprehensibleray

Just last week, NRL boss Peter V’landys defended the league’s decision to allow another player to put off a two-match ban until next year, after he was found guilty of assaulting a young fan.

Others pointed to the double standards applied to men’s and women’s players by the NRL, which is home to scores of men with chequered track records on everything from common assault to rape, after rugby league commentator Ray Hadley labelled Moran’s comment “the most reprehensible thing I’ve ever seen connected to rugby league”.