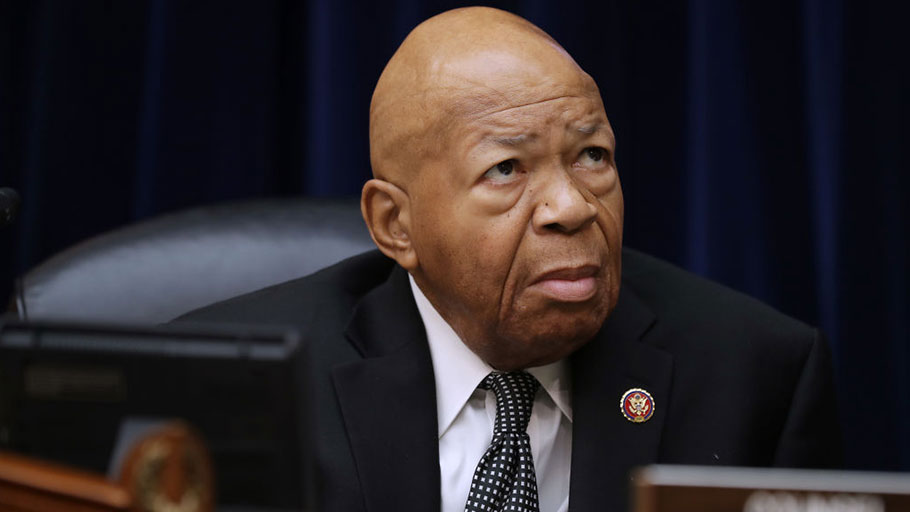 Long Before Trump’s Tweets, Baltimore Had Become a ‘Target.’ Here’s How Segregation Helped Create Its Problems

You Are Here: Home » Blog » Commentaries/Opinions » Long Before Trump’s Tweets, Baltimore Had Become a ‘Target.’ Here’s How Segregation Helped Create Its Problems

State leaders, city officials and resident and several Democratic presidential candidates have rushed to defend the city of Baltimore after President Donald Trump lobbed an attack against Rep. Elijah Cummings and his Maryland district, which includes much of the city.

In tweets over the weekend, Trump claimed that Cummings’ Baltimore-area district is “considered the worst run and most dangerous anywhere in the United States,” and called it a “rat and rodent infested mess.” The attacks on Cummings, who as Chair of the House Oversight Committee heads several investigations into Trump, came after the Congressman called out officials with the Department of Homeland Security over the conditions facing migrants detained at the southern border. Claiming that the border detention centers are “clean, efficient & well run, just very crowded,” Trump said if Cummings “spent more time in Baltimore, maybe he could help clean up this very dangerous & filthy place.”

Cummings — whose district is about 55% black and comprises a large section of Baltimore, including Johns Hopkins University and its hospital system, which are the district‘s largest employers — tweeted in response that he is focused on issues that directly affect the people of the city.

Mr. President, I go home to my district daily. Each morning, I wake up, and I go and fight for my neighbors.

It is my constitutional duty to conduct oversight of the Executive Branch. But, it is my moral duty to fight for my constituents.

Baltimore has faced struggles in recent years, with a high homicide rate of more than 300 killings for four consecutive years, per the Associated Press, but historian Paige Glotzer says that Trump’s comments touch on a number of misconceptions about the city. Glotzer, a former Baltimore resident and professor at the University of Wisconsin-Madison, whose research has included looking into the effects of housing segregation, spoke to TIME about how a long history of discrimination and segregation has contributed to effects still felt today.

TIME: Given your research on the city of Baltimore, what was your initial reaction to President Trump’s tweets about the city?

GLOTZER: This is a tactic we’ve seen Trump use before, but also inaccurate in a number of ways, including one major thing, which is the misconception that areas in Baltimore that are majority-black have to have terrible conditions. It’s untrue and that flattening is really interesting, in that policy makers have done this for a long time.

What should people know about Baltimore’s history to understand the situation there today?

Going back to the 19th century, there’s a long history of Baltimore officials trying to cordon off what areas of the city black people could live in. A lot of policies grew out of that, like where roads, highways and schools were built. The split in how such services are provided has been one way where inequality has continued, where highways are a big geographic divide and performances are highly uneven in public schools. There are some areas with a higher asthma rates and fewer trees.

Housing segregation set Baltimore up to be one of the hardest hit cities in the subprime housing crisis. That was because a lot of the lending that spurred the crisis was predatory, based in long-time policies of housing segregation. That meant cities such as Baltimore had many areas that had very high foreclosure rates. Especially after the recession, the city really did lose a lot of its tax base and people not only lost their jobs like so many others across the country, but also lost their homes. We’re still dealing with the impact on having so many people, especially African Americans, have their wealth wiped out through foreclosure and housing segregation. The response to that, especially from federal and state government, a lot of people in Baltimore have felt that’s inadequate.

The Baltimore Sun, in its editorial responding to Trump’s tweets, argued that he, as President, has the ability to change things in Baltimore if he really wanted to. What was the role of federal policies in contributing to or addressing this problem?

A big example is redlining, which was a federal policy implemented locally by local people. The Home Owners’ Loan Corporation [created under Congressional authority in 1933 as part of a New Deal effort to help potential buyers] was trying to map many cities in the country to see which areas they might give mortgages to in order to help out during the Great Depression. When they made these maps, they turned to locals considered to be real estate experts, to get the scoop on who lived where and to make rules on what was considered a good area or a bad area. In Baltimore, the people who helped draw the maps were realtors who had already been working in the service of segregating Baltimore. They believed in racial exclusion and using racially strict covenants that would prohibit black people from moving into a place because of a legal contract they signed. The federal policy became a nationwide mandate to essentially segregate housing in order to access federal funding. This is what happened in Baltimore, and those standards were adopted by the Federal Housing Administration, and they made it a rule that any private lender or developer needed to follow those federal guidelines if they wanted to access federal credit, good mortgages or loans for development.

In Baltimore, the borders of those maps from the 1930s still form neighborhood boundaries today. And that affects how people get taken seriously by the city for services. Garbage pickup in one part of Baltimore is going to look different than garbage pickup in another part. This is something we really saw with Freddie Gray: police behave very differently toward residents of West Baltimore [where Gray was arrested] than they would to another section, say (majority-white) Roland Park. Policing is really uneven and tracks with race and class, which themselves are concentrated within these older boundaries.

When thinking about Baltimore and its history of housing segregation, do you consider it an outlier when compared with other cities where similar tactics have been taken?

You’ll find such problems all over the country, and the same sort of contrast between wealthy and poor districts, and with segregation. Baltimore has a reputation that may make it an easier target, that is as imagined as it is real. There are a lot of murders in Baltimore. However, it is important to think about how Elijah Cummings being African American is also playing a role in Trump targeting him. You can contextualize within the tweets [Trump] also sent about Ilhan Omar. It’s a larger pattern of not just finding a place to dismiss but also a place that’s represented by a black politician.

You mentioned Baltimore’s reputation. How do you think the President’s tweets will play into that?

The tweets said two things — that Baltimore was full of rodents, but also that no humans would want to live there. That’s untrue. People have a real desire to make their neighborhoods better, and they have a stake in it. The tweets make it seem like no one is doing anything on the ground or otherwise to make Baltimore a better place. That kind of assumption flies in the face of what you see in West Baltimore and across the country, of people who are proud of their neighborhood, who have communities, who establish institutions, who get grants, who have projects. There’s a certain type of vibrancy that exists, and has existed, regardless and even because of the struggles that people are facing.