You Are Here: Home » Blog » Initiative Posts » War on the “War on Drugs” Posts » Marijuana Wars 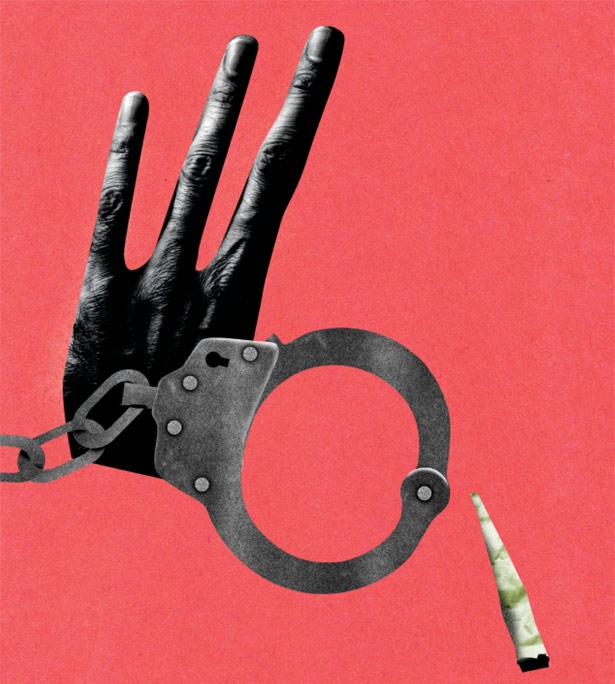 The failed war on marijuana has claimed countless lives to incarceration, mandatory minimiums and the marginalization that come from a drug crime rap sheet. That’s why, in The Nation’s new special issue, editor Katrina vanden Heuvel declares. “It’s time to end pot prohibition. It’s time to legalize marijuana.” Read all of the issue below.

Why It’s Always Been Time to Legalize Marijuana
Let’s put an end to a “war on drugs” that has ruined so many lives.
Katrina vanden Heuvel

Obama’s War on Pot
How the press declared the drug war over, even as the federal crackdown on cannabis continued.
Mike Riggs

The Scandal of Racist Marijuana Possession Arrests—and What To Do About It
The federal government has subsidized the criminalization of millions of young people simply for having a small amount of  pot.
Harry Levine

Let a Thousand Flowers Bloom: The Populist Politics of Cannabis Reform
The grassroots struggle to free the weed has always been about more than just legalizing pot.
Martin A. Lee

The Marijuana Miracle: Why a Single Compound in Cannabis May Revolutionize Modern Medicine
The discovery of pot’s astonishing medical potential is the most compelling new reason for legalizing the plant.
Martin A. Lee

Letter From Washington: Will Medical Pot Survive?
Legalization in the Evergreen State has led to parallel marijuana industries. Is there room for both?
Kristen Gwynne

Baking Bad: A Potted History of ‘High Times’
With support for legalized marijuana reaching unprecedented levels, the editors of the nation’s most popular pot magazine discuss its four smoke-filled decades of existence and its fight to end cannabis prohibition.
Atossa Araxia Abrahamian

The Drug War Touched My Life: Why I’m Fighting Back
A former cop, a former prisoner, the daughter of a marijuana caregiver who died in custody and others speak out against the war on cannabis.
Kristin Flor, Neill Franklin, Julie Stewart, Madeline Martinez, Amir Varick

The Cineaste’s Guide to Watching Movies While Stoned
The 1960s and ’70s were a golden age of film—especially if you didn’t mind the smell of pot smoke in the theater.
J. Hoberman

Pot Block! Trapped in the Marijuana Rescheduling Maze
One citizen-journalist’s journey into the drug war bureaucracy shows why previous efforts to reschedule pot have been DEA’d on arrival.
Harmon Leon

Is Pot-Growing Bad for the Environment?
Thanks to the drug’s illegal status, marijuana farms are not regulated—with serious costs to water and wildlife.
Seth Zuckerman