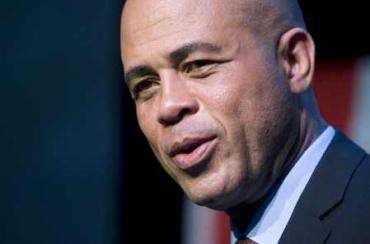 KINGSTON, Jamaica, Friday November 15, 2013, CMC – The Caribbean Community (CARICOM), will be meeting next week to discuss the recent controversial ruling by the Constitutional Court in the Dominican Republic which has stripped thousands of their citizenship.

This was revealed by President Michel Martelly of Haiti who is on a three day official visit to Jamaica.

The CARICOM officials will be meeting with Martelly, however the Haitian President told reporters that the issue is not a Haitian one.

“And if I am not mistaken, the Dominican constitution states that when born on Dominican soil, one is a Dominican , so this issue is a major Dominican issue,” the President said.

Concerning Jamaica’s position on the matter, Prime Minister Portia Simpson Miller said the stance taken by CARICOM will be stronger than a position taken by Jamaica on its own.

“We have not yet had a full discussion on CARICOM on it and I think that the position should not be that of a single country. We have Jamaica’s position , but we need to take position as a region and the fact that the Dominican Republic is also seeking membership with CARICOM,” she said.

On Thursday, the international human rights group, Amnesty international, again called on the authorities in the Dominican Republic to suspend the implementation of the Constitutional Court ruling until the Inter-American Commission on Human Rights (IACHR) visits the country.

Amnesty International said the ruling should be suspended until the IACHR formulates its recommendations based on the Dominican Republic’s international human rights obligations.

Amnesty is also urging the IACHR to “ take all necessary measures to protect from racism, xenophobia and violence, persons with actual or supposed foreign origins, as well as human rights defenders, journalists and other individuals who might be at risk for having spoken out against the ruling 0168-13 of the Constitutional Court.”

Amnesty says the IACHE should initiate a national consultation with civil society and groups of persons affected by the ruling “in order to take all administrative and/or legislative measures possible to restore Dominican nationality to all of those who were deprived of it by the Constitutional ruling”.