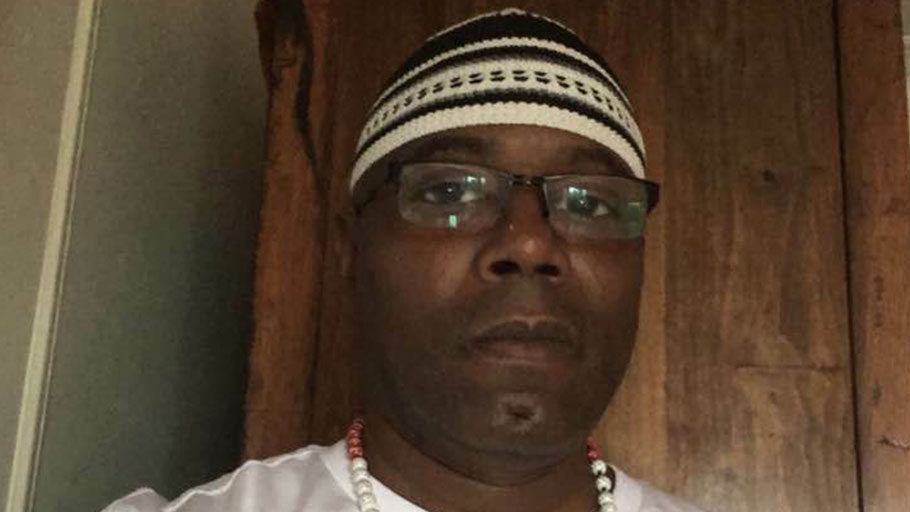 Newark Activist On Black History Month: Where Do We Go From Here?

You Are Here: Home » Blog » Commentaries/Opinions » Newark Activist On Black History Month: Where Do We Go From Here?

“When we really unify with one another, fight for self-determination, vote, and coalition build, our movements become much stronger.”

With the tragic killings of Blackmen, Blackwomen, Black children, and Black youth going on in African America on a daily basis, we must force our people, and the world, to understand that neglected and failed American policies to eradicate racism, Black self-hatred, poverty, drugs, high incarceration rates of Black people, and joblessness, and coupled with the fragmentation of the Civil Rights and Black Power Movements within the Black community, have created abnormal levels of violence (i.e. police and Black on Black violence) and despair in the city of Newark, and all over cities in America, for nearly 50 years! Therefore, as a result of this intentional abandonment by the American power structure, and the irrelevance of the Civil Rights and Black Power Movements amongst today’s Black masses, genocide and violent conditions rages onward within the African American community! Here is the question: Where Do We Go From Here To Solved These Decades Old Problems Affecting America’s Most Oppressed Group-Black People? Since this is Black History Month, we all must turn to the pages of African American history to find the best strategies to force the American power structure, and their Black gate-keepers, to address violence and oppression in the African American community.

Our political and cultural foundation must be rooted in Dr. Martin Luther King, Malcolm X, the Most Honorable Elijah Muhammad, Kwame Ture, the legacy of the Original Black Panther Party, the US Organization, the great Imamu Amiri Baraka, Amina Baraka, Rosa Parks, Queen Nzingha, and the many great Black teachers and leaders in African American history. These giants taught us inordinate lessons of Black excellence, struggle, perseverance and victories. They taught us that the road to power was through voting, Black pride, Black unity, self-determination, electoral politics, nation-building, and coalition building.

Firstly, the science behind the vote. The Black vote is rooted in mass rallies, mass demonstrations, mass marches, violence and bloodshed. Although the 15th Amendment was signed into existence in 1870 by the United States Congress to give African Americans the right to vote after slavery ended in America in 1865. Unfortunately, racist whites, who became threatened by new Black political power at this time, worked to limit the Black vote. Racist whites put in place barriers, such as the grandfather clauses (i.e. If your grandfather voted you could vote, but if your grandfather did not vote you could not vote), literacy tests, and poll taxes. And if the government still would not deter Black people from voting, White racist violence was allowed to deny Black people the franchise. These racist practices lasted nearly 100 years! But Black folks got tired of being denied the right to vote through intimidation and fear tactics. They found the courage to challenge state sanctioned racism through protests led by Dr. Martin Luther King, Jr. and Civil Rights Movement activists. The Selma to Montgomery March shamed America into establishing 1965 voting rights act, which abolished all kinds of barriers that were created by the power structure to prevent Black people from voting. Our elders and ancestors had to fight and die in order to force the American government to change racist laws and policies in order for us, and all people, to have the right to vote in America today. Enough said! We owe it to our ancestors and our elders to vote! We should not be tossing our vote away for anyone. Voting helps us elect politicians that will create programs and policies to protect our interests.

Secondly, Black history taught us that the most revolutionary act is to unite with our people first before anyone else in the world. Despite the attacks by the American power structure to completely destroy Black people and Black culture, Black leaders and revolutionary Black organizations rose up to protect Blackness such as the Universal Negro Improvement Association (UNIA), the Nation of Islam, the Original Black Panther Party, and the US organization. They saw the need to work independently to rebuild the Black Nation that was totally broken by American slavery. Since these Black leaders and Black organizations believe self-determination is the God given human right of all people to shape their own world, they went to work to help empower African Americans without the permission of White folks. These Black leaders and Black organization challenge our people to embrace their own Black culture by helping us to re-connect with mother Africa and with African cultures, languages, religions, and names. These movements created safe spaces for the foundation for Al-Islam and the learning of Arabic, a faith and a language that was originally spoken and practice by the majority of Black people prior to our enslavement in America. But they just did not stop to limit Blackness to land, culture, language, Black liberation Flags, and religion, these bold Black revolutionaries began to organize the masses politically for a Black agenda. They said we must create a Black agenda to force the America power structure to address the myriad of issues fashioned by hundreds of years of American slavery, and nearly a hundred years of segregation, that made the Blackman and Blackwoman self-destructive in their own African American community. They believed that no matter if the President is black, white, gay, lesbian, Arab, Muslim, Christian, Jew, Asian, or other family, if we have a sound Black agenda, the President, power structure, and elected officials must address Black people. In 1972, African Americans organized for a Black agenda in Gary, Indiana called the National Black Assembly. From that Assembly, African Americas began to control the local electoral politics and the politicians in their communities.

Thirdly, some of the most important lessons woke Black history has taught us, which we now have forgotten about in the age of the new millennium, reality shows, social media, the movements for intersectionalism, and in the age of Donald J. Trump, is art of mastering the science of coalition building. The wisdom from our African ancestors taught us that it is absolutely essential to build coalitions with other oppressed groups, such as Latinos, Native Americans, Asians, Arabs, Muslims, women, poor whites, the working-class, laborers, gays and lesbians to create a fair and just society for all people. This doesn’t make us a sell-out or and an Uncle Tom. Coalition building makes us all empowered and protects all of our interests! Therefore, if we find a way to work together, all of our positions will become much more powerful. This will force America, Republicans, Democrats, the Green Party, the Trumps, the Clintons, the Governors, the Mayors, the local council people, the Senators, the House of Representatives, the political pundits, the CNNS, the MSNBCs, the Foxes, or any political entity, or political leader, to protect our issues. Fighting amongst oppressed groups is reactionary. It plays into the hands of the power structure by playing us against one another. When this happens, we fall back into a narrow thinking and begin to isolate ourselves, and our communities, from resources, policies, and laws that could change our world for the better.

Fourthly, Black history has taught us we must continue to established and finance independent Black organizations. The few gains we have in America is largely due to Black people directing Black liberation and Black empowerment through organizations established in the African American community. From Bus Boycotts to the elections of Black elected officials, the movement for Black self-determination has always been organized organically by African Americans. If we forget to practice this principle, then we as African American will never muster enough power to bend the American power structure in our direction. The power structure will, in turn, define our movement and interests and determine who our leaders should be in the African American community. This is why woke Black people taught us that a revolutionary African culture is necessary to help psychologically fight hundreds of years of Black-self-hatred created by slavery, colonialism, white supremacy and racism. This is also helpful, so that African Americans will be committed to the struggle Black liberation and to ourselves for freedom, justice and equality.

When we really unify with one another, fight for self-determination, vote, and coalition build, our movements become much stronger. This is why the Kings, the Malcolm’s, the Panthers, the US Organizations, the Karengas, the Elijah Muhammads, the Barakas became threats to the racism, classism, exploitation, oppression, Black self-hatred, sexism, and senseless violence. The power structure knows that if we had clear understanding of the history on unity, self-determination, voting, electoral politics, and coalition building, our people and our communities would have been transformed for the better a long time ago. We would even have political candidates and elected officials on every level of the United States government fighting to ensure that our interests are protected by laws and policies.

If we look to African American history, we would find the power to stop the violence and the oppression of Black people in America. But if we do not see the importance of our own Black history, we will never find the road map to become our own liberators!