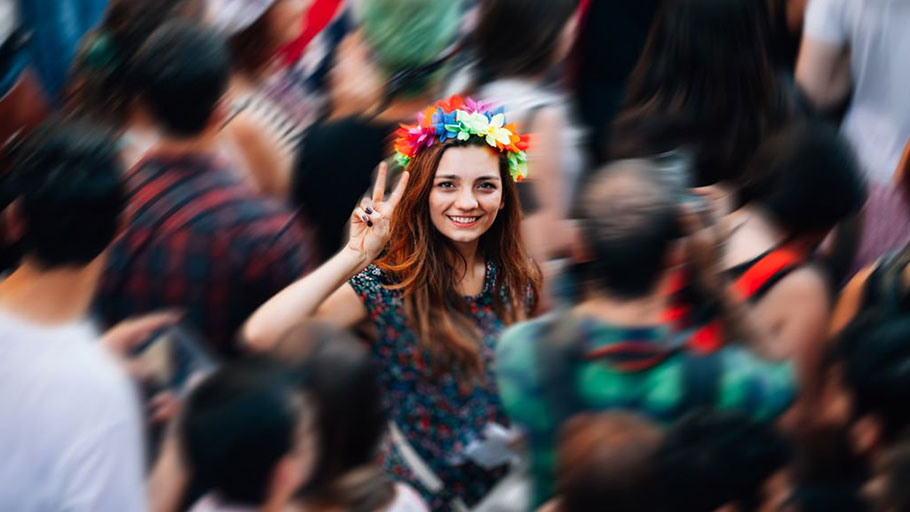 You Are Here: Home » Blog » Commentaries/Opinions » Reparations and Why Millennials Aren’t Exactly Colorblind

There are few things in U.S. culture more divisive than a discussion surrounding whether the descendants of the “peculiar institution” of slavery should be compensated. For most African-Americans (and half of Hispanics) the answer is yes, but more than half of white Americans remain opposed to the idea.

According to a 2016 Marist College poll, “Nearly six in ten Americans assert the current wealth of the United States is not significantly tied to work done in the past by slaves, although most consider the history of slavery and other forms of racial discrimination to be at least a minor factor in the gap in wealthbetween white and black Americans.”

Released in connection with the PBS debate series “Point Taken,” the poll revealed when broken down along racial lines that “Among the races polled, 81 percent of white Americans said no to reparations for slave descendants, the highest number of all races. The numbers were much closer among blacks and Hispanics, with 58 percent of blacks supporting reparations and 35 percent against the idea. Hispanic Americans were almost evenly divided with 47 percent against and 46 percent for providing money for slave descendants.”

“Point Taken” series creator and senior executive-in-charge Denise Dilanni described the poll’s numbers as “These results, while not surprising, are indeed striking in the persistent racial divide in attitudes about reparations.”

Still, there are signs that younger generations may just usher in change, with the poll also finding that “More than half of millennials questioned say they are willing to at least consider the idea of paying reparations to the descendants of slaves.”

Historically, at least, the idea of reparations is nothing new, as seen in 1988 when President Reagan signed the Civil Liberties Act, which provided compensation to more than 100,000 Japanese-Americans incarcerated in internment camps during World War II.

In addition to a formal apology, $20,000 was granted to each victim or next of kin of those illegally interned. A House report concluded that “A grave injustice was done to citizens and permanent resident aliens of Japanese ancestry by the evacuation, relocation, and internment of civilians during World War II.”

The aftermath of the same war would prompt a similar move from Germany, whose decimation of millions of Jewish people would later lead to over $822 million in reparations for the heirs of Holocaust survivors.

Even a few Native American tribes (which have arguably witnessed the most injustice throughout this nation’s history) have been awarded compensation, with 17 winning a 2016 lawsuit that found they are owed $492 million from the U.S. government.

When it comes to African-Americans, however, the horrors of slavery have largely been condensed and swept under the rug into the “get over it” pile. Despite years of legislative wrangling — including from former Rep. John Conyers, who, in each congressional session since 1989, has introduced a bill to form a committee to examine slavery and study reparations proposals — reparations have become similar to the promise of “40 acres and a mule” that never materialized.

“I’m not giving up. Slavery is a blemish on this nation’s history, and until it is formally addressed, our country’s story will remain marked by this blight,” Conyers told NBC News in 2017.

In “The Case for Reparations,” writer Ta-Nehisi Coates presents a persuasive, well-written argument about the merits of at least discussing providing reparations to the descendants of slavery.

“Something more than moral pressure calls America to reparations. We cannot escape our history. All of our solutions to the great problems of health care, education, housing, and economic inequality are troubled by what must go unspoken,” wrote Coates.

Recalling a conversation with Chicago resident Clyde Ross, he continued, “‘The reason black people are so far behind now is not because of now,’ Ross told me. ‘It’s because of then.’”

Just what reparations would look like, if feasible, remains highly contested. While some claim they shouldn’t have to “pay for something they had nothing to do with,” other critics have cited costs and the difficulty in determining which Black Americans should receive payments — and for how much. A 2015 analysis in Newsweek that found that reparations could cost up to $14 trillion — some 70 percent of the U.S. gross domestic product — illustrates the unlikelihood of such a proposal becoming a reality.

But others point to America’s timeline of chattel slavery, oppressive Jim Crow legislation, and the ongoing financial disparity between Black and white Americans as ample proof that some version of reparations is the least that can be done.

In 2005 economists William A. Darity Jr. and Dania Frank presented a paper outlining a variety of frameworks for how reparations could be made. The pair laid out proposals that would include lump-sum payments, monetary vouchers, or even a fund from which Black Americans could receive grants in order to finance ventures like education or home ownership.

The duo wrote, “Thus reparations could function as an avenue to undertake a racial redistribution of wealth akin to the mechanism used in Malaysia to build corporate ownership among the native Malays.”

Laying out their own criteria for qualifying, they added, “First, individuals would have to establish that they are indeed descendants of persons formerly enslaved in the United States. Second, individuals would have to establish that at least 10 years prior to the adoption of a reparations program they self-identified as ‘black,’ ‘African American,’ ‘Negro,’ or ‘colored.’”

Loyola Law School professor Eric J. Miller also made his own case for reparations. “Part of our history is our grandparents participating in these acts of terrible violence [against black people]. But people don’t want to acknowledge the horror of what they engaged in,” he said.

Nonetheless, while millennials may indeed be more open to the possibility of reparations for American slavery, solely relying on them to usher in change may prove to be disappointing as well. In a generation that is generally considered to be more racially inclusive than its predecessors, there still appears to be a disparity between the way that some black and white millennials view race in America.

According to a 2017 GenForward study, while “Millennials of all racial backgrounds list racism as one of the three most important problems in America,” they also found that “Nearly half (48%) of white Millennials believe that discrimination against whites has become as big a problem as discrimination against Blacks and other minorities, while only about a quarter of African Americans, Asian Americans and Latinos share this view.”

Certain debates spark a similar divide in attitudes, with the study also finding that “A majority of African Americans (56%) and plurality of Asian Americans (43%) have a favorable opinion of Black Lives Matter, but only 27% of Latinos and 19% of whites share this view.”

In December 2017 the Washington Post released its own findings, concluding that “feelings of white vulnerability” contributed to the “41 percent of white millennials [that] voted for Trump in 2016.”

“About 84 percent of millennial Trump voters were white,” the Post reported, describing the voting trend as “[compared] to white voters who did not support Trump, Trump voters were more likely to be male, married and without college education.”

Now roughly between the ages of 22 and 37, while millennials were not alive for the severity of Jim Crow and the bitter fight for civil rights, the prevailing attitudes of those that raised them — both good and bad — still persists.

As the Chicago Tribune noted last August, “millennials overall are more racially tolerant than earlier generations — but that’s because young people today are less likely to be white. White millennials exhibit about as much racial prejudice, as measured by explicit bias, as white Gen Xers and boomers. Yet even young people know that overt racial animus is socially frowned upon, a deal-breaker for those seeking friends, spouses or gainful employment.”

Such findings show that as the fight for equality — and perhaps even reparations — continues, it cannot be left on the shoulders younger Americans alone. All hands must be on deck.