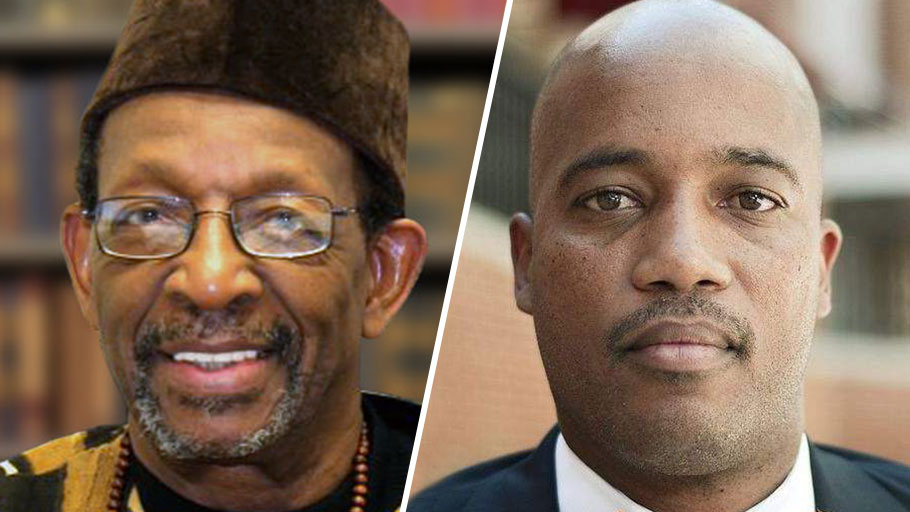 You Are Here: Home » Blog » Commentaries/Opinions » Repaying the debt owed to Black people requires a democratic and reparative economy

The entire racial capitalist system that extracts labor and blood from Black lives must go.

America owes Black folks. The modern-day prophet Ta-Nahesi Coates, drawing on the wisdom and generations-old fight of Black freedom fighters such as Mother Callie House, James Forman, Randall Robinson, and the Malcolm X grassroots movement, cogently made the case in his seminal article, “The Case for Reparations”, when he called out the 250 years of chattel slavery, 96 years of Jim Crow, and 60 years of separate but equal that Black folks have endured in America.

This argument is further buttressed by the half-told history of the wholesale gentrification of Black neighborhoods that have been devalued by redlining and disinvestment, and the restrictive covenants that historically undermined Black homeownership and the ability to build Black wealth, which in turn has perpetuated the racial wealth gap. It is also made plain by the ongoing violence against Black bodies that occurs in every form, from the disproportionate impact of the COVID-19 crisis on Black people to the brazen, state-administered killings of George Floyd, Breonna Taylor, Ahmaud Arbery, Sandra Bland and countless other Black people at the hands of those who are supposedly sworn to protect and serve them.

This is what racial capitalism is designed and intended to produce. Black folks know this all too well. Others are discovering and experiencing this reality, too.

Yes, America owes Black folks. How much? Nat Chioke Williams, President of the Hill Snowdon Foundation, once offered an answer to this question in an open forum on reparations and the democratic economy. His answer: All. Of. It.

The more important conversation is not how much must be paid, but rather how much must change. To be frank, all of it ultimately has to change. In other words, the entire system that continues to exert violence against and extract labor and blood from Black lives and communities must go. America’s system of racial capitalism must be overturned and replaced with a system—and ways of being—that naturally produce the outcomes of justice, freedom, health, healing, sustainable environment, and collective well-being that we seek. We call that system “a democratic and reparative economy.”

A democratic economy is, simply put, an economy of, by, and for the people. It is fundamentally designed to meet our essential needs within the regenerative capacity of the earth; it responds to the voices and concerns of regular people; it shares wealth without regard to race, gender, nationality, or class; it places serving the common good at its core.

At The Democracy Collaborative and our research arm, The Next System Project, we are working to advance theories and practical models that we call the Elements of a Democratic Economy. In many ways, these approaches are patterned after liberative and self-determined Black cultural values such as ujamaa (cooperative economics), ujima (collective work and responsibility), and kujichagulia (self-determination). They are the same values driving Black-led democratic economic experiments in places like Jackson, Mississippi (Cooperation Jackson); Boston, Massachusetts (Ujima Project and the Boston Impact Initiative); Los Angeles, California (Crenshaw Subway Coalition), and Atlanta, Georgia (The Atlanta Wealth Building Initiative). These types of projects are democratic in the sense that they put control of the economy and what it produces into the hands of the widest base of people—in these cases, Black people.

A reparative economy takes its cues from the reflexive activity of the human body and nature. For example, when the body suffers a wound or has an infection, cells, platelets, chemical signals, lymphatic nodes, and other bodily systems all conspire to ward off further damage and repair the body. Similarly, a reparative economy reckons with the reality that human beings (especially those of us under the seductive sway of American capitalism and its primary driver, white supremacy) will always do harm, even when our best intentions are present. Given this reality, we need to design and bring into being an economy in which repair is a natural and reflexive impulse embedded in its operating system.

The concept of a reparative economic system that behaves like this is a new one. It invites collaboration and interaction across every sector of our community and economy, a deep commitment to reparative justice, a “by any means necessary” will to the name and confront perpetrators of harm, and an infinite capacity that allows for healing and collectively determined well-being amongst those who have been most victimized and traumatized by our economy.

Early signs of this kind of systemic approach are beginning to emerge, particularly under the leadership of such movement-building actors as the National African American Reparations Commission (NAARC). They have proposed a comprehensive 10-point plan that is serving as a guide for local reparations projects that are emerging in places such as Evanston, Illinois; Asheville, North Carolina; and the Washington, DC/Northern Virginia region of the United States. While this work is compelling and necessary, it is still in the nascent stages of a more protracted effort to replace the current system of racialized capitalism with one that is democratic and reparative at the same time. Furthermore, as this movement continues to take center stage in the public’s consciousness, equally compelling opportunities and proposals are emerging at the level of the macroeconomy that can also be deployed at the level of microeconomy and local communities.

One reparative example: buyouts, not bailouts

American capitalism’s bias toward big business and corporate power at the expense of Black people and the rest of us is fully evident in the federal government’s response to the economic fallout from COVID-19. As was true in the 2008 financial crisis, trillions of dollars have gone to big corporations while small businesses, state and local governments, and everyday Americans are left to scrounge for crumbs.

My colleague at The Democracy Collaborative and The Next System Project, Thomas Hanna, argues that if public dollars are used to save big businesses from failing, then the public should receive an ownership stake in those companies in return, along with the control that comes with ownership. Public buyouts done in a democratic and public ownership frame open possibilities for game-changing reparative solutions. For example, any time the public rescues a corporation by gaining control of a portion of its shares, the corporation could be required to complete a reparations review. The company’s history and business practices would be examined to determine if and how it benefited from or contributed to chattel slavery and ongoing systemic discrimination against Black people, families, and communities. The review’s results would inform public demands for the reparative actions the corporation must do as a condition for its publicly funded financial lifeline.

Let’s take an example from the 2008 financial crisis in America. Hundreds of US banks and other companies received this kind of “public assistance”, including economic titans like AIG, General Motors, and Chrysler. In fact, for a fleeting moment, the American taxpayer owned 36% of Citigroup, one of the largest financial services institutions in the world. Billions, perhaps trillions, of dollars were in the proverbial hands of the American public (albeit through the federal government) that could have been used to fund Black-led democratic and reparative economic projects that rise to the scale of Mondragon, one of the largest industrial cooperative economies in the world. Other tenets of a democratic and reparative economy could have also been supported to advance Black liberation and thriving, including a universal basic income, community land trusts, publicly and community-controlled financial institutions, the green economy, and even movements to “defund the police” and build Black civic and political power, independent from our two-party system if necessary.

The health and economic wreckage the COVID-19 pandemic continues to leave in its wake, and the predictable corporate bailouts that are happening right before our eyes in real time, have presented us with yet another opportunity to replace the prevailing system of racialized capitalism with ideas such as these (and others) that move us toward an economy that is more democratic and reparative. The next crisis, which is sure to come, will offer us the same.

The fight for the future is happening now. How much do we want? How much has to change? All of it.

Dr. Ron Daniels,
President of the Institute of the Black World 21st Century
Convener of the National African Reparations Commission

This article was originally published by openDemocracy August 11, 2020.