You Are Here: Home » Blog » Commentaries/Opinions » South Africa in turmoil 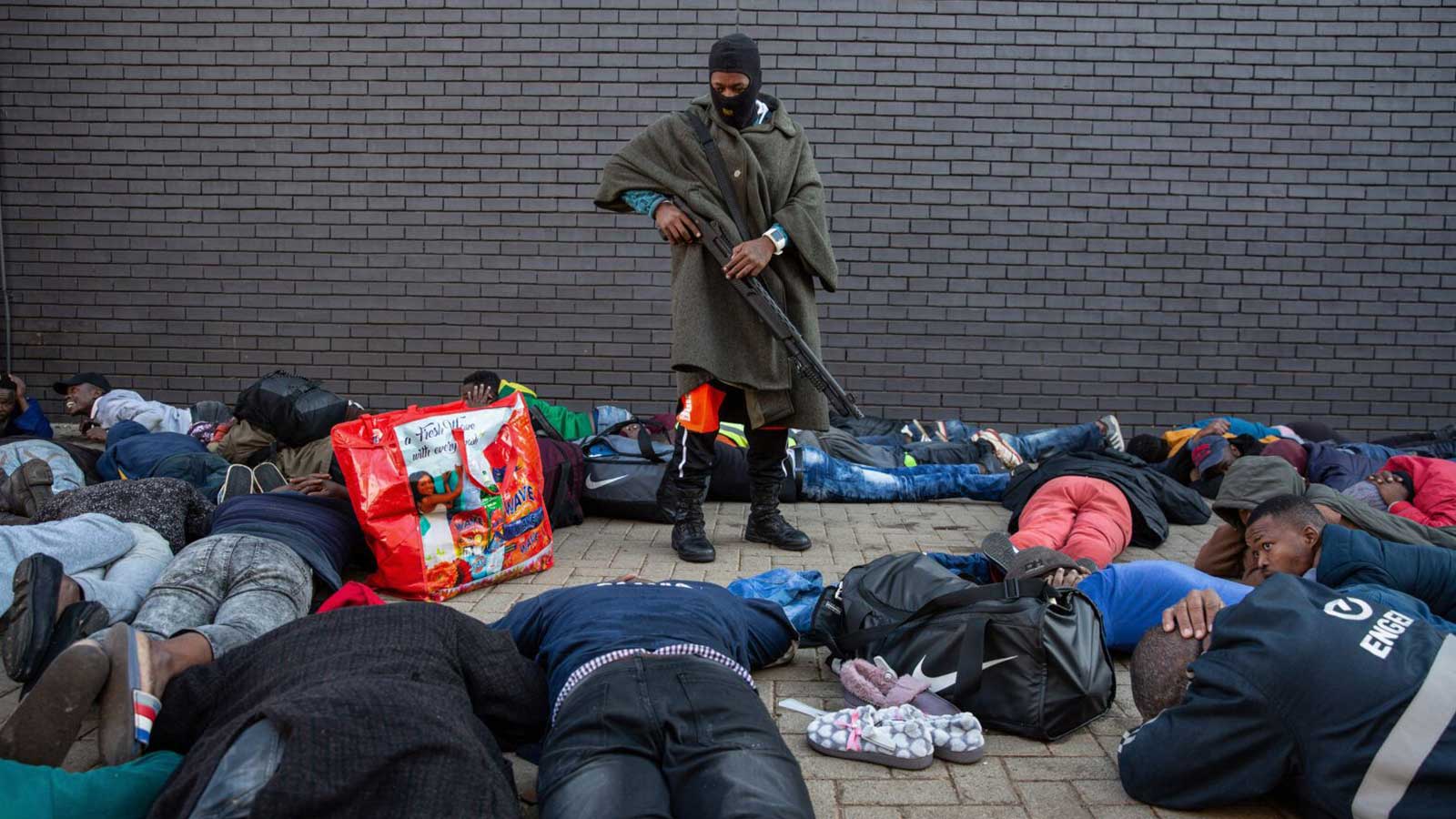 It’s the worst violence South Africa has seen since liberation hero Nelson Mandela walked free from prison and laid the foundations for the “Rainbow Nation” three decades ago.

More than 70 people are dead, shopping malls have been burned to the ground, cargo trucks torched, highways blocked, and there have been running street battles and stampedes in which fleeing looters were crushed to death. Banks’ ATMs have been blown up and essential services like health clinics ransacked, while more than 1,000 people have been arrested. Google Maps has introduced a riot tracker so people can avoid unrest. Among the extraordinary scenes, as seen below, a baby was thrown to safety from a building looters had set on fire.

The country, already struggling amid a COVID-19 surge, is now teetering on the brink, forcing President Cyril Ramaphosa to send the army into the streets and prompting calls for calm from the United Nations. 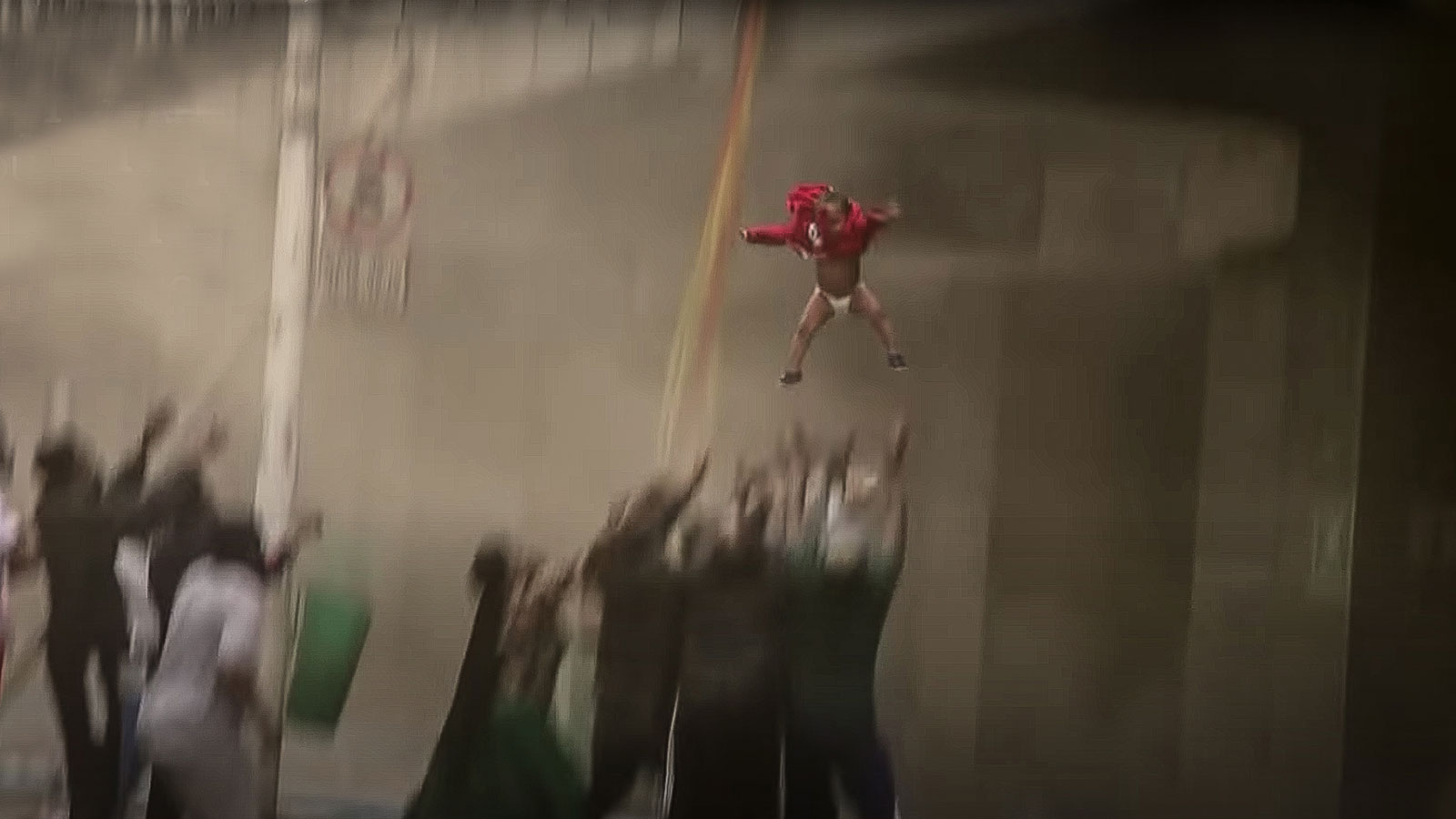 As I drove today through Alexandra, an affected Johannesburg township, passing row after row of shacks, makeshift hair salons, shuttered taverns, police vehicles and streets strewn with rocks from the unrest, I hoped what I was witnessing would be just a blip in South Africa’s progress.

So what happened to this G-20 nation that is Africa’s most industrialized economy with one of the world’s most progressive constitutions?

It was a pivotal moment on a continent, and in the broader world, where the powerful seldom end up behind bars for their crimes.

Zuma, a former freedom fighter from Mandela’s African National Congress (ANC) party, was sentenced to 15 months for contempt of court after he failed to appear at a corruption inquiry looking into graft and influence peddling during his nine years in power.

Despite the scandals, the 79-year-old has a stranglehold over an important faction of the ANC and is loved by many for his singing, dancing and contagious laugh — his second name, Gedleyihlekisa, translates to “the one who laughs while grinding his enemies.”

But last week, South Africa’s judiciary had the last laugh and won praise for its fierce independence when it sentenced one of the country’s most powerful men to prison.

Aside from the contempt of court ruling, Zuma — who previously was acquitted of rape charges — faces over 700 counts of corruption in a separate case.

The former goatherd with little formal education rose through the ranks of the ANC when it was a banned organization under the racist apartheid regime. He was imprisoned with Mandela on the notorious Robben Island for 10 years, so in many ways, I find it tragic that he is returning to a cell, not as the hero who was once on the right side of history, but as an old man in disgrace.

But it is also necessary. When Zuma was finally forced to resign in 2018, his successor, Ramaphosa, vowed to end the corruption that has hampered the country’s growth and left millions of South Africans in poverty.

The court’s decision is a declaration that no one is above the law, leaving Zuma’s allies to tremble in their Johannesburg mansions wondering if they are next.

In fact, some are now suggesting that former spies and government officials loyal to Zuma might be perpetuating what is essentially state sabotage in an attempt to bring Ramaphosa’s government to its knees. What kind of protesters, after seizing food and other goods, target a water treatment facility, for example, or attack media offices?

“You can see the modus operandi [is] very sophisticated. This campaign is not sporadic, it is not spontaneous, there is somebody behind who is driving this operation,” State Security Deputy Minister Zizi Kodwa said today. It’s a view that was echoed by Thuli Madonsela, a former special counsel and Zuma appointee who saw her political career doomed as a result of her investigation of the former leader.

The struggle within the ANC between the Zuma wing and those who support Ramaphosa’s “new dawn” could prove to be a tipping point for the country: Will it continue its efforts to recover from what Finance Minister Tito Mboweni has called “nine wasted years” under Zuma, or slide toward becoming a failed state, as some experts have predicted?

More than half of South Africa’s 60 million people live in poverty, a legacy of the inequality and deep divides established during apartheid’s white minority rule.

It is therefore deeply sad and ironic that many of the protesters running riot in Zuma’s name are the same poor South Africans who were hurt the most by his rule. While they loot televisions and microwaves from malls, the former president’s government stole billions in taxpayer money that could have created jobs and built houses, hospitals and schools.

Stoked by Zuma’s faction as well as a plethora of fake news on social media, the protests in Zuma’s home province KwaZulu-Natal heartland and the economic center of Gauteng province have now devolved into anarchy the likes of which South Africa has not seen since the final years of the struggle against apartheid.

Suhayl Essa, an emergency room doctor, was working at Johannesburg’s Hillbrow Clinic when rioting broke out nearby. He saved a 6-month-old baby shot by a rubber bullet but was unable to help a man who had been knifed in the neck by looters. 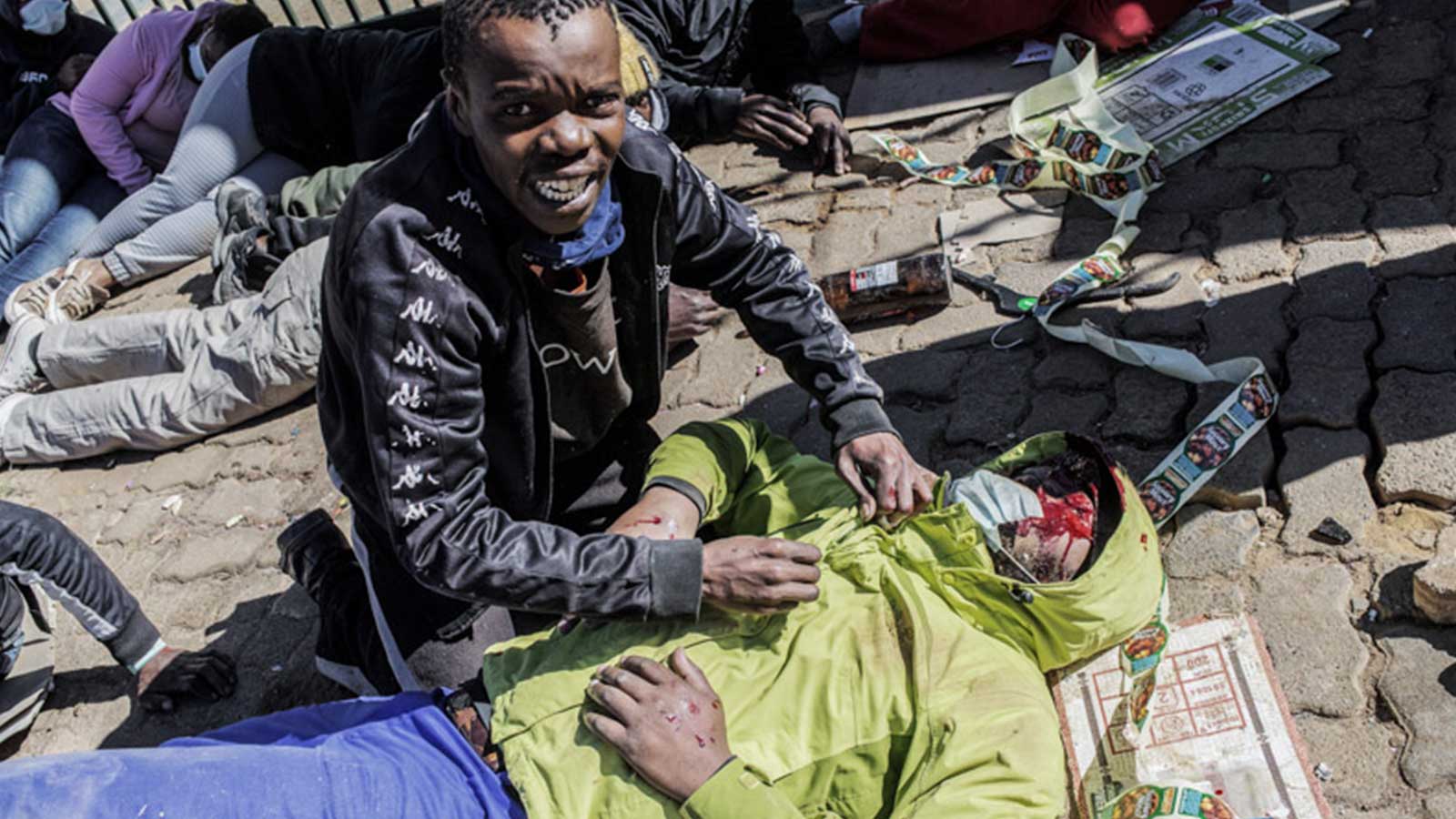 “It felt like I was in a war zone,” Essa told OZY. “We’re already in such a dire situation with COVID.”

While tribal tensions are seldom mentioned in democratic South Africa, where white-Black fault lines remain an issue, Ramaphosa warned earlier this week against “ethnic mobilization.” This was an apparent reference to Zuma’s Zulu tribe, the biggest in the country. Already, white and Indian South Africans are arming themselves and forming neighborhood watch groups to protect their property, raising fears of vigilantism.

The country also has a history of deadly xenophobic attacks on other African nationals. It’s a powder keg waiting to explode unless the police and army are able to enforce the rule of law.

Alarmingly, the unrest is hampering a vaccine rollout that’s just getting off the ground in the country worst hit by the pandemic on the continent, with more than 65,000 deaths and an oxygen shortage that’s hobbling its battle against the dangerous Delta variant of the virus.

The riots, fueled mostly by maskless looters breaking curfew, could prove the ultimate superspreader events. Vaccination sites that have been damaged or are at risk have been closed, pharmacies and medical centers have been looted, ambulances have been attacked, and HIV patients have had their access to antiretrovirals disrupted.

There are also concerns about food and fuel shortages caused by panic buying. Siyabonga, a 30-year-old from Mandela’s home township of Soweto, told OZY he stopped at several shops in search of bread, and they were all out of the staple.

“The poor people will suffer,” Siyabonga said. “We were happy the vaccine was here, but now people are causing more damage. … They were not supporting Zuma, they were just stealing.”

And what they’re stealing is priceless. It’s called a dream. One of the modern world’s most ambitious democratic experiments faces its greatest test. Will there still be a rainbow on the other side of this storm?

The assassination of Jovenel Moise: What next for Haiti?

The assassination of Jovenel Moise: What next for Haiti?
We Need Your Support — Donate, Share, Sign-Up Ways to Support