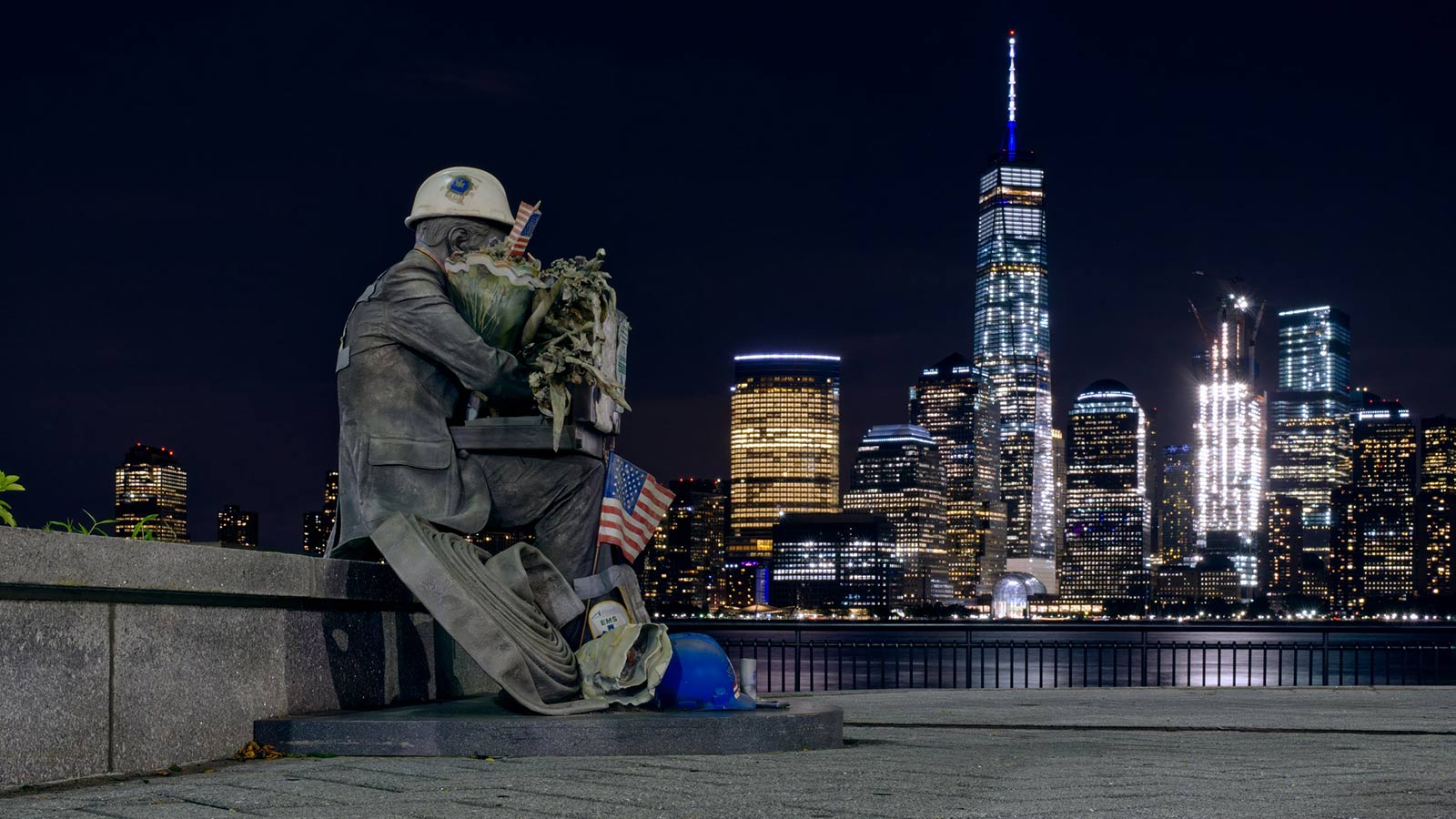 How the events of Sept. 11, 2001, inaugurated an age of militant populism and disruption

By Damon Linker, The Week —

What does a day mean? We’ve been struggling to answer that question about Sept. 11, 2001 — to assimilate it into American and world history in a convincing way — for 20 years now.

Looking back from the standpoint of 2021, most of the early reflections on the day’s meaning are undistinguished. That’s understandable. Making sense of one’s own moment in the flow of time is always difficult, and especially so at moments of shock and trauma.

I know that was true in my case. I was in Manhattan on 9/11. The first plane flew directly over my head on the way to its target three miles south of the office I was walking to from the 23nd Street subway station on Park Ave. Nothing I said or wrote about that day for months afterward is worth being remembered. I was angry and afraid, gritting my teeth as I walked as quickly as possible across the concourse of Grand Central Terminal twice a day, hoping I could avoid the suicide bombing I was sure would target rail commuters sooner or later. And don’t even get me started on the imaginary unmarked white van containing a small nuke or dirty bomb. That van haunted my days and nights, threatening to turn my pregnant wife into a widow and robbing my unborn son of a father.

Most commentary at the time, from the White House no less than journalists, enacted a slightly more polished version of my own private anxiety attack. There were some helpful explanatory pieces about Osama bin Laden and Al Qaeda. But most of it was blunt and reactive: This is war. They hate us for our freedoms. Wanted: Dead or Alive.

But some managed something better. Andrew Sullivan penned a short, moving piece for The New York Times titled, “This is What a Day Means,” reflecting on how Americans had always taken for granted their safety and isolation from so many of the world’s worst problems and suffering, and that this was part of the country’s allure for so many who had come here to build a new life. This sense of protection was shattered on Sept. 11, Sullivan suggested, and that made the day a historical turning point, like the day an assassin’s bullet sparked World War I. It was a hinge moment, a single event on a single day that changed everything that followed.

Sullivan’s article was a powerful piece of writing, but it focused mainly on that moment of stunned disbelief rather than seeking to describe precisely how the world might change. In that respect, the short essay New York University historian Tony Judt wrote for The New Republic on the evening of Sept. 11 itself stands out as even more impressive — and perhaps the most insightful and prescient piece of writing to emerge from the immediate aftermath of that day’s events.

The essay, which isn’t available online, is titled “Burst.” It begins with an electrifying and bold statement: “On Tuesday morning, September 11, from my window in lower Manhattan, I watched the twenty-first century begin.”

Judt soon clarified what he saw as distinctive about this dawning new century:

In the twentieth century, war was made on civilians. In the twenty-first century, war will be made by civilians. It will be the definitive “faith-based initiative,” requiring neither guns, tanks, ships, planes, nor missiles. Like other faith-based initiatives it will bypass the conventional state. All it will need is planning skills and a willingness to die for your beliefs. Everything else — machinery, technology, targets — will be furnished by civil society, its victim. The point of such warfare will not be to achieve an objective, much less win a final victory. It will be — it already is — simply to make a point.

In the case of the attacks on the World Trade Center and Pentagon, the point the terrorists aimed to make was captured in the title of Judt’s essay: It was simply to burst the “bubble of American preening and pride” — to “humiliate the United States.”

That gets at something real and true, even if its dynamic has unfolded somewhat differently than Judt envisioned. The quoted passage makes it sound as if he’s describing an endless succession of Sept. 11-style terrorist attacks, and the rest of the column confirms that this is what he meant. But Judt’s core insight — that the 21st century will be marked by rage-filled civilian rebellion against centralized power primarily for the sake of inflicting a humiliating wound — was spot on. Indeed, the intervening two decades have confirmed it in ways he could hardly have anticipated. (Judt died of complications from amyotrophic lateral sclerosis, also known as Lou Gehrig’s disease, in 2010.)

We now inhabit an age of militant populism and disruption.

At the end of the 20th century, parties of the center left and center right held power just about everywhere free and fair elections were regularly held. These centrist parties pursued technocratic policies that sought to expand the reach and domination of liberal democracy across the world — by using military force to punish those who dissented from it, by opening markets for Western multinational corporations, by encouraging the free movement of people and products around the world, and by strongly incentivizing the adoption of these policies through international organizations like the World Bank, International Monetary Fund, and other NGOs.

The spectacular and deadly assaults on symbols of America’s (and the West’s) economic and military might on Sept. 11 were easily the biggest gesture of defiance against all of these signs of liberal-democratic dominance. But they would not be the last. Other, smaller terrorist attacks in the West followed, as did the bloody insurgency in Iraq after America invaded and deposed the government of Saddam Hussein.

But the phenomenon would not remain tied merely to the radical Islamic reaction to modernity, even if that manifestation of the populist impulse would continue to be the most violent. In the months and years following the the financial crisis of 2008, which began in the United States but quickly spread almost everywhere, waves of popular protest emerged with the “Occupy” movement in the U.S., Great Britain, and Spain. It soon inspired more destabilizing forms of unrest in Iran, Tunisia, Egypt, Libya, Syria, Russia, Bulgaria, Turkey, Ukraine, Brazil, and Thailand. Now the popular impulse to reject the legitimacy of established authorities had spread beyond the liberal democratic world. The so-called Arab Spring was part of this, but it went far beyond the Greater Middle East to touch countries the world over.

As the author Ivan Krastev has pointed out in his writings about the worldwide trend toward political discontent, protesters across all of these countries have shared a suspicion of the market and the state, established political parties and institutions of the media. They are contemptuous of the status quo, but they have no firm vision of what they want to replace it with. That lack of a concrete political program beyond lashing out against the powers that be may be one reason why the populist rebellions of roughly a decade ago didn’t accomplish much, besides occasionally provoking an authoritarian backlash or an outright civil war. Yet these gestures of popular discontent — usually activated and organized digitally using the social media apps run on the ubiquitous smartphones now carried by nearly everyone — would soon be reproduced within the political systems of the West, to disrupt liberal democracy from the inside.

First came Donald Trump’s successful grievance-fueled campaign to win the presidential nomination of the Republican Party. Then there was the Brexit vote in the United Kingdom. This was followed by Trump’s narrow victory over Hillary Clinton in the 2016 general election, and the massive Women’s March that followed Trump’s inauguration.

Then came a series of electoral triumphs for right-wing populists in Central and Eastern Europe, Latin America, and Asia. More recently, vaccine-skeptics and lockdown opponents have inspired one another, provoking protests across the globe — and these have been matched and in some cases greatly surpassed in size by public outcries against racial injustice and police brutality. (These began in the United States with the death of George Floyd, but they quickly spread elsewhere.)And of course, an activist segment of the American right traveled to the nation’s capital on Jan. 6, 2021, to protest the results of the 2020 election — an event that ended up as a violent insurrection against Congress’ certification of election results.

Unlike the periodic spasms of protests in previous eras — think of the civil rights and anti-war movements of the 1960s — the proliferation of unrest in the post-9/11 era emerges and dissipates suddenly, usually in response to provocations spread online, and quite often with little or no concrete goal to galvanize it. It’s a lashing out, a swiping at established authorities of all kinds, that aims mainly to inflict a painful wound.

That should sound familiar.

The point isn’t that the vast range of people taking part in these wildly divergent examples of popular protest are the moral equivalent of Al Qaeda operatives hijacking passenger jets and flying them into skyscrapers. The point, rather, is that all of these expressions of political discontent and disruption are part of a new 21st-century normal that was inaugurated in spectacular fashion by the terrorist attacks of Sept. 11.

We now live in a world shaped by constantly churning popular anger and grievance arising from the periphery and directed at the perceived core of power. Those in genuine positions of authority can try to suppress the fury through acts of repression. But such efforts often just end up fueling the next round of outrage from outside and below. The outraged, meanwhile, aim above all at provocation. Their primary goal is to embarrass and shame the powers that be. Hence the popularity of “owning the libs” on the American right and of calling out supposed racists on the American left.

That isn’t exactly what Tony Judt envisioned when he spoke of a 21st century driven by the demotic urge to burst the bubbles of an entrenched establishment and humiliate powerful opponents. But it’s exactly what we have today — a form of politics motivated above all else by the compulsion to take the other guys down a peg.

And it all began 20 years ago this coming Saturday.

Why California’s slavery reparations task force has the power to transform us all
We Need Your Support — Donate, Share, Sign-Up Ways to Support