The future is African — and the United States is not prepared

You Are Here: Home » Commentaries/Opinions » The future is African — and the United States is not prepared 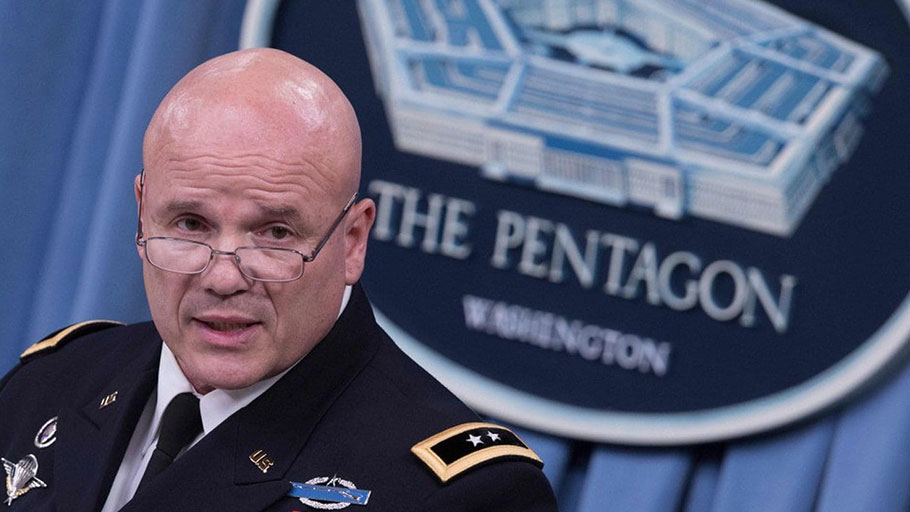 Maj. Gen. Roger L. Cloutier Jr., the chief of staff for U.S. Africa Command, at the Pentagon on May 10. (Jim Watson/AFP/Getty Images)

By Salih Booker and Ari Rickman, The Washington Post —

Salih Booker is the executive director of the Center for International Policy. Ari Rickman is a research fellow at the Center.

Beginning in 2035, the number of young people reaching working age in Africa will exceed that of the rest of the world combined, and will continue every year for the rest of the century. By 2050, one in every four humans will be African. At the end of the century, nearly 40 percent of the world’s population will be African. Yet, instead of preparing to build a relationship that can grow with the continent, based upon diplomatic cooperation, the United States is doubling down on more than a decade of reliance on its military as the primary vehicle of engaging with Africa. The consequences, as one might expect, are overwhelmingly negative.

The impending demographic dividend will only add to Africa’s economic importance. Since 2000, at least half of the countries in the world with the highest annual growth rate have been in Africa. By 2030, 43 percent of all Africans are projected to join the ranks of the global middle and upper classes. By that same year, household consumption in Africa is expected to reach $2.5 trillion, more than double the $1.1 trillion of 2015, and combined consumer and business spending will total $6.7 trillion.

Africa’s rapid change also presents challenges that will not be contained within the continent. Indeed, the persistently high absolute number of people in poverty, the underdevelopment of infrastructure, ongoing conflicts, and continuing problems with democratic governance are already combining to make Africa the world’s largest source of emigrants.

Many other countries have taken note of both the potential and the challenges in Africa’s anticipated transformation, and have mostly decided to increase their engagement. Plenty has been written about China’s growing presence, and the European Union has also been deepening its links to the continent. But there is also a growing list of other countries pursuing stronger ties — including India, Brazil, Turkey, Japan, and the Gulf states.

In contrast, the United States’ relationship with the continent has, since 9/11, been increasingly defined by the militarization of U.S. foreign policy. In 2003, the George W. Bush administration established the first permanent U.S. base on the continent in Djibouti. In 2007, the U.S. Africa Command was created.

The Barack Obama administration solidified this policy approach by increasing military spending and deploying more troops. President Trump is following the lead of his predecessors; over the past year, the number of U.S. forces in Africa has increased by nearly 1,500, bringing the total to around 7,500, not including Special Operations forces. The United States now has 34 status of forces agreements (or similar treaties) with African countries — 14 of which were signed or upgraded in the last decade. U.S. Special Operations forces are also often deployed in countries without such agreements. In 2017 alone, U.S. troops were deployed to 50 out of Africa’s 54 countries, many on clandestine missions.

This growing military presence is displacing diplomacy. Military advisers outnumber diplomats in embassies across the continent. Career diplomats who focus on Africa are often ignored in favor of military commanders. And at least one senior State Department official has estimated that there are seven military employees for every civilian diplomat working on U.S. policy toward Africa.

It should come as no surprise then that the aggressive U.S. military presence has done little to strengthen U.S.-Africa ties. Protests against bases and troop deployments have taken place in Ghana, Niger, Cameroon, Liberia and several other countries. U.S. Africa Command is actually headquartered in Germany, largely because no African country wants to host it. The unease with American militarism is likely only to grow — particularly as countries become less dependent on U.S. aid, and as certain U.S. military missions potentially provoke an increase in violent extremism.

It should be equally obvious that the military can’t be the foundation of U.S. relations with a rising Africa. The Pentagon may be able to provide weapons, training and vehicles to African militaries, but it can’t offer trade deals, infrastructure projects or advice on agriculture. The U.S. military may attempt, with varying levels of success, to professionalize African militaries, but it can’t work with civilian governments, political parties or social movements to promote democracy and human rights. Indeed, Washington’s obsessive counterterrorism focus in Africa has little positive to show for its efforts, and actually risks increasing human-rights violations by African governments adept at using force against their civilian opponents.

Simply put, the U.S. military is attempting to prepare African countries to fight an enemy they actually may not have (or at least not to the extent that Washington imagines), while the U.S. government is failing to help those same countries deal with the real killers — namely, poverty and corruption.