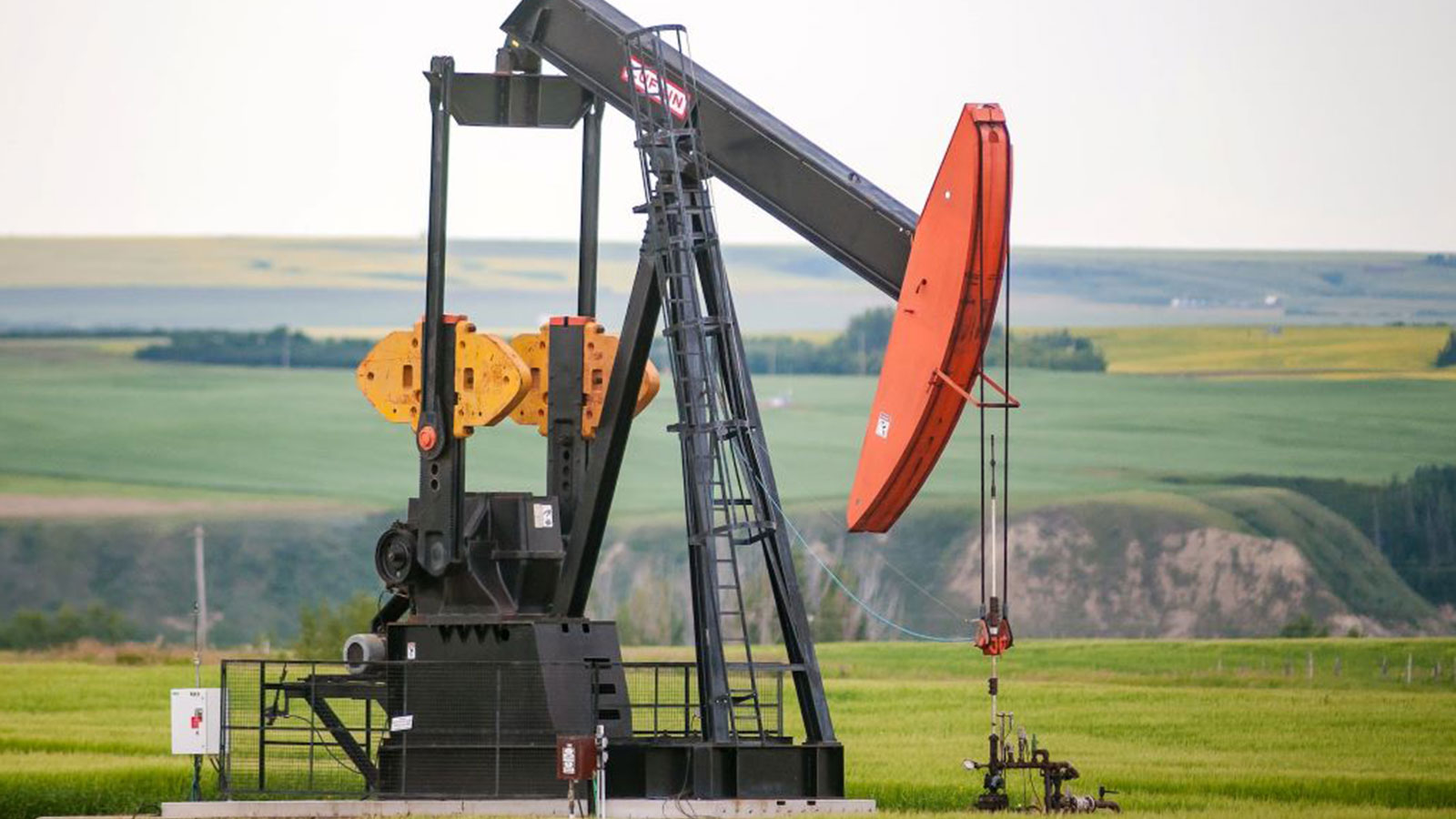 The Inflation Reduction Act should be cause for relief, not celebration

You Are Here: Home » Blog » Commentaries/Opinions » The Inflation Reduction Act should be cause for relief, not celebration

The Inflation Reduction Act that just passed the Senate is a deeply flawed bill, but one that gives us a fighting chance to avert climate catastrophe — if the public urgently mobilizes to undo its worst features.

Something of a meta debate has opened up in the wake of the Senate’s passage of the Inflation Reduction Act (IRA), the compromise climate legislation that came out of a handshake deal struck by Senate majority leader Senator Chuck Schumer (D-NY) and right-wing Democrat Senator Joe Manchin (D-WV). What stands to be history’s largest US investment in renewable energy has sharply divided climate advocates on its actual merits. Don’t Look Up director Adam McKay, for instance, was sharply criticized by a slew of left-leaning journalists for saying the bill might prove “empty theater” after it was passed.

I can see where these critics are coming from. The IRA’s leg-up to the renewable sector is critically important and gives the world a fighting a chance to avert climate catastrophe. It’s especially exciting after we spent months thinking we’d just blown through the last prospect of doing anything at all about the crisis for who knows how many years. One of its provisions, one of the few to survive from last year, is Medicare’s new legal ability to negotiate over drug prices, something Democrats have been promising to do for literally decades, and which could make a measurable, positive impact on people’s lives. So I wouldn’t go so far as McKay to call it empty theater.

And I get why some want to look at this with a glass-half-full perspective. Climate doomerism is unhelpful, and getting this bill across the line was a major victory for the Left, the fruit of years of direct action by groups like the Sunrise Movement. And there are, understandably, many who hope its passage — a genuine legislative achievement — might revive Joe Biden’s flagging presidency, and the Democratic Party’s electoral prospects more generally, in the face of a hard-right electoral wave on the near horizon.

But we also need to be honest about the IRA and what a modest, and in many ways deeply flawed, piece of legislation it is. It’s not just that it doesn’t seriously deal with transport, the single largest US source of emissions, or that it makes a variety of investments in dubious technological fixes. As environmental groups have variously said, it’s also a “climate suicide pact” and “a renewable energy revolution on top of a fossil fuel build-out.”

They’re referring to the fact that the price of the bill — the price of getting Manchin and a host of other Democrats bought and paid for by the fossil fuel industry on board — is a series of carbon bombs that will somehow have to be undone at a later date, the sooner the better. The bill revives the largest oil and gas lease sale in history that Biden had planned in the Gulf of Mexico before a judge blocked it on account of its climate impact and makes the expansion of solar and wind energy infrastructure on federal lands and waters contingent on also selling a total of hundreds of millions of acres of those same lands and waters for oil and gas leasing.

Last, as part of Schumer and Manchin’s gentlemen’s agreement, the Democrats will soon slash permitting regulations, letting fossil fuel infrastructure like pipelines and export facilities get built more quickly and easily, locking us into yet more carbon emissions. In other words, maybe the climate movement’s most high-profile campaign of the past decade has just been handed a decisive defeat inside of a piece of climate legislation, with the prospects for blocking new pipelines through legal means starkly weakened.

As the most astute IRA proponents have pointed out, the gamble here is that this burst of government investment will speed up market shifts that are already happening, but currently too slowly, giving a shot in the arm to the generally more affordable clean energy sector to expand and innovate, naturally displacing dirtier forms of energy. As the increasingly unprofitable fossil fuel sector becomes less and less of a viable investment, the market will effectively choose to keep these fossil fuels in the ground. The Rhodium Group, the research firm whose modeling is the basis for the claim that the IRA will cut emissions by 40 percent of 2005 levels by the end of this decade, implicitly relies on this hope.

“At the same time, it’s worth keeping in mind that only a fraction of public land acreage put up for sale actually gets purchased, and only a fraction of sold leases actually get developed,” it writes. “In addition, the minimum acreage requirements . . . are within historical trends for onshore and offshore lease offerings.”

With this bill, we basically have to hope that the current market trends continue and accelerate as expected. We also have to hope that any attempt by the fossil fuel lobby, which includes essentially the entire Republican Party and a not-insignificant part of the Democrats, to use government action to intervene in the market to reverse this trend can be beaten back — and make no mistake, that’s exactly what they’re working on.

It’s not a bad gamble, especially given the impoverished menu of options in front of us. But it is a gamble. And it clashes uncomfortably with the science, with the head of the International Energy Agency warning last year that “there can be no new investments in oil, gas and coal, from now” if the world has to have a hope of reaching net-zero emissions by 2050. (Naturally, Biden has proceeded to approve more drilling permits than Donald Trump did since that warning). So it’s no wonder that 369 environmental groups wrote to Biden last month, warning that “there can be no new fossil fuel leases, exports, or infrastructure if we have any hope of preventing ever-worsening climate crises.”

Think about Biden’s fossil fuel lease bonanza in the Gulf of Mexico alone. By the Department of Interior’s own estimates, that sell-off will lead to production that’s equivalent to the annual emissions of 130 coal power plants, and that doesn’t even count the emissions from open wells potentially left belching methane into the atmosphere afterward. It was savaged at the time by environmental groups in the strongest possible terms: “lighting the fuse on a massive carbon bomb”; “invites climate catastrophe”; “a slap in the face to us — the young people who will have to live with the repercussions of the climate crisis.” And that’s just one of the fossil fuel giveaways that’s part of this bill.

We need to be clear-eyed about this for good reason. The urge to smooth over the IRA’s serious flaws was understandable when its prospects of passing sat on a knife edge. But after passing the Senate, it’s now overcome its biggest hurdle. People need to understand the realities of the bill — that it’s a legislative ransom note written by a fossil fuel industry that backed and now celebrates it, one we had no choice but to go along with given the political realities — and that its passage isn’t only the end of one battle but the start of a new front in the war to stave off calamity.

Simply put, the explosion of fossil fuel production Manchin extracted from Democratic leadership can’t actually be allowed to go ahead, or at the very least it must be thwarted in the coming years. The most effective way to do that is through an executive order declaring a climate emergency, which would let Biden suspend offshore oil and gas leases, halt fossil fuel investments and trade, divert yet more federal money into clean energy, and unilaterally stop US oil exports (which have only been legal since 2015 after a forty-year-long ban was reversed). Even then, the poison pill tying new clean energy projects to more oil and gas leases ties the president’s hands and could prove a drag on new renewable investments even if they don’t lead to an explosion of emissions.

Unfortunately, the more this bill gets talked up as a triumph on climate, the more the momentum for Biden and Congress to take necessary action recedes, as does the urgency of climate policy more generally. There’s a real concern that in playing up its modest achievements to a public that understandably isn’t as up to date on the nuts and bolts of this stuff — the bill doesn’t actually cut emissions by 40 percent as it’s been misleadingly sold as doing, for instance, because the current baseline scenario without the bill is already modeled to make two-thirds of those reductions — we’re lulling people into a false sense that the climate crisis is solved.

We should be just as clear-eyed about the bill’s shortcomings on every other front, too. Arguably its most important nonclimate provision, Medicare’s ability to negotiate drug prices, only starts in 2026 and is limited to a mere ten drugs, climbing to twenty by 2029. Meanwhile, the irrelevant Senate parliamentarian struck out the bill’s limits on drug prices for private insurance, something Democrats could simply overrule, as has been done many times, but that they once more chose not to. Failing to do so created an opening for Republicans to strip a $35 insulin price cap for those on private insurance from the bill, meaning the nation’s diabetics who aren’t on Medicare or Medicaid will continue to fork over exorbitant amounts of money to keep themselves alive (or not).

I don’t want to be a party pooper. There is important, if exceedingly (and self-defeatingly) incremental progress in the IRA, and after Biden’s foolish decision to doom the centerpiece of his presidency to make a point about bipartisanship, the bill’s renewable energy jump start is our best hope for staving off planetary catastrophe. But the bill isn’t going to do a hell of a lot in the near term about the price gouging Americans are suffering from, and it’s only a solution to the climate crisis so long as activists and the public now push for bold action to undo its most damaging provisions. The more we pretend the bill is something it’s not, the less likely that is to happen.