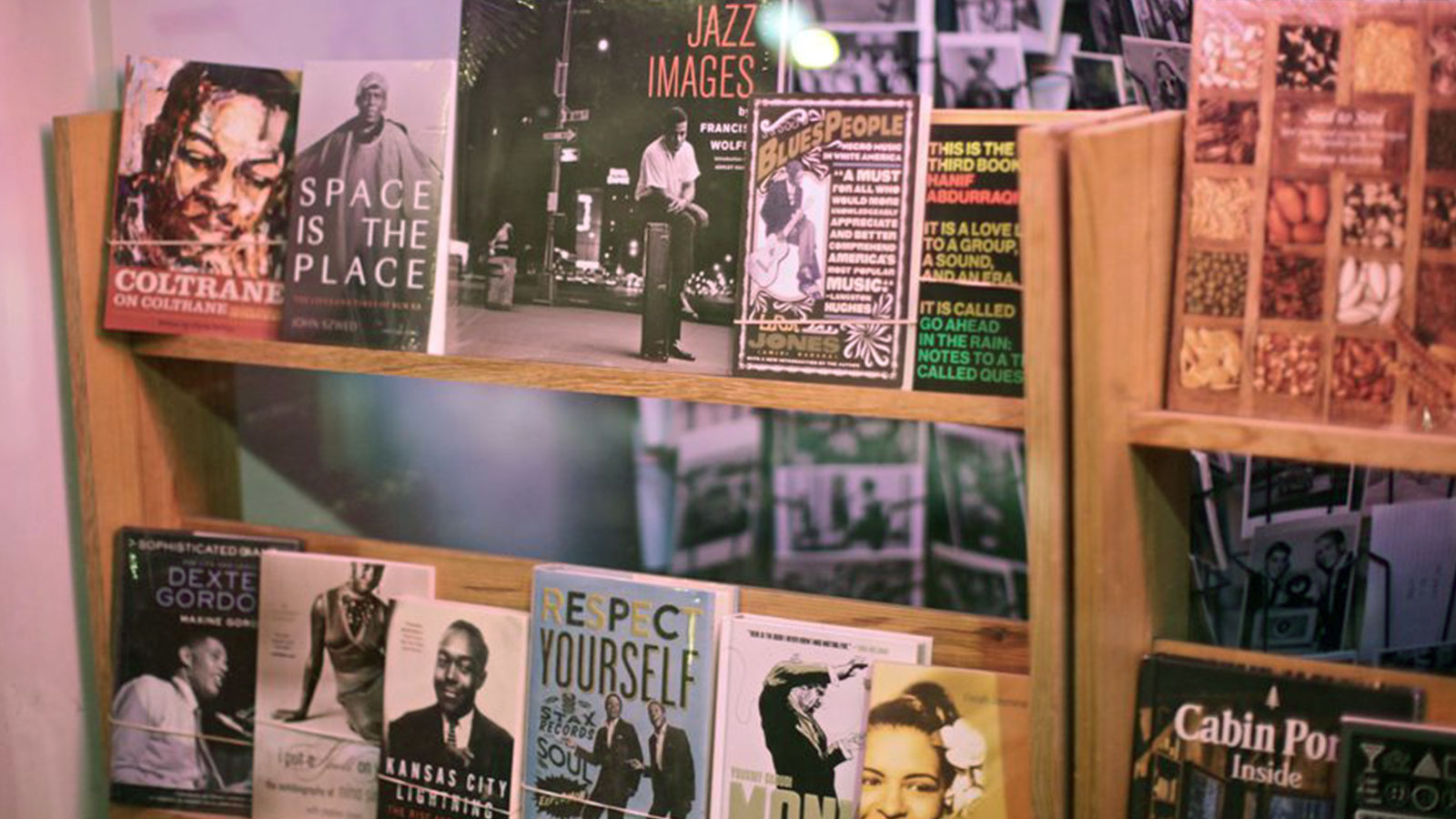 “Just what is critical race theory and what’s it doing in a nice field like education?” is a question on the minds of many Americans this year as they observed the spectacle of its excoriation in local school boards and exploitation in a heated gubernatorial campaign in 2021. Some might be surprised to learn that education researcher Gloria Ladson-Billings asked the question years ago and has answered it in academic articles and lectures throughout the course of her twenty-six-year career as a researcher and teacher-educator at the University of Wisconsin-Madison. Judging by the slate of pundits chosen to talk about critical race theory (CRT) in the media, none seems interested in asking experts like Ladson-Billings, who not incidentally is considered one of the pioneers of CRT in education.

Ladson-Billings’ new book, Critical Race Theory in Education: A Scholar’s Journey, answers the question and addresses much more concerning race and inequality in schools. Organized in three parts—critical race theory, issues of inequities, and methodology and knowledge base—the eight previously published essays gathered in this volume show, in several instances, Ladson-Billings’ influence in transforming how education scholars understand the impact of race on disparities in education. The essays broadly frame an intellectual journey launched in the mid-1990s with two auspicious publications: Dreamkeepers (1994), a path-making book that established culturally relevant pedagogy in education studies, and “Toward a Critical Race Theory in Education”(1995), the groundbreaking essay (co-written with William F. Tate Jr.) that established critical race theory in the education field.1 The introduction offers new writing that addresses recent efforts to suppress discussions of race and inequality in school classrooms and summarizes essays in the collection. A postscript looks to the future of CRT, which has grown into a vibrant subfield in education, and calls for serious interrogation of race in teacher education programs.2 “I have wanted to know why race is such a predictable indicator of school achievement,” Ladson-Billings writes. In total, the essays portray a scholar deeply engaged in finding answers to how race functions in education research and understanding how to improve the academic experience of African Americans students, and all students, through honest interrogation of the nation’s deepest dilemmas.

Several essays point to Ladson-Billings’ critique of how the education field sabotages the academic environment for Black students and other marginalized youth. “From the Achievement Gap to the Education Debt: Understanding Inequality in U.S. Schools” argues that the term “achievement gap” stereotyped Black students as academically inferior and was ineffective in solving the problem of low scores. Ladson-Billings reconceptualized the underlying concept, coining the term “education debt,” directing education discourse to acknowledge the “historical, economic, political, and moral debt that the nation has accumulated in its failed attempt at educating Black, Latinx, Indigenous, and some Asian-descent students.” Similarly, when faced with research literature overwhelmingly “fixated on failure” of Black students,” Ladson-Billings asked, ‘“What is right with African American students and what happens in those classrooms where teachers are successful with them?’” Answering what appears to be novel questions in the field led to her widely acclaimed concept of culturally relevant pedagogy, a theoretical model of innovative teacher practices and student learning expectations and cultural orientations, discussed in the essay, “Through a Glass Darkly: The Persistence of Race in Education Research and Scholarship.” The failed goals of the Brown v. Board of Education decision is the topic of “Landing on the Wrong Note: The Price We Paid for Brown,” written to “dispel the notion that Brown was designed to aid school desegregation.” Ladson-Billings suggests rethinking Brown as a solution to segregation, and instead to “use it as a hypothesis” for providing both children of color and middle-class White children with “real education” otherwise unattainable “in isolation from diverse and critical perspectives.”

Other essays look at racial inequality in society. “Racialized Discourses and Ethnic Epistemologies” explores the power that dominant European and Euro-American cultures historically imposed to control the definition of knowledge, what is knowable, and what knowledge is worth knowing. CRT scholars use counternarratives as an instrument to “speak directly to power,” or through the voice of an alter ego—as did Derrick Bell, considered the “godfather” of critical race theory. Likewise, the essay, “Critical Race Theory and the Postracial Imaginary,” co-written with Jamel K. Donnor, discusses the mistaken belief by Right and Left partisans that the election of Barack Obama in 2008 ushered in a colorblind society. It indicts the complicated use of race by social science disciplines that acknowledge its social construction but still employ it “as if it were a fact of nature.” The essay concludes with a provocative counternarrative depicting former President Obama and former Attorney General Eric Holder that illustrates CRT’s capacity as a qualitative tool to illustrate resistance to racial parity through literary creativity. The authors underscore CRT’s activist capacity to “assert that race still matters.” “New Directions in Multicultural Education: Complexities, Boundaries, and Critical Race Theory” explains how the expanding pluralism of ethnic, gender, religious, and other identities renders multicultural curricula a reform initiative incapable of being everything to everyone, thus “allowing the status quo to prevail.” The essay demonstrates how CRT function as “a radical critique of both the status quo and the purported reforms,” in education, such as multiculturalism.

While Critical Race Theory in Education addresses a range of issues concerning inequalities, its title explicitly nods to the clarity that several of the essays bring to bear on the current maelstrom of attacks against CRT. The introduction cites former President Trump’s executive order banning references to critical race theory in federal programs and his promotion of a “patriotic education” that would whitewash American history. His refusal to condemn White supremacy in a 2020 presidential debate displayed a “denial of racism,” Ladson-Billings writes. Ironically, organized moves among red states to censor American history in public schools correspond to a key tenet of CRT that presupposes structural racism as a permanent element in U.S. society.

The landmark essay, “Toward a Critical Race Theory of Education” (1995), relates an interesting narrative of Ladson-Billings’ introduction to critical race theory at the University of Wisconsin-Madison—an “incubator” for CRT development from 1989 through the mid-1990s–with law school theorists Patricia J. Williams, Linda Greene, and visiting scholars Richard Delgado, and Kimberlé Crenshaw, among others. The essay demonstrates how CRT interprets race as a factor in education research. Ladson-Billings and co-author William F. Tate IV, who were junior faculty at UW-Madison at the time of its publication, realized that by gravitating toward a theory that prioritizes race as an analytical tool, they were “taking a radical departure” from conventional education research that traditionally focused on the triad of race, class, and gender to analyze disparities in education. The subsequently published essay, “Critical Race Theory—What It Is Not!” (2013), illustrates Ladson-Billings’ receptivity to expanding areas of critique by CRT scholars. She incorporates a discussion of “intersectionality,” a concept that examines the multiple identities present in lives such as race, gender, class, and sexual orientation, and “essentialism,” an opposite concept that holds that all persons perceived to be in the same group “think, act, and believe the same things in the same ways.” Acknowledging her self-appointed status as “guardian” of the integrity of CRT, she urges young scholars to stringently preserve the tenets of CRT as an intellectual movement whose foundation is based in legal studies.

The “Postscript” discusses Ladson-Billings’ concept of how race is “fully funded” or infused throughout society in symbols and language coded with race designations and racial implications. Describing a professional figure as “articulate,” for example, often signals the person’s race to be African American. Race is “fully funded” explicitly and implicitly in society, including in the consciousness of in-service and prospective teachers. Teacher education programs “must work to defund race” because it is the right thing to do, no matter how daunting.

The contemptible assault on history, race, and education today causes one to want new essays in this volume that might directly confront the raging war on culture. Yet, as the fury demonstrates, the promising hypotheses and methods in these essays are yet to be plumbed to their fullest potential. Readers will find some passages revisited in several of these essays. The recurrence is helpful for a glimpse into how Ladson-Billings’ thinking developed over time. Because the essays are in conversation with each other, adding the publication date to the essays’ first pages, or in the table of contents, would clarify the chronology of each essay’s publication.

Critical Race Theory in Education showcases scholarship from Gloria Ladson-Billings that has invigorated the field of education, traditionally mired in pejorative research about African American students. Her bent for incorporating personal narrative into her research literature distinctly enriches the texture of her work, importantly, as an African American student, educator, and scholar. The book exemplifies a scholar’s journey from her grade school days to the prestigious level of academia level she attained: she retired from UW-Madison as Professor Emerita and former Kellner Family Distinguished Chair in Urban Education Professor of Curriculum and Instruction; she recently served as president of the American Education Association and previously as president of the American Educational Research Association. She also published another essay collection this year, Culturally Relevant Pedagogy: Asking a Different Question, and she is preparing a third edition of her now canonical first book, Dreamkeepers. Critical Race Theory in Education is an indispensable resource for teachers, educators, students, policymakers, and parents, as well as a valuable addition to the education literature concerned with resolving inequalities in schools.

Lisa A. Monroe is on the staff of the Gilder Lehrman Center for the Study of Slavery, Resistance, and Abolition (GLC) at the MacMillan Center at Yale University, where she manages the GLC participation in a collaborative program with the Council on Independent Colleges: “Legacies of American Slavery: Reckoning With the Past.” Her research interests include examinations of the influence of curricula on ideas of citizenship, national identity and the development of the American narrative. She is a doctoral student in the History of Education Program at Teachers College, Columbia University. Follow her on Twitter @nowrisebooks.