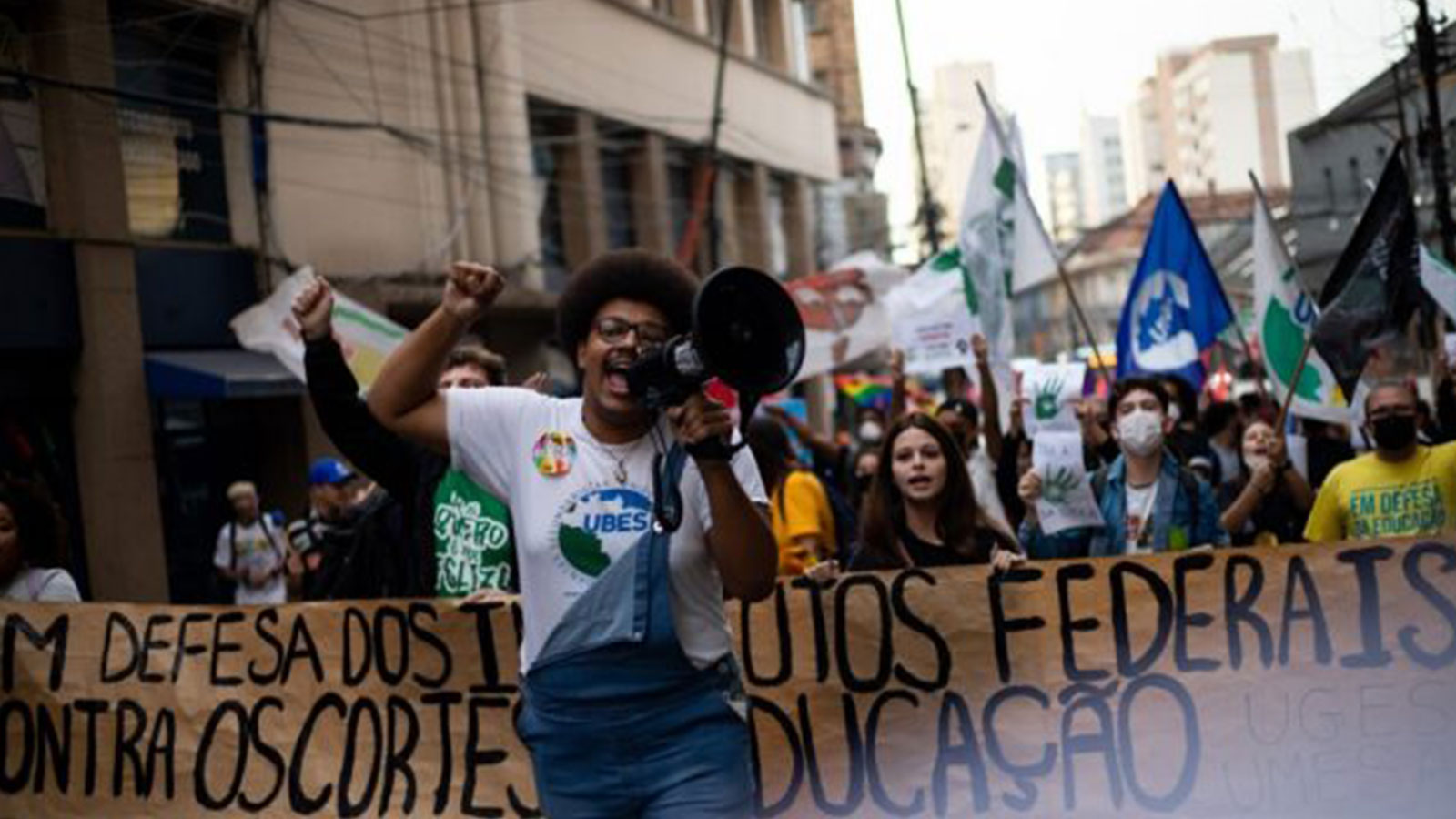 The battle against racism and inequality will be a long one in Brazil, because a prejudice against the intellectual capacity of blacks is a problem rooted in the national culture, and even in the minds of Afro-Brazilians themselves, as well as highlighted in the country’s official history.

The basic idea spread is that Brazil is the creation of its Portuguese colonizers, especially with regard to everything that requires brains, lamented Luciana da Cruz Brito, professor of history at the Federal University of Recôncavo da Bahia (UFRB).

Few recognize Machado de Assis, considered the greatest Brazilian writer, and Mario de Andrade, another great writer and leader of the modernist movement of a century ago, as black.

“Most believe that the Rebouças were white, whose last name is on a Rio de Janeiro tunnel and avenues in São Paulo and Porto Alegre, which pay homage to them,” Brito told IPS by telephone from Cachoeira, a city of 33,000 inhabitants in the state of Bahia, where the UFRB’s Center for Arts, Humanities and Literature is located.

The brothers André and Antonio Rebouças were the first black engineers in Brazil, responsible for the construction of several ports, railroads and highways. The former was also prominent in the Paraguayan War or the War of the Triple Alliance (1864-1870, which united Argentina, Brazil and Uruguay against Paraguay) and in the movement for the abolition of slavery.

Brazil was the last Western country to put an end to slavery, by a law signed by Princess Isabel de Bourbon e Bragança, daughter of Emperor Pedro II, on May 13, 1888. The Brazilian monarchy would fall 18 months later, to a military coup that proclaimed the country a republic.

Highlighting the step taken by the princess as a decisive and even unique measure is part of the whitening of the history of Latin America’s largest and most populous country.

This official history seeks to conceal or downplay the role of abolitionists and of the black movement, which celebrates Black Consciousness Day every Nov. 20, the date of the assassination of the hero of the black struggles, Zumbi, in 1695.

White historiography, in which indigenous and black people are not counted as full subjects, is a great barrier to the struggle against racism, and to reducing Brazil’s notorious inequality, Brito said, recalling the conclusions of another black woman historian, Beatriz Nascimento, who was shot dead in Rio de Janeiro in 1995, at the age of 52.

From abolition to the first decades of the 20th century, the Brazilian elite deployed a campaign of “white supremacy, which considered blacks an obstacle to the vision of European nationhood and the mixing of races a sabotage to Europeanization,” she said.

The whitening policy included the promotion of European immigration to replace slave labor in the coffee harvest and other agricultural and industrial activities.

Black participation in the most productive agricultural sectors, in industrialization and the emergence of a national bourgeoisie, with the rise of artisans to entrepreneurs, was ignored, and this strengthened their exclusion, wrote Joel Rufino dos Santos, a historian and writer who died in 2015, in his book “El Saber del negro” (The Knowledge of Blacks).

But the whitewashing of history, with the systematic erasure of black knowledge and talent in the construction of the nation, is “a perverse and effective policy” in neutralizing anti-racism efforts and will therefore prolong the problem, said Brito.

“It destroys self-esteem and instills in the minds of black students the message that they are not capable of learning, of being creative. It’s a barrier to learning, children go to school out of obligation, not to learn,” she said. 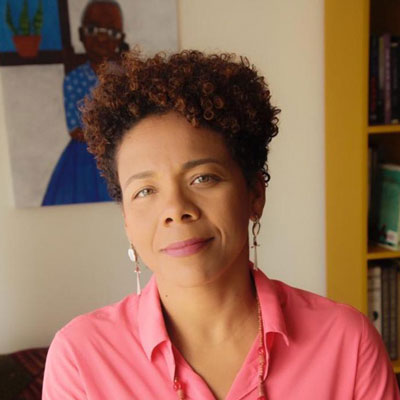 Brazil’s history ignores blacks even though they make up 56 percent of the population. Among other forms of discrimination, it limits their participation to brute, dehumanized labor, destroys self-esteem and hinders the progress of people of African descent by spreading the belief that blacks are intellectually less capable. CREDIT: Courtesy of Luciana Brito

It is “epistemicide,” said Natalia Alves, a history teacher who volunteers at Educafro (Education and Citizenship of Afrodescendants and the Destitute), a non-governmental network of educational centers that facilitate the inclusion of the poor, especially blacks, in universities, through scholarships and preparatory courses.

Blacks are treated as “abject objects” and the fact that the first universities were founded in Africa is ignored, as is the fact that the arrival of enslaved Africans contributed to Brazil’s agricultural development and to the gold mining boom that enriched the current state of Minas Gerais, she told IPS by e-mail from Rio de Janeiro.

The gold boom in southern Minas Gerais, which began at the end of the 17th century and peaked in the following century, owes a great deal to people from Africa. This golden period saw the birth of historic cities such as Ouro Preto, initially Vila Rica and today a tourist center whose ancient churches give a central place to sculptures of Antonio Francisco Lisboa alias Aleijadinho, a black man.

The Portuguese colonizers did not know much about mining and metallurgy, so they brought slaves with knowledge of these activities from the Gold Coast, an extensive area along the coasts of present-day Benin, Ghana, Nigeria and Togo, Laurentino Gomes wrote in the second volume of his trilogy “Slavery”.

Gomes is a journalist who became a highly successful writer of books on Brazilian history.

There are many examples of the intellectual, technical or artistic protagonism of Afro-descendants who are largely invisible or neglected. This is the case of important black women writers, such as Carolina Maria de Jesus, who recounted her life in a favela or shantytown in the 1960s, and Conceição Evaristo, both now belatedly recognized, according to Alves. 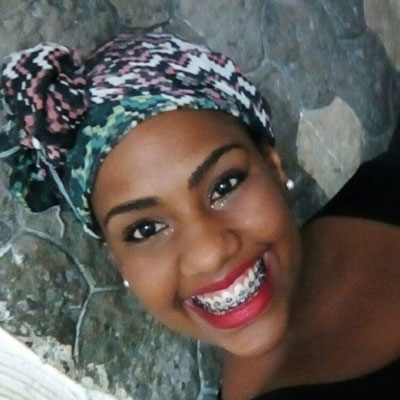 Brazil’s official history erases the intellectual contributions of people of African descent to the construction of the country, condemning them to precarious jobs and marginalization in Brazilian society, according to Natalia Alves, a volunteer history teacher at Educafro, a non-governmental network of centers that facilitate access to university for black and poor people. CREDIT: Courtesy of Natalia Alves

In addition, the teaching of the history of African and indigenous cultures in primary and secondary schools, as required by a 2008 law, is not implemented as it should be, and the media “reinforce stigmas” by reporting on police massacres in the favelas, which occur frequently in Rio de Janeiro, she said. Poverty ends up becoming the culprit.

The advances achieved by Afro-descendants and the poor include university entrance quotas started by the State University of Rio de Janeiro in 2000 and made mandatory nationwide by a 2012 law.

This type of affirmative action, aimed at reducing inequalities, is effective, according to data and studies.

In the United States, where affirmative action measures began to be adopted in the 1970s, blacks have reached the presidency – Barack Obama (2009-2017) – and the position of secretary of state – Colin Powell (2001-2005) and Condoleezza Rice (2005-2009) – in addition to achieving prominence in film, music and sports.

“The civil rights movement exposed U.S. racism to the world in the 1950s and 1960s, then quotas produced that number of prominent blacks, even though they are a minority,” just 13 percent of the U.S. population, stressed Brito, who specialized in the study of slavery in Brazil and the United States.

In Brazil, Afro-descendants (including blacks and people of mixed-race) make up 56 percent of the country’s population of 214 million, according to the official census. But they are still a minority (38 percent) in the universities and have the worst indicators in poverty, unemployment and murders, totally disproportionate to their share of the population.

However, the country adopted university quotas for blacks and the poor four decades after the United States. The results should emerge in a few more decades, the professor hopes.

But “what does a black body raised to the power structure actually change, if it does not change the structure of racism, which continues to provoke violence and where recent murders of young black men sparked the massive ‘Black Lives Matter (#Blacklivesmatter)’ protests?” asked Alves.

The 50 percent quotas in public universities for high school students from public schools, where the majority are black, do not take into account the reality of areas such as the Recôncavo region of Bahia, where 80 percent of the population is black, said Professor Brito.

In addition, the budget cuts imposed on them by the current far-right government of Jair Bolsonaro have reduced scholarships and resources, mainly to the detriment of poor students, she stressed.

Featured image: Students protest in Porto Alegre, a city in southern Brazil, against budget cuts in education. Black students, generally the poorest, suffer the most from the deterioration of schools, the reduction of scholarships, the shrinking of school meal programs and the loss of opportunities to study. CREDIT: CPERS- Fotos Públicas