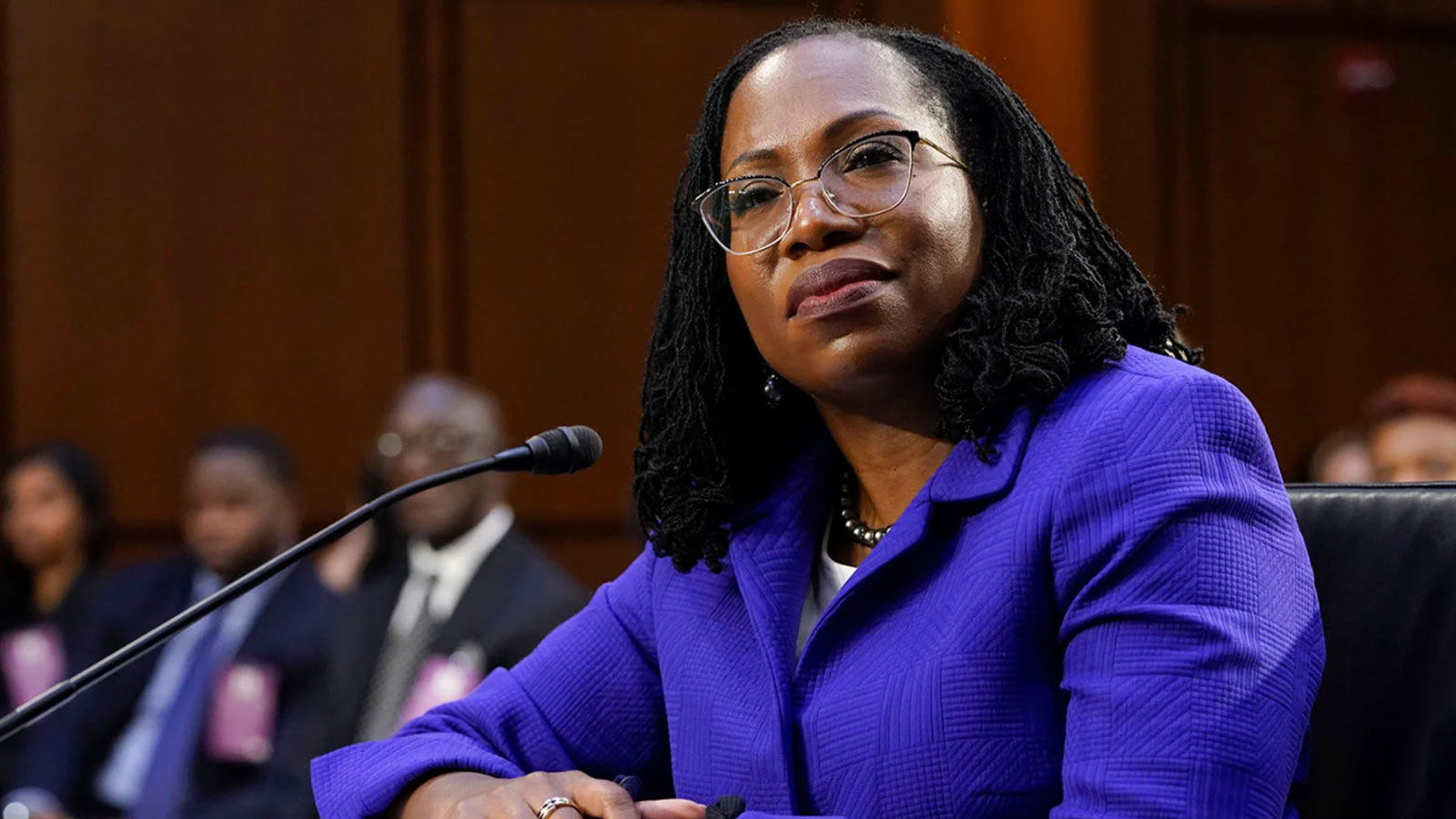 The Jackson assault proves again the GOP plays for keeps

You Are Here: Home » Blog » Commentaries/Opinions » The Jackson assault proves again the GOP plays for keeps

Ketanji Brown Jackson by every legal and judicial standard is almost a judicial central casting SCOTUS pick. Her credentials are impeccable. She has garnered loads of awards for legal acumen. She was confirmed by the Senate, which included several GOP senators, three times. She has a near storybook, compelling personal life experience resume.

Most of all, the GOP already has a conservative to ultra-conservative near lock on the SCOTUS. Jackson on the SCOTUS will do absolutely nothing to change that. She will still be part of a very distinct moderate to the liberal minority on the bench. Confirming Jackson then should at worst have been just a day or two of token theatrics by a couple of GOP senators strictly for show. Then move quickly to confirm her with ideally two or three GOP senators voting for confirmation to at least give the vote a smidgen of bipartisanship. That didn’t happen for a very horrible reason, in fact, two horrible reasons,

One is the brutal in-your-face political jockeying that confirming a fresh SCOTUS judge has sunk to. Since the 1960s the Supreme Court has been the political jewel in the crown for staunch conservatives. The court became the right’s main prize during the tenure of Chief Justice Earl Warren. The right-wing routinely railed at the Warren court for its liberal rulings upholding and expanding civil and voting rights, labor, environmental, and civil liberties protections, abortion, and reining in the corporate abuses. Conservatives viewed the high court as an unapologetic advocate of activist liberalism and loathed it for it.

The far-right repeatedly screamed for Warren’s head with signs that popped up along the highways throughout the South and the Heartland, “Impeach Earl Warren.”

The right plainly wanted more judges on the bench who would rigidly toe the ultra-conservative line. The court became even more important as a political tool for the conservative remake of the country when it became clear that just having more conservatives in the Senate and the House was not enough to roll back the gains in civil, women’s, and labor rights of the past half-century. Democrats even as the minority in Congress could obstruct or outright kill legislation through the filibuster. And with the nation’s population and voter demographics rapidly changing with more minorities, women, same-sex, and youth, who were mostly Democrats, and implacably hostile to conservative positions, this could put more spine in Democrats to stand firm against the machinations of conservatives in Congress.

The right correctly saw the Supreme Court not just as a neutral arbiter to settle legal disputes. It was a lethal weapon to skirt congressional gridlock and serve a dual role as a judicial and legislative body. This meant scrapping the long-standing tradition on the court where justices based their legal decisions solely on the merit of the law, constitutional principles, and the public good, and not ideology. Trump and his hard-right conservative backers are fully aware that the court’s power to be de facto legislators could last for decades. After all presidents and congresspersons come and go, but justices can sit there until death if they choose. Clarence Thomas is a textbook example of that. He has sat on the bench for three decades.

The SCOTUS confirmation wars escalated with the death of Antonin Scalia in February 2016. His replacement was then-President Obama’s call. The consensus was that a moderate conservative would have the best chance of getting confirmed with a minimum of rancor.

Obama nominated Merrick Garland to the High Court in March 2016. He was the consummate moderate and seemed least objectionable to then-Senate Majority Leader Mitch McConnell and the GOP to replace Scalia. Wrong! McConnell said no. His no meant no confirmation hearings, no confirmation votes, and ultimately no Garland confirmation. His play for time worked magnificently. He got the GOP President in November 2016 that he wanted. With the Scalia seat still vacant, Trump’s nominee was a jurist who would adhere closely in rulings and opinions to the pro-corporate, anti-labor, anti-environment control, and regulatory rules that were the hallmark of the GOP and that hurt millions of workers and the poor.

Jackson took the carefully calibrated heat during the confirmation hearings from Texas Senator Ted Cruz and other GOP senators for another insidious reason. The GOP will play hardball at every turn to assert its political dominance over the government. If it took tossing out red herring irrelevancies such as critical race theory, soft on crime and pornography, transgender advocacy to muck up a SCOTUS confirmation hearing and taint Jackson it was fully prepared to do that.

With the 2022 midterms around the corner, Jackson was the pawn for the GOP to further sharpen its take-no-prisoners political hit game plan on the Democrats. Jackson will be confirmed. But she will be confirmed almost certainly without a single GOP senator backing her. The Jackson assault is just the latest example that the GOP plays for keeps.