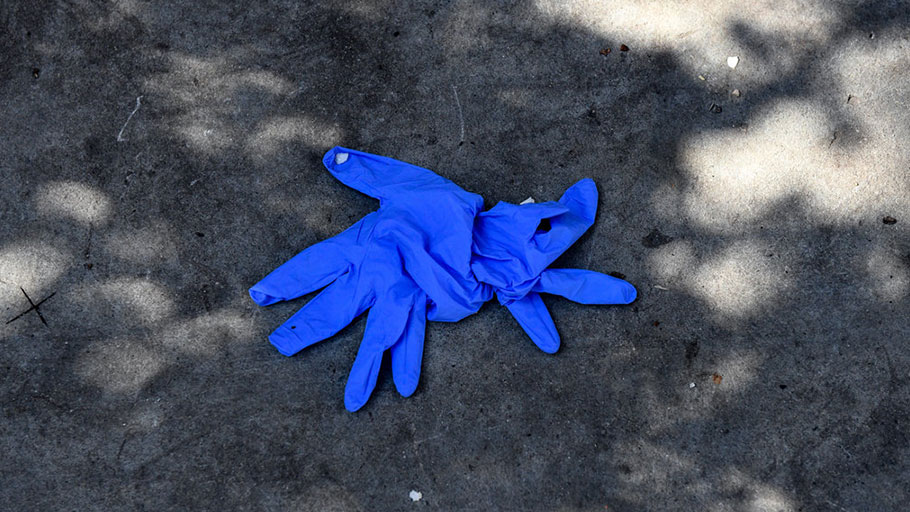 The Racial Time Bomb in the Covid-19 (Coronavirus) Crisis

You Are Here: Home » Blog » Commentaries/Opinions » The Racial Time Bomb in the Covid-19 (Coronavirus) Crisis

Early Monday morning the email arrived. The subject line began, “ALARM AT THE GATE,” written in all caps. Someone had died. That is always what that phrasing means.

The message came via a group email list maintained by the fraternity I joined in college some 30 years ago.

A younger member, a rising chef in his 30s, had died. As the email read, he passed away “due to immune system complications resulting from contracting the Covid-19 virus as a Type-1 diabetic.” He was in Detroit, which has emerged as a hot spot for the virus.

This was the third death I’d heard about of someone with a connection to my college or a friend who went there. All relatively young, all black men, all diabetics. The two others were in New Orleans, another emerging hot spot.

I recalled an arresting article I’d read from “Undark,” a Knight Foundation-funded, science-oriented digital magazine in Cambridge, Mass. (I’m on the advisory board of the magazine.) As the article pointed out, the virus may prove most devastating in the South because of “poorer health, curbed health care access and skepticism of government.”

We may be waiting for a racial time bomb to explode with this disease.

In the early days of the virus, the relatively few cases on the African continent, I believe, gave black people in America a false sense of security, that black people may be somehow less susceptible to it.

But that is not true, and African-Americans should not look to Africa as the model. Even as researchers worry about Africans’ vulnerabilities — some being the same issues that exist in the American South — African countries also have advantages that America and, in particular, African-Americans don’t.

As Berkeley economist Edward Miguel explained, “The median age in a lot of countries is 20 or 18, much younger than in Europe, and it appears that young people who are infected are often asymptomatic or just get a cold.” The median age in the United States is 38. Furthermore, some African nations have a medical infrastructure experienced in dealing with pandemics, and in many cases people still live in rural areas.

But what is most worrisome is the racial disparity in prior health conditions that exist in the United States. As Bloomberg reported about a study of the deaths in Italy: “Almost half of the victims suffered from at least three prior illnesses, and about a fourth had either one or two previous conditions. More than 75 percent had high blood pressure, about 35 percent had diabetes and a third suffered from heart disease.”

According to the Centers for Disease Control and Prevention, high blood pressure is most common in non-Hispanic black adults (54 percent), and black people have the highest death rate from heart disease.

As for diabetes, the 2015 National Medical Association Scientific Assembly, held in Detroit, where my friend died, delivered these stark statistics:

In addition, many Southern states refused to expand Medicaid under the Affordable Care Act, and there is a rural hospital crisis in this country. But that crisis is compounded in the South, where, as the magazine Facing South points out, the rural areas “have higher poverty rates, higher mortality rates, and lower life expectancies than other rural regions of the country.”

This all worries me, because I take a lesson from the H.I.V./AIDS crisis. In the beginning, it was largely seen as a New York and San Francisco problem affecting white men who were gay. Over the decades, treatments became available, and those cities saw their new infection rates plummet.

Black people were already suffering through an epidemic, one with treatments that could have arrested it, and yet it rarely made the news.

We know that if a person is under treatment and the H.I.V. is well controlled, meaning undetectable, there is “effectively no risk” of transmitting the virus. We also know that drugs can be taken to prevent contracting the disease.

But here, the connection must be made with that refusal to expand Medicaid. As the Kaiser Family Foundation has pointed out: “Medicaid beneficiaries with H.I.V. are more likely to be male (56 percent vs. 42 percent), black (50 percent vs. 22 percent) and between the ages of 45-64 (54 percent vs. 13 percent) than the Medicaid population over all.”

On some level, H.I.V. is ravaging the South because Southern states have made a policy decision not to care in a sufficient way because the people suffering are poor and black.

And many of these people are also vulnerable to this new virus, as Dr. Deborah Birx, the White House’s coronavirus response coordinator, said at a news conference a couple of weeks ago. “We are all very worried about” long-term survivors of H.I.V., many of whom “still carry a level of immune-compromise,” she noted.

I don’t want that to be the future of Covid-19 and black America.

The problem we have now is that we don’t see the racial demographic data for this virus.

I echo the concerns of Senator Elizabeth Warren, Representative Ayanna Pressley and others who wrote Friday to the U.S. Department of Health and Human Services:

“The C.D.C. is currently failing to collect and publicly report on the racial and ethnic demographic information of patients tested for and affected by Covid-19. Our concerns echo those from some physicians: that decisions to test individuals for the novel coronavirus may be ‘more vulnerable to the implicit biases that every patient and medical professional carry around with them,’ potentially causing ‘black communities and other underserved groups … [to] disproportionately mis[s] out on getting tested for Covid-19.’”

The letter went on: “Although Covid-19 does not discriminate along racial or ethnic lines, existing racial disparities and inequities in health outcomes and health care access may mean that the nation’s response to preventing and mitigating its harms will not be felt equally in every community.”

I have been communicating with my niece, Cortney, a nurse on the front lines of the crisis in Louisiana. (She’s actually my niece’s half sister, but my brothers and I have always called her our niece as well.)

She has seen racial disparities in treatments but also black people being hit particularly hard by the disease, something that she says others in the state are also seeing. As she messaged me: “I can’t speak for the U.S. as a whole, but in the South, particularly Louisiana, we are seeing more black cases that aren’t responding well to the virus.”

We need data to know if her observations are anomalous or endemic.

People like to say “we’re all in this together,” but black people have every right to respond, “but will we all emerge from it together?”

Featured image by Desiree Rios for The New York Times.