The Task of the Prophet in the Age of Angst

You Are Here: Home » Blog » Commentaries/Opinions » The Task of the Prophet in the Age of Angst 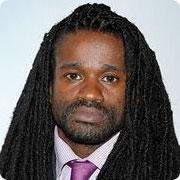 The task of the prophet in the time of angst is to caution against revenge. It´s calling friend and foe alike to the numinous-or, simply saying there is another way. Our contemporary age has been shaped by anxiety-inducing events-ecological calamity, fiscal insecurity, and arbitrary terror. Ecological disaster strikes indiscriminately; the international fiscal crisis has engendered collective experience of economic demise; wars of revenge elevate the presence death and despair in the day to day living of all who occupy the planet.

Geography, class, and pigmentation are no longer impenetrable shields. Even the citizens of most powerful nation in human history live with a sense of vulnerability. These events, with all of their political effects and affects, mean that what it means to be human is in flux- the primary feature of the spirit of the age of angst-zeitgeist der angst

Unfortunately, the stories written on our hearts in this age of angst are composed of terrible words-terror, war, victims, enemies. A violent punctuation there is not a period or an exclamation point, but rather a comma in a Sisyphean tale of victor and victim. Strong men roll retribution up hilly battlefields only to tumble down one upon another. Leaving the broken bodies of the weak in their wake, their gods seem hell bent on blessing bombs.

Reading from the same unrepentant script, a flag and a faith are hurried into the stage. Opposing gods demand that all choose tales, to be piled into a magnums opus written in the blood of innocents. It has two pages-on one page is the celebration of their enemy´s demise, and the mourning of their heroes is on the other. To oppose their death-laden ground of being is sacrilege; the sacredness of their cause mutes the possibility that they are both wrong.

Three protagonists perform on the stage in this theatre of the absurd-partisan, priest, and prophet. The priest and partisan do not have the prophet´s responsibility. The prophet is considered a relic by priest, a coward by partisan and naive by citizens. The priest and partisan are chiefly concerned with institutional preservation, personal security and imperial sanction. The quietude of the subjected and titillated masses-pax imperium- is the partisan´s aim, the priest´s blessing, and the prophet´s torment. It seems the case that spaces of sacrament and scholarship would be the prophet´s natural habitat. Dominant forms of religion (cross and crescent) do not assuage angst but bless the violent responses to angst.

Yet, more than not houses of prayer and thought are the intellectual and priestly reflections of the powers. The prophet is homeless. The prophet lives in precarium-exile from the world that is while calling for a world that is not yet. Numinous is the dwelling of the prophet.

In an era dominated by wealth and celebrity, words are the prophet´s currency and presence is her ground of being. The goal of the prophet is not to declare national allegiances but rather extending the possibility of love across man made boundaries; reconciling all to the numinous. The numinous is thoroughly this worldly-taking up the every day and public decrees. Not as ruler but a guide toward the ultimate concern of collective hope and the goodness of being.

Group think demands that all members support their respective partisans. The prophet is summoned to bear witness to both sides. Speaking a loving truth of justice to the powerful and powerless, citizen and foreigner, the attacked and attacker, the prophet expresses an equal concern for the victim and the executioner. “Eyes for eyes blinds justice from itself”, weeps the prophet. The prophet never gets drunk on the wine of nationalism or group-think. The prophet maintains a course of hope in a society heading toward and delighting in death.

The prophet thoroughly understands that bloodletting nationalism can not be delight. Make no mistake about it the prophet is a partisan-the poor and the powerless. If a nation, people, or a cause-whether in a capital or cave-make their ultimate meaning with the torture flesh as their sacrifice, its adherent´s souls are at stake. Dancing in the street upon the death of the other´s kirth and kin by Bearded men and youth is unjust. They make blood offerings. The prophet ask: “Are not the innocents made dead by men in manicured suits as valuable as those sent to their graves by men in tribal garments?” As the hysteria seizes the public imagination, pleads for deliberation. Issuing a clarion call, “We shall never celebrate the death of anyone. The nature of war poisons the soul of a nation. We must pray for the turning of our cause toward peace with justice for all. For the death of our enemy at our hands maybe the death of your being.”

Rev. Osagyefo Uhuru Sekou is an author, documentary filmmaker, public intellectual, organizer, pastor and theologian. Rev. Sekou is the former Senior Minister of Lemuel Haynes Congregational Church (UCC) in South Jamaica Queens, New York. He is the author of the forthcoming, Gods, Gays, and Guns: Religion and the Future of Democracy. He authored the critically acclaimed Urban Souls, which takes a refreshing approach to the spiritual crisis in America. Rev. Sekou has given over 1000 lectures throughout the country and abroad, including Harvard Divinity School, Princeton University, University of Virginia, and the University of Paris IV- La Sorbonne.

The “Declining Significance” of Black History