The “Declining Significance” of Black History

You Are Here: Home » Blog » Commentaries/Opinions » The “Declining Significance” of Black History 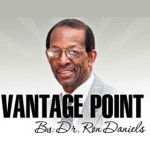 In the middle of this year´s Black History Month I was momentarily overcome by a weird feeling. There was a kind of ho hum, mundane, routine, business as usual atmosphere about this year´s commemoration with little passion or intensity. Maybe it was just me, but I had a sense that Black History Month was/is straying from Carter G. Woodson´s original mission of utilizing history as an instrument of restoration and liberation for people of African descent in the U.S. Some years ago, noted scholar William Julius Wilson wrote a controversial book called The Declining Significance of Race in which he argued that class/economic disadvantage not race/racism should be the focal point of our efforts to achieve full equality. I disagreed with his premise, but this month I have wondered out loud if there is a “declining significance of Black History” in Black America.

This concern was borne out in an article by Dr. Julianne Malveaux, President of Bennett College for Women, in which she discussed a lively exchange with a Black student at a Historically Black College. After she delivered a Black History Month lecture, the student bristled at the idea that Black History should be confined to a month, suggesting that it should be interspersed with American History throughout the year. Then he proceeded to say that Black History Month was no longer relevant because we now live in a “post-racial” society. I also had an interesting experience At York College City University of New York, where I teach. In one of my classes, I asked about the significance of February 21st. There was universal agreement that this year, February 21st was President´s Day. But, not a single student out of a class of more than 30 students, the majority of whom are African American, Caribbean American and Continental African, had a clue that February 21st was the memorial of the assassination of El Hajj Malik El Shabazz, Malcolm X, one of Black America´s foremost freedom fighters.

It is interesting to note that it was Malcolm X who declared: “Of all our studies, History is most qualified to reward all research.” He was specifically urging Africans in America to study the freedom struggles of other oppressed people to learn lessons about how to advance the fight for liberation in the U.S. For Malcolm the study of history had a purpose — education for liberation. Carter G. Woodson, the founder of Black History Month, was convinced that if Africans in America were to overcome centuries of enslavement and degradation, it was critical that history and culture be used as tools to inform, inspire and encourage our people to fight for dignity, self-respect and equality. Woodson did not teach the study of history as a mere academic exercise, or simply to cite heroes and heroines of the past or recite a litany of past historical achievements. It was to free our minds from the shackles of Eurocentric cultural-historical domination, to see and analyze the world through the prism of our own history, condition and aspirations and to act to fulfill our interests as a race/people accordingly.

Measured against these criteria, it is not only ludicrous but dangerous to suggest that Black History Month is no longer relevant or that there is a declining significance of Black History. Black people are understandably proud to have a Black family in the White House, but we should be absolutely clear that claims that we live in a post-racial society fly in the face of the persistence of covert and overt prejudice and structural/institutional racism in America. Indeed, the reaction by a minority of White Americans to the election of a Black President has been nothing short of vicious. Polls indicate that a significant number of Americans question whether Barack Obama is a legitimate citizen. The so called “birther movement” has led to several states proposing legislation that would require presidential candidates to produce valid birth certificates to secure ballot status.

In the midst of Black History Month, supporters of the Sons of the Confederate Veterans in the Alabama legislature have introduced a proposal to issue a license plate in honor of General Nathan Bedford Forrest. General Forrest was implicated in the massacre of Black Union troops in the 1864 battle of Fort Pillow and served as a Grand Dragon of the Ku Klux Klan after the Civil War. The Sons of the Confederacy are also gearing up to honor Jefferson Davis, first President of the Confederate States of America, as part of the commemoration of the 150th anniversary of the South´s succession from the Union. The enslavement of Africans is hardly a footnote in their rationale for the dramatic act that precipitated the Civil War. One might argue that the birthers and Sons of the Confederacy are fringe groups; however, prejudice/bigotry has also reared its ugly head in the Tea Party Patriot Movement and they have become a formidable force contending for power at all levels, right up to Congress of the United States.

This poisonous atmosphere should certainly be among the subjects addressed during Black History Month and other occasions during the year because it is an impediment to Africans in America fulfilling our aspirations. The “State of Emergency” in Black America is a direct consequence of the de-emphasis on race-based initiatives to combat the chronic economic recession, if not depression like conditions plaguing urban-inner city areas in this country. The racial consciousness developed as a result of an awareness of our history and culture dictates that we identify with rather than abandon our brothers and sisters locked in the “dark ghettos” of this Capitalist political economy. They are mired in malevolent conditions because of blatant neglect rooted in structural/institutional racism. Not only should our knowledge of self compel us to act, it should encourage the teaching of history and culture to our young brothers and sisters as a prescription for positive self-esteem and corrective for self-destructive behavior rampant in depressed urban areas. Far from being irrelevant, a heavy dose of Black history and culture are essential ingredients in the formula to rescue and reconstruct oppressed Black communities.

This rescue mission will not be undertaken, however, as long as we have large numbers of Black people who are disconnected from the history of struggle that shattered racial barriers to allow millions to have access to opportunities denied to their ancestors. It will not be undertaken as long as significant numbers of Blacks who “have” are disconnected from the “have nots” because of the fantasy of a post-racial society. We urgently need a critical mass of Blacks of all walks of life, but particularly the newly endowed middle and upper class professionals, the rich artists, athletes and entertainers to be imbued with the history, heritage and culture, the “soul of Black folks.” It is the grasp of the meaning of our history and culture that will enable Black people to develop a sense of accountability, duty and responsibility to contribute our time, talent and resources to uplift the Black community.

Properly understood and utilized, Black History Month and the study of Black History are still relevant to our goal of achieving justice, equity and parity in this nation. Black History is still significant as a factor and force for change for Black people. Therefore, we permit its decline or allow it to become superfluous at our own peril!