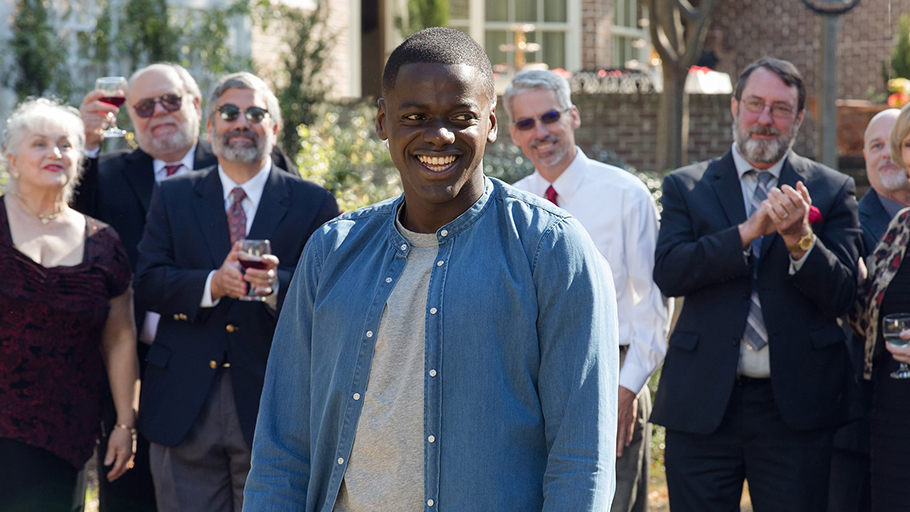 You Are Here: Home » Blog » Commentaries/Opinions » This is what it feels like to be black in white spaces

‘When navigating the white space, blacks … tend to be biased in favor of the well-off white people, those they guess likely to be free of prejudice toward black people.’ Photograph: Justin Lubin/Universal Pictures

Black people experience discrimination every day – it’s knowledge inaccessible to white people and, when confronted with it, most are incredulous.

By Elijah Anderson, The Guardian —

Almost every black person in America has experienced the sting of disrespect on the basis of being black. A large but undetermined number of black people feel acutely disrespected in their everyday lives, discrimination they see as both subtle and explicit. Black folk know everyday racism – that becomes powerfully underscored by highly publicized racial incidents like the incident at Starbucks, the recent spate of police killings of black men, or the calling of police on a black female student while napping in a common area of a Yale dormitory.

While American society purports to be open and egalitarian, or “equal opportunity”, such everyday outcomes leave black people deeply doubtful. Moreover, black people are generally convinced that they must work twice as hard to get half as far in life.

Long before the election of Donald Trump, black people believed the average white person was against them and their kind

Among their own, black people affirm and reaffirm these central lessons and, out of a sense of duty, try to pass them along to others they care about, and especially to their children.

For black people, experience holds a dear school, and the knowledge they acquire is based largely on the experience of living while black in a society that is dominated by white people.

Therefore, this cultural knowledge is most often inaccessible to white people, and when confronted with it, most white people are incredulous.

When US supreme court chief justice Roger Taney declared in 1857 that black people had no rights that white people were bound to respect, he was observing the social reality of his day. Slavery effectively established black people at the bottom of the American racial order, a position that allowed every white person to feel superior to any black person.

After Emancipation, as black people migrated to cities in the north and south, their stigma both followed and preceded them. When black people settled in their new communities, their reception was decidedly mixed, but as their numbers grew, local white people worked to contain them. Over time, the lowly position of black people became institutionalized, and passed from racist generation to racist generation.

Thus, black people usually were relegated to the least desirable sections of a city, often “across the tracks” from the white communities, or in the “black sections” of town, the precursor to the iconic black ghetto.

As black people operate in these segregated spaces, they can “be themselves”, away from the direct control of white people. Yet, there is still a general sense that white people and their agents ultimately control the ghetto’s racial reality, notably the financial, legal and criminal-justice systems.

While American society is often ideologically characterized as privileging equal opportunity, the everyday reality of the masses of black people is that of being peculiarly subordinate in almost every way, but this is especially true when they venture into essentially white spaces.

Following the civil rights movement, a “racial incorporation” process of the 1970s and 1980s was established, and along with “fair housing”, school integration, and “affirmative action, it benefited many black people . Many of these people have joined the larger American middle class, and they and their children have become increasingly assimilated. But this assimilation is essentially into what they know and perceive as white space, which they often navigate haltingly, and essentially alone.

Yet, large numbers of black people continue to reside in segregated neighborhoods, and their children attend largely segregated schools. When venturing outside their local neighborhoods, particularly into spaces that are overwhelmingly white, they are often surveilled, and at times questioned, harassed, or occasionally arrested by the police – all for essentially “living while black”. 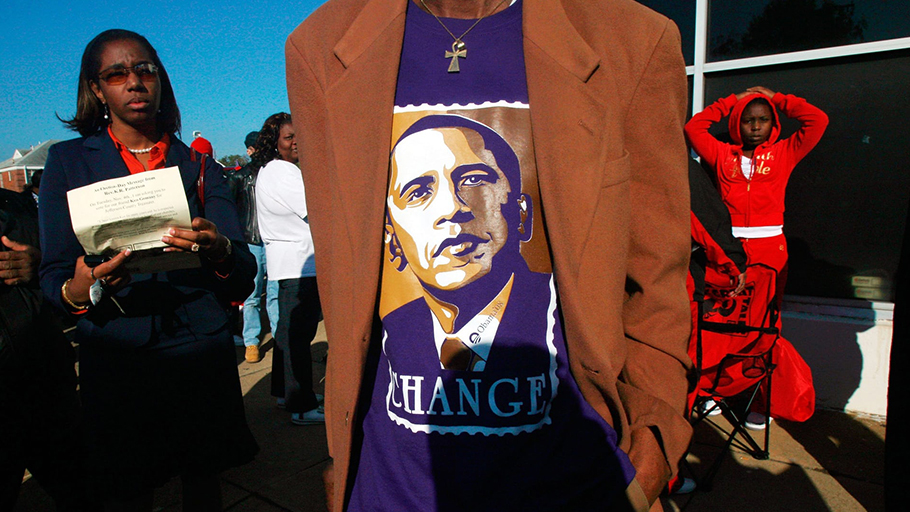 In navigating these white spaces, they may feel themselves to be tokens, as symbolic representatives of the urban black ghetto. When encountering a white person in this setting, they tend to assume that person is likely to be racially insensitive, if not openly prejudiced, and before giving the person full trust, they hesitate.

In the thinking of many black people, it is a highly unusual or even rare to encounter white people who do not share a negative opinion of them and their kind. At the same time, they know and believe there are non-racist white people; they know that such white people exist and may refer to them as “decent” or “good” white people. Here, black people at times see a class divide – they tend to be biased in favor of the well-off white people, those they guess are less likely express prejudice toward black people.

When navigating the white space, black people are typically on the hunt for this type of person, thinking that such people might be supportive and friendly or serve them as allies in their struggles, are likely to understand, or at least are not so likely to exhibit the kind of racial animus against them which they strongly associate with most other white people.

For black people navigating white space, such allies are critically important, since black folk know there are in fact white people who absolutely hate them but don’t say so to their faces. In fact, a major problem for black people is to figure out which white persons are decent and trustworthy and which ones are covertly racist; they worry about misplacing their trust, as they commonly experience “let downs” and racial setbacks.

Given the rigid distinctions between black and white people, black people know very little about how white people actually live, and vice versa.

In fact, profound borders between ordinary white people and ordinary black people have always existed in this country. Since black and white people have lived apart for centuries, their coming together in a cosmopolitan urban society is often a major challenge, and it presents many issues for black people as they move about. Black people tread lightly and exit from stressful situations as soon as they can. 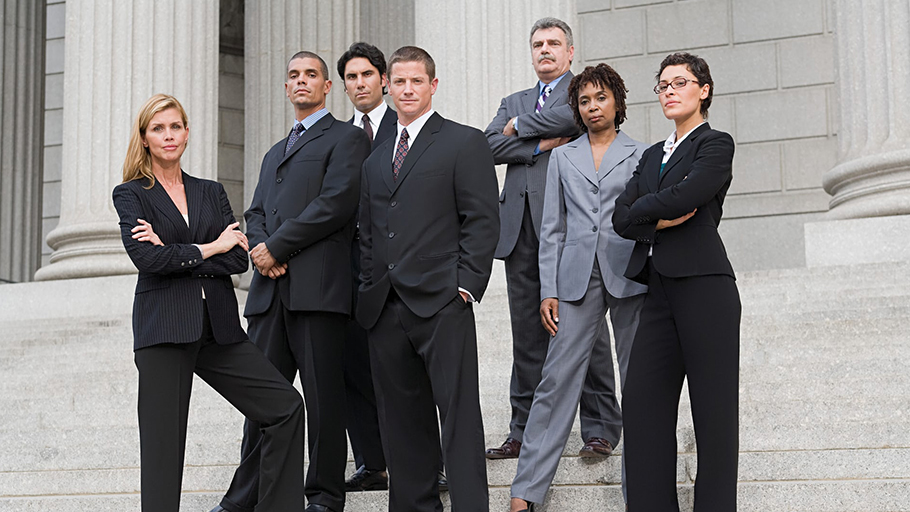 In the white space, white people and others often stigmatize anonymous black persons by associating them with the putative danger, crime and poverty of the iconic ghetto, typically leaving black people with much to prove before being able to establish trusting relations with them. Accordingly, the most easily tolerated black person in the white space is often one who is “in his place”– that is, one who is working as a janitor or a service person or one who has been vouched for by white people in good standing. Such a person may be believed to be less likely to disturb the implicit racial order – white people as dominant and black people as subordinate.

Strikingly, a black person’s deficit of credibility – a function of history of white supremacy, but also their more recent association with the iconic ghetto – may be minimized or tentatively overcome by a performance, a negotiation, or what some black people derisively refer to as a “dance”, through which individual black people may be required to show that the ghetto stereotypes do not apply to them; in effect, they perform to be accepted. This performance can be as deliberate as dressing well and speaking in an educated way or as simple as producing an ID or a driver’s license in situations in which this would never be demanded of white people.

As black people move about the white space, often the first thing they note is the number of black people present. The presence of familiar faces, or simply other black faces, brings a measure of comfort.

Most white people have little idea, and many are willfully ignorant, of challenges black people face in white spaces

First, the strangers’ eyes meet. If both “pass inspection”, mutual nods likely follow, communicating, “I see you.” Those who project negative images of the iconic ghetto will be ignored. This differentiation reflects how today’s black ghetto differs from the ghetto under the rule of Jim Crow. Then the ghetto included upper-class, middle-class and working-class people, as well as the poor. Excluded from white neighborhoods, all black people lived there, as a caste apart from white society. While desperately poor black people resided in that community, it also included well-educated professional people, supportive social structures, and a strong focus on propriety and decency.

Today, black people inhabit all levels of the American class and occupational structure. They attend the best schools, pursue the professions of their choosing, and occupy various positions of power, privilege and prestige. But for the ascendant black upper middle class, in the shadows lurks the specter of the urban ghetto. The iconic ghetto is always in the background, shaping Americans’ conception of the anonymous black person as well as the circumstances of black people in all walks of life.

Elijah Anderson is William K Lanman professor of sociology at Yale University. This article is adapted from his forthcoming book, Black in White Space