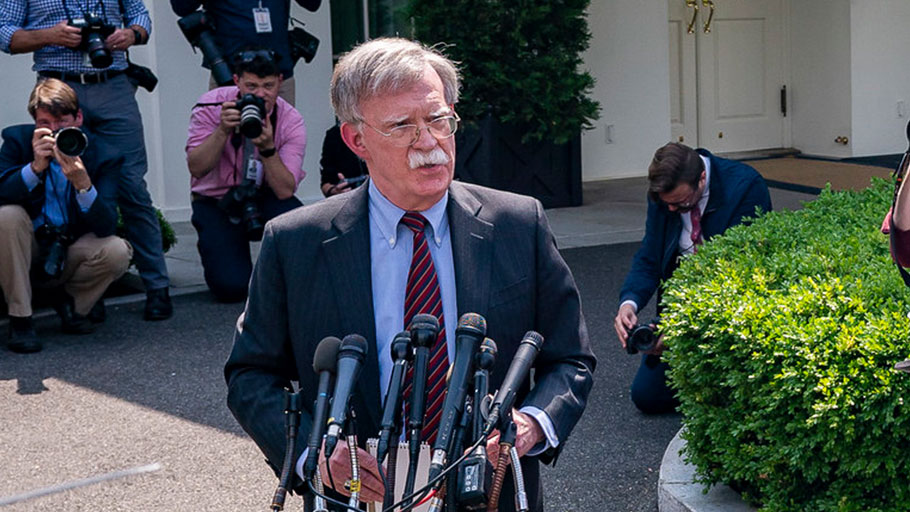 John Bolton hates the governments of Venezuela, Cuba and Nicaragua, calling them the “troika of tyranny” and the “three stooges of socialism,” and is determined to use his time as national security adviser to eliminate the vestiges of socialism in our hemisphere. He has openly stated that the 1823 Monroe Doctrine is “alive and well,” conveying that the United States will dictate the terms of governance in the Western Hemisphere, by military force if necessary.
Furious that he has been unable to successfully orchestrate a coup in Venezuela, Bolton is now lashing out at Cuba, explicitly punishing the nation for its support of Venezuelan President Nicolás Maduro. The travel restrictions announced on June 4 represent another page from Bolton’s “regime change” playbook.

The new travel restrictions will severely limit the ability of Americans to travel to Cuba. The restrictions prohibit group educational trips to Cuba, known as “people-to-people” travel, as well as passenger vessels, recreational vessels, and private aircraft. These bans go to the heart of the Cuban economy, which has become increasingly dependent on tourism.

Despite the island’s devastation from Hurricane Irma and increased restrictions from the Trump administration in 2017, Cuba had a record number of visitors in 2018—4.75 million, with the United States and Canada being the largest contributors. In just the first four months of 2019, over 250,000 U.S. visitors traveled to Cuba, an increase of 93 percent from the same months in 2018. Most visitors came from cruise ships, which are included under the new restrictions. Trump’s move will impact an estimated 800,000 cruise passenger bookings, cutting the island out of millions of dollars a year in docking fees and payments for on-shore excursions. It comes at a time of severe economic weakness for Cuba, which is struggling to find enough cash to import basic food and other supplies following a drop in aid from Venezuela.

The Trump administration wants to punish the Cuban government, but the restrictions on “people-to-people” travel will be particularly harmful to Cuba’s private entrepreneurs who have poured their lives’ savings into restaurants and home-based lodgings catering to American travelers, and greatly benefited from Obama-era policies.

While John Bolton insists he wants to spread democracy abroad, his Cuba restrictions violate the freedom of the American people. The United States is the only country that restricts travel to Cuba. Canadians have always traveled freely to the island, as have people from Latin America, Europe and all over the globe. The U.S. also allows Americans to travel to the world’s most repressive countries—from North Korea to Myanmar to Saudi Arabia—but unfairly singles out Cuba.

Restricting U.S.-Cuba ties also runs contrary to the will of the American people. Poll after poll shows that the majority of Americans support the normalization of U.S.-Cuba relations, as President Obama discovered when he began re-establishing relations with Cuba over the course of his first term. In 2014, Obama engaged in 18-month-long negotiations with Cuba to restore diplomatic ties. Both countries reopened their embassies, opening the door for normal diplomatic services for citizens of both nations. While Obama was not able to convince Congress to lift the embargo, he was able, by executive order, to ease trade and travel. By the time Obama left office, American travel to Cuba had tripled in size.

The new travel restrictions come on the heels of another Bolton-inspired attempt to strangle the Cuban economy, which is the implementation of Title III of the 1996 Helms-Burton act. This allows Cuban Americans to sue foreign companies in Cuba for property taken from them at the time of the revolution—60 years ago! It is a punitive measure designed to make foreign companies afraid of investing in Cuba, with Bolton stating that he “can’t wait for all the lawsuits” that would be filed against companies doing business in Cuba.

The measure is particularly aimed at European and Canadian companies, which have investments in businesses ranging from tourism to mining to agriculture. “The extraterritorial application of the U.S. embargo is illegal and violates international law,” said Alberto Navarro, the European Union ambassador to Cuba. “I personally consider it immoral. For 60 years the only thing that’s resulted from the embargo is the suffering of the Cuban people.” Navarro might have added that the embargo is also hypocritical, given that the U.S. government encourages investments in some of the world’s most repressive regimes, such as Saudi Arabia, Egypt and Israel.

Treasury Secretary Steven Mnuchin justified the new measures against Cuba by alleging that “Cuba continues to play a destabilizing role in the Western Hemisphere, undermining the rule of law, and suppressing democratic processes.” Yet the U.S. aligns itself with brutal Latin American governments from Honduras to Brazil, and denies refuge to Latin American immigrants fleeing horrific violence.

While the Trump administration claims that there are 20,000-25,000 Cuban security forces propping up the Venezuelan government, Cuban Foreign Minister Bruno Rodríguez Parrilla insists that there are no Cuban soldiers in Venezuela, “only medical staff in humanitarian mission.” Cuba has a long-standing agreement with Venezuela to provide doctors and nurses in exchange for Venezuelan oil. This is part of Cuba’s “army of white coats,” as Cuban officials call them, who are currently working across 67 countries.

While the attacks on Cuba and the other members of the “troika of tyranny” are designed to stop the spread of socialism, they are also aimed at the 2020 elections. They pander to a tiny sector of the U.S. population—conservative Cubans, Venezuelans and Nicaraguans mainly in the Miami area—in a craven effort to solicit their votes in both congressional and presidential elections, where margins of victory can be razorblade thin. The Cuban people, and the rights of Americans, should not be held hostage to brazen partisan politics. And they certainly should not be held hostage to the imperial hubris of madman John Bolton.

This article was produced by Local Peace Economy, a project of the Independent Media Institute.

Medea Benjamin is the author of Inside Iran: The History and Politics of the Islamic Republic and co-director of the peace group CODEPINK.