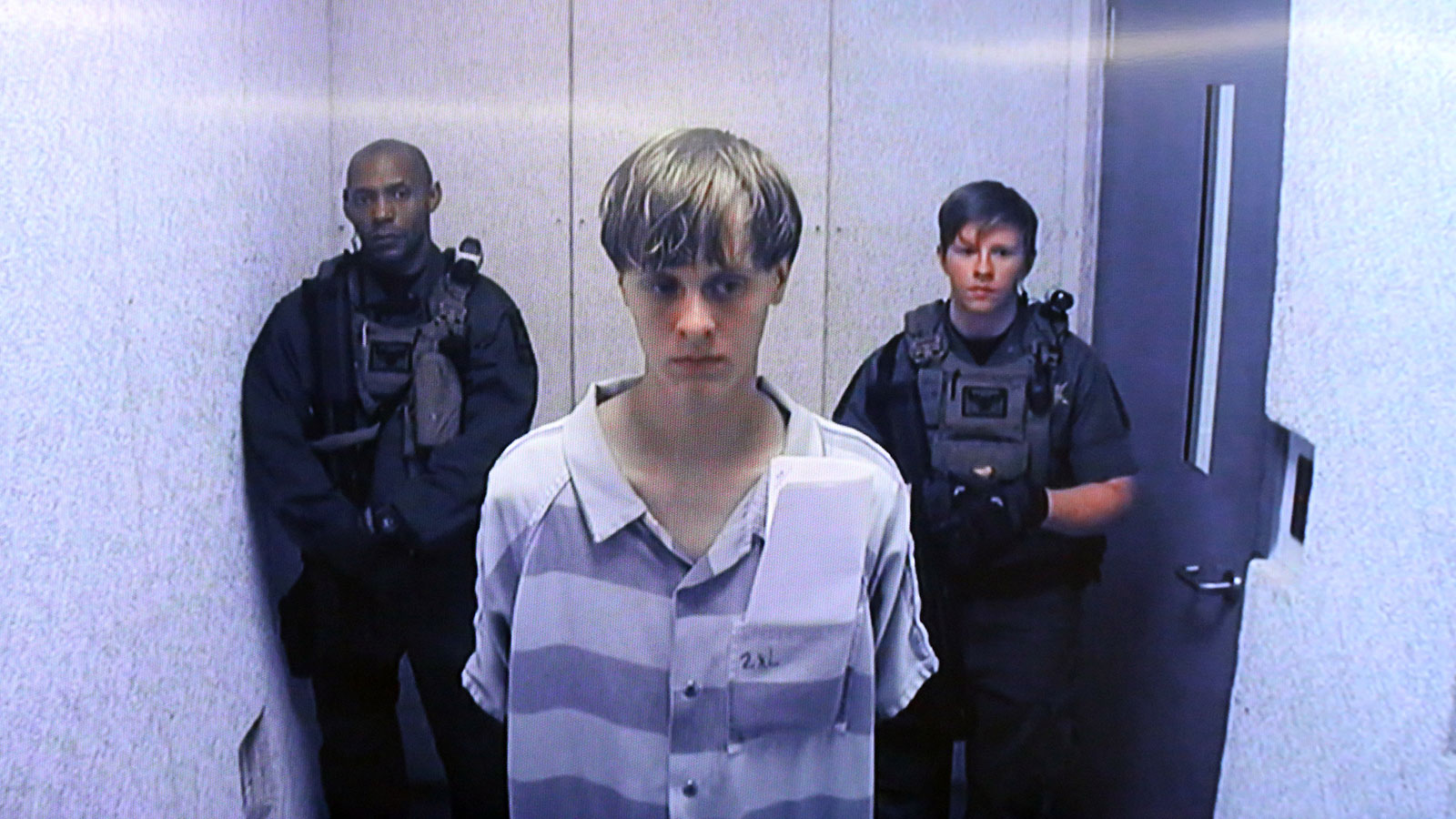 Since 2017, the FBI has warned US Congress that the rise of white nationalism and the violence of extremist militia groups is a dangerous domestic terrorism threat.

By Sophie Bjork-James, The Conversation —

White nationalists keep showing up in the hearings of the U.S. House committee investigating the Jan. 6, 2021, insurrection.

Evidence is mounting that white nationalist groups who want to establish an all-white state played a significant role in the violent attack on the U.S. Capitol that left five dead and dozens wounded.

Thus far, the hearings “have documented how the Proud Boys helped lead the insurrectionist mob into the U.S. Capitol building in Washington, D.C,” journalist James Risen wrote in the Intercept.

Based on July 12, 2022, testimony from a former Oath Keepers member, the white nationalist group coordinated with the Three Percenters, another group of white nationalists, and the Proud Boys in mobilizing their extremists groups to rally in Washington, D.C., on Jan. 6, as asked by President Trump in his Dec. 16, 2020, tweet.

As a cultural anthropologist who has studied these movements for over a decade, I know that membership in these organizations is not limited to the attempted violent overthrow of the government and poses an ongoing threat, as seen in massacres carried out by young men radicalized by this movement.

In 2020, for instance, the Department of Homeland Security described domestic violent extremists as “presenting the most persistent and lethal threat” to the people of the United States and the nation’s government.

In March 2021, FBI Director Christopher Wray testified to Congress that the number of arrests of white supremacists and other racially motivated extremists has almost tripled since he took office in 2017.

“Jan. 6 was not an isolated event,” Wray testified before the Senate Judiciary Committee. “The problem of domestic terrorism has been metastasizing across the country for a long time now, and it’s not going away anytime soon.”

Based on my research, the internet and social media have made the problem of white supremacist hate far worse and more visible; it’s both more accessible and, ultimately, more violent, as seen on Jan. 6 at the U.S. Capitol and the shooting deaths of ten Black people at a Buffalo grocery story, among other examples.

In the 1990s, former KKK leaders including David Duke rebranded white supremacy for the digital age.

From the 1990s to the late 2000s, this movement largely built discreet online communities and websites peddling racist disinformation.

In fact, for years one of the first websites about Martin Luther King Jr. that a Google search recommended was a website created by white nationalists that spread neo-Nazi propaganda.

In 2005, the white nationalist website Stormfront.org had 30,000 members – which might sound like a lot. But as social media expanded, with both Facebook and Twitter opening to anyone with an email address in 2006, its views got a lot more attention. By 2015, 250,000 people had subscribed to become members of Stormfront.org.

Between 2012 and 2016, white nationalists on Twitter saw a 600% increase in Twitter followers. They have since worked to bring white supremacism into everyday politics.

The Tech Transparency Project, a nonprofit tech industry watchdog group, found that in 2020 half of the white nationalist groups tracked by the Southern Poverty Law Center had a presence on Facebook.

Without clear regulations preventing extremist content, digital companies, in my view, allowed for the spread of white nationalist conspiracies.

White nationalist leaders, such as Richard Spencer, wanted an even bigger audience and influence.

Spencer coined the term “alt-right” to this end, with the goal of blurring the relationship between white nationalism and white conservatism. He did this by establishing nonprofit think tanks like the National Policy Institute that provided an academic veneer for him and other white supremacists to spread their views on white supremacy.

Today, many white nationalist ideas once relegated to society’s fringes are embraced by the broader conservative movement.

Take, for instance, the Great Replacement Theory. The conspiracy theory misinterprets demographic change as an active attempt to replace white Americans with people of color.

This baseless idea observes that Black and Latino people are becoming larger percentages of the U.S. population, and paints that data as the result of an allegedly active attempt by unnamed multiculturalists to drive white Americans out of power in an increasingly diverse nation.

A recent poll showed that over 50% of Republicans now believe in this conspiracy theory. 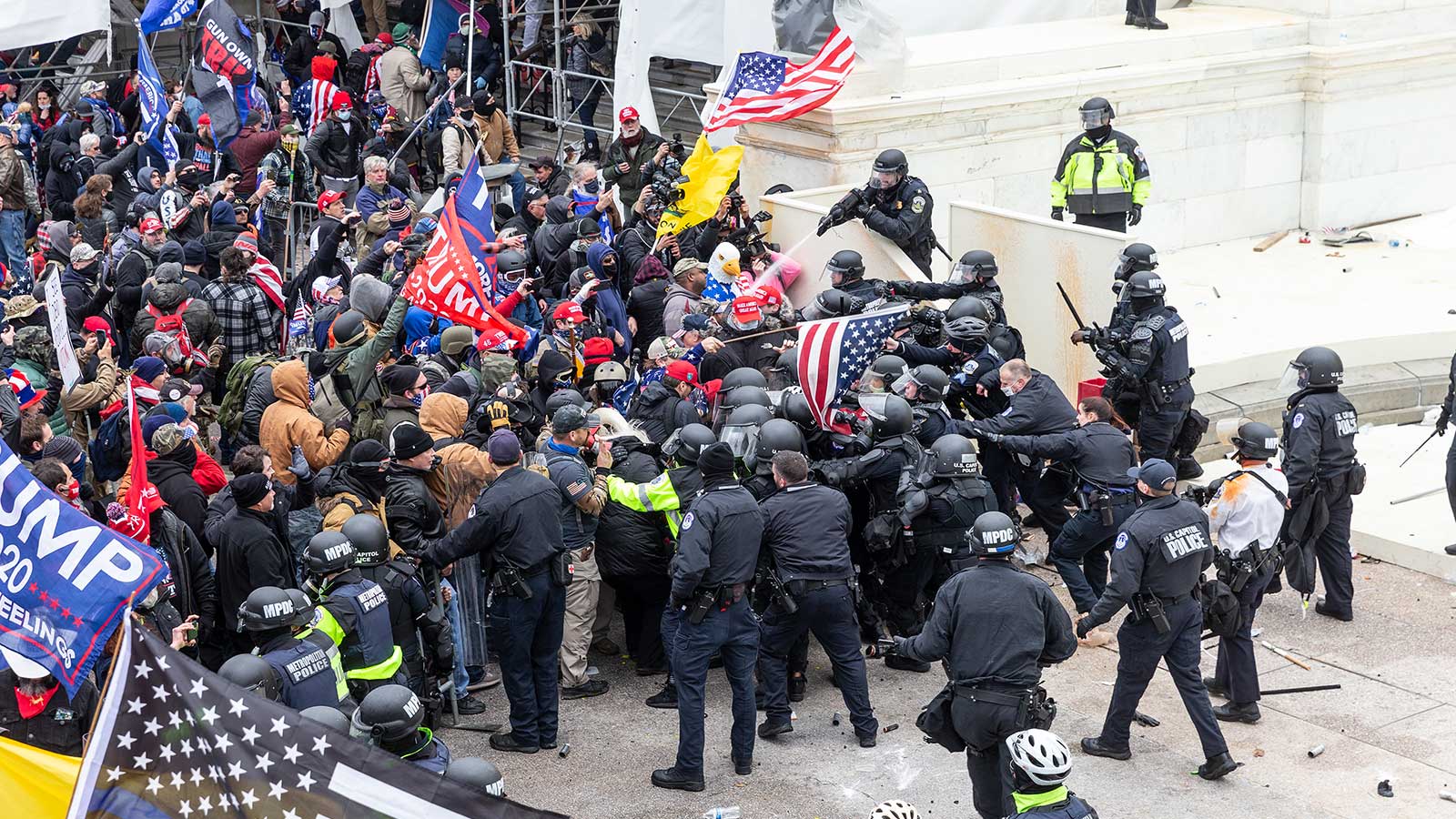 In 2016, during Trump’s presidential campaign, Vice Magazine co-founder Gavin McInnes formed the Proud Boys to further the goals of the alt-right by protecting white identity with the use of violence if necessary.

Proud Boys members are affiliated with white nationalist ideas and leaders, but they deny any explicit racism. Instead, they describe themselves as “Western chauvinists” who believe in the supremacy of European culture but also welcome members of any race who support this idea.

Along with pro-gun militias such as the Oath Keepers and Three Percenters, the Proud Boys are an experiment in spreading white nationalist ideas to an online universe of potentially millions of social media users.

Why do people join these groups?

Data from manifestos posted online by white nationalist groups shows that many mass shooters share a few common characteristics – they are young, white, male and they spend significant time online at the same websites.

The alleged shooter in the killing of 10 Black people in a predominantly Black neighborhood in Buffalo on May 14, 2022, described his reason as wanting to stop what he feared as the elimination “of the white race.”

His fears that people of color were “replacing” white people came from 4chan, a social media company popular among the alt-right.

In 2019, nine African American church members were murdered in Charleston by a young white man who became radicalized through Google searches that led him to openly white supremacist content.

Massacres in a Walmart in El Paso, Texas, at two mosques in Christchurch, New Zealand, and at a synagogue in Poway, California, all took place after the shooters began spending time on 8chan, an imageboard popular with white supremacists and the home of QAnon posts.

For many of these individuals, the most important part of their radicalization was not about their home life or personality quirks, but instead about where they spent time online.

A racially diverse democracy at stake

The reasons men join groups like the Proud Boys and Oath Keepers – and even some liberal groups – is less clear.

A former Proud Boy member offered one reason: “They want to join a gang,” Russell Schultz told CNN on Nov. 25, 2020. “So they can go fight antifa and hurt people that they don’t like, and feel justified in doing it.”

Antifa is a loose-knit group of usually nonviolent activists who oppose fascism. 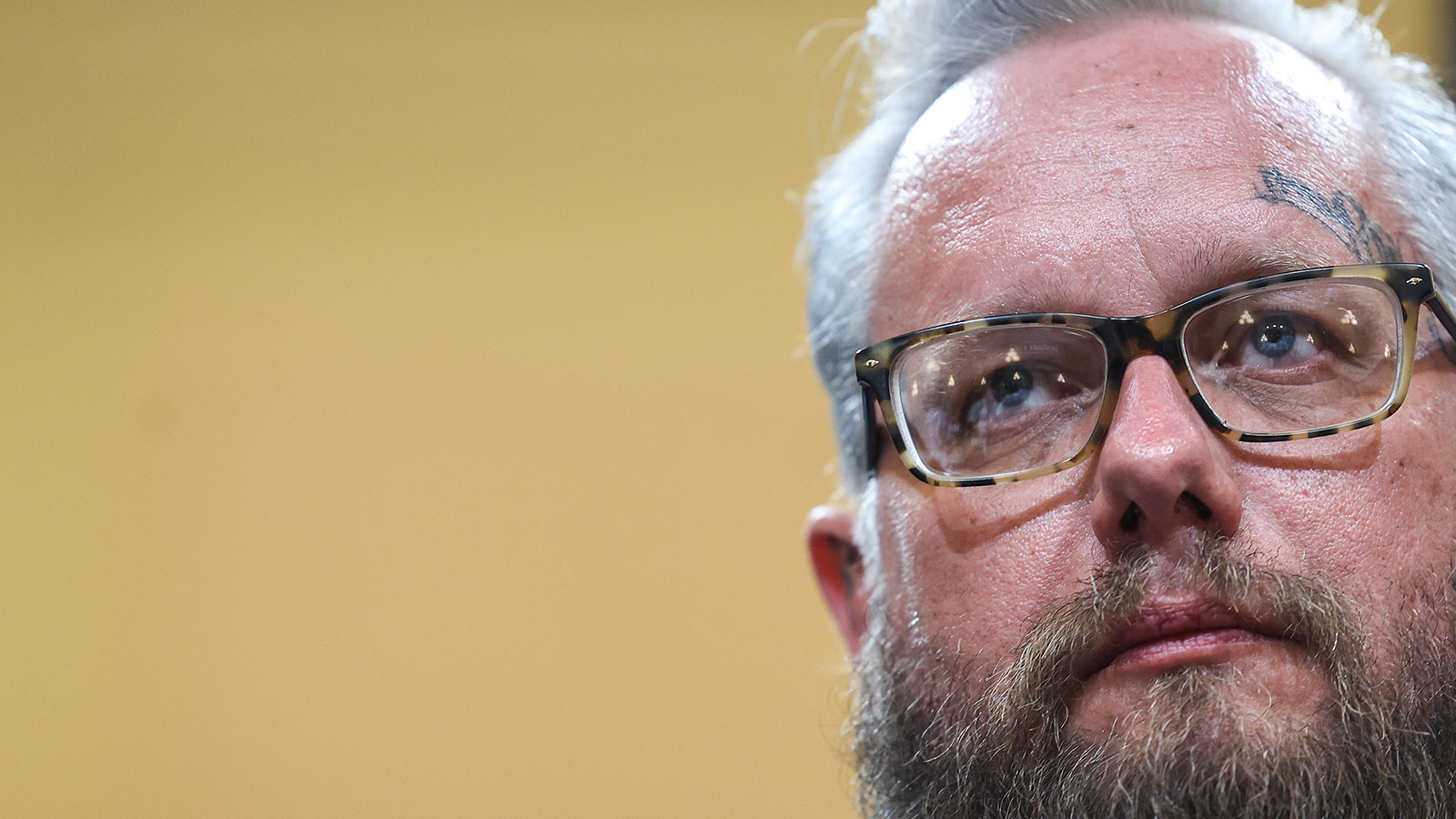 Former Oath Keeper Jason Van Tatenhove testifies on July 12, 2022, during a hearing by the House Select Committee to Investigate the January 6th Attack on the U.S. Capitol. Kevin Dietsch/Getty Images

But more than any other issue, racial demographic changes are providing recruitment opportunities for white nationalists, many of whom believe that by the year 2045 white people will become the minority in the United States.

In July 2021, the most recent date for which statistics are available, the U.S. Census Bureau notes that of the estimated population of 330 million American citizens, 75.8% are white, 18.9% are Hispanic, 13.6% are Black and 6% are Asian.

What is also becoming clearer is that the spread of white nationalism endangers the idea of a democratic nation where racial diversity is considered a strength, not a weakness.

Featured image: White nationalist Dylann Roof appears in court on June 19, 2015, after his arrest in the mass shootings at a Black church in South Carolina. Grace Beahm-Pool/Getty Images.