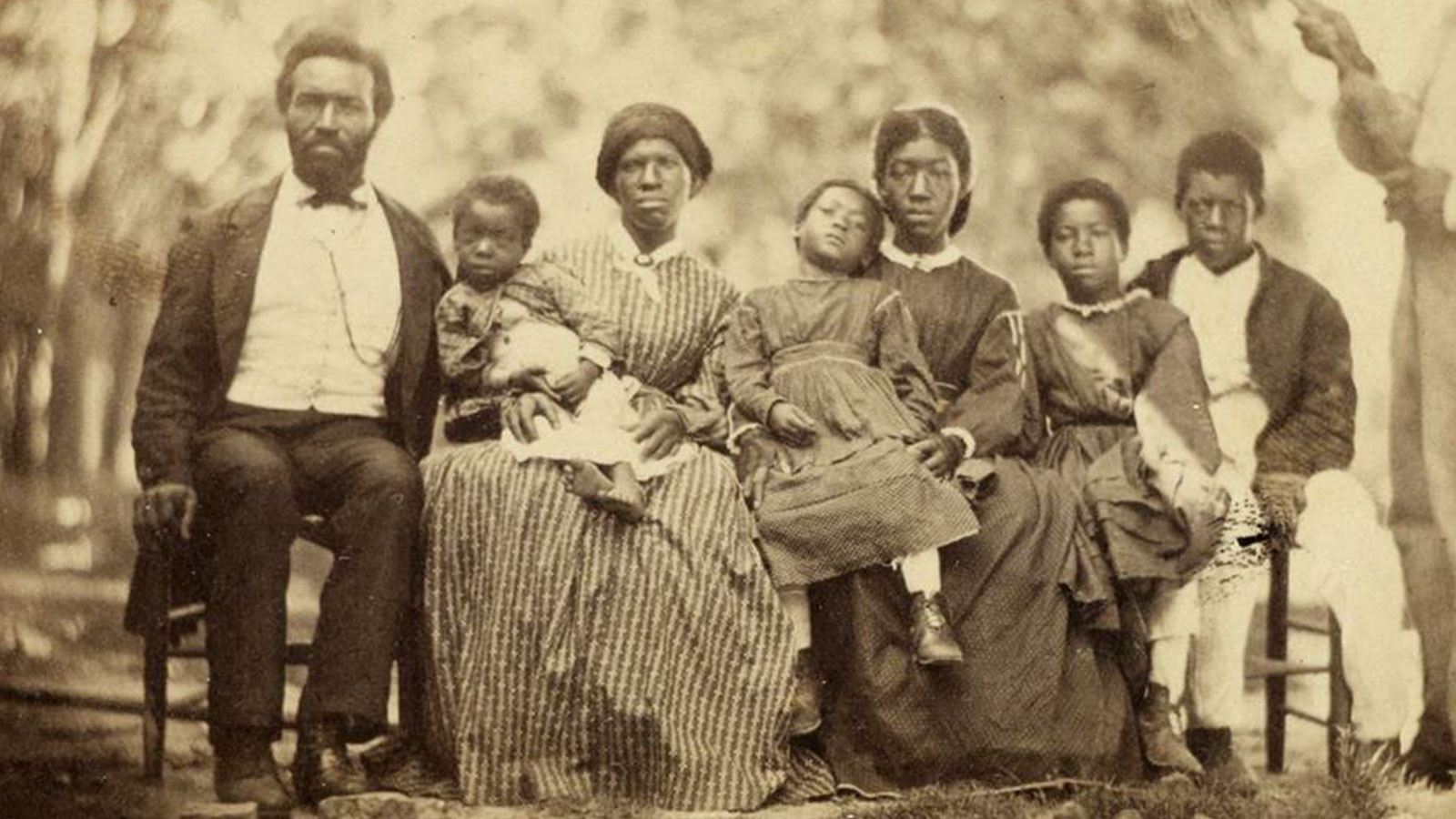 Pope Francis apologizes to native children in Canada, is Black America next?

You Are Here: Home » Blog » Reparations » Pope Francis apologizes to native children in Canada, is Black America next?

By Sherri Kolade, The Michigan Chronicle —

In late July, Pope Francis visited Canada and apologized to the Inuit people who suffered generations of abuse at the hands of Canada’s residential schools.

Over 150,000 Native children in Canada were pulled from their homes between the 19th century and the 1970s when their prevailing culture was replaced with conformity.

“This only renewed in me the indignation and shame that I have felt for months,” Francis said in an NPR article. “I want to tell you how very sorry I am and to ask for forgiveness for the evil perpetrated by not a few Catholics who contributed to the policies of cultural assimilation and enfranchisement in those schools.”

The Canadian government also apologized for its role in the horror behind the schools where unknown and known atrocities done to Native children were kept secret.

“As part of a settlement of a lawsuit involving the government, churches, and the approximately 90,000 surviving students, Canada paid reparations that amounted to billions of dollars being transferred to Indigenous communities,” the article noted. “The Catholic Church, for its part, has paid over $50 million and intends to add $30 million more over the next five years.”

Will it be Black people’s turn soon?

The National Newspaper Publishers Association (NNPA) thinks so. A group of global reparations leaders met with the Vatican recently to discuss the Catholic Church’s role in the Transatlantic Slave Trade, and the importance for the Church to officially address its role with a Papal reparations commission and financial retribution for enslaved African descendants, according to the article.

The Global Circle for Reparations and Healing (GCRH), a delegation of reparations leaders arrived in Rome, led by Kamm Howard, director of Reparations United, and included Dr. Ron Daniels, convenor of the National African American Reparations Commission (NAARC), Dr. Amara Enyia, a strategist for the GCRH, and Nikole Hannah-Jones, author of the 1619 Project.

The group met with Bishop Paul Tighe, secretary of the Pontifical Council of Culture, at the Vatican and gave a presentation detailing the obvious harms and offenses of the Church toward the Transatlantic slave trade and slavery.

“The effects of the Transatlantic slave trade and the harms inflicted on our ancestors continue to cause systemic damage to this day,” said Howard, who is co-convener of the GCHR in the article.

“The Catholic Church has admitted that it played a role in the Transatlantic Slave Trade, and the purpose of our meeting was to provide a roadmap to allow us to move forward toward true reparatory justice. The focus now will be on continued conversations to move the work forward to ensure repair becomes a reality.”

“Our goal is to hold those institutions accountable and ensure that they play a major role in helping to repair the communities that have been harmed. I am encouraged by the conversation with Bishop Tighe and look forward to creating real change for African descendants of enslavement throughout the diaspora.”

In August, the group has plans to travel to Ghana with nearly 100 other global reparations activists to learn from each other in efforts at “building a global culture of repair and healing.” 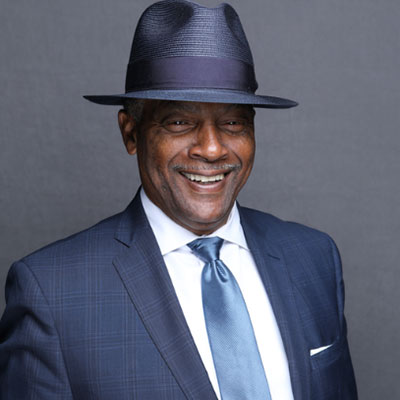 Michigan Democratic Black Caucus Chair Keith Williams is a proponent of reparations in Detroit and for Black America.

“The people who went through all that — the upheaval and pain — yes, they should apologize [to] the folks that caused the pain as part of … the slave process,” Williams said. “White wealth has matriculated throughout generations and those folks that weren’t [a part] of it, they benefit from it because white privilege is still pervasive.”

Detroit is one step closer to receiving its just dues, especially after Proposal R received “yes” votes during the last general election.

The votes approved the Detroit City Council to create a Reparations Task Force to make recommendations for housing and economic development programs that address historical discrimination against the Black community in Detroit.

The reparations conversation has been discussed at length by various groups and entities around the city and was originally presented as legislation in Congress by John Conyers (HR40) and at the local level in the City of Evanston, Ill. Since then, an ordinance was passed to help address the housing disparity caused by the racial divide which started as slavery, the Michigan Democratic Party Black Caucus reported.

The Reparations plan will be funded by a three percent tax on recreational marijuana and donations, Williams confirmed.

The effort garnered thousands of signatures and succeeded in creating a committee to oversee the creation and development of a “Reparations Fund.”

Michigan Democratic Black Caucus Chair Keith Williams, who is vocal about his pro-reparations’ stance, told the Michigan Chronicle that the city and its residents are making significant progress to bring equitable changes to Black Detroit.

“While it will take several lifetimes to fully repair the harm caused by slavery and the systemic oppression of African Americans in this country, the time has passed for us to embark upon this righteous journey,” Sheffield previously stated. “Reparations are not only necessary to level the playing field for those impacted but it is imperative for America to maintain some semblance of moral authority in the world.”

Williams said that the reparation movement is about dictating a new “economic engine.”

A recent resolution passed by the Detroit City Council in early July will allow the city to appoint a Reparations Task Force soon.

The qualifications of the individuals to serve on the task force include Detroit residents to serve a term of six to 10 years; membership is also open to non-African Americans.

Several of the top professions and disciplines selected for representation on the Task Force include a historian, impacted resident, urban planner, youth representative and social justice advocate. The qualifications for serving on the Task Force are a matter of discretionary decision-making by City Council Members.

The Reparations Task Force was established as a result of the overwhelming support received by the ballot initiative “to create processes, develop, and implement community reparations for mass historic unjust treatment of Detroit’s majority Black population by making recommendations for housing and economic development programs that address historical discrimination against the Black community in Detroit.”

The Task Force will consist of 13 members, and City Council President Mary Sheffield will appoint a four-member executive committee, which Williams could be in the running for.

The Task Force would be responsible for handling reports on behalf of Detroit regarding the subject of reparations for slavery and structural, systemic racism.

Williams said that the Black Caucus played an “integral part” in activating the Task Force. “I want to make sure I am in alignment with what we are trying to do,” he said.

Applications for the Task Force are being accepted through October 10.

Featured image: Summer Scene, 1866. G. Gable, Harry Stephens was a former house servant of Alexander Hamilton Stephens, vice-president of the Confederacy and, after the war, U.S. senator. The photograph was likely made on the grounds of Liberty Hall, Alexander Stephens’s home in Crawfordsville, Georgia