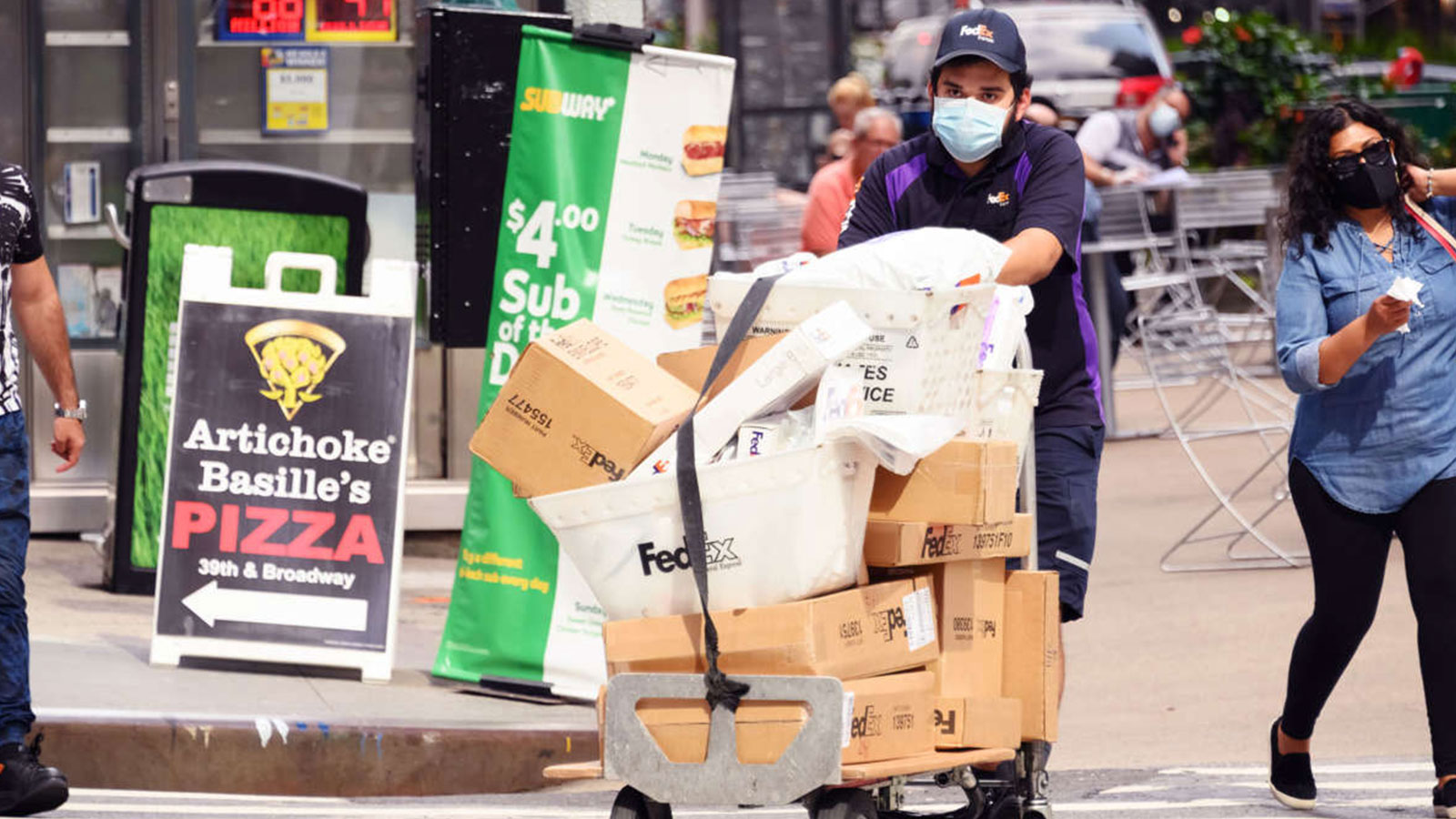 US billionaires became $2.1 trillion richer in 19 months of pandemic

You Are Here: Home » Blog » Commentaries/Opinions » US billionaires became $2.1 trillion richer in 19 months of pandemic

American billionaires grew in number and expanded their collective fortunes by $2.1 trillion since Covid-19 sparked a worldwide pandemic nineteen months ago, according to a new analysis unveiled Monday.

“Targeted tax increases on billionaires, including the proposed Billionaire Income Tax, would rebalance the tax code and reduce these glaring abuses in who pays for the services we all depend on.”

An overall 70% surge of wealth among the nation’s richest individuals since March of 2020 has resulted in approximately 130 new billionaires, found the new report released by Americans for Tax Fairness (ATF) and the Institute for Policy Studies (IPS). In a statement, the groups noted that there are now 745 people with “10-figure bank accounts” compared to the 614 that existed when the pandemic first hit.

In total, those 745 billionaires now hold $5 trillion in collective wealth, which the groups note is “two-thirds more than the $3 trillion in wealth held by the bottom 50% of U.S. households.”

While ATF and IPS have been tracking the explosive growth of the uber-wealthy throughout the pandemic, the latest figures come as Democrats in Congress continue to negotiate with themselves over the cost and scope of President Joe Biden’s ‘Build Back Better’ agenda which aims to provide expanded Medicare, paid family leave, universal childcare and pre-K, bold climate action, and an expanded childhood tax credit to alleviate childhood poverty and provide a more robust economic foundation for millions of working American families.

The great good fortune of these billionaires over the past 19 months is all the more stark when contrasted with the devastating impact of coronavirus on working people. Almost 89 million Americans have lost jobs, over 44.9 million have been sickened by the virus, and over 724,000 have died from it.

To put this extraordinary wealth growth in perspective, the $2.1 trillion gain over 19 months by U.S. billionaires is equal to:

At the heart of their latest analysis, said ATF executive director Frank Clemente, is the failure to adequately tax these outrageous and growing fortunes.

“This growth of billionaire wealth is unfathomable, immoral, and indefensible in good times let alone during a pandemic when so many have struggled with unemployment, illness, and death,” said Clemente. “For practical and moral reasons, Congress must start effectively taxing the outsized gains of billionaires.”

Like other advocates, IPS and ATF are calling for much higher and stricter taxation on the windfall profits of the billionaire class—especially in light of the social needs that the pandemic has made so apparent.

Currently under consideration in Congress is the Billionaires Income Tax (BIT) bill, spearheaded by Sen. Ron Wyden (D-Oreg.), chairman of the Finance Committee, which Clemente and Chuck Collins, director of IPS’ Program on Inequality and the Common Good, say is the best piece of legislation to target the wealth of the super-rich. As the new analysis notes:

Most of these huge billionaires’ gains will go untaxed under current rules and will disappear entirely for tax purposes when they’re passed onto the next generation. Under Wyden’s BIT, billionaires will start paying taxes on their increased wealth each year just like workers pay taxes on their paychecks each year.

“Billionaires are undertaxed and playing hide-and-seek with their substantial wealth,” said Collins. “Targeted tax increases on billionaires, including the proposed Billionaire Income Tax, would rebalance the tax code and reduce these glaring abuses in who pays for the services we all depend on.”

In a statement last month following the release of a White House report on the average income tax rate of U.S. billionaires, Wyden said that it’s shameful for the nation’s wealthiest to pay lower tax rates than most working Americans.

“It’s time for a Billionaire’s Income Tax that ensures billionaires pay taxes just like the nurses and firefighters,” he added. “Nurses treating Covid-19 patients pay their taxes with every paycheck, and they know it’s fundamentally unfair that billionaires and their heirs may never pay tax on billions in stock gains. Instituting a Billionaire’s Income Tax would go a long way toward creating one fair tax code, rather than one that’s mandatory for working people and another that’s optional for the fortunate few.”