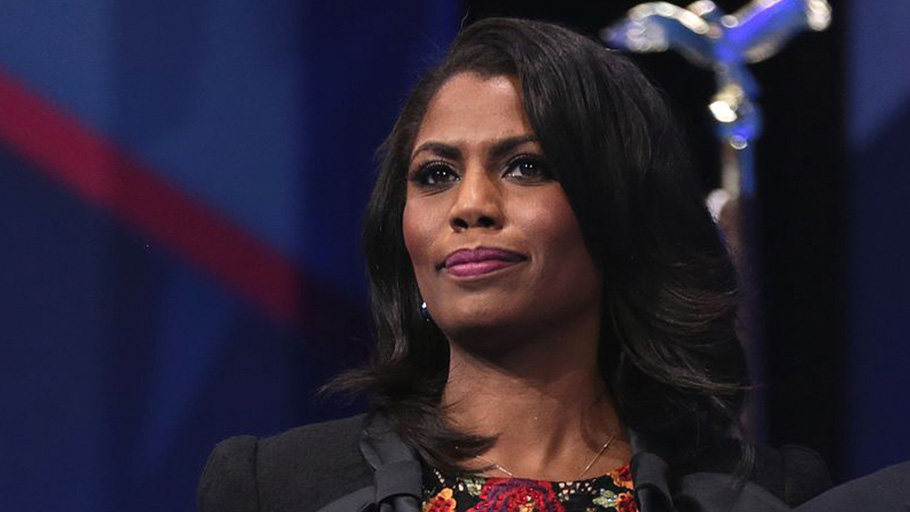 Cheer Her or Jeer Her? The Rev. Omarosa Manigault-Newman

You Are Here: Home » Blog » Commentaries/Opinions » Vantage Point Articles » Cheer Her or Jeer Her? The Rev. Omarosa Manigault-Newman

Omarosa is taking the media by storm and captivating the nation with the tell-all revelations in her book Unhinged – which provides insights into the machinations of the most reckless, ruinous, racist and retrograde administration in the history of this country; that of the infamous “Orange Man” Donald J. Trump. My dear friend Earl Ofari Hutchinson recently wrote that Omarosa deserves “cheers” for her exposure of the inner-workings of this disastrous administration. He went on to commend Omarosa as a “Great American Hero.”  Indeed, there does appear to be growing sentiment in that direction.

Sorry to be the contrarian, but I emphatically beg to differ with Earl and others who are cheering and heaping praise on Omarosa. First it is important for me to say, that no woman, or human being for that matter, deserves to be called a “dog” by the President of the United States.  No matter what her critique of her former boss was/is, his response is uncivilized, but not uncharacteristic. That’s who the Orange Man is!

Having gotten that out, I refuse to be distracted. The most important question was and is, why did Omarosa join forces with Trump in the first place! Now that she’s out (having been “fired”), she’s furious and firing verbal bullets at her former boss and associates in the White House.  But, her outrage must not obscure the fact that Omarosa unapologetically, uncritically, enthusiastically embraced the Orange Man. She became an avid political evangelist, urging Black folks to be saved by this unsavory character!  That’s the question, that’s the point that Omarosa needs to answer to Black people.

Despite warnings by numerous people, this writer included, Omarosa chose to make a self-serving, self-aggrandizing choice to join forces with someone who had a record of racist behavior.  Advancing her career as a “star” on the Apprentice was one thing, going beyond that to cast her lot with an egomanicial narcisscist who launched the “birther” movement by relentlessly berating President Barack Obama was all Omorasa needed to know to refuse to join his campaign and administration.  Now this brilliant, self-confident individual claims she was “mesmerized” by Trump and wanted to be like him, to emulate his “success.” Really?

Omarosa betrayed the interests and aspirations of Black and Brown people, immigrants, women, LBGTQ persons, workers, poor people, environmentalists .… to pursue her career with a Candidate whose agenda was/is antithetical to all these groups/constituencies. She conveniently flipped from being a Democrat supporting the moderate/centrist Hillary Clinton to further endear herself to a candidate and Party vigorously promoting a destructive agenda for her people. She claims she was on the inside to protect the interests of Black people, but can anyone recall a single instance where the good Reverend spoke truth to power out loud to protest the savage behavior of the Orange Man and the white nationalists who openly inhabited the White House with her? No!  But, the Lord works in mysterious ways his/her wonders to behold. Omarosa’s irate revelations and the tapes she possesses may well destroy the demon she danced with, thereby reaping a positive outcome from opportunistic, negative and unnecessary embrace of the Orange Man!

I believe in forgiveness and redemption, so there should be a path for Rev. Omarosa Manigault-Newman to come back home. But, it must be based on accountability for her unrighteous behavior. Omorasa must first openly and unequivocally confess to the original sin of betraying Black people, ask for forgiveness and do penance in terms of public service. Then all should be forgiven if not forgotten. I’m not holding my breath waiting for that to happen. The more likely outcome is for folks to fall for the distraction as Omarosa basks in the glory of burnishing her brand and career as a “reality show star/personality.” Therefore, I will be jeering not cheering until she humbles herself and takes the appropriate steps to come back home.

Featured image above of Omarosa Manigault-Newman is by Gage Skidmore, CC BY-SA 2.0