We’ve got two well-qualified black candidates in the field — and I might not vote for either of them. Here’s why.

You Are Here: Home » Blog » Commentaries/Opinions » We’ve got two well-qualified black candidates in the field — and I might not vote for either of them. Here’s why. 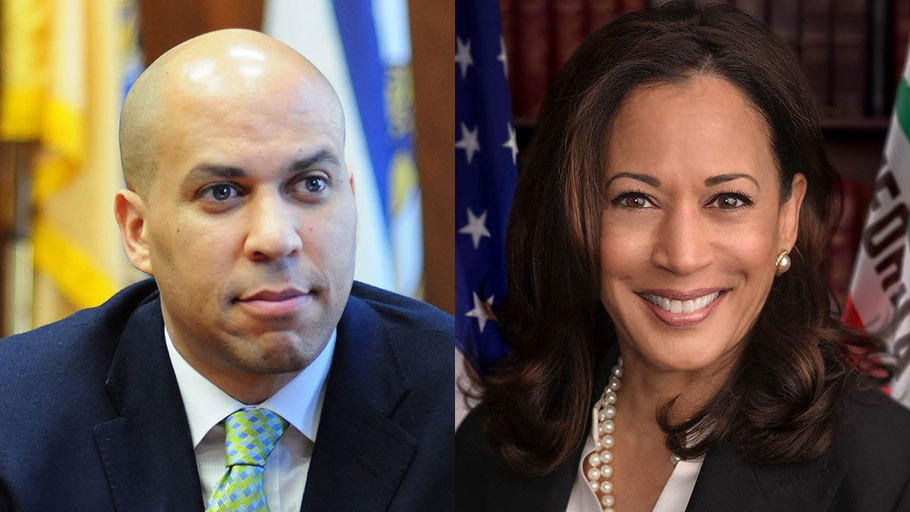 Back in 2008 America successfully elected its first black president, and we could possibly get another in 2020. (OK, I’m not holding my breath or anything.) There are two well-qualified and well-respected African-American candidates running at the time I write this: Sen. Kamala Harris of California and Sen. Cory Booker of New Jersey. Becoming a black U.S. senator in America is almost impossible — there have been only 10 in our nation’s history, and four of those were appointed rather than elected. So Booker and Harris both have a decent shot at dethroning Trump if they don’t take the black vote for granted.

They are going to have to earn those black votes, even though we are boxed into a group literally called “The Black Vote.” What many outside that box don’t understand is that African-Americans are not a monolithic bloc with identical thoughts who all want and need the same things. And contrary to what a lot of people may believe, black people base their votes on more than skin color alone. Just ask Ben Carson and Herman Cain.

It’s too early for Harris or Booker to launch their “black plans,” if they have any at all, but I’m wondering if either of them will directly address African-Americans or will instead take the Barack Obama route: “I’m not the president of Black America, I’m the president of the United States of America.” That worked for him, but it might not work for Booker and Harris. They’re just not as cool. Not many people in this world are as cool as Barack, admittedly, and many people in my generation wouldn’t be following elections without him.

The toxic love story between politics and myself began back in 2008. Like most of the young people on my block, I didn’t care about politicians. That word meant “liar” to us — the local ones effortlessly broke promise after promise, never opening the rec center or repaving the basketball courts like they said they would do during campaign season. Then George W. Bush was in the White House so, yeah. The government didn’t matter to many of us and then this Obama guy came on the scene.

“You mean to tell me that a guy named Barack Hussein Obama is running for president, and you think he’s going to win?” That, followed by an explosion of laughter, was my initial response to the news. Then I heard him give a speech, and I instantly understood the hype, and even joined the campaign. Before I knew it, Obama fever became contagious in my section of East Baltimore­­ — everybody was cheering the dude on, following the election, learning the terminology, waking up to “Morning Joe,” fussing about superdelegates, hating on Hillary Clinton for staying in the primary too long, anticipating insight from guys like Chris Matthews and even donating money to Obama’s campaign. And then, magically, he won! We really made history.

Fast forward past eight years of the first black president and nothing has really changed. Well, maybe not nothing. Don’t get me wrong — Obama tried his best. I personally wish he would have done some things differently, like an executive order for slavery reparations on his first day … but it is what it is. No wave of social mobility or economic advancement came to black people during the Obama era. Many of us are in the same boat, if not worse. I’m not directly basing that on Obama’s policies or the way he governed — I’m just saying that a black president doesn’t equal equality, and that leaves us with the task of selecting the best person that meets our needs.

The Obama era ended in 2016, and we know what happened next. I seriously don’t think the orange guy will be re-elected, if he even runs, which makes me and the rest of the anti-Trumpers excited about the upcoming race. Even though the first primaries and caucuses are still a year away, it’s never too early. So I’m putting together my first draft of a Black People’s Guide to the 2020 Election.

What you need to know about the candidates:

Better than Trump rating: Damn, are you kidding?

Cooler than Obama rating: ‘Fraid not

Booker and Harris both have pros and cons. Maybe they can link on the same ticket in an effort to balance out the differences. (I know, probably not happening.) We’ll see, but I may not end up voting for either of them. Why?

Oprah’s spiritual adviser, Marianne Williamson, is also running for president. She is finally addressing the elephant in the room by advocating for $100 billion in reparations to be distributed to slavery descendants over a decade.

“I believe $100 billion, given to a council, to apply this money to economic projects and educational projects of renewal for that population, is a debt to be paid,” she told CNN.

I’d actually like my money now! I don’t need a council or any type of middleman, and I don’t think $100 billion is going to be enough. But at least she’s talking about it! Hopefully Booker and Harris will follow suit. Because if Trump decides to run again in 2020 and offers reparations, then I promise you this: Kanye won’t be the only black person in a crusty MAGA hat.

Race, Not Abortion Was the Founding Issue of the Religious Right

Race, Not Abortion Was the Founding Issue of the Religious Right
We Need Your Support — Donate, Share, Sign-Up Ways to Support