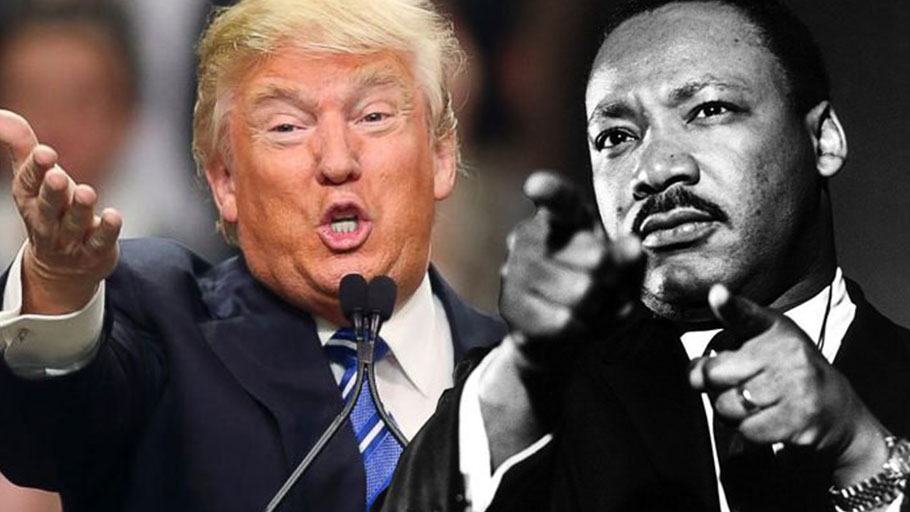 What if Martin Luther King Jr. had Lived?

You Are Here: Home » Blog » Commentaries/Opinions » What if Martin Luther King Jr. had Lived?

There is a huge literary growth industry in counter-factual history. Or, to put it more simply, “what if” history. Now the what if question fifty years after the murder of Dr. Martin Luther King Jr. is: “What if he had lived?” This is not merely an exercise in fun, what if speculation. The question provokes much thought about what America and the world might have looked like with King alive and well. Conversely, how did America and the world devolve without King?

The starting point is King himself. He was in the truest sense one of a kind. That is the kind of leader who comes along once in a lifetime. He was the complete package. He had unmatched eloquence and passion. His gift for impassioned oratory and delivery could energize men and women in all walks, from workers to Presidents and head of states. He possessed visionary insight into how to address the complex racial, social, economic ills of society and what the consequences of those solutions would be for the future. This was not just starry eyed philosophical posturing. He was an in the trenches, hands on organization man.

He worked tirelessly to build a grassroots civil rights and social justice movement from the ground up and was the guiding force in planning, strategizing, and developing tactics for attaining the aims and objectives of his organization. He also had one other quality that all outstanding leaders have had. He had a charismatic presence that filled up a room when he entered. This meant much when it came to moving people to act on issues and problems.

Here are latter day problems where his presence and charisma may have made a difference. King abhorred violence, all violence. He would have been deeply pained by the spectacular and grotesque mass killings in cities from Aurora, Colorado and Newtown, Connecticut to Las Vegas to Parkland, Florida. His deep concern over gun violence would also extend to the murder plague in Chicago, Baltimore and other cities. He would almost certainly have joined in the intense lobbying campaign to get Congress to pass comprehensive gun control legislation

His presence almost certainly would have been felt on the other signature of his, namely war and peace. He would have condemned the Iraq and Afghan wars. He would have branded them ineffectual, repressive, and wasteful and a drain on vital resources that could and should go for domestic programs to aid the poor and minorities.

King could have played a major role in the massive voter registration drives that sharply boosted the number of black elected officials, both North and South. This would have been crucial in the fight against the GOP’s never-ending assault on the Voting Rights Act, and its endless ploys to dilute black and minority voting strength.

King was not just a black American civil rights leader. He was revered as an international advocate for peace and human rights. This may have stood him well, ala Nelson Mandela. He would likely have traveled extensively outside of the country speaking at international conferences, confabs, rallies, and other global forums for peace and economic rights, and against human rights abuses in Latin America, Africa, and the Middle East. In time, King would have been regarded as the elder statesman of the human rights movement whose counsel might be sought by many foreign leaders.

The one thing that King would not have been able to change was the rightward drift of the GOP and later the Democratic party. That would have been an insurmountable task even for a man of the stature of King. There were just too many powerful forces with a vested interest in halting if not reversing the momentum and direction of the country toward expanded civil rights, and labor protections, and economic fairness.

The other intractable problem which reared its ugly head again was the resurgence of overt racist sentiment, actions, and conflicts which would repeatedly give lie to the notion that America had come anywhere close to attaining the color-blind society that King envisioned.

King then would have had to again spend much time leading mass protests against the GOP’s race baiting maneuvers, and just as much time countering through lobbying and cajoling the Democrats, and congressional leaders to expand civil rights protections and the slash and burn of vital health, education, and job programs.

King would have had to find fresh organizational avenues to challenge the continuing ills of poverty, wealth inequality, and the GOP’s attempt to roll back the civil rights and economic gains that he and other civil rights leaders who waged the brutal battles of the 1960s to put in place. Given his superb organizing and planning skills, this may well have been possible.

There’s little doubt that King’s unshakeable commitment to the cause of human rights and economic equality would not have diminished. Wherever there was a campaign, a march, rally, a lobbying effort, or event that his presence could boost, it’s a safe bet that he’d be there. But then again, the timeless endurance of his profound contribution to peace, justice, and equality proves he still lives.

Earl Ofari Hutchinson is an author and political analyst. He is the author of the forthcoming The Russia Probe: What Did Trump Know, And When Did He Know It? (Middle Passage Press) He is an associate editor of New America Media. He is a weekly co-host of the Al Sharpton Show on Radio One. He is the host of the weekly Hutchinson Report on KPFK 90.7 FM Los Angeles and the Pacifica Network.