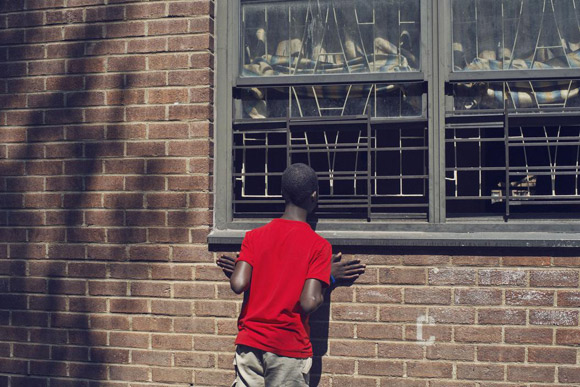 A century and a half ago, after the start of the Civil War, the federal government took up the question of reparations for slavery. The matter had been under discussion for years, both in the corridors of power and in the abolitionist movement, but it was only in 1862—with Congress dominated by Republicans after most Democratic members had joined the Confederacy—that it was possible to pass the Compensated Emancipation Act. It was the sole instance in which slavery reparations were authorized—and it compensated slaveholders in Washington, D.C., for the cost of emancipating their human chattel. The enslaved—the cornerstone of the South’s economy, the collateral that allowed Northern lenders to profit from the cotton trade, the involuntary producers of the raw material around which the textile industry was built—were given nothing but a deeply compromised facsimile of freedom.

Ta-Nehisi Coates’s magisterial essay in this month’s Atlantic has reintroduced the subject of reparations. But it would be a mistake to assume that it ever completely disappeared between that earlier episode, when the federal government disbursed funds to whites to offset the inconvenience of democracy, and our present moment, in which white families earn on average two dollars for every dollar earned by black ones. Coates’s sixteen-thousand-word story is a tour through the economic consequences of discrimination, which have compounded, over decades, into a kind of racial windfall for white Americans—so securely possessed that it is all but invisible, and incapable of being revoked by anything short of a massive redistributive program.

During an interview earlier this week at Buzzfeed, Shani Hilton asked Coates why he thought the essay had attracted so much attention—it set new records for traffic at the Atlantic’s Web site. Coates basically shrugged, and tossed the question to the audience. (“Because you wrote the hell out of it,” came one response.) But it is not a coincidence that this piece has resonated at this particular point in our history. As we near the end of the Obama administration, it has become possible to estimate the yield of the first black Presidency—and the dividends are far smaller than many had hoped.

Consider the fact that when the President unveiled his My Brother’s Keeperinitiative, designed to help “young men and boys of color facing tough odds reach their full potential,” he took pains to explain that its funding would come entirely from private sources. It’s not an indictment of Obama to observe that philanthropy, in this context, is effectively the opposite of reparations: it’s money given voluntarily for social betterment, not issued as recompense for a wrong. But it does say a great deal about the moment he inhabits, defined in part by the ersatz sincerity of our repeated calls to “move beyond race,” even as the President is dogged by ludicrous charges that his health-care reform was an attempt at stealth reparations.

Even in early 2008, at that heady moment when the thought of a black President became a real possibility, there was a cynical murmur among African-Americans that Obama’s election—like so many other examples of putative racial progress—would be widely understood as a kind of gift to black people. Jonathan Chait, of New York, betrayed that tendency earlier this spring, in the midst of a heated debate with Coates on the subject of black pathology. Chait argued, from on high:

It is hard to explain how the United States has progressed from chattel slavery to emancipation to the end of lynching to the end of legal segregation to electing an African-American president if America has “rarely” been the ally of African-Americans and “often” its nemesis. It is one thing to notice the persistence of racism, quite another to interpret the history of black America as mainly one of continuity rather than mainly one of progress.

This kind of rhetoric is akin to an abusive husband who cites the number of times he stopped beating his wife as a testament to his own high character. The tendency, in selective recollections of history, is to choose the version that looks most like an alibi—and it is for this reason that the conversation Coates has restarted is not really about reparations. It is, more fundamentally, about acknowledging the bastard history that would warrant reparations in the first place.

The unspoken divide between black people and white people—whether over reparations, affirmative action, or the question of paying N.C.A.A. athletes—comes down to a question of history. In one version, that history appears as an incremental movement toward equality after a long night of discrimination; in the other, history looks like a balance sheet, and the cumulative debits of sanctioned theft, enforced poverty, and scant opportunity far outweigh the inconsistent credits of good will. Few whites recall, for instance, that General William Sherman, during his March to the Sea, issued orders mandating the redistribution of land seized from Confederates, in forty-acre parcels, to newly emancipated black families. But within black America, that fact—and the fact that the orders were revoked following Lincoln’s assassination—is common knowledge, recalled with the bitterness of an outstanding debt.

Absent an understanding of this past, it’s possible—even entirely reasonable—to conclude that affirmative action represents a full recompense for the social engineering that produced a disproportionately black underclass in the United States. To the extent that the history remains obscured, the narrative looks like a lineage of failed handouts to a feckless and troublesome population, never quite capable of pulling themselves up, and mired in their own self-defeating ways. These deletions in our own history deliver various national oddities, like an overwhelmingly white Tea Party movement that is fixated on government encroachment on liberty and yet has almost no regard for the concerns of African-Americans, whose history is defined by the government-sanctioned theft of their freedom.

Congressional Republicans were certainly satisfied with themselves after passing the 1862 Emancipation Act: they had leveraged the power of government to end the scourge of slavery, and achieved it so cleverly that the phantom hope for compensation might entice slaveholding states to remain within the Union. Lincoln’s reputation as the greatest American President has much to do with his eloquence, fortitude, and foresight—but a portion of the esteem for him is derived from the fact that his Emancipation Proclamation enabled generations of Americans to focus on that singular act of ending slavery, not the two and half centuries in which this government and the colonies that preceded it had allowed human bondage to persist. Michele Bachmann’s statement that the founders “worked tirelessly” to end slavery was only factually wrong; emotionally it was a perfect rendering of the past to which most Americans—even those who know otherwise—subscribe out of emotional necessity.

Barack Obama is also a tall and thin attorney who served in the Illinois legislature, but this isn’t the only reason he can’t escape a comparison with Lincoln. There is, in his two terms, a similar volume of work left undone, despite the apparent racial hallmarks of his Presidency. From the vantage point of 2014, history was seemingly lying in wait for Obama from the moment he was sworn in. The pattern established by emancipation—in which black progress was valued chiefly in proportion to its ability to assuage white unease, in which self-congratulation became a national motif—remains with us.

The battles of the civil-rights movement were enormously contentious and divisive until they began to achieve victories; at that point, they became a useful means of allowing the country to forget its complicity in the state of affairs that had made the movement necessary in the first place. We know, or ought to know, how this story invariably ends. It’s worth recalling that Lincoln, in his initial draft of the Emancipation Proclamation, sought the repatriation of the freed slaves—thus rewarding black people who had helped save the Union with exile, while granting continued residence to the Confederates who tried to overthrow the government. In 2005, the United States Senate offered an apology for the decades during which it did nothing to halt the tide of lynchings that claimed the lives of nearly thirty-four hundred black people between 1880 and 1920. Yet that apology—which was tied directly to government inaction that facilitated terrorism directed at a subject population—was not accompanied by any order for compensation to the descendants of those victims. Once again, the point was not contrition, merely the appearance of it.

We are discussing reparations at this moment because in two years Barack Obama will leave the White House, having repaired the economic collapse that greeted his inauguration, but with African-Americans still unemployed at a rate twice that of whites, and struggling to see how this world differs from the status quo ante. Those who saw Obama’s election as redemption for slavery were off by fourteen decades: his election was supposed to expiate sins much closer to the surface, and therefore far more difficult, and far too expensive, to confront.

The point of Coates’s essay—and, ultimately, the point of this conversation, despite the political impossibility of enacting reparations—is a broader understanding of black poverty as the product of public policy and private theft facilitated by racism. The belief that blacks have been given too much is made possible by the refusal to countenance how much was actually taken away in the first place.

FACING THE TRUTH: THE CASE FOR REPARATIONS (with Ta-Nehisi Coates)

FACING THE TRUTH: THE CASE FOR REPARATIONS (with Ta-Nehisi Coates)
We Need Your Support — Donate, Share, Sign-Up Ways to Support