Whether Bernie Said it Or Not, A Woman Sadly Can’t Beat Trump

You Are Here: Home » Blog » Commentaries/Opinions » Whether Bernie Said it Or Not, A Woman Sadly Can’t Beat Trump 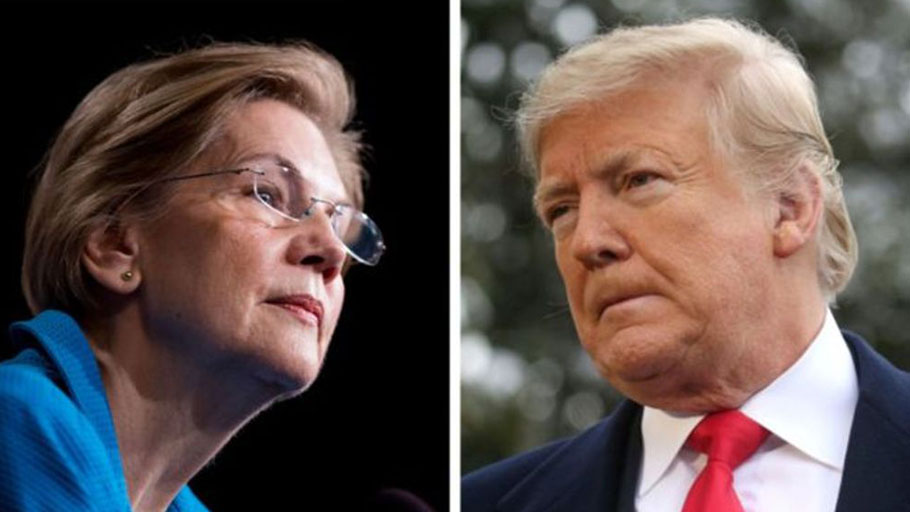 Whether Democratic presidential candidate Bernie Sanders told rival Elizabeth Warren that a woman couldn’t beat Trump is irrelevant. What is relevant is the bigger question can a woman? Even the faintest private utterance that that can’t happen brings the wrath of the heavens down on the head of anyone who dares make that utterance. But the brutal political reality at least at this juncture of the presidential political game is that whether the Democratic presidential nominee is Warren or Klobuchar, Trump would win.

True, most Democratic women voters will vote for either one of them. But then again, a lot of women won’t. One need look no further than Warren. Sanders has been royally raked over the coals for alleged sexist words, actions and deeds, and even lawsuits by and against his prior campaign workers. Yet, polls continually show that Bernie tops Warren in support among women. If Warren were the Democratic standard bearer she’d need to have as many women as possible backing her in the five states that will decide the White House to win. Trump’s coup in snagging tens of thousands of women voters in the 2016 presidential election made the difference in his win against a woman, Hillary Clinton. While Democratic women voted loyally for Clinton, they voted for her because she was a Democrat. It was a case of party loyalty first. They would have voted for whomever the Democratic candidate had been.

Much is made that a woman, Clinton, did beat Trump handily in the popular vote. But that is nothing more than a historic curiosity. Clinton won in only 19 states almost all on the coasts and in several hundred counties. This versus Trump’s win in 30 states and nearly 3000 counties. He won with the support of thousands of women voters and that was a huge factor in him winning the Electoral College and the presidency.

Early polls and surveys show that not much has changed. Many of the same women who backed Trump in 2016 will do it again. They’ll do it in part out of party loyalty, and in part out of the old notion still deeply ingrained in many women that the Oval Office is a man’s office. The idea is that the president must be tough, aggressive, and decisive, and that takes man. Yes, as repeatedly said hundreds of women have won seats in Congress and in legions of local elections over men. And yes, at that level it’s the long needed and awaited sea change in how many women see women candidates in head to head challenges versus men candidates.

However, there are thousands and Congressional and state offices but only one president. This is where the old thinking still rears up about the presidential office being a man’s office. In one poll nearly 70 percent of men and women were lukewarm at best in answering the question whether they thought women were “respected” in politics. One out of four respondents flatly said that there would never be a woman president, and the most optimistic thought it would take at least another five years before that happened.

Trump exploited that sentiment to the hilt. He may be the biggest sexist, misogynist, female abuser that ever sat in the White House. But he’s still seen as brash, tough, and outspoken. For many women, that seems to mark him as having the right stuff to be President. A Warren or Klobuchar would have to find a way to crack this deep engrained gender silliness.

Then there are the women who ultimately voted for Trump. Nearly half of the women who backed him didn’t fit the small town, small mind branding. They were college educated, middle class women who lived in the suburbs.

Warren is a tough, self-confidant presidential contender with big, thoughtful, plans for change. This should be enough to give her a legitimate shot to knock Trump out the box. Unfortunately, for the conservative women who backed Trump in 2016 it won’t. The test is whether there are enough other women who aren’t conservative or Democratic voters who see Warren and her program as one that they can back even though it comes from a woman.

No one really knows just how many women there are who really want to see a woman be president but who might hold back from backing Warren or Klobuchar in the Democratic primaries precisely because they’re scared stiff that a woman can’t beat Trump. The safer play seemingly for them to back a Biden or Sanders. A poll spun this by asking those who backed Warren if they could change anything about her what it would be. No surprise, gender was the runaway answer. Put simply, they’d be much more comfortable with her in a match up against Trump if she were a he.

Earl Ofari Hutchinson is an author and political analyst. He is the author of Who Can Beat Trump?: America’s Choice 2020https://www.amazon.com/dp/B07KVM86C6 He is a weekly co-host of the Al Sharpton Show on Radio One.