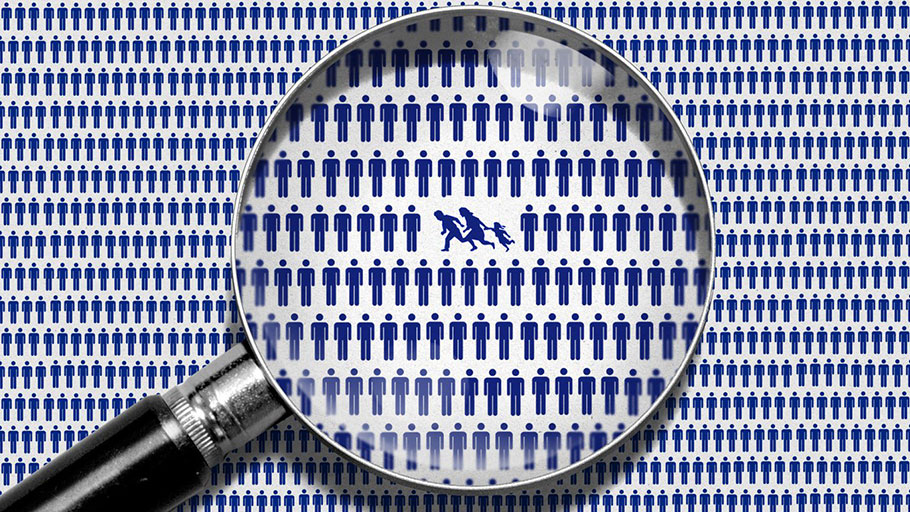 You Are Here: Home » Blog » Commentaries/Opinions » Who Counts?

In his first year in office, Donald Trump and his administration have launched a daunting number of direct and open attacks on long-respected American rights and freedoms—threatening immigrants, the media, health care, transgender rights in the military, and much else. But there have been other, indirect and behind-the-scenes attacks, too, which may be no less damaging to the United States in the long term.

Perhaps the most critical of these is aimed at the census. Under Article I, Section 2 of the Constitution, “the whole number of persons in each State” must be counted “every … ten years.” Based on these decennial census results, the government decides, among other things, what to spend on schools, where to direct funding for health care and infrastructure, and how to allocate our representatives in Congress and in state legislatures. But under the Trump administration, the census, which has serious implications for the rights and daily lives of all Americans, seems likely to prove to be both unfair and inaccurate, and its consequences will remain in place for at least the next ten years—until the next census.

The history of the census is controversial. As originally drafted, the constitutional provision calling for the decennial census followed the three-fifths clause, which stated that the count of citizens would include, in addition to “free Persons,” “three-fifths of all other Persons.” In other words, the census, as initially embedded in our founding document, was based on the dehumanization of enslaved people. Moreover, census results have in certain instances been improperly used. Most notoriously, during World War II the War Department used existing census records to compile a database of citizens and foreign nationals thought to be dangerous. This enabled the internment of Japanese-Americans after the attack on Pearl Harbor.

In the latter half of the twentieth century, the United States took significant steps to address these problems. In 1978, Congress passed legislation establishing the “72-Year Rule,” which prohibits the release of personally identifiable information about an individual until 72 years after it was collected for the decennial census. This rule and other privacy protections surrounding the census have been vigorously enforced: In 1980, for example, FBI agents went to a Census Bureau office in Colorado Springs with warrants authorizing them to seize documents there. They were turned away by a census employee, and the dispute escalated to include both the Census Bureau director and the director of the FBI. It ended with an agreement that only sworn census employees would review census documents, but that they would provide a report for the FBI—excluding all confidential information. And in 2000, Census Director Kenneth Prewitt apologized for the role that the census played in the internment of Japanese-Americans.

The census has also undergone changes in its design to achieve more accurate counts. Between 1970 and 2000, the Census Bureau used two questionnaires. Most households received a short-form version, which asked a limited number of questions. A smaller percentage of households also received a long-form questionnaire with additional questions, as part of an effort to assist with federal planning. Undercounting of demographic groups was a glaring issue: In 1970, for example, more than 6 percent of African Americans went uncounted, compared to 2 percent of whites.

For the 2010 census, a single questionnaire was used that had been modified to address concerns about undercounting. The Census Bureau took a number of innovative steps, including enlisting organizations to explain the importance of participating in the count, and buying additional advertising in locations where responses lagged. Undercounting, though improved, remained a problem: The 2010 census missed about 2.1 percent of black Americans and 1.5 percent of Latinos: about 1.5 million people. But the response rate rose to about 74 percent, up from 67 percent in 2000 and 65 percent in 1990.

In just over a year in office, the Trump administration
has threatened to undo the progress of two decades.

In just over a year in office, the Trump administration has threatened to undo the progress of two decades. Last fall, the White House expressed an interestin appointing Thomas Brunell for the Bureau’s vacant deputy directorship, a historically apolitical position that does not require Senate confirmation. Brunell, however, is far from apolitical. A University of Texas professor who has written a book titled Redistricting and Representation: Why Competitive Elections Are Bad for America, he has been an expert witness for Republicans in over a dozen gerrymandering cases in almost as many states—including Pennsylvania, North Carolina, Virginia, and Texas—in both the 2000 and 2010 cycle of redistricting litigation, and has also criticized the scientifically backed policy of statistically adjusting census results to account for undercounted populations. Although he is no longer under consideration for the position, this shows the mindset of the current administration. To make matters worse, Congress has repeatedly refused to appropriate the necessary funds to ensure an accurate count in 2020, despite the Government Accountability Office having put the census on its list of “high-risk” programs threatened by “waste, fraud, abuse, and mismanagement.”

The administration’s most worrisome move, however, is its attempt to include a citizenship question on the census. U.S. households have not been asked about citizenship on the main census questionnaire since 1950, when it included the query: “If foreign born, is the person naturalized?” And that’s not surprising given the original intent of the census. As Timothy Pickering wrote in a December 26, 1793, letter to Thomas Jefferson, the census was meant to be a “Census of Inhabitants,” not a census of citizens.

Today, the inclusion of a citizenship question on the 2020 census questionnaire will both lower the response rate of households and threaten the accuracy of the count. According to a September 2017 census memo, researchers conducting field tests last year noticed a “new phenomenon” of increased fear among immigrant participants. Many of them referenced concerns about the “Muslim ban” and Immigration and Customs Enforcement activities, which caused people to report inaccurate information or refuse to participate at all. The addition of a citizenship question would exacerbate this climate of fear among minority and immigrant populations and drive critical participation levels even lower.

Disturbingly, the reasons advanced by the Department of Justice for the citizenship question seem to be a veiled attempt to mask ulterior motives. Undercounting minority populations would shift electoral power and federal resources from urban population centers to rural areas that are more generally populated by Trump’s supporters. But the Trump administration has presented its request for a citizenship question as a good faith effort to enforce the Voting Rights Act. Citizenship data, Trump’s Justice Department wrote in December, is “critical” to enforce the VRA and to protect “against racial discrimination in voting.” But as attorney general, I did not—nor did my predecessors—request the addition of a citizenship question to the decennial census to enforce the VRA and did not need to: Data derived from the existing census process was perfectly adequate for any voting litigation that arose. Most telling to me is that the request for the citizenship question came not from the Voting Section of the Civil Rights Division (the component within DOJ responsible for enforcing voting rights law) but from the Justice Management Division, an administrative branch of the DOJ with little authority and expertise in voting rights. This irregularity reflects the Trump administration’s pattern of sidestepping DOJ norms and excluding knowledgeable stakeholders from crucial conversations. Once again, Donald Trump and his attorney general are rooting decisions in ideology, instead of expertise.

An inaccurate census would have devastating consequences
on the right to vote and to participate meaningfully in democracy.

An inaccurate census would have devastating consequences on the right to vote and to participate meaningfully in democracy. The apportionment of representatives to Congress depends on census data. States and municipalities rely on the census count not only to draw their congressional and state legislative districts but even to demarcate school districts. An inaccurate census affects which district you belong to, who represents you, and whether your vote will count.

The federal government also uses census data to distribute billions in federal money to the states. According to a study at The George Washington University, in 2015, the 50 states and the District of Columbia received $589.7 billion from 16 census-guided programs, including Medicaid, Highway Planning and Construction, and the National School Lunch Program. All but one of these programs serve populations deemed at risk, including low-income households, senior citizens, and children with special needs. Undercounting of the sort that would result from the Trump administration’s plans would lead to states and communities losing out on deserved and urgently needed funds to serve their most vulnerable populations.

There’s no hyperbole in saying that participation in the decennial census is one of our most important civic duties. Elections and resource allocations were meant to be decided by fair maps and accurate counts. But fair maps and appropriate funding both require a fair census. The attacks on the census process go beyond politics—they represent a major assault on representative American democracy.

Eric Holder is the 82nd attorney general of the United States and the chairman of the National Democratic Redistricting Committee.