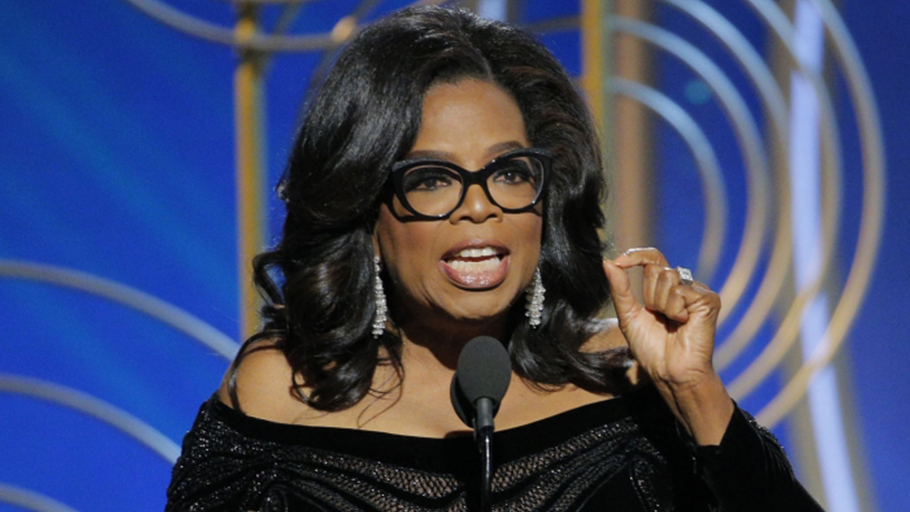 How does she stack up against Bernie Sanders, Elizabeth Warren and other Democratic candidates?

Oprah Winfrey’s rousing Golden Globes speech with its hopeful message, “a new day is on the horizon,” has lit up the internet with the #Oprah2020 hashtag and spontaneous expressions of support, as well as previews of how Republicans would go negative on her.

Winfrey, according to her longtime partner, Stedman Graham, is thinking seriously about the possibility, which means the world will be, too. CNN Money says the speech “sounded like the opening of a presidential campaign.” Bill O’Reilly says Democrats would be thrilled and two of Winfrey’s close friends told Brian Stelter Monday that she is “actively thinking” about running. #Oprah2020 is not a passing meme, but a coming story.

The social media reaction to Winfrey’s speech provides some data for a timely thought experiment: Is American ready for its second president in a row who excels at mass-market television?

The answer is, why not? The Trump presidency marks a unique breakdown of American constitutional government and requires a unique response. The rise of the internet and social media has transformed the electoral landscape, privileging candidates (like Trump) who can use the new media to establish a personal relationship with voters, unmediated by corrupted political parties and weakened news organizations.

Trump himself said he would consider Winfrey as a running mate when he was contemplating a run for the presidency in 1999.

Two decades later, the circumstances are more promising for a candidate from outside the Washington establishment.

The Democratic field for 2020 is crowded and the party’s increasingly liberal base is casting about for a winning candidate who breaks with the neoliberal Clinton tradition, which married Wall Street economics with progressive social politics. An electorally potent combination in the 1990s, Clintonism culminated in the uninspiring exhaustion of Hillary’s 2016 campaign, which enabled a buffoon to win the White House.

Democrats want a new face and a new agenda. Winfrey would bring unusual advantages to a presidential campaign: universal name recognition, a personal brand that embodies the intersection of success and empathy, a keen emotional intelligence married to business savvy, and a knack for understanding the American experience.

One challenge for any candidate is to distill an inspiring message into a slogan. Bill Clinton did it with his hokey but effective “Man from Hope” routine. Obama did it with his “Hope and Change” pitch in 2008. Winfrey’s evocation of “A new day is on the horizon” is not just a message for young girls from the #MeToo generation but a pretty good rallying cry for a country tired of the ignorance and indignity emanating from the White House.

Winfrey would also bring obvious disadvantages. She has no government experience and few known policy views, and she’s never run for public office—all of which applied to Donald Trump three years ago. Her race and gender are sure to inspire fear and hatred among some. And her enormous cultural profile will fuel negative campaigns featuring, among other things, her connections to Harvey Weinstein.

And her evident ability to coldcock a white male.

As a candidate, Winfrey is plausible but not untested, meaning she has a high bar to clear with Democratic and independent voters.

Bernie Sanders has the most credible claim to the Democratic nomination in 2020. He finished second last time, and Democrats usually give second-place finishers a chance at the top spot. Clinton finished second in 2008, and she inherited the nod eight years later. But Sanders will be 80 years old in January 2021, almost a decade older than Ronald Reagan when he took office in 1981. By the time Reagan was Sanders’ age, dementia and Alzheimer’s had set in. The health issue is unavoidable for Sanders.

What does Winfrey think of Sanders’ policy agenda? That’s a question the Democratic rank and file will be asking if she gets serious about running. If Winfrey were to endorse the broad outlines of the Sanders platform—free college, Medicare for All, and “fair trade”—she would win a lot of goodwill among the rank and file. And if Sanders endorsed her candidacy, she would vault to the front of the race.

A coming question: Does Sanders want to be the Democratic queenmaker of the 2020 presidential primaries? If Oprah is willing, Bernie would be able.

After Sanders, comes Massachusetts Senator Elizabeth Warren, also a favorite of the liberal base. Warren has raised the most money of any potential candidate and has a command of policy that is superior to Sanders, and probably to Winfrey’s. But Warren has not yet proven she can establish the kind of personal connection with voters nationally that propelled Obama and Trump. Winfrey already has that bond.

A second tier of Democratic candidates—Senators Cory Booker (N.J.), Kamala Harris (Calif.) and Kirsten Gillibrand (N.Y.)—offer the appeal of a fresh face and the liabilities that come with it.

Booker has a bad case of Wall Street-love, not a plus in the contemporary Democratic Party. Gillibrand has the ambition and strength  needed in any presidential race. The way she knocked fellow liberal Al Franken, a potential rival, out of the 2020 race was impressive, if not exactly kind. Harris does not yet have a distinctive political identity to match her obvious ambition.

Unlike Sanders and Warren, none of them can yet claim they would be a more deserving or stronger candidate than Winfrey.

Winfrey is a cultural force. Her endorsement of a rookie senator named Barack Obama in December 2007 was a key moment in his rise to power. At a time when black and feminist politicos were gathering around the supposedly inevitable candidacy of Hillary Clinton, she understood that there was a stronger candidate in the race. And she was right.

Winfrey’s challenge is to prove she can be an effective candidate, as opposed to an effortless talk show host. That means clearly articulating progressive public policy goals in the way that Bill Clinton and Barack Obama both excelled at. (The fact that Clinton and Obama did not always govern as progressives should be a reminder that Winfrey, if elected, might not be a progressive president either.)

Perfecting her personal appeal is not the challenge for Winfrey. Honing her political message is. What she needs to do, if she wants to be taken seriously as a would-be president, is to clarify her policy agenda.

Why is she running? What does she want to accomplish? These are the basics of What It Takes to run for president. And American political history is littered with seemingly strong candidates—Ted Kennedy in 1980, Mitt Romney in 2012—who fizzled because they lacked credible answers to those questions.

If Winfrey can answer those two questions to the satisfaction of the average Bernie Sanders voter, she’ll be the frontrunner for the Democratic presidential nomination in 2020.

Jefferson Morley is AlterNet’s Washington correspondent. He is the author of The Ghost: The Secret Life of CIA Spymaster James Jesus Angleton (St. Martin’s Press).

California Just Might Declare Itself a ‘Sanctuary State’ for Legal Weed