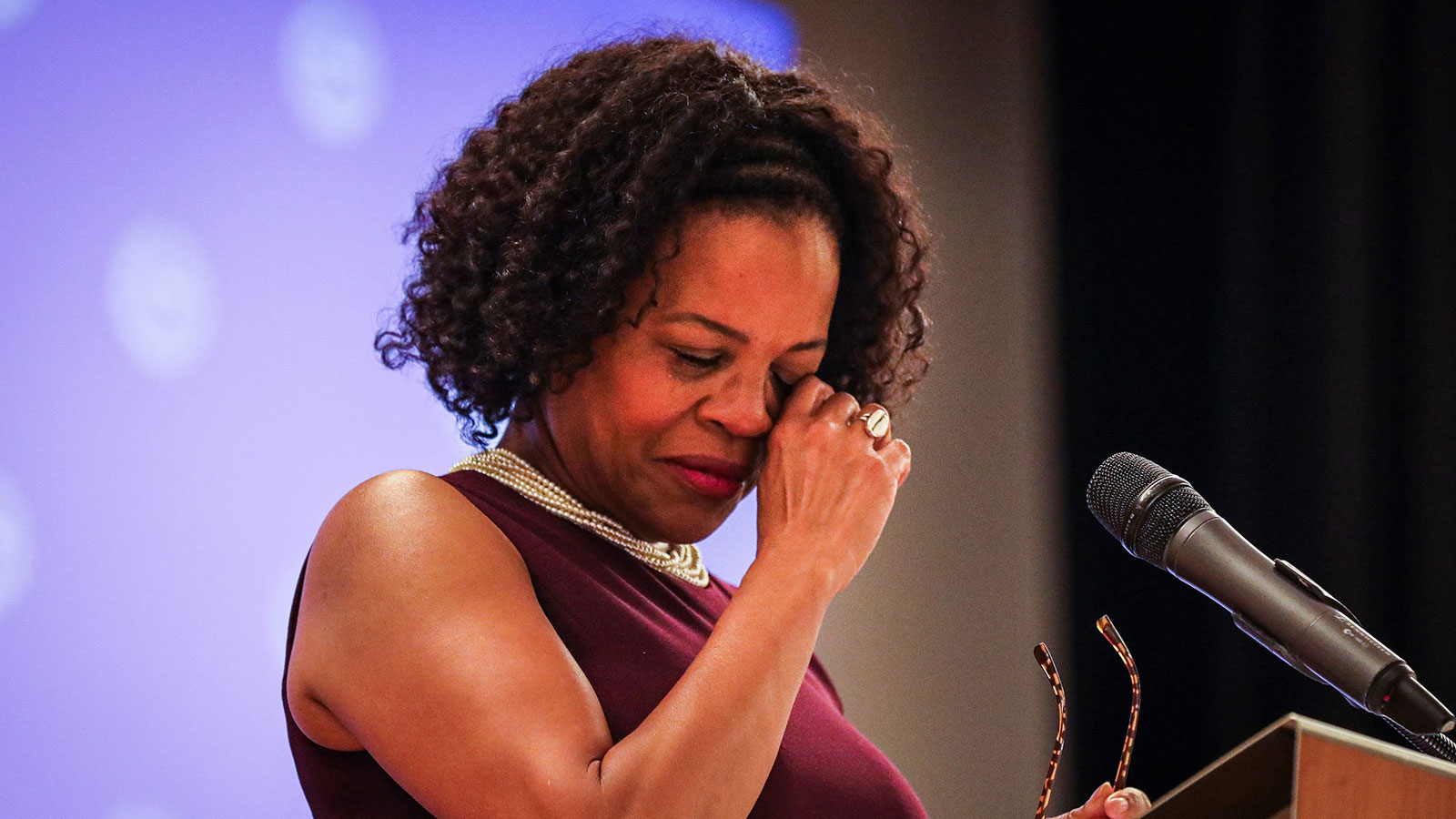 You Are Here: Home » Blog » Commentaries/Opinions » Why Boston will need to wait longer for its 1st elected Black mayor

Asian American Michelle Wu is Boston’s first elected mayor who isn’t a white man. While many celebrate the milestone, others lament that all the Black candidates failed.

For the first time in its history, Boston is inaugurating a newly-elected mayor on Tuesday who is not a white man. Michelle Wu – who’s Asian American — is the first woman and first person of color elected to lead the city. While many are hailing it as a major turning point, others see it as more of a disappointment that the three Black candidates in the race couldn’t even come close.

Many in Boston were hopeful that this would be the year, in this time of racial reckoning, that Boston might elect its first Black mayor, as most of the nation’s 30 largest cities have already done.

Three Black candidates were in the race, and one even had the advantage of running as an incumbent, after automatically inheriting the job – as an interim — when Mayor Marty Walsh left to become secretary of labor in the Biden administration. And yet, neither Acting Mayor Kim Janey, nor the others, even made it to the final runoff election this month.

“I got home, and I cried,” says Danny Rivera, an artist and civil rights activist in Boston. “I cried my eyes out because I don’t know the next time we’ll see a Black mayor in our city.”

“It is lived experience that matters most”

At Janey’s farewell address in Boston last week, Rivera says he was especially disappointed because of how poignant and relatable he found Janey’s personal history in Boston. As a girl, in the 1970s, she was among those bused into white neighborhood schools where Blacks were pelted with insults and rocks. Later, as a teenage mom, she struggled to make it when she was all but written off.

“I believe that it is lived experience that matters most, and what separated [Janey] from every other candidate,” he says. “That’s all super powerful, and I thought we missed the moment.”

Twenty-year-old Nia Ashleigh, a student at the Berklee School of Music, also felt let down that none of the Black candidates had enough support to be ultimately viable, but she says, she was not surprised.

“It’s just one of those things where it feels like what else is new?” she quipped.

Indeed, in the preliminary election, the three Black candidates combined got about three-quarters of the vote in areas of the city with the highest concentrations of people of color. But in the whitest areas, they won only about one quarter of the votes, according to an analysis of election results and Census data conducted by The MassINC Polling Group.

“I mean the data speaks for itself, and it’s troubling,” says former Massachusetts State Rep. Marie St. Fleur. Especially, she says, for a city still straining under a longtime reputation as racist.

“For those of us born or raised in Boston, and who lived through some of the darker days, the fact that we blinked at this moment is sadness,” she says. “At what point in the city of Boston will we be able to vote — and I’m going to be very clear here — for a Black person in that corner office?”

“We can only play race card for so many occasions”

To be sure, there were other factors, and fault, at play in the way the race turned out.

“We can only play race card for so many occasions,” asserts the Rev. Eugene Rivers, a longtime Black community leader. “I mean Black leadership failed to produce success even with an incumbent. We failed. Now that’s not on white people.”

Black leaders are already talking about taking lessons from incoming Mayor Wu’s successful campaign to improve their own political organizing and messaging and to increase Black turnout in future races. Some are also calling for a more coordinated strategy to coalesce behind a single Black candidate, to avoid splitting the vote as happened this year. But others bristle at the idea of expecting any Black candidate to drop out of a race because there are too many of them.

Paris Jeffries says he also feels “grief” that a Black candidate didn’t make the cut this year. But while important symbolically and psychically, he says, a candidate’s race should not be the determinant in any race.

“In this anti-racist discourse, I don’t think we’re going to find identical twins of our experience in order for [candidates] to empathize,” he says. “I think we have to start creating a larger tent and find common ground together.”

It’s a theme incoming Wu has struck throughout her campaign, and again, when she was asked about it as she attended Janey’s farewell address. 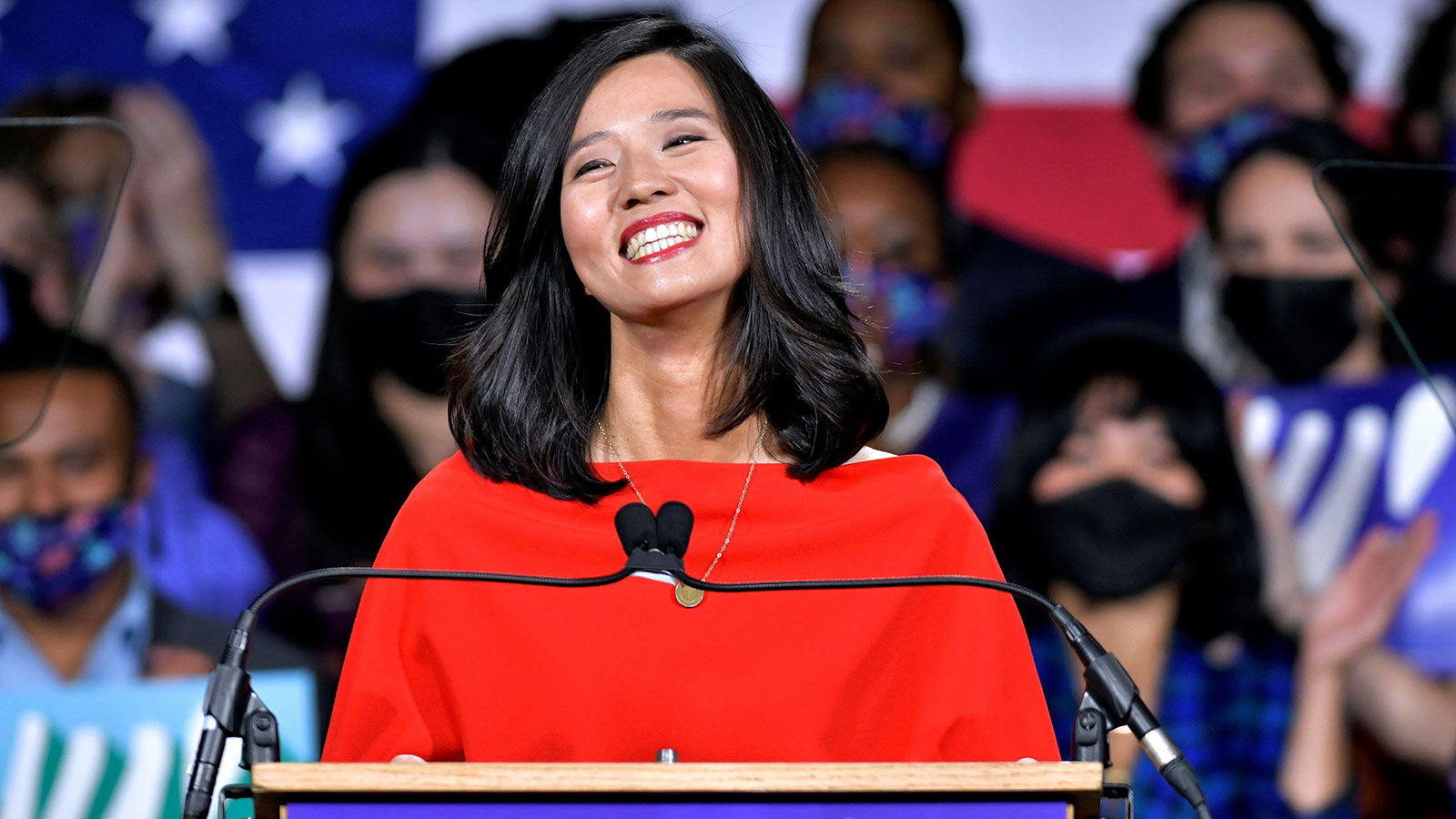 “I expect that the Black community, will hold her accountable”

“I have heard and want to continue acknowledging the disappointment of many in our community who wish to see representatives of the Black community,” she said. “We will continue working to meet this moment to take on systemic racism and the barriers that have been perpetuated for far too long.”

Boston voters, like Pam Cannon of Roxbury, will be watching.

“I’m going to hold her to it,” Cannon says. “I’ll make sure she comes to my neighborhood. I’ll be calling her up. I’m going to be checking in with her.”

So will Rep. Ayanna Pressley, D-Mass., who endorsed Wu in the final election, after all three of the Black candidates had been eliminated.

“I don’t give anyone anything,” Pressley said, as she also attended Janey’s farewell address. “[Wu] earned my endorsement, but she earned it because she is prepared to be honest about the disparate outcomes across every issue, and I expect that the Black community, will hold her accountable. Because this is about changing the legacy of the city of Boston.”

“We’re not going to put our head down and we’re not going to walk around like we lost,” Jackson says. “[Janey] advanced the issues that I brought up four years ago, that no one wanted to touch” before the death of George Floyd put new focus on racial equity and justice in America. “But those issues were in the forefront this go-around.”

For her part, outgoing Acting Mayor Janey struck a similar message, insisting her time in the corner office did push Boston forward and left the city better off than it had been, largely because she approached every issue —from housing to schools and health care — “through a lens of racial equity.”

Still, she adds, “There’s a lot more work to do, when it comes to all our ‘-isms,” in Boston and across the country.

Featured image: Mayor Kim Janey wipes away tears as she delivers a farewell address in Roxburys Hibernian Hall in Boston, marking her historic term as the first woman and first Black mayor of Boston on Nov. 10. (Boston Globe)