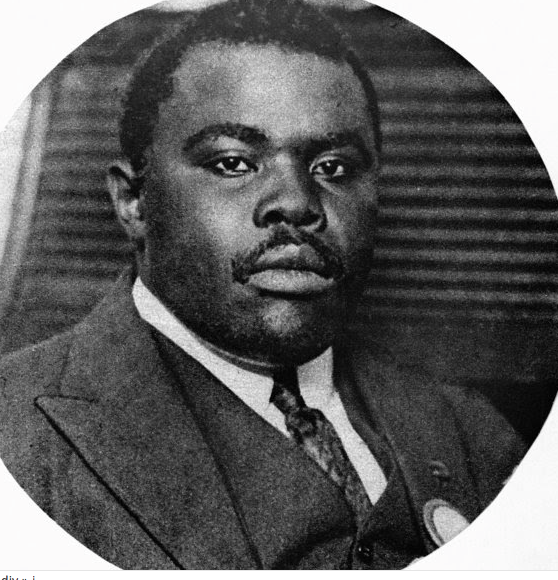 Why We Need A Posthumous Presidential Pardon For Marcus Garvey

You Are Here: Home » Blog » Commentaries/Opinions » Why We Need A Posthumous Presidential Pardon For Marcus Garvey

(Board-certified surgeon, leading the effort to secure a posthumous Presidential pardon for his father and civil rights leader, Marcus Garvey).

Marcus Garvey was born in 1887 in Jamaica. This was two years after the Berlin Conference that divided the African continent among the major European countries and 50 years after the end of the slave trade. Garvey’s purposeful goal was to redeem African humanity and reconstruct African civilization. He launched the Universal Negro Improvement Association and African Communities League in 1914.

During my father’s lifetime, which ended at age 53 in 1940, Marcus Garvey gathered millions of followers worldwide and was the forerunner of the Civil Rights Movement and an anti-colonial champion in the Caribbean and Africa. Along the way, he influenced ground-breakers who would become historic figures across Africa including Kwame Nkrumah (who led Ghana to independence and served as the first Prime Minister and President), Jomo Kenyatta (who led Kenya to independence and was the first President and Prime Minister), Sam Nujoma (who served three terms as President of Namibia), and Nnamdi Azikiwe (a leader in modern Nigerian nationalism), and Nelson Mandela who is revered and beloved all over the world. Just as importantly, in the U.S., Garvey influenced our historic social justice and civil rights leaders, Malcolm X Shabazz and Martin Luther King, Jr.

Marcus Garvey is honored across the globe with statues, streets and parks named after him, multiple volumes of books written about his ideas, work and dedication to the liberation of people of African ancestry.  He is the first national hero of Jamaica and is the only Black leader honored by the Organization of American States. He was named by a leading British academic one of the fifty greatest political thinkers of all time. Yet, almost 100 years after a grave miscarriage of justice, he is still considered a criminal in the U.S.

Marcus Garvey led a movement which espoused Black pride and Black self-reliance, economic independence and Black unity. These same ideas and actions today would be admired and supported as peaceful, positive and forward-thinking. Not so in the 1920s when the goal of African independence alienated him from many who favored the status quo. This included the very powerful J. Edgar Hoover who targeted Marcus Garvey as his prominence continued to grow as the major leader of the African American community. During the entire month of August 1920, Marcus Garvey’s U.N.I.A.-ACL organization held its first international convention in New York City. An estimated 25,000 Black people attended the opening of the convention held at Madison Square Garden. They came from all over the world and delegations from 25 African countries were in attendance. They deliberated for the entire month of August and promulgated the Declaration of the Rights of the Negro People of the World as well as a structure for the international unity for African people.

Marcus Garvey was an innovative entrepreneur and began the Black Star Line Shipping Company created to facilitate the transportation of goods and people throughout the African global Diaspora. It was for this initiative that J. Edgar Hoover charged Marcus Garvey and three others with conspiracy to defraud. The fact that Marcus Garvey was the only one found guilty, and not the 3 others, is the real proof that this was all about his politics and not the truth. Through a trial replete with perjury, judicial misconduct and the evidence of an empty envelope, Hoover achieved his aim with Marcus Garvey serving 2 ½ years in federal prison in Atlanta, being deported, never permitted to return to the U.S.

Over the years much has been discovered and written about the nefarious tactics of Hoover, but it’s been almost 100 years and nothing has been done about the grave miscarriage of justice for Marcus Garvey.

The legacy of my father, Marcus Garvey, is a remarkable one as the foremost Pan Africanist of the first half of the 20th century. Today, his ideas and leadership are embraced, praised and honored, yet a cloud of criminality tarnishes his legacy, which is why a posthumous Presidential pardon is necessary.

Justice has been delayed but it should not be denied. The time is now.