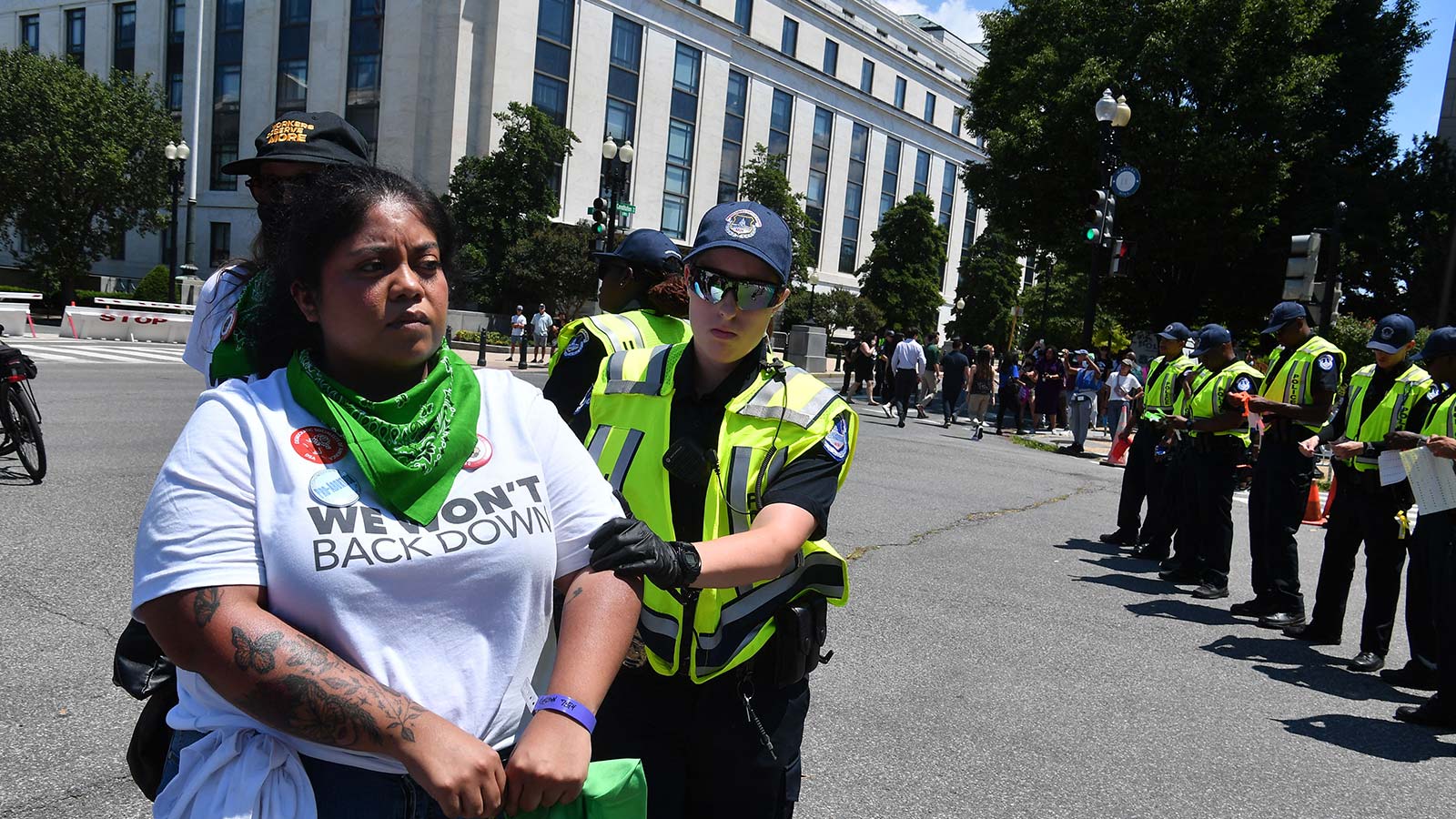 You Are Here: Home » Blog » Editors' Choice » Access to reproductive health care has been harder for Black and brown women – overturning Roe made it harder

By overturning Roe v. Wade, the US Supreme Court has thrown the issue of abortion back to the states – and made it harder for Black and brown women to have access to reproductive health services.

By Kimala Price, The Conversation —

And even though judges blocked the enforcement of “trigger” abortion bans in three states, more bans in other states are expected in the coming weeks. It is believed that 26 states are likely to ban abortions.

Abortion will likely remain legal in 20 states – and the District of Columbia – with 14 of these states having recently enacted legislation that has enhanced access to abortion.

What will be the impact of these bans, especially on women of color and other marginalized communities?

As a scholar who studies reproductive policy and politics, reproductive justice and social movements, I have always been aware that even when Roe was in place, women of color, women in rural areas and women in poverty have had difficulty obtaining reproductive health services, including abortion.

Additionally, the debate over abortion often overshadows the other reproductive health inequities, such as high pregnancy-related complications and deaths, that women of color face.

This recent decision will only widen these gaps.

Since the early 1980s, there has been a general decline in the abortion rate in the United States, despite claims to the contrary by anti-abortion advocates.

However, African American and Latina women do have disproportionately higher rates of abortion than their white counterparts.

Additionally, low-income women account for 75% of all abortion procedures.

According to public health researchers Christine Dehlendorf, Lisa H. Harris and Tracy A. Weitz, these higher rates are attributed to the higher rates of unintended pregnancies among these groups, which itself is attributed to limited access to health services.

Poor people and people of color are more likely to live in contraceptive “deserts,” places where the number of health centers offering the full range of contraceptive methods is not enough to meet the contraceptive needs of the people who live in those places.

The proliferation of these deserts was worsened by policies enacted by the Trump-Pence administration that limited family planning funding to clinics.

The mortality rate for white infants is 4.5 deaths per 100,000 live births, compared with 10.6 for African American infants and 7.9 for Native Americans/Native Alaskan infants.

Additionally, African American, Native American and Native Alaskan women are the most likely to die from pregnancy-related complications.

As a study by Lynn Paltrow and Jeanne Flavin has shown, poor women of color are the most likely to be arrested and prosecuted for homicide, manslaughter and child endangerment while pregnant.

These charges are often made after a woman has terminated a pregnancy, refused to consent to a medically unnecessary cesarean section, endured a miscarriage or stillbirth or tested positive for illegal drug use.

By 1937, 32 states had enacted laws that authorized the sterilization of people who were deemed “unfit” to reproduce, including immigrants, racial and ethnic minorities, poor people, unmarried women, people with disabilities, people with mental health issues and people with criminal records.

As historian Alexandra Stern explains, this practice was viewed as “a necessary public health intervention that would protect society from deleterious genes and the social and economic costs of managing ‘degenerate stock.’”

Many were sterilized without their full, informed consent.

Although most of these formal sterilization laws were abolished by the mid-1980s, this practice, unfortunately, is still happening, as reports about sterilization abuse in detention centers run by Immigration and Customs Enforcement have surfaced.

In the coming months and years, we will see more women traveling to terminate their pregnancies – to states such as California, Colorado and New York, where abortion is likely to remain legal.

But long-distance travel may not be a viable option for those who cannot afford the costs or time off from work or who may not be able to secure child care for their children.

Studies have shown that travel distance is a major barrier to obtaining abortions, as women will forgo an abortion if they must travel more than 50 miles to the nearest clinic.

As with their pre-Roe predecessors, many women may decide to self-induce abortions out of necessity and desperation.

This can make them even more vulnerable to charges of fetal homicide if they are discovered.

Studies have also shown that unsafe abortions can lead to serious health risks, including hemorrhage, infection, infertility and death.

Anti-abortion advocates have pushed adoption as a solution for unintended pregnancy, but this is not a realistic option for people of color.

Among the more than 400,000 children in the foster care system, children of color are the least likely to be adopted.

These children linger in the foster care system.

In his concurring opinion in Dobbs, Justice Clarence Thomas argued that the court should reconsider reversing other related landmark rulings, including access to contraception in Griswold v. Connecticut, LGBTQ+ sexual behavior and sodomy laws in Lawrence v. Texas and same-sex marriage in Obergefell v. Hodges.

Thomas’ sentiments reveal a broader ultraconservative agenda to roll back the social and political gains that marginalized communities have won since the 1960s.

In my view, if Thomas gets his wish, women of color will see further erosion of their personal autonomy and right to make the fundamental decisions about the most intimate aspects of their lives.

Featured image: An abortion rights activists is detained on June 30, 2022, during a rally near the U.S. Supreme Court in Washington, D.C. Nicholas Kamm/AFP via Getty Images)