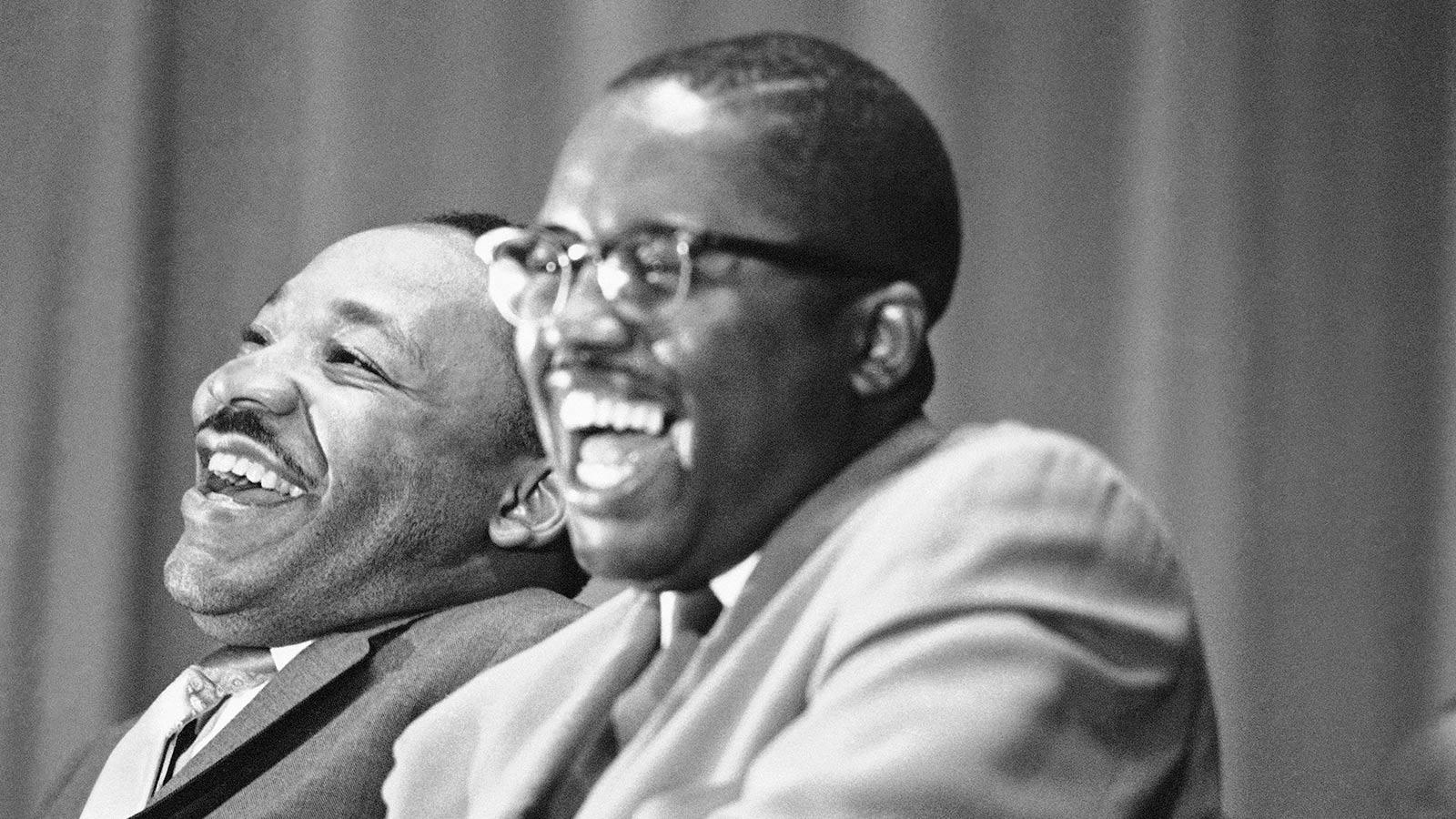 Fred Gray, the ‘chief counsel for the protest movement,’ to get Medal of Freedom for his civil rights work

You Are Here: Home » Blog » News & Current Affairs » Fred Gray, the ‘chief counsel for the protest movement,’ to get Medal of Freedom for his civil rights work

When Rosa Parks was arrested for sitting in the front of a bus in Montgomery, Fred Gray was her lawyer. Now he’s being honored for a lifetime of civil rights advocacy.

By Jonathan Entin, The Conversation —

Over the past seven decades, longtime Alabama civil rights lawyer Fred Gray represented Rosa Parks, Martin Luther King Jr. and the victims of the infamous Tuskegee syphilis experiment, in which the U.S. Public Health Service refused for decades to provide readily available treatment to Black men who had the disease.

Gray played important roles in landmark Supreme Court decisions that outlawed segregated public transit and affirmed the strategy of the Montgomery bus boycott organizers. He protected the freedom of association guaranteed by the First Amendment by preventing Alabama officials from obtaining the NAACP’s membership list. He argued in the Supreme Court a case on racial gerrymandering that redefined the city boundaries to exclude 400 Black people – but no white people – from the city limits of Tuskegee, Alabama, which set the stage for the one-person, one-vote rule that governs redistricting after every census. And when state and local segregationist leaders in Alabama sued the national press and local civil rights leaders, Gray’s legal efforts afforded strong constitutional protection to critics of public officials and government policy.

As a scholar of constitutional law and civil rights, I understand that Fred Gray has had an enormous impact on American law and society. His cases are taught in every law school in the country, and his work has led to fundamental reforms in legal doctrine and helped to cement important changes in the lives of ordinary people all over the country.

I’m not the only person to recognize Gray’s enormous contributions: Martin Luther King Jr. called him “the brilliant young Negro who later became the chief counsel for the protest movement.” And on July 7, Gray will receive the Presidential Medal of Freedom, the highest civilian honor in the nation, from President Joe Biden. 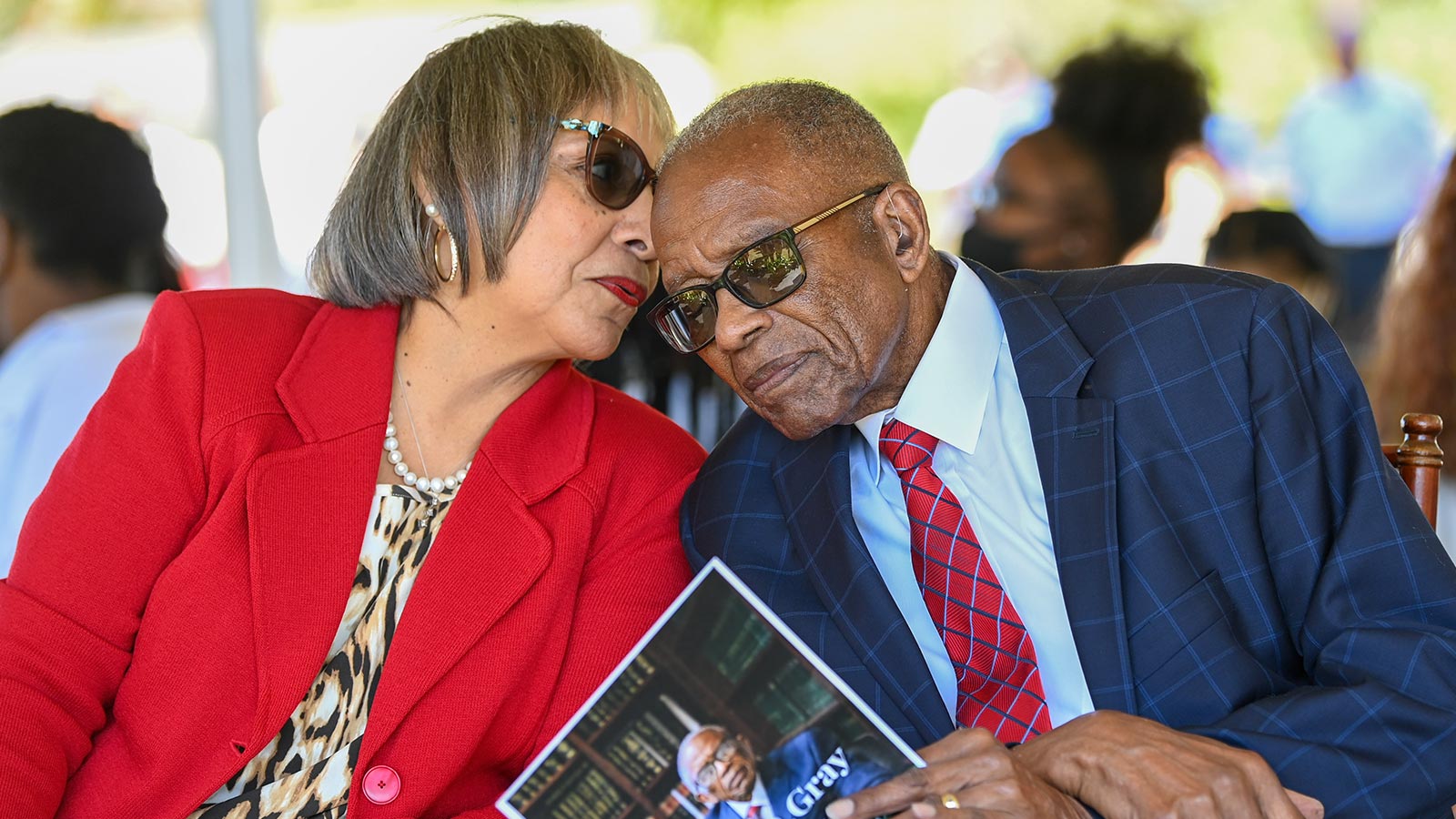 At an October 2021 ceremony, the city of Montgomery, Alabama, changed the name of W. Jeff Davis Avenue – named after the Confederate leader – to Fred D. Gray Avenue; it was where Gray, right, listening to his wife, Carol, grew up. Julie Bennett/Getty Images

Remarkably, Fred Gray did not plan on becoming a lawyer.

The youngest of five children, whose father died just after his second birthday in December 1932, he aimed for the ministry as one of the few professions open to Black men at the time. He attended a church-sponsored high school in Nashville and traveled around the country with the school’s president as a boy preacher.

But that ambition changed during his junior year at what was then called Alabama State College for Negroes – now Alabama State University. Fed up with degrading treatment on Montgomery’s segregated buses, Gray wrote in a memoir: “I concluded that in addition to being a minister and trying to save souls for eternity, that in the here and now African Americans were entitled to all the rights provided by the Constitution of the United States of America. Therefore, I decided I would become a lawyer.” 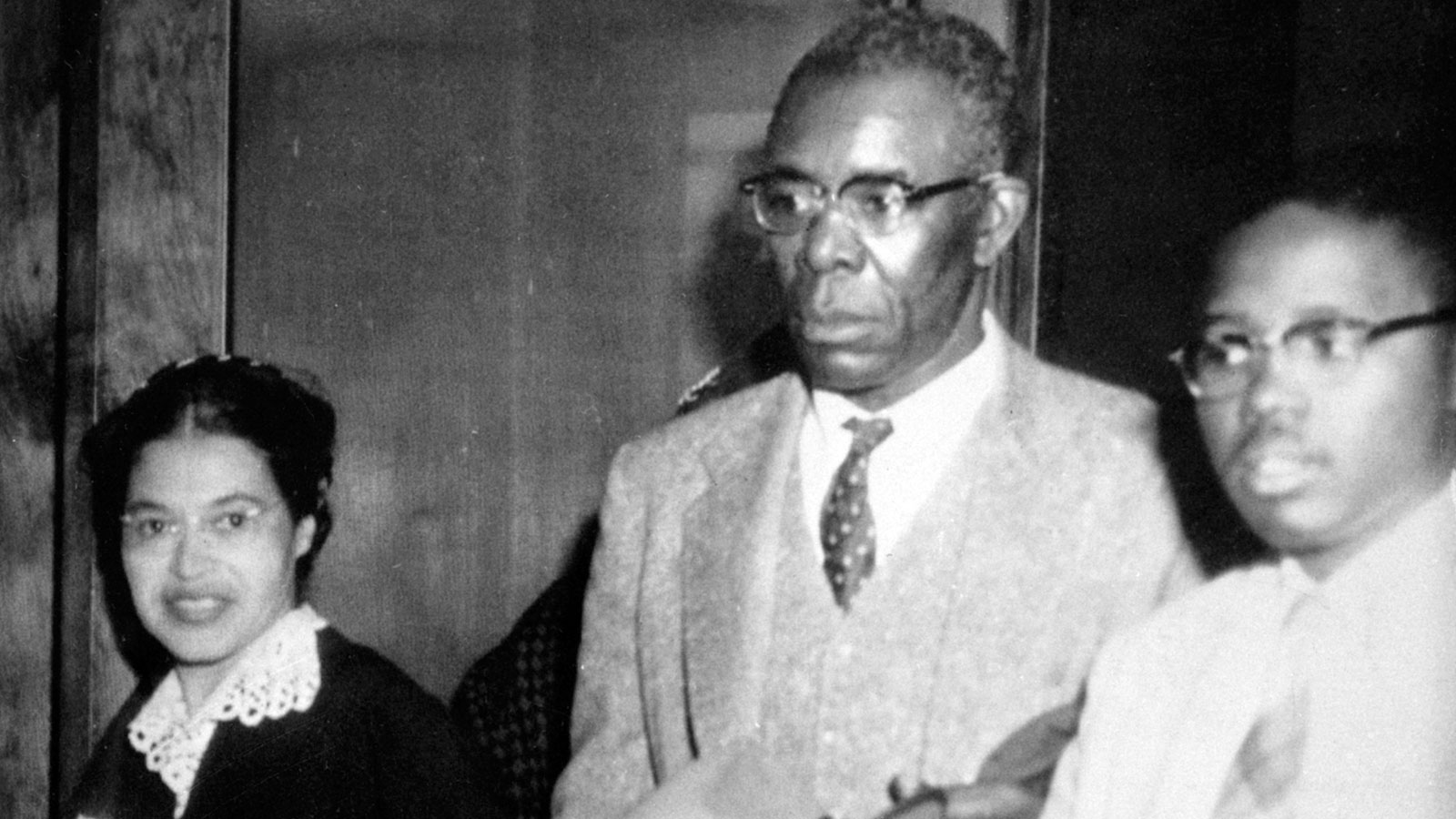 He would go to law school, he wrote, “determined to destroy everything segregated that I could find.” And there were plenty of segregated things to destroy: rigid segregation of housing, education and jobs, and almost no Black people were allowed to vote anywhere in Alabama.

But fulfilling this ambition would be a real challenge. No law school in Alabama admitted Black students. Although he almost certainly could have won a lawsuit to force his admission to the University of Alabama, he realized that the authorities would find some excuse to prevent him from graduating or getting admitted to the bar.

So Gray enrolled in law school at what is now known as Case Western Reserve University in Cleveland, mainly because he could work part time while going to school. “In September of 1951, with barely enough money to cover expenses, I took a segregated train to Cleveland to begin law studies,” he wrote in his memoir.

After getting his law degree in 1954, he moved back home to Montgomery. Then he faced the daunting task of obtaining character references from five experienced local lawyers before he could sit for the Alabama bar exam. The problem was that there were fewer than five experienced Black lawyers in the state at the time. But several white lawyers – notably Clifford Durr, a leading New Deal attorney and brother-in-law of Supreme Court Justice Hugo Black – supported his application.

But no white lawyer would employ him, and there was only one other Black lawyer in Montgomery. So he rented a small office from a Black minister who served as an adviser and helped refer clients to him.

More important, he became active in the NAACP, where he got to know Rosa Parks and other leading civil rights activists. This made him the go-to lawyer for the movement and set him on the path of fulfilling his ambition to destroy segregation.

From his base in Montgomery, Gray represented sit-in demonstrators arrested for protesting segregated lunch counters, and freedom riders, the demonstrators – white and Black – who rode buses throughout the South to protest segregation on buses and in terminals. 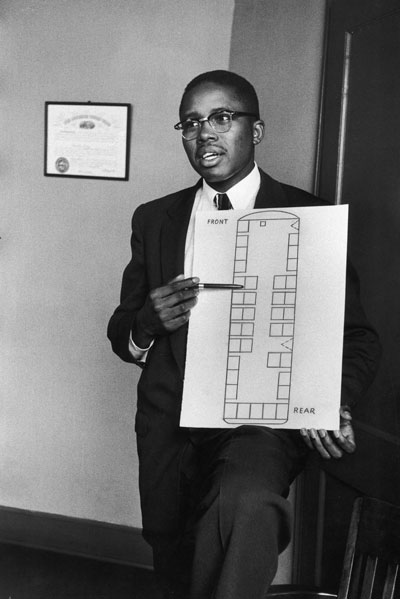 Fred Gray shows a diagram of a bus to help illustrate the ultimately successful case he brought on behalf of Black people in Montgomery, Alabama, to desegregate the city’s bus system, in February 1956. Photo by Don Cravens/Getty Images

Gray’s legal work desegregated state universities and public schools throughout Alabama. He filed the lawsuit that allowed the Selma-to-Montgomery march to proceed after the police violence against marchers on what became known as Bloody Sunday. That march led to the passage of the Voting Rights Act. Then, Gray won some of the most important early cases testing the law’s promise that Black people could no longer be disenfranchised.

Gray knew that his efforts would incur the wrath of the white power structure. And that wrath was not long in coming.

For example, state authorities in 1956, at the height of the bus protest, indicted him for stirring up civil rights lawsuits, which could have resulted in his law license’s being lifted. The charges were dismissed almost immediately because it was clear that the state had no case on the merits and lacked jurisdiction to prosecute him. Later that year, the local draft board tried to induct him into the Army. The national director of selective service, Gen. Lewis Hershey, squashed that gambit.

At age 91, Gray is still practicing law full time – while the U.S. still faces enormous challenges tackling systemic racism. That’s a point not lost on Gray even after a lifetime of success in fighting segregation.

In an interview he gave to USA Today in 2005 to mark the opening of a Smithsonian exhibit on the Montgomery bus boycott, Gray said, “My interest and my concern is not so much to … commemorate what happened 50 years ago but to look at where we are now. We have to realize racism is not going to go away by itself.”