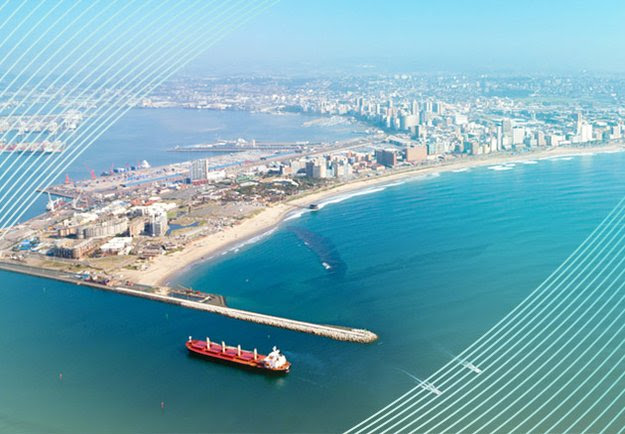 Any one of these innovations alone will be as disruptive. But together, they have the power to reshape how we think of and build the most basic systems and organizations in our economies and societies: whether it’s how we organize business operations, develop our energy grids, run transportation systems, or structure interactions between citizens and governments.

Few places are better positioned to benefit from this convergence than Africa. Because of the comparative immaturity of its physical, governmental and economic infrastructures, these technologies have the potential to create greater benefits there than anywhere else.

At the same time, Africa has the need — and the economic ability — to make the most of these innovations. Many regions are thriving as trade increases at double-digit rates, as national economies continue to experience growth and as infrastructure improvements connect Africans to the rest of the world.

Yet, these cities face the dual challenge of managing economic growth and the urbanization following hard on its heels. Africa’s metropolitan areas are undergoing their fastest phase of urbanization ever, creating pressure that could cause existing systems and services to buckle and break.

Recently, IBM spent time focusing on one city: Accra, Ghana, mapping out how these new technologies could be used in novel ways to tackle the challenges of a fast-growing African city.

Accra, a sprawling port city on the Atlantic Ocean, is a remarkable case study: it is an industrial and commercial hub, and the administrative capital of Ghana, which is one of the fastest-growing economies in the world, propelled by an emerging oil and gas industry, a growing consumer class, and investors flocking to the city. As a result, the city’s population is exploding, increasing 35% during the past decade to slightly over three million citizens.

This economic and urban boom is putting Accra’s existing public infrastructure systems — from transportation, to water, sanitation, energy, healthcare, public safety, education and administration — under increasing strain. For instance, 90% of all transportation in Accra is by road, but 70% of the vehicles carry only 30% of the people, creating hours-long traffic jams.

At the same time, an inability to collect taxes and chronic inefficiencies in revenue management, with an estimated 50% of revenues unpaid, is undercutting Accra’s ability to respond to these rising demands on public services.

In its report, IBM outlined the role technology could play in a variety of areas to address these issues:

Tax collection gap
Mobile systems could help tackle the issue of revenue collections and generation, making it easier for individuals and businesses to pay taxes electronically. Hosting city services in the cloud would lead to a more transparent and cost-effective system, while applying big data analytics would make it easier to track fraud and people who aren’t paying taxes.

Transportation headache
Together, Big Data, analytics, and mobile systems can help provide a better understanding of the flow of traffic and bottlenecks on the streets and highways of Accra, providing the kinds of insights that can be used, along with other technologies, such as smart and networked traffic lights, to create new maps for directing traffic and constructing new transportation systems.

Smart energy
Ghana has grown so fast in recent years that electricity supply has become a serious problem, leading to frequent blackouts. Smart meters and smart grids could monitor and manage electricity distribution, while diversifying energy supplies could balance the load. For example, telco provider Airtel is piloting the use of wind and solar power as a backup to grid power for its mobile stations.

Accra’s rapid economic and demographic growth underscores the great possibilities and challenges faced by so many cities in Africa.

National and sub-national governments will increasingly collaborate with private and nongovernmental organizations to upgrade and plug Africa’s infrastructure deficit, replacing Africa’s numerous legacy systems with modern technology, systems and processes. And because extant technologies exist to address individual country needs, the continent may very well leapfrog some of the world’s more advanced economies.

Joe K. Mensah is Country General Manager of IBM Ghana Ltd., responsible for business operations and growth strategies for that country. Previously he held executive positions for IBM in Sales in Services in the U.S. A native Ghanian, he has both a bachelor’s of science degree in Chemical Engineering and an MBA from Yale University.